Riding has been a little sparse lately, maybe a 30 mile a day average over the last few weeks, but why rush!

That little blip to the east between Hidalgo and Zitacuaro was a side trip to Angangeo to find butterflies. We found a nice little place to stay on google maps with a recommendation from @michnus so it either had to be good or have a beer close by…it was both!

We were there late in the day but we still headed up to the Mariposa Biosphere, arriving at 3.45pm a local told us it’s around a one hour walk to the top, he advised a horse for the uphill climb.

We both are used the power of the mighty DR650 and also one horsepower, so time to saddle up.

The guys that own the horses go with you and walk the horse and control it by its tail, they told us they go up around 10-15 times per day at the horses walking and trotting pace starting at 9500 feet and riding to around 12,000…no beer bellies on these guys 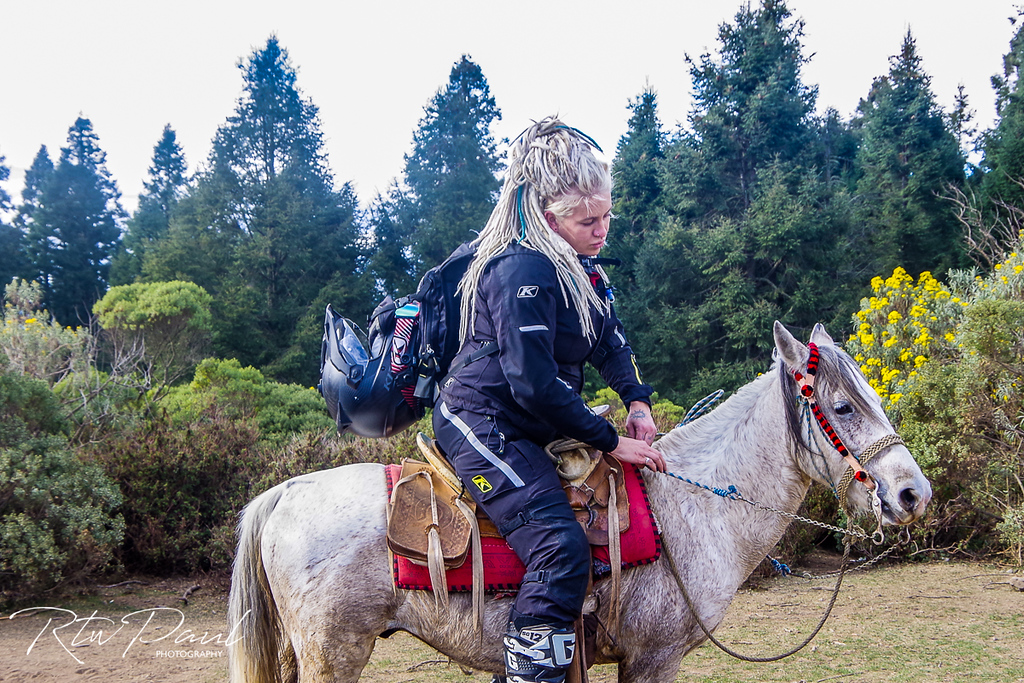 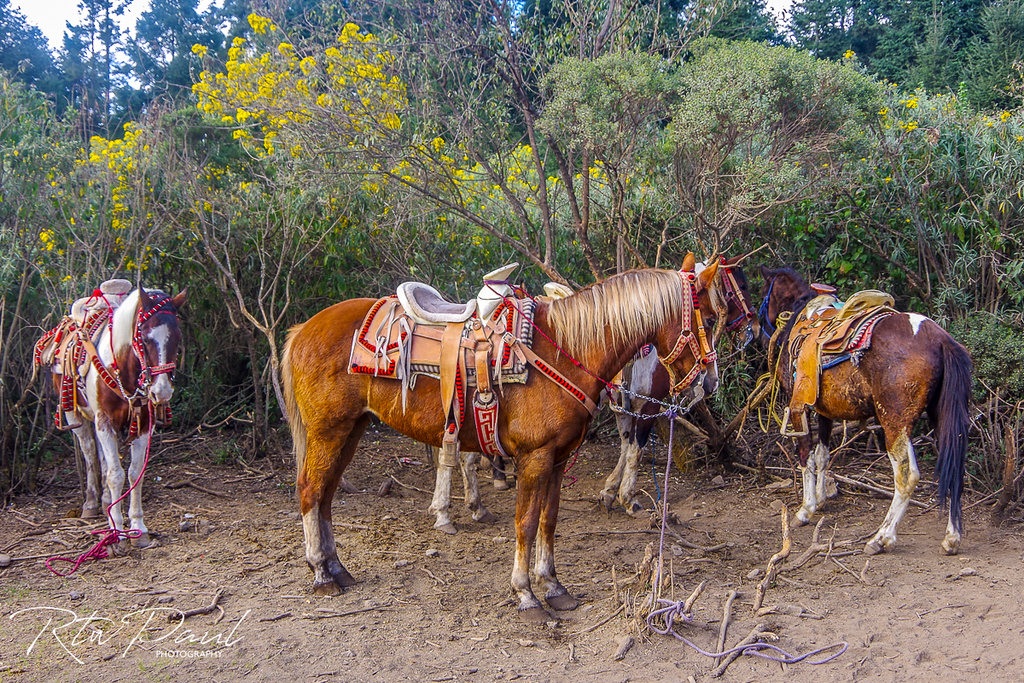 We get off thinking we are near the top…we’re not! We are only halfway, the horses can’t go any further in case they upset the butterfly colony, so now we have to walk…doh!

The crucial snippet of information that we didn’t hear from anyone was – if its cloudy (it was) there will only be a few butterflies, if it’s sunny there are the potential of millions in the area, I guess you can only get a few in one shot, is what I was telling my self 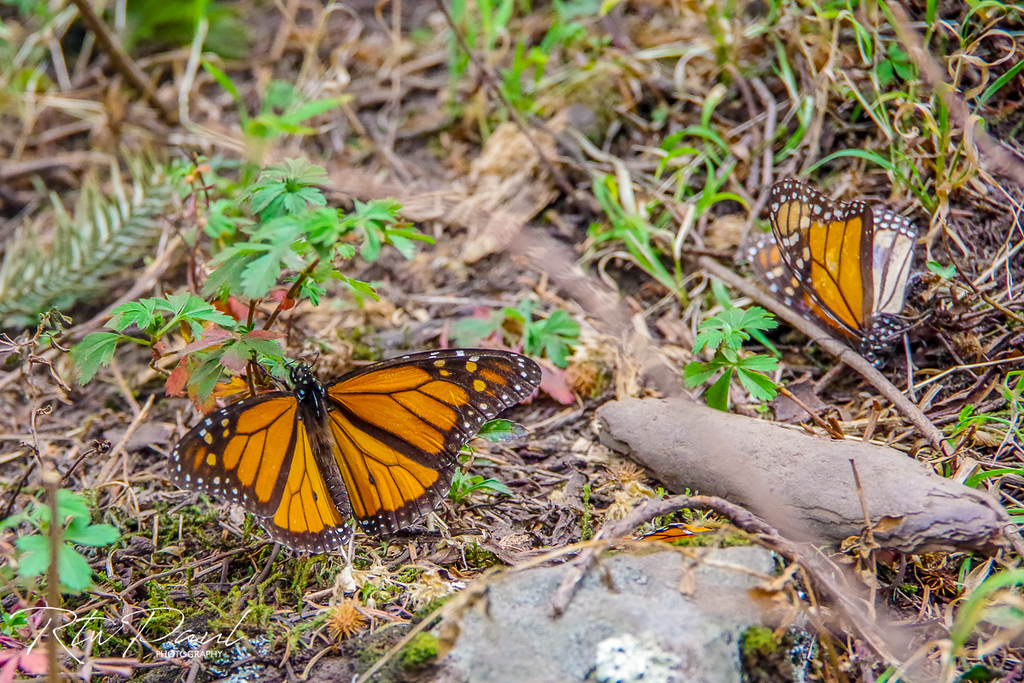 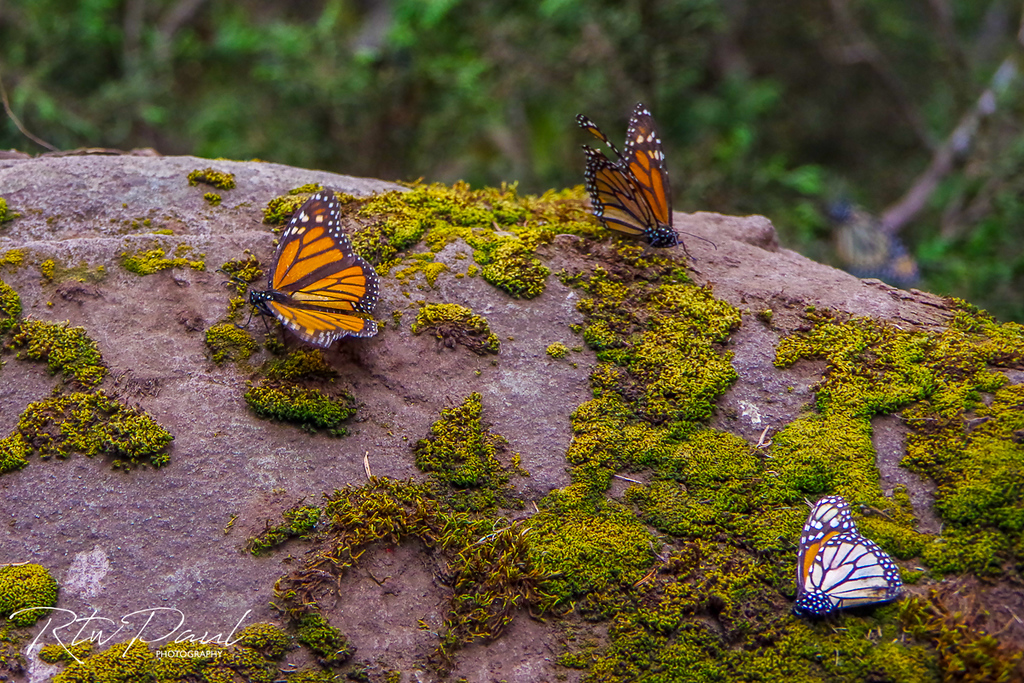 As virtually all the tourists, Mexicans on the weekends and Europans and Japanese during the week (no mention of Americans) are back in their hotels the horses and their owners come down after a long day in the mountain and bring their horses while they eat at the restaurants. 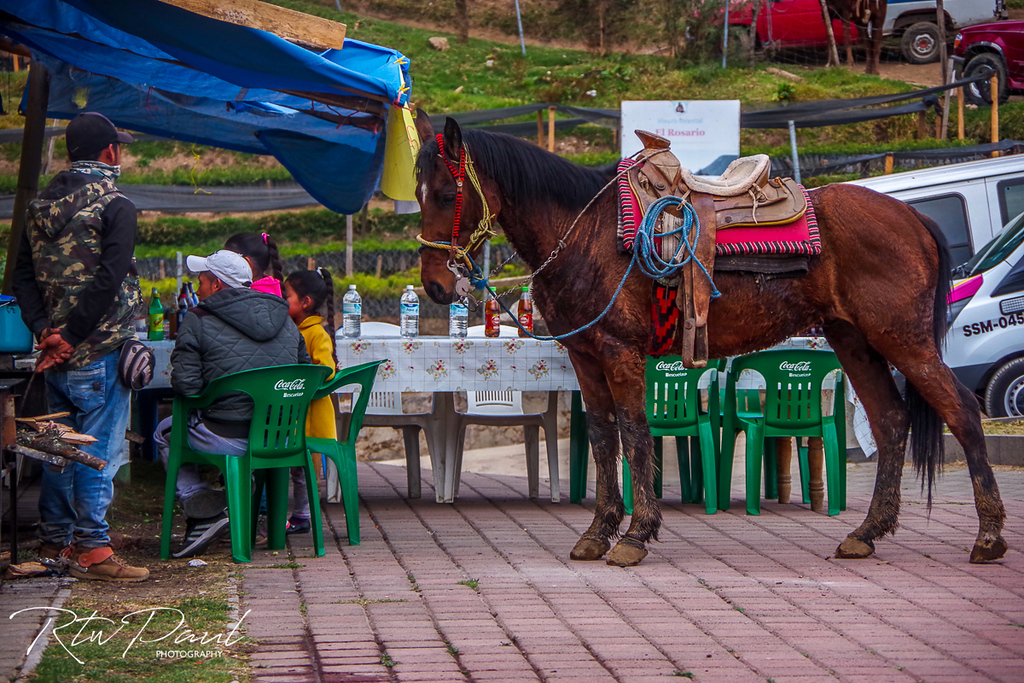 We eventually get back to our hotel in the dark 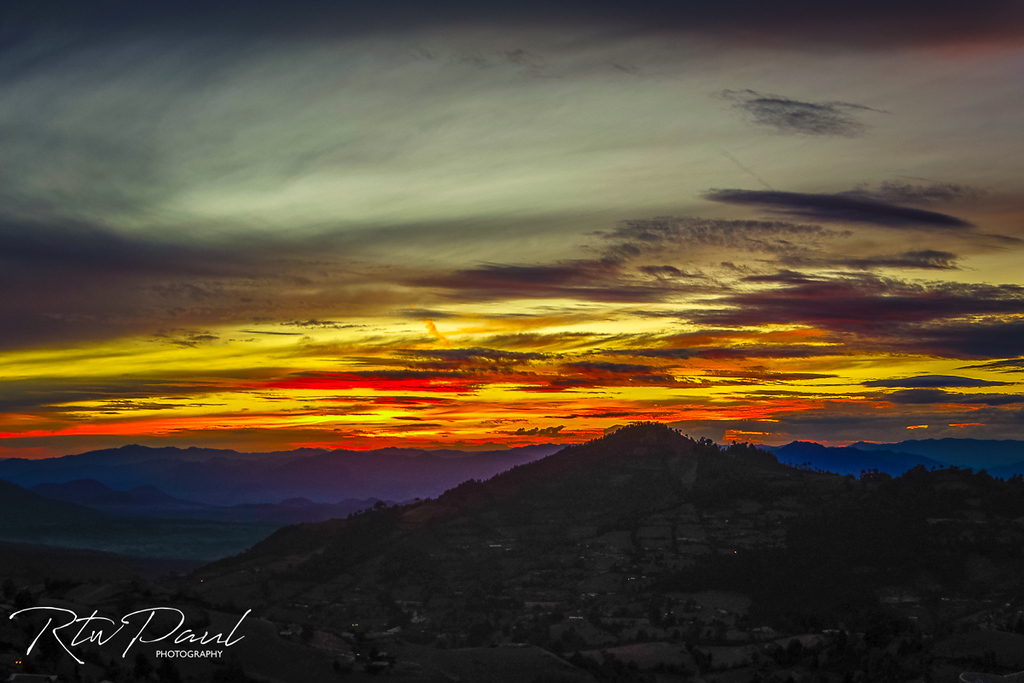 ‘Rey’ as he’s known to his buddies died in 1525, his remains were unknown until 1949 when they were discovered under the church altar! It’s a long story that you can read the synopsis on Wiki here if it seems interesting I’m sure you’ll investigate more, this is a good article with a LOT of detail

The short version…Let’s just say the Spanish had a lot to do with his demise! 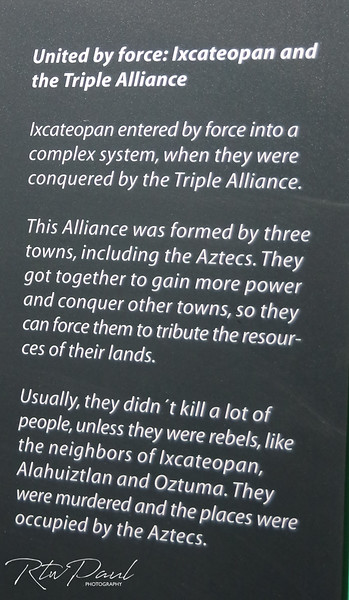 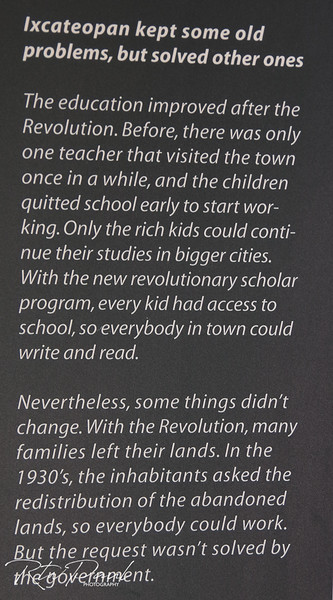 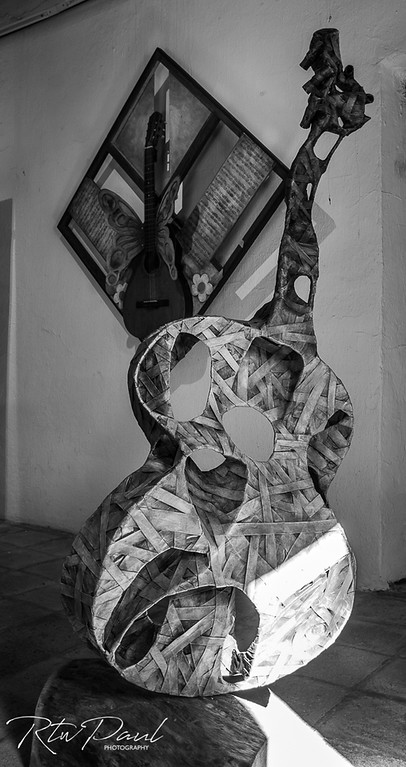 The church of Santa María de la Asunción, patron saint of Ixcateopan as it was formally known, construction was started in 1529…not long after Cuauhtémoc was hung by the neck by Cortéz, is now the resting place and “tomb of the last Aztec Emperor” and known as the “cradle of indigenousness”.

Ixcateopan is a tiny little Puebla 35km west of Taxco that has one road in and out and is quite the ride to get there, you might scoff at google maps estimate of 75 minutes to get there from the Zocalo in Taxco, but they are almost exact. The town almost became deserted a few years back from narco/ cartel problems…but the locals pushed them out.

Today is a very peaceful place beside the above it has one other unique feature, the streets are paved with white marble, don’t ride herein the rain!

As we approach the church you get a feeling that you are being watched…and there is no one around, on the roof of the church there is a tiny cross above the door and I see this, coincidence, maybe? For those who want to know its a Cardenalito, they are reasonably common in Mexico, but its habitat is an area with a lot of water…no water near here!

The main door of the ‘tomb’ is firmly closed

we head to the side door and are let inside…

One harsh modern spiral fluorescent is the only modern light, the remaining light comes from sun creeping in from little cracks and windows illuminating so I use a flash to be able to see the detail.

Cuauhtémocs remains have been in this very close vicinity for the last 489 years since he was hung by the neck until dead by Cortéz. Of course it is debated by many if the bones are actually his, that will never be truly answered, but in one week from when we first go there, Aztecs from all over North, Central, and South America will converge on this place and this former church will squeeze in around 5000 believers that in their hearts know it is Cuauhtémoc 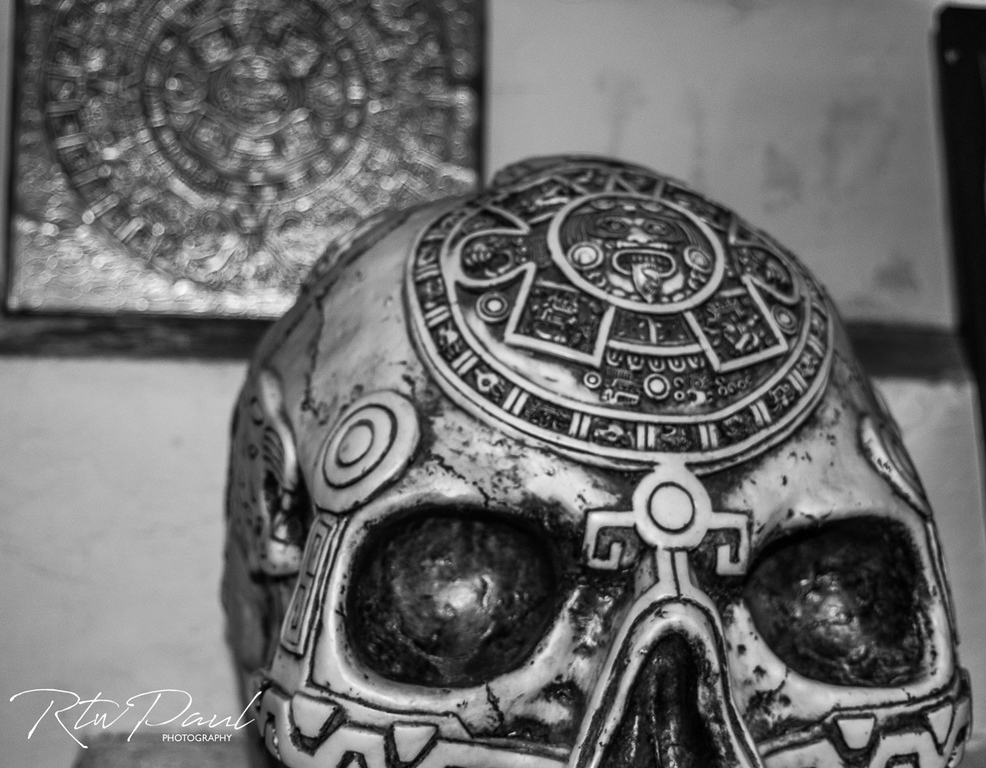 We speak to the historian for a while, Egle is prepping to write an article about this in the near future…I wander off and take photos.

Sadly she won’t be around for the festival as she has to return to Lithuania after this for a book signing tour, 3 TV, 4 radio appearances and over a dozen interviews are planned for her the moment she steps off the plane…i’ll come back and capture what I can for her.

At the far end of town is the remains of a small pyramid/ temple, sadly there is no money to excavate and see if any more mysteries can be unearthed 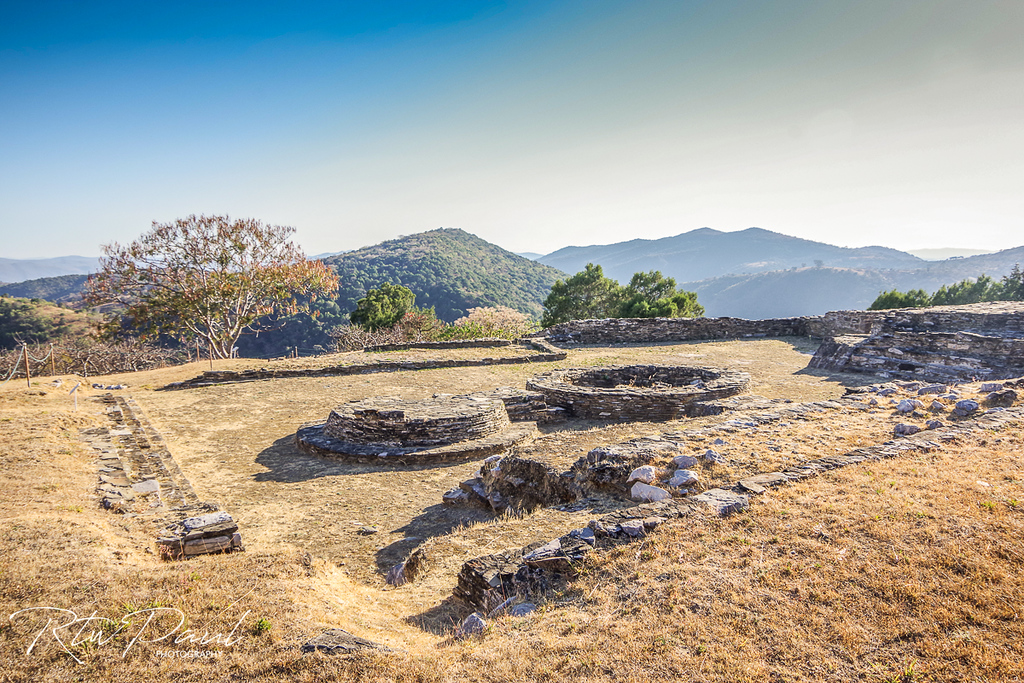 It was hot so we stop in a small tienda for a drink, just a doorway and are given the best sales pitch ever. We are with @Taxco Guru and the store owner asks us if we like Mezcal? Sure!

Over the next hour and a half, he produces around a dozen different flavors, some with and some without worms, he pours us small sample shots to gauge our reaction.

this is his happy face…we buy 3 liters at $5.32/ 100 pesos a liter for Egle to take as gifts for friends back home

We need food to soak up the Mezcal and find a place, more wandering and guess what – over some food, we decided we hadn’t bought enough! We walk up and down the street but can’t find his doorway, but are directed to another ‘maker’

return for one more night in bustling Taxco

then off to CDMX (Mexico City) and to finally meet the legend @garrydymond, Garry has invited me so many times since 2011 and each time I’ve found a way around CDMX, not this time. 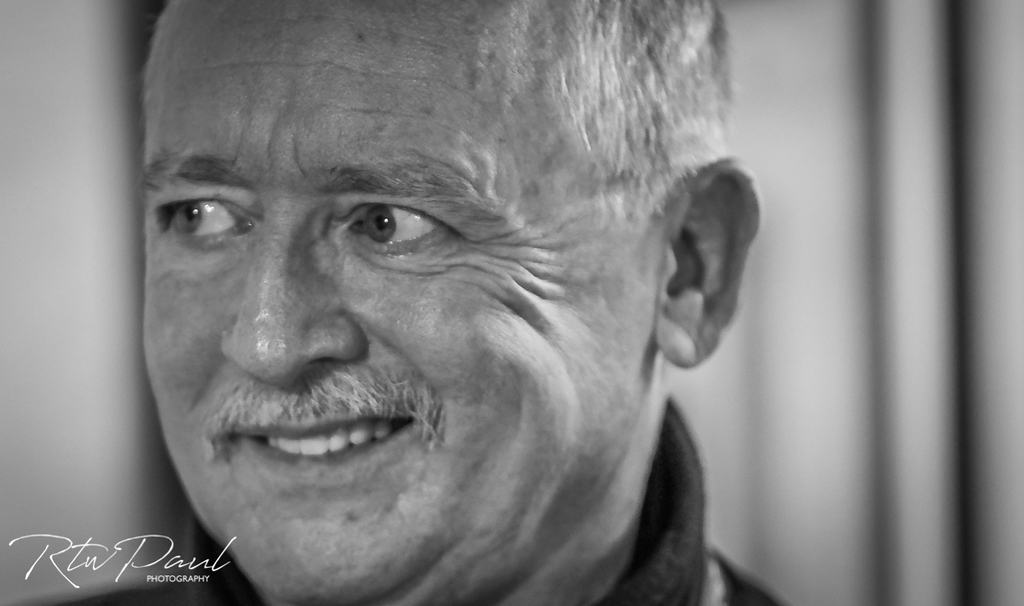 the following morning Egle heads off to Lithuania for a book signing tour which ends up being three tv appearances/ interviews, one was 45 minutes, 4 radio interviews and around a dozen magazine and paper interviews and features all about that book you wouldn’t understand ’cause it’s in Lithuanian…but that going to change real soon, stay tuned.

The following night JD and I stay in CDMX, we are told we must come to dinner with Garry and meet a guy who might look very familiar…80’s era Fidel anyone?

over the last few weeks, we didn’t move too much so we spent a good deal of time people watching and meeting characters in various little towns…these are a few of them 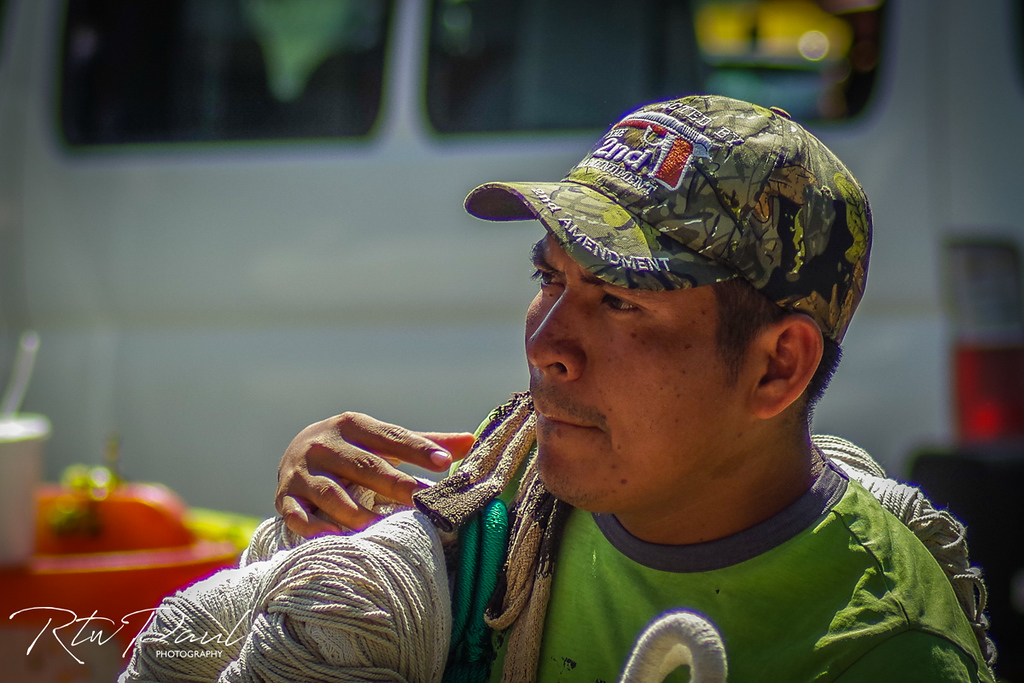 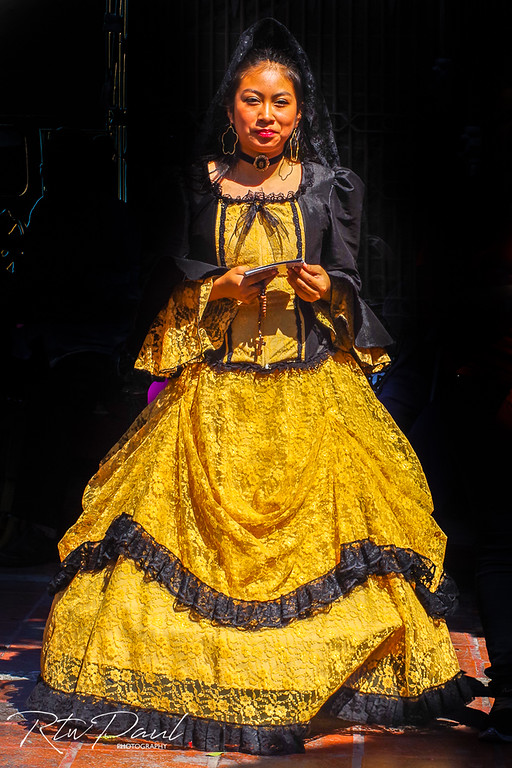 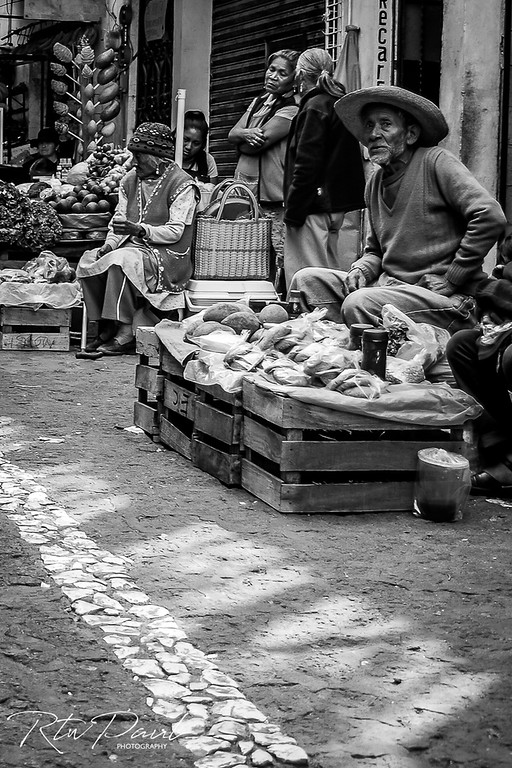 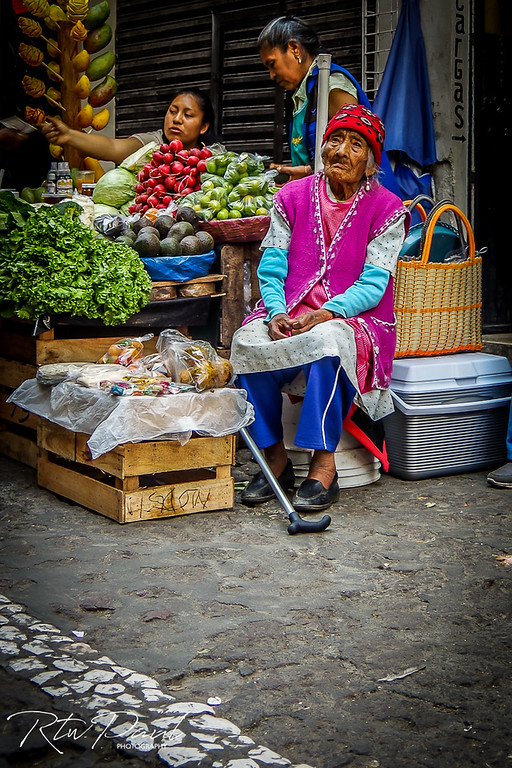 His sister was being mean to him, instead of acting like a little-spoiled brat he just calmly looked away…very mature

a local flying rat, but a pretty one

most travelers can relate…

Basket?
No thanks, we are on a motorcycle!
Ok, my friend has smaller baskets? 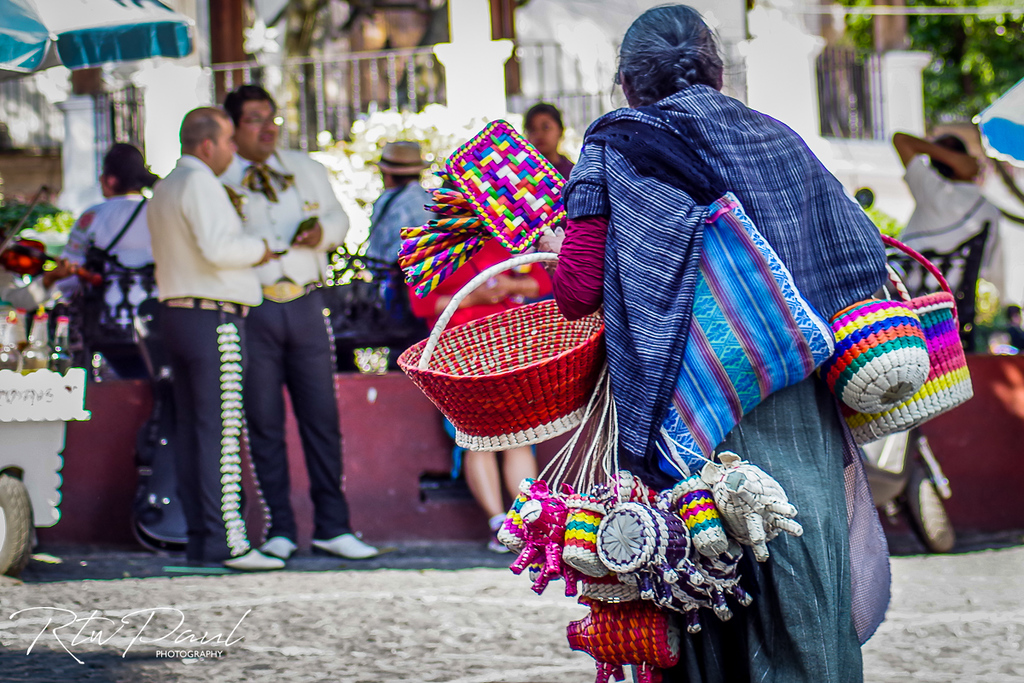 she holds the secret to the finger traps 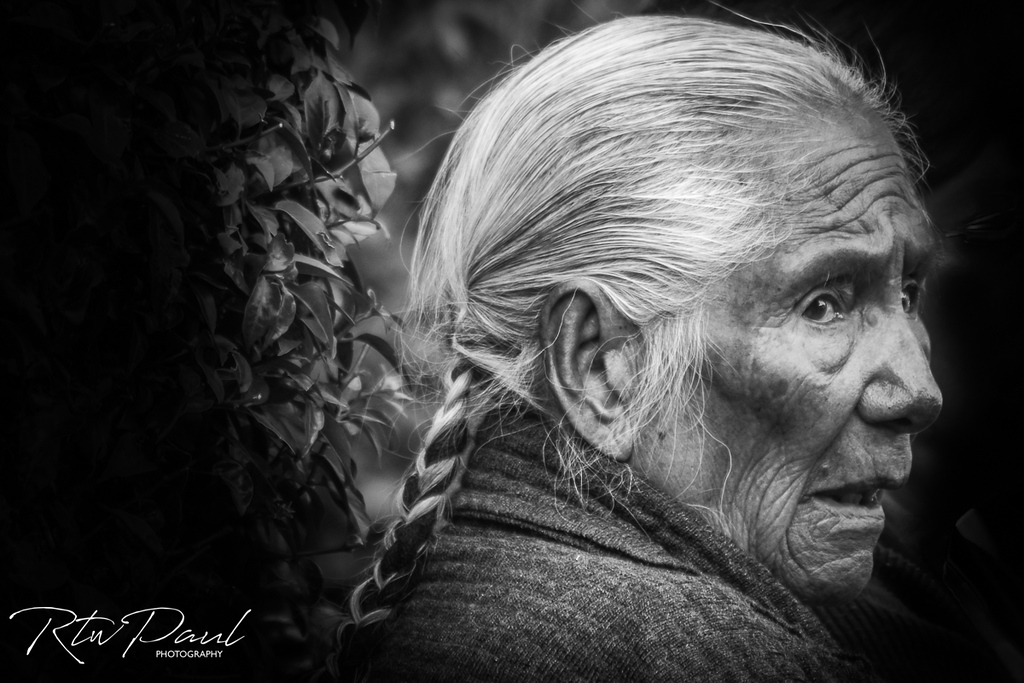 I’ve only ever seen a few ballons sold over the years so I know at the end of the day they have to take the balloons somewhere…this is how! 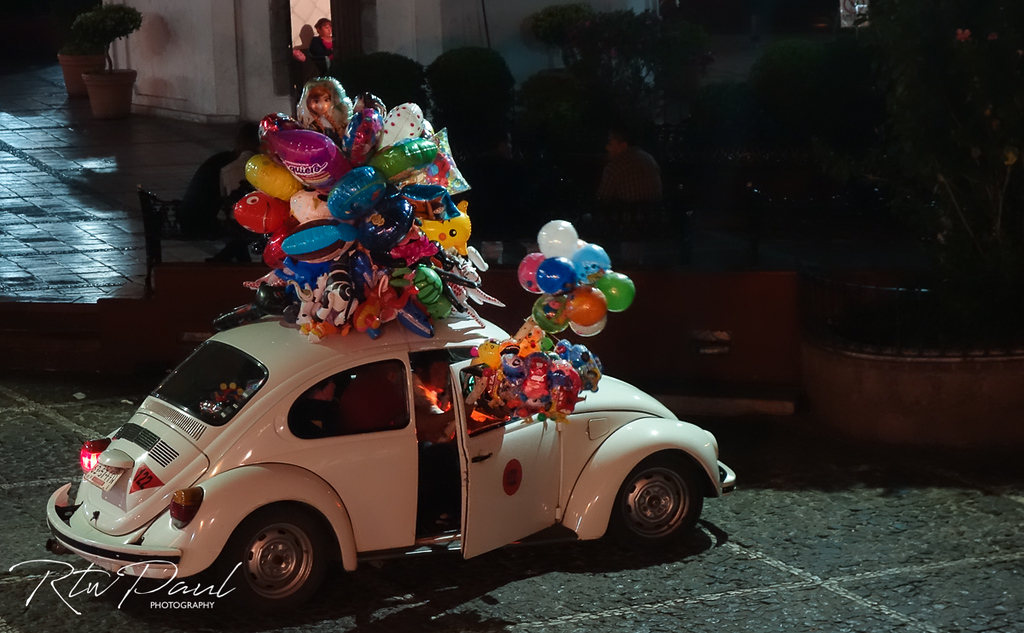