We all agree there is no such thing as the perfect adventure bike unless you are standing in a BMW showroom right now, the salesman will of course disagree.

A large number of couples are taking off into the sunset but strangely, the usual combination is the man on a bigger bike than the women. Of course, this can happen due to physical characteristics of each partner but a familiar choice seems to be a 1200 GSA for the man and an 800/ 650 GS for the woman.

This is all well and good until there is a tough road to ride and they find the bikes too heavy, or a hotel that offers parking in a less than desirable neighborhood where you have no choice but to stay there, the parking is inside, and the bike is too big to fit.

Or you break down and there isn’t a BMW dealer for thousands of miles, you can’t use one bike to help you fully diagnose the other because they are different, and honestly, if they were the same it would be very tough without the correct computer terminals and hook ups.

Here’s a reason you may not have considered if you haven’t traveled extensively: will that expensive BMW cause you to make a bad or even life-threatening decision? You are in XYZ country and civil unrest breaks out, you need to leave and can’t ride out but those two beemers are worth the best part of $40,000…could you walk away? Probably not!

The reasons can go on and on.

Recently the DR650 is popping up as a bike that couples are buying two of, they are cheap, reliable and have a design that’s been around for a couple of decades with very little change so parts are available everywhere. Check a few blogs and find Michnus and Elsbie, Mick and Tan, Mike and Shannon, Pascal and Janine, Jeff and Sally, Suzie and Kelvin and Paul and Egle. There are many more solo DR650 riders out there as well.

One thing we will all agree on is the simplicity of the DR. It’s easy to work on, two bikes the same makes it easy to diagnose an issue, swapping parts to eliminate questionable ones is not complicated. Small enough to fit in the tightest spaces, it can be made to fit most riders with stock adjustments internally in the forks to drop the front 1 1/2″ and two height settings on the rear shock will make the bike adaptable for almost any rider. 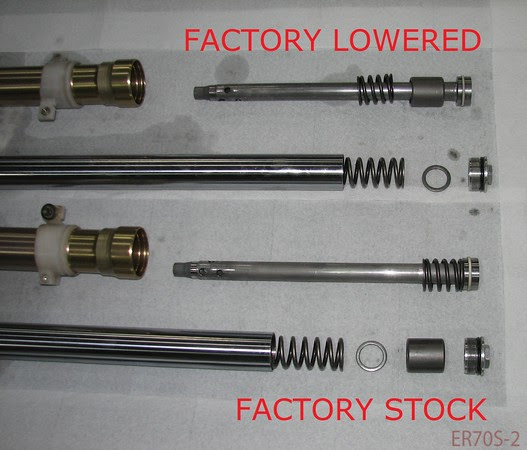 They are very easy to pack small for shipping. Mick recently packed two DR’s in a crate smaller than one GSA would fit in and actually paid shipping by weight, not volume.

Another issue is Carnet value. A massive difference on two $20K bikes or two $4k bikes is huge if you are really traveling the planet and could be the difference of getting to go everywhere you want to go or only going where you can afford to go because of the value of your bike.

But before you go, you need to make the bike ‘right’. Did the designers at Touratech really create that new part to make the bike better,  in order to help you out in the long run from parts that fatigue and fail? Maybe, but it may very likely just be a little bling that generates the company a good 500% profit margin and nothing else.

Enter Kevin Tanis, a DR650 rider not by immediate choice but more by fluke. Kevin is an owner of a KTM 990 – a beast of a bike that he rode solo and two up. But when he and his wife weren’t riding together, he wanted to ride with friends and sometimes, she wanted to ride her own bike so he looked around and read and heard the DR650 was a good, simple, reliable bike.

Luckily for us, his wasn’t 100% perfect. He had starter motor issues, choke/ carb problems, broken levers, bent rotors, snapped foot pegs. So by simple necessity instead of just going to the dealership and buying the stock replacement part that inevitably would break again, he looked to see if he could improve on the design – and he did.

The stock choke nut is plastic and over time can become brittle and break, crack or easily be cross-threaded. So Kevin designed and made a CNC machined aluminum version. Then the “squark” from the starter housing began and a simple tear down of components found a bronze bushing where a bearing would be better, and what if it could rotate so a different carb could now easily be fitted?

A busted peg in Mexico and a comment from his wife about adding a bottle opener to the peg underneath because she couldn’t open her Coke, and could the pegs be a little bigger because her feet hurt from standing on the pegs all day! 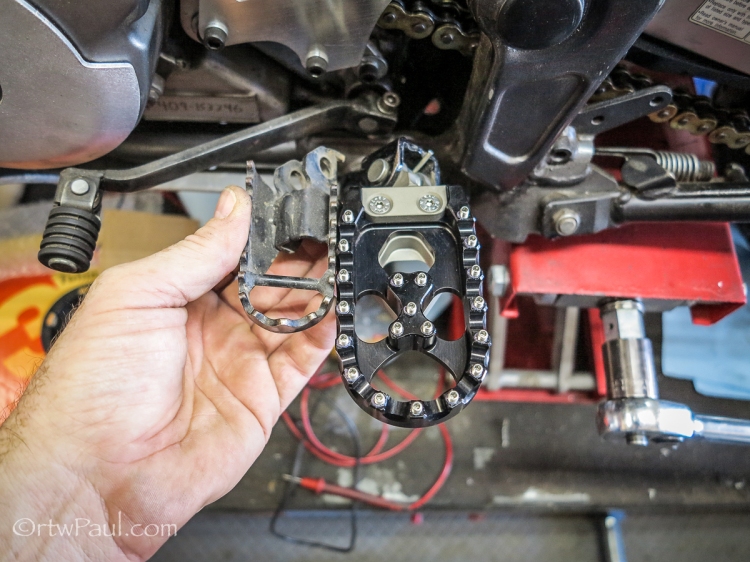 So who is Kevin Tanis? Kevin Tanis is Warp9 and his business is not making parts for DR650’s.

His primary business is making wheels for motocross and enduro racers and riders, but as the interest for his parts for the DR650 garnered so much attention he now has a parts line of 16 different items including wheels. 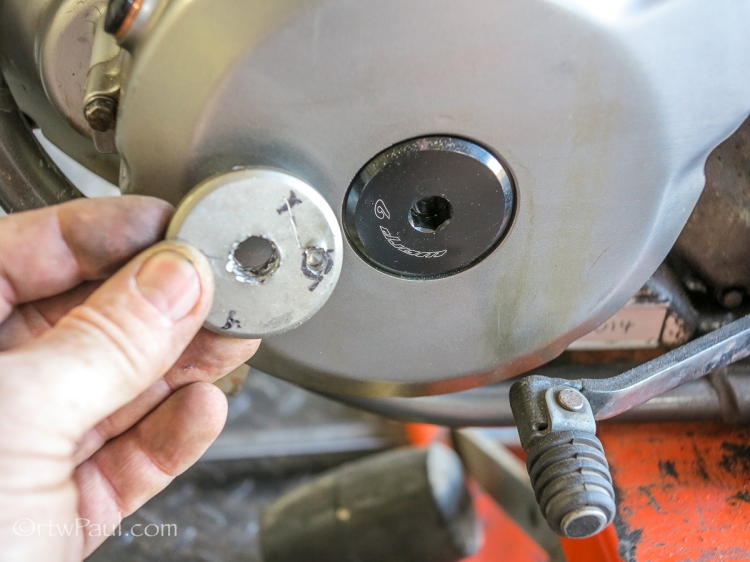 All the parts are functional, they were built out of necessity because of failure of stock parts. The good thing is the parts are very realistically priced – around the same as the stock replacements and in some cases, lower than stock.

As an example, the choke nut (at $20). First, call the dealer and see if you can buy a replacement stock plastic part. Not easy because it’s a Mikuni part and not a Suzuki one but as an individual, you can’t buy from them. Mikuni would refer you to another company called Sudco who may give you a part number to give your dealer to order and guess what it’ll be $20 +/- and eventually will break or crack again. You may not feel this is important but when you can’t get your bike to run correctly you might want to check that little nut for a hairline crack that can affect the mixture and make your bike run badly or not at all…$20 to Warp9 will seem like a great investment

On my bike I have 10 parts and Egle has 11 from Warp 9. They were added because the stock parts were either worn or fatigued enough that they needed replacement.

So think about your bike a little more than cosmetic appearance if you are heading out to be on the road for a long trip of days, weeks, months or like the names listed earlier, years, Kevin might be a person you are thanking on more than one occasion.

To see a complete build to prep two DR650′ for RTW travel you can check my website and build thread in ten separate parts…link to part 1 parts 2 thru 10 follow immediately after.