out of ‘Merica into Canoodia, the last stop before the border 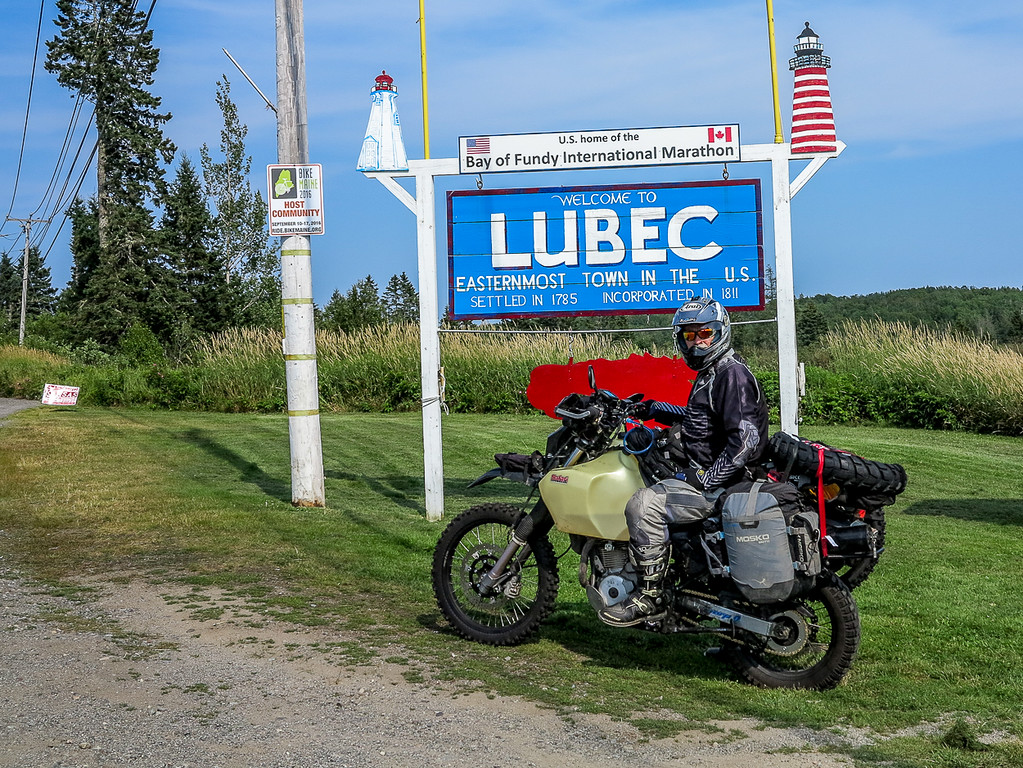 We didn’t go too far from here, just over the bridge to Deer Island to meet @West Isles again 6 years after the first time I was here and spend a little time on the island and on the water with him and his brother and mom…good times.

Even got a few unique views when we were out, photo below is not distorted but a thin layer of fog that appeared a few feet about the water line and was only about a foot thick

and a bald eagle posing for us

Egle got to taste a lobster roll for the first time 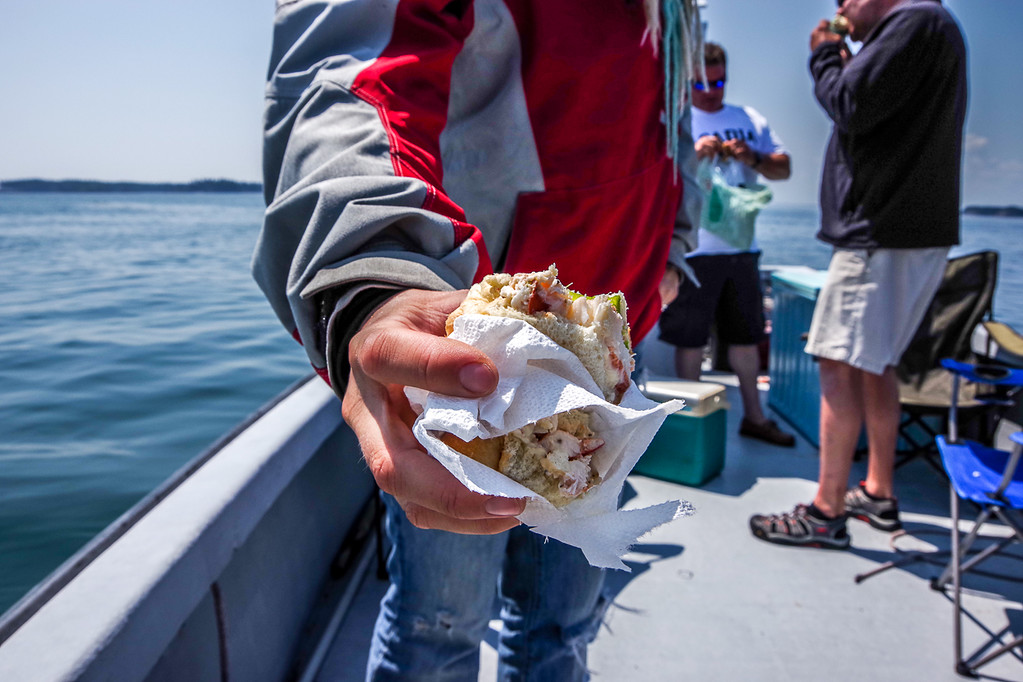 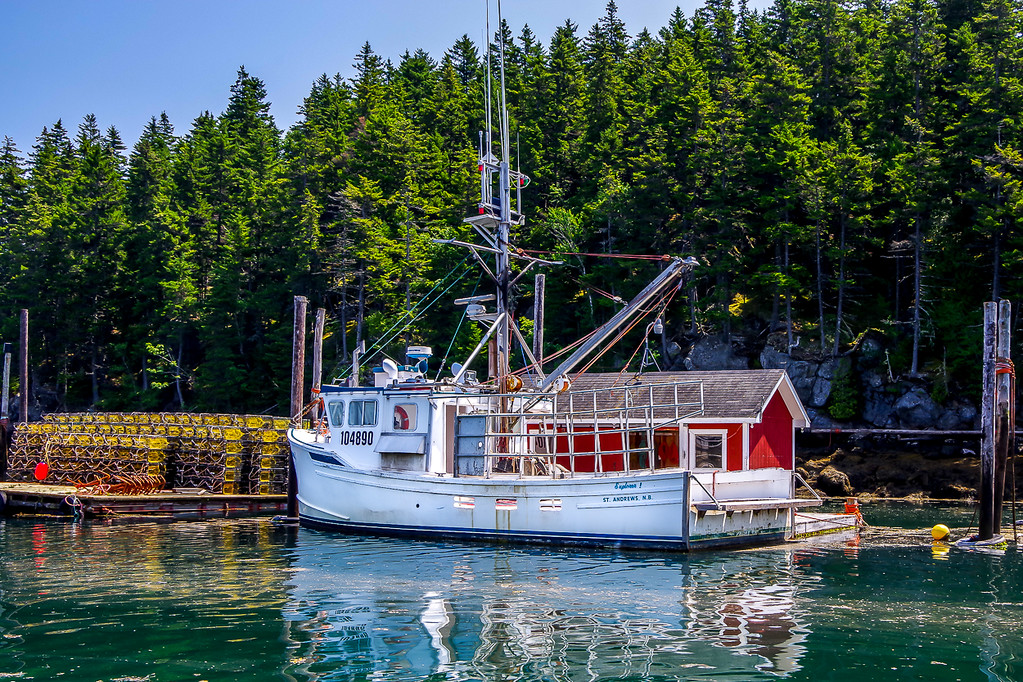 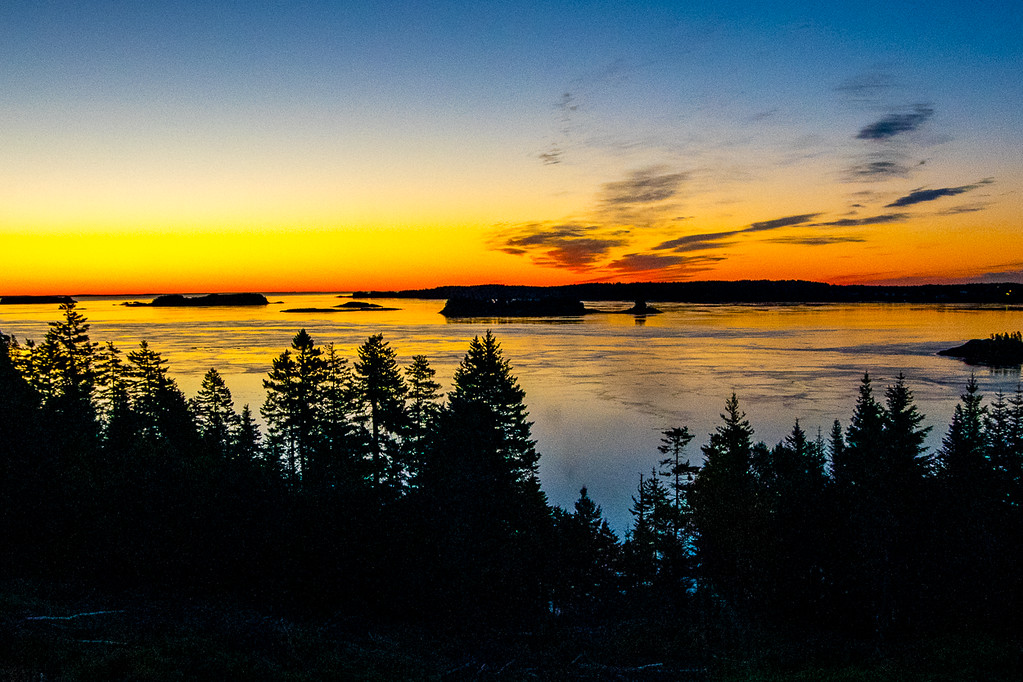 We were shown St. Croix Island, which may mean nothing to most people, but this is where the French first settled and interacted with the natives and based on this little island started the French involvement with Canada

The plan from here was simple, take a leisurely ride north to Sydney and get on the ferry to NL, but the ferry had another idea, it was booked solid for about 10 days out except for two available spots in two days time so we had to high tail it up through NB and NS a perfectly timed invite from @DHC8tech halfway was great and we’d loved to have spent more time.

We made the ferry in time…and started the crossing, we’re in there somewhere with all the cruisers/ road couches 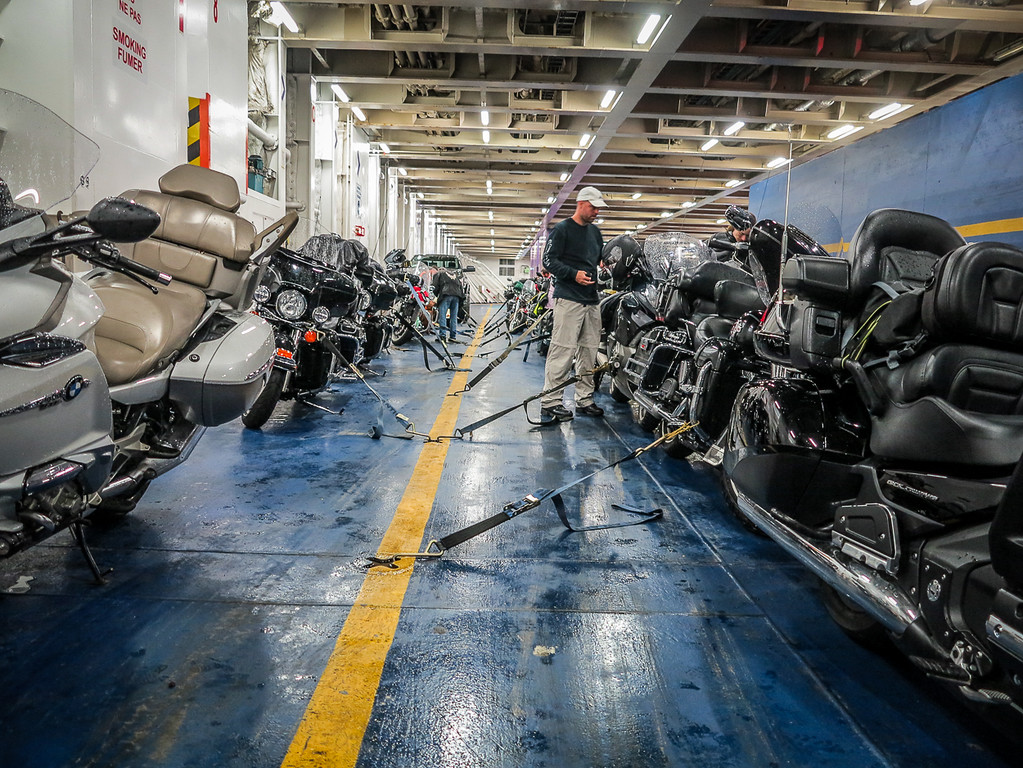 After a late landing on ‘the rock,’ we found a campsite close by and decided to hit the dirt in the morning

taking a few days to cross all the way to St. John’s with a split of dirt and pavement 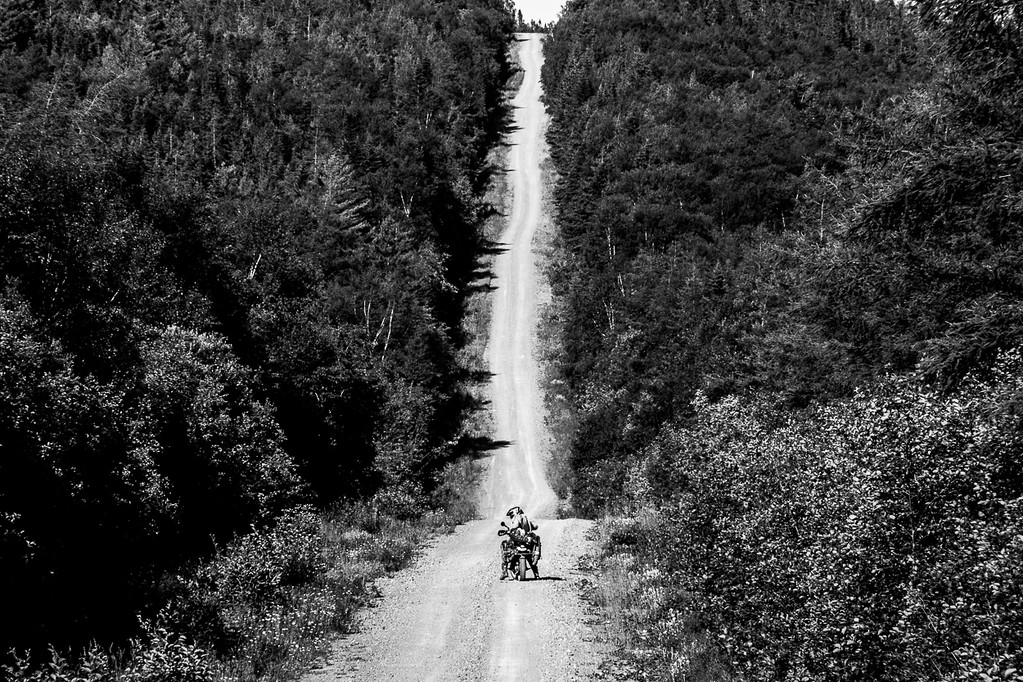 80km before our destination @damurph Egles bike kept stalling, we limped into his house and while she unpacked I tore her bike apart under the watchful gaze of @damurph, @C-Stain @fredgreen who just happened to be there as well…lots of laughs and BS but it wasn’t until the next day that we figured the problem with a little telephone help from @C-Stain home mechanic and a dried out Oring on the float that I swear blind I changed back in south carolina…maybe not, who knows!!!

A quick ride around the St. John’s area and the obligatory photo at Cape Spear, the easternmost point of North America and we were ready to start looking west for the next month or more. 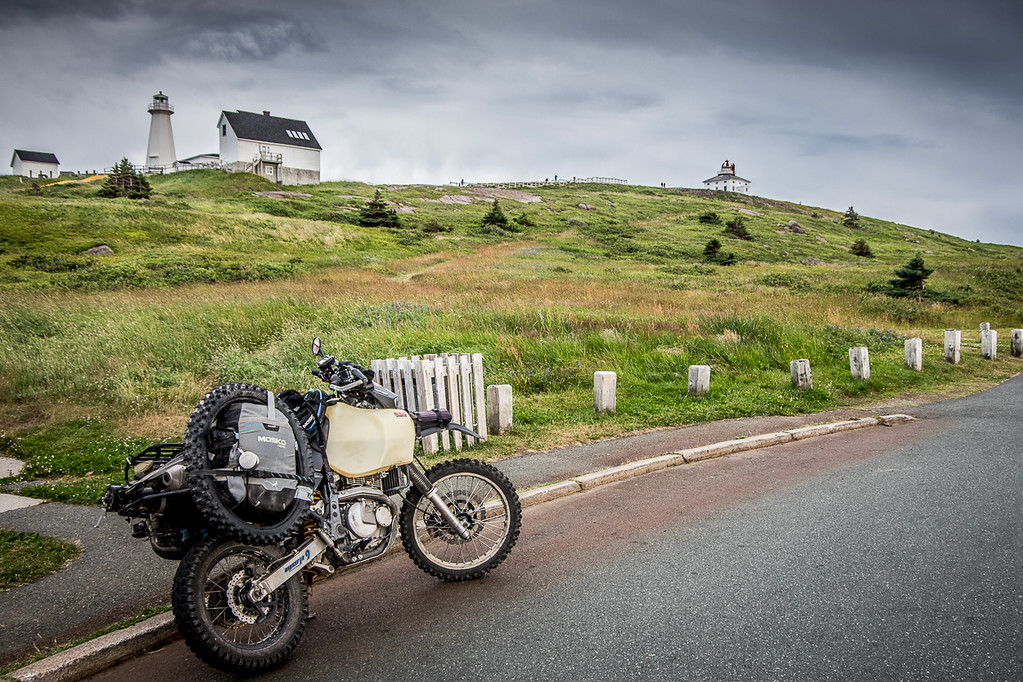 Now to begin the Trans Canadian Trail (TCAT)…where does it begin???? 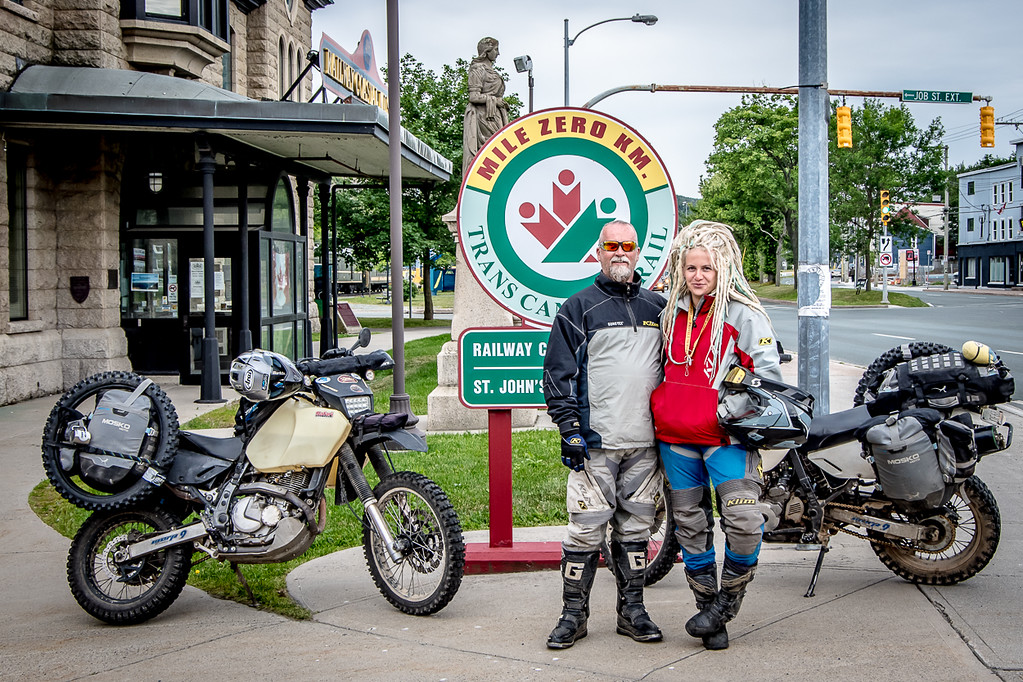 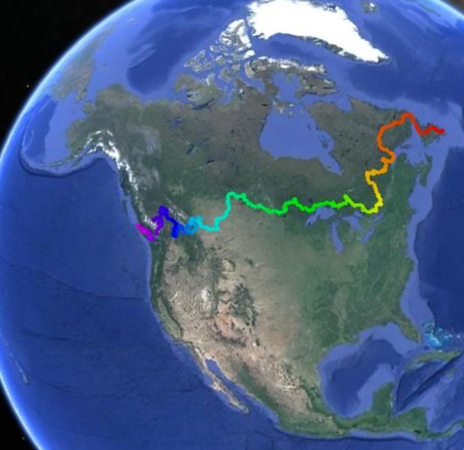 Getting to the TCAT is a commitment in itself…the route we took was just over 11,000 miles to get to St John’s, Newfoundland to reach that Zero marker. The trail itself is no slouch, it a very rarely ridden adventure in its entirety due to the recommendation of riding east to west to get the good timing for the Rockies and most other provinces and hopefully perfect weather along the way.

The Trail itself is about 10,000 miles which make the original TAT of 4800 miles seem…ahem, a little short in comparison…this really gives you an idea of how much bigger Canada REALLY is.

Updates might be few and far between for a while unless we get invites of tent space from inmates as there really is very little along the trail and connectivity is sparse, do a little research and you’ll see what I mean.

A quick look at google maps shows the first possible hook up with an inmate @jackalsour is a mere 3300km away from where we are now and with only 4 decent sized towns along the way and a few smaller settlements…yikes!!!