After my super quick ‘fix” of the frame in the farmlands of Ontario we had decided to leave Canada, we knew that we had a choice, either ride across Canada and hit massive forest fires in B.C. and then a quick run down the coast to Mexico and onwards, or more of the US…we opted for the US

Canada is obviously very similar to the US in a lot of areas and ways, but as a long term overlander, it is expensive for equivalent things, food, gas and mainly camping. $40 in a lot of areas for a square of dirt to me seems outrageous.

So, we did the last tourist thing before leaving the country, Niagra Falls 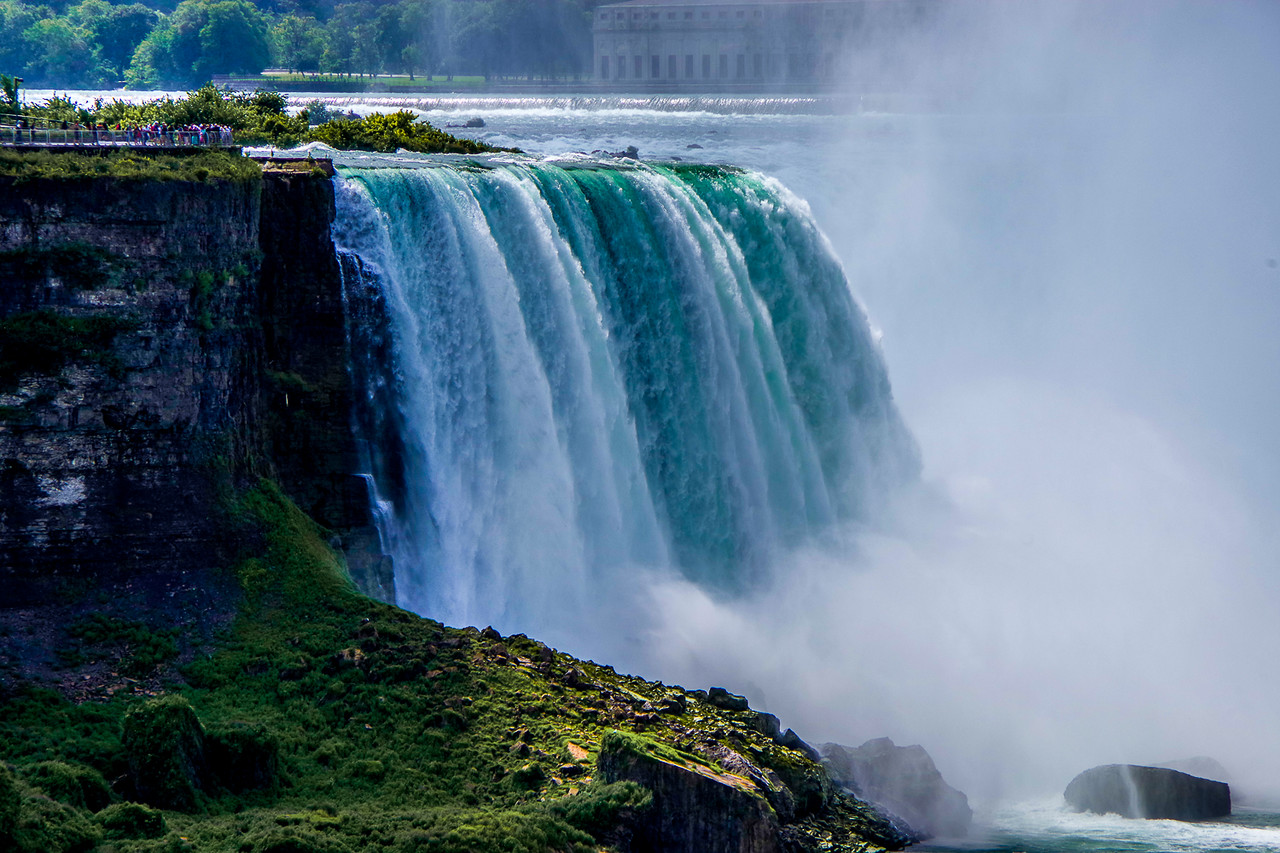 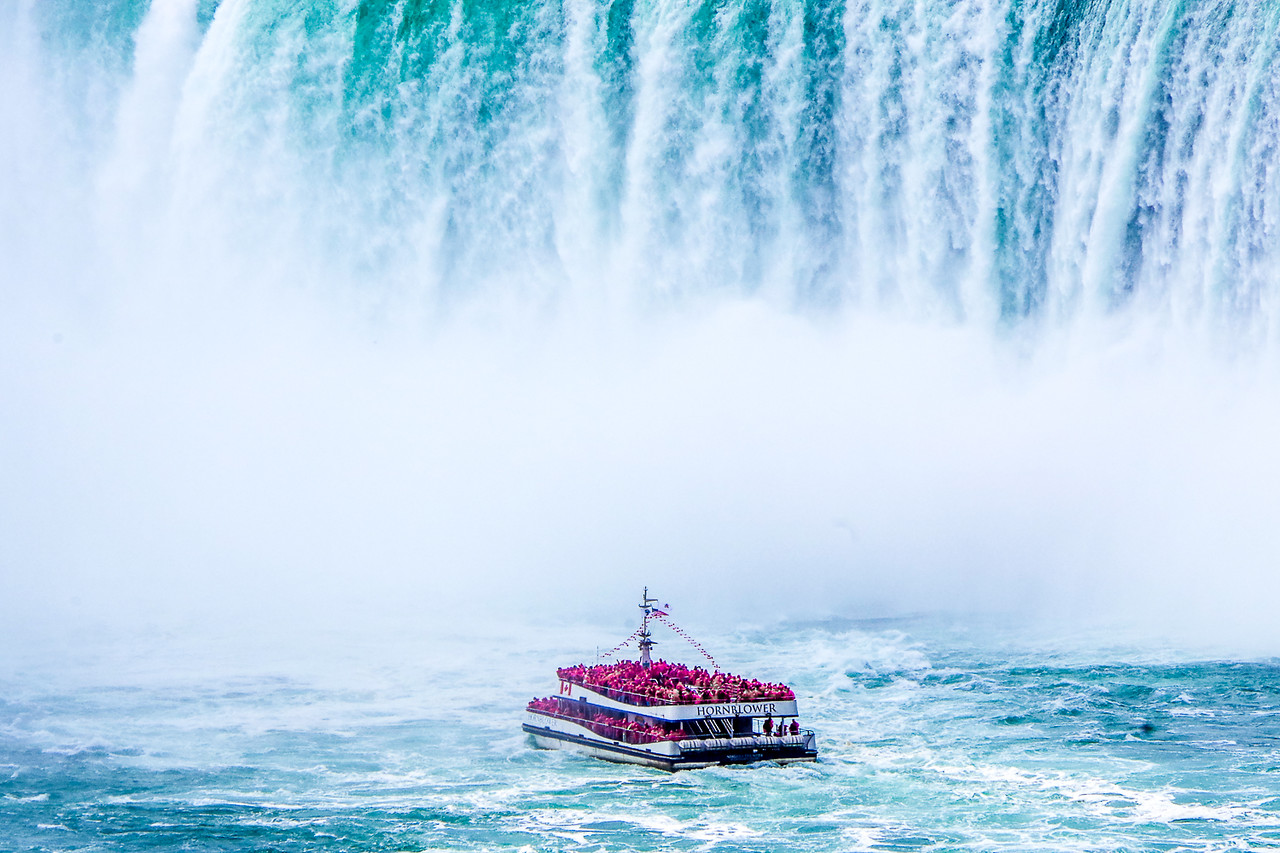 instead of the crossing close to the falls, Buffalo, we turned west and headed for Windsor/ Detroit, I had a little cash left so we emptied the tanks in Canada and refilled with what we had left before heading back to the US 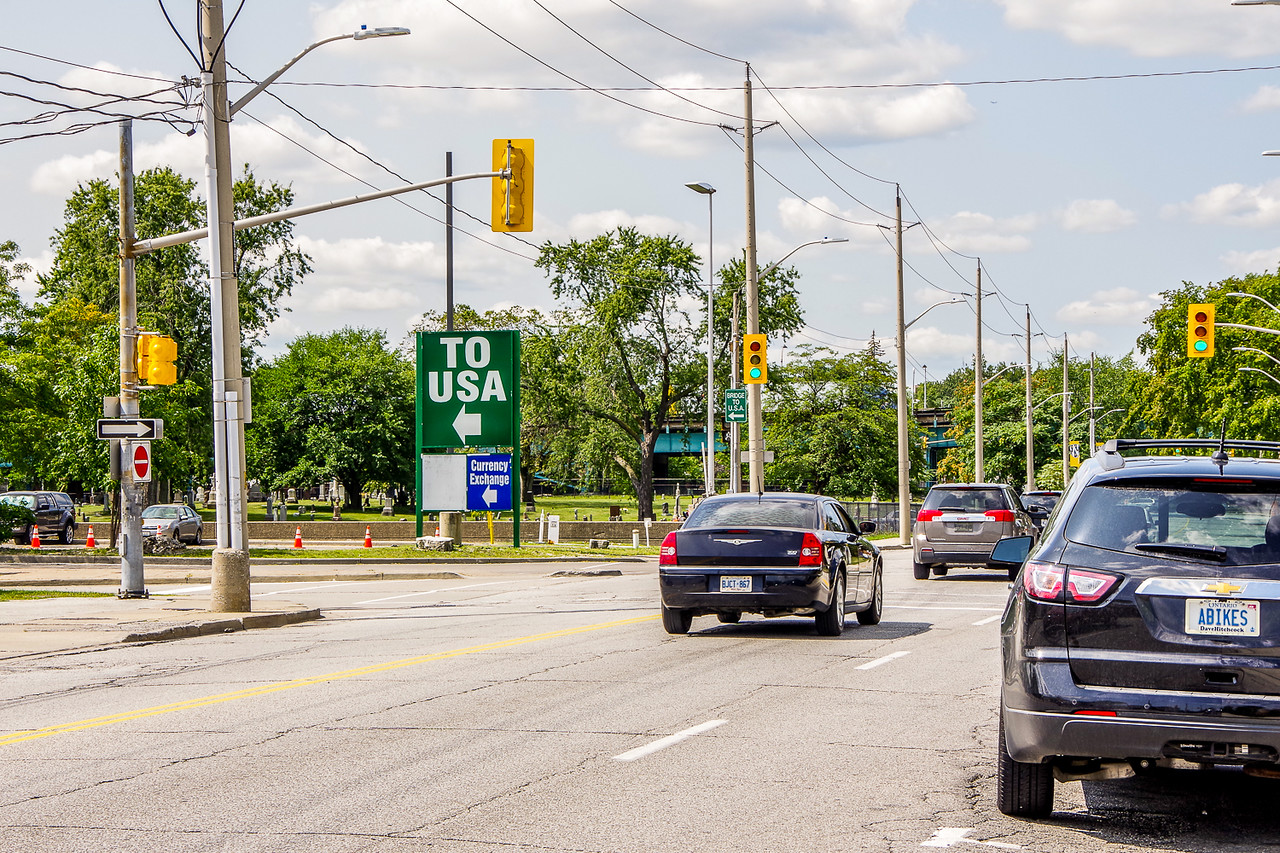 Now it seems as overlanders that this border would be a breeze, well Egle was very nervous and rightly so, Lithuania is a little-known country and crossing a border is the ‘SOLE DISCRETION’ of that border guard if you can or cannot come into a country. She has been told in the past her passport was a fake, Lithuania wasn’t a real country etc.

We pulled up to the gate together (a no – no) and immediately the officer says, “nice dreads” she replies “thanks” then he catches us off guard, “I used to have dreads, had to cut them off before I applied for this job!” We chatted for about 15 minutes, bikes, hair, countries…he actually closed his gate so he could talk to us longer, super nice guy with an apt name “Cooler”

We were in and relieved…well she was, mine was simple all I got was a “welcome home” she had to answer a few simple questions and a 90-day stamp was added to her passport 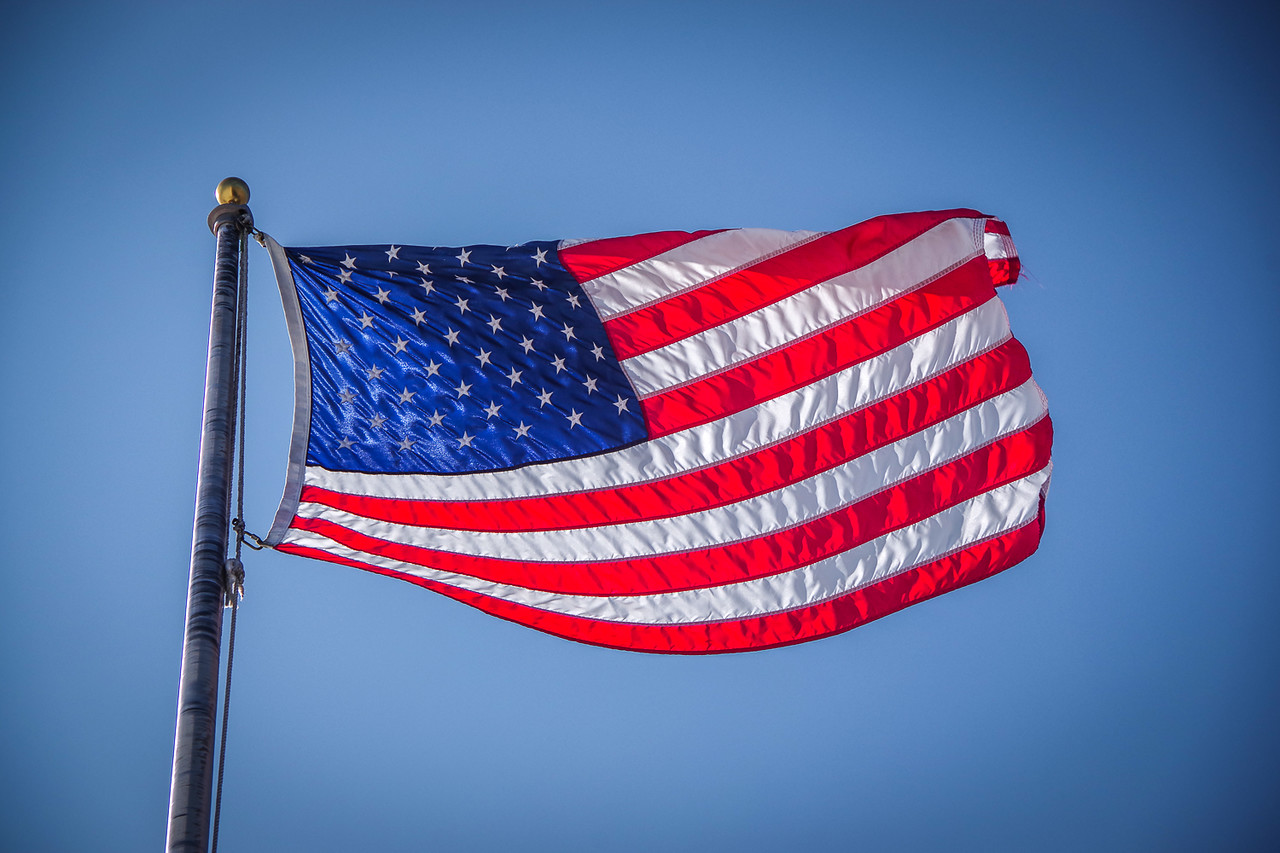 Our goal was Snake River Spur Rd. this is where the COBDR begins (in WY)…so a quick ride across the country with a mix of dirt, slab, people, sights, corn fields, unique locations, good food and bad weather. 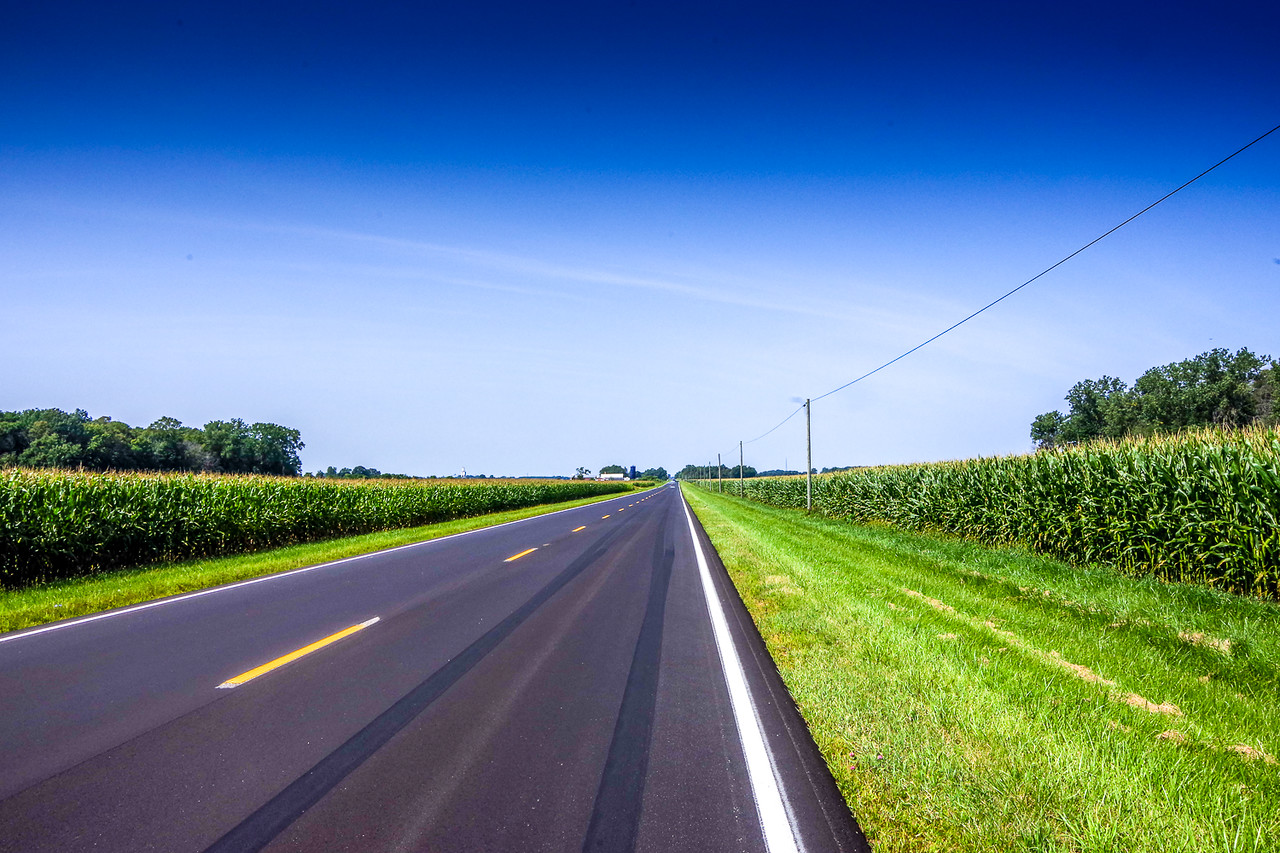 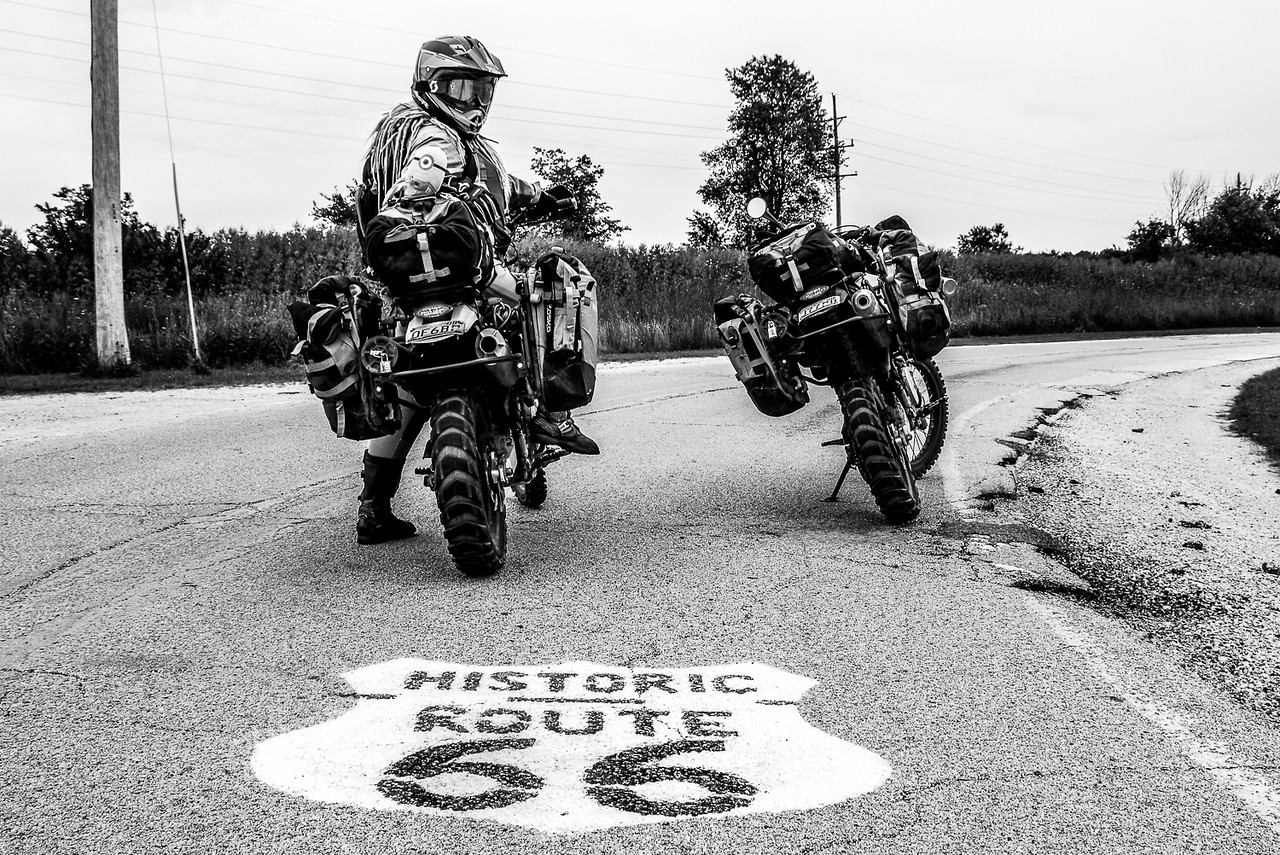 Camp food doesn’t have to be dehydrated…. 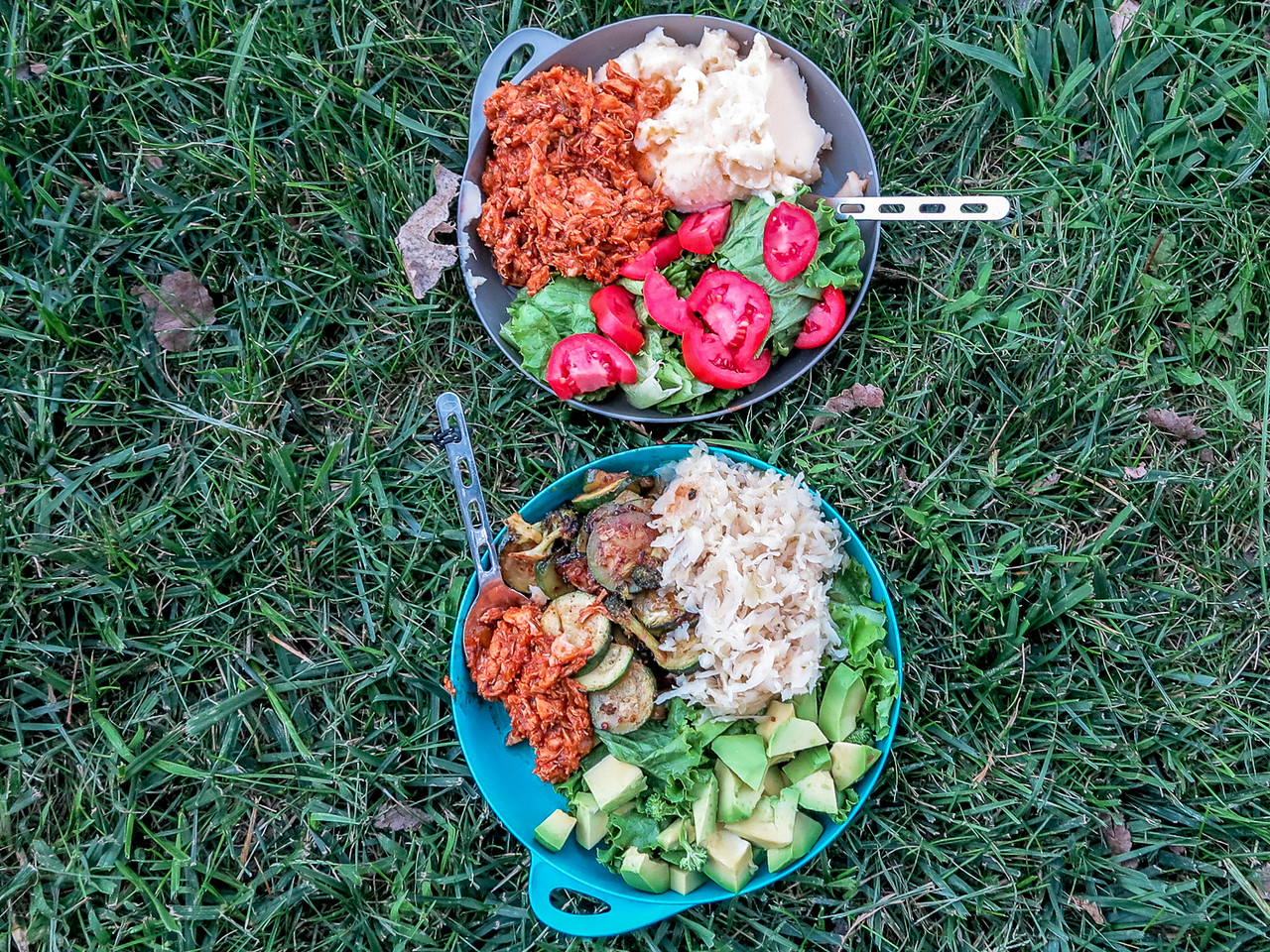 We didn’t and we did!

Then in the distance a hill…about friggin time 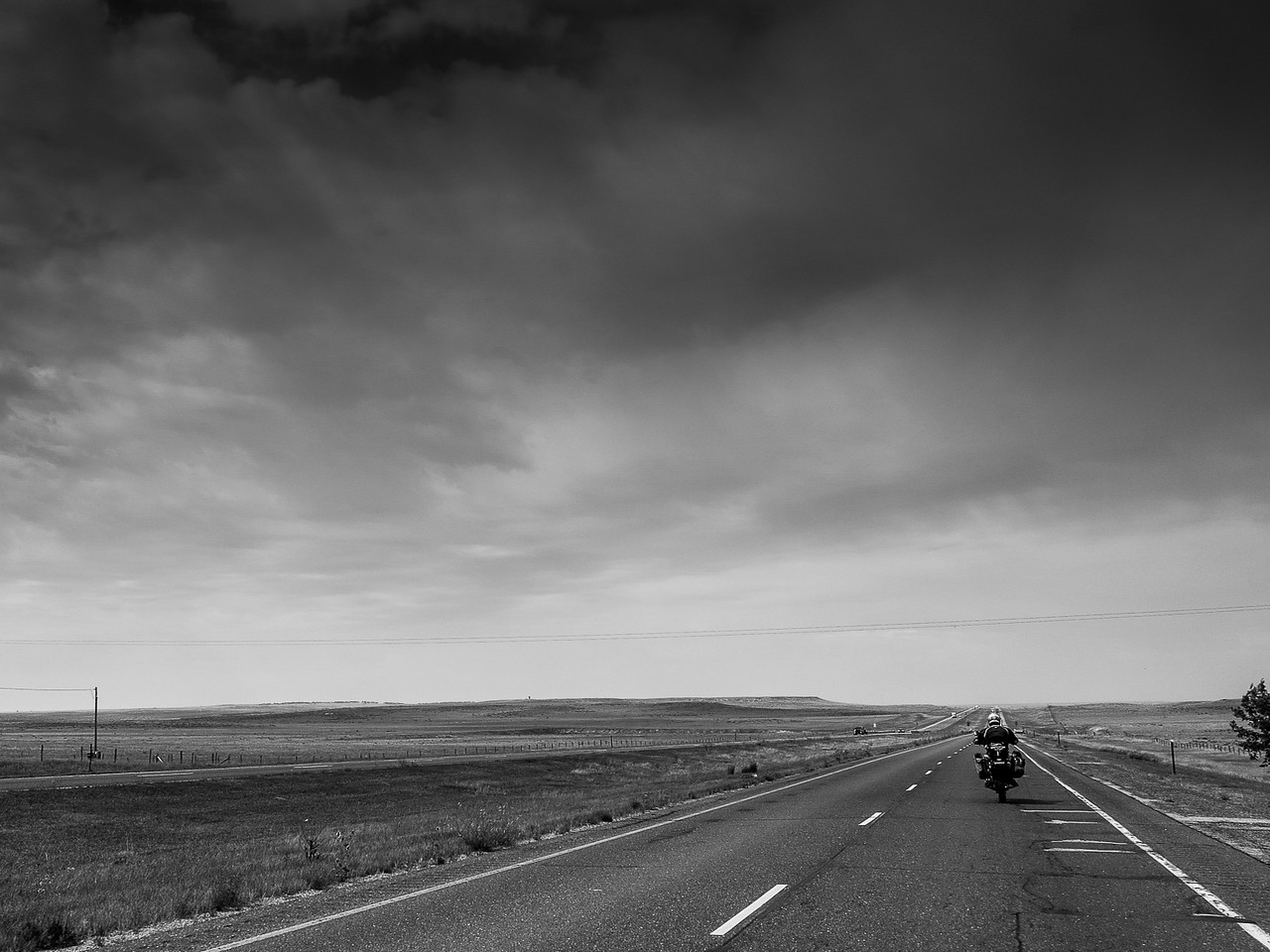 Then a bigger one 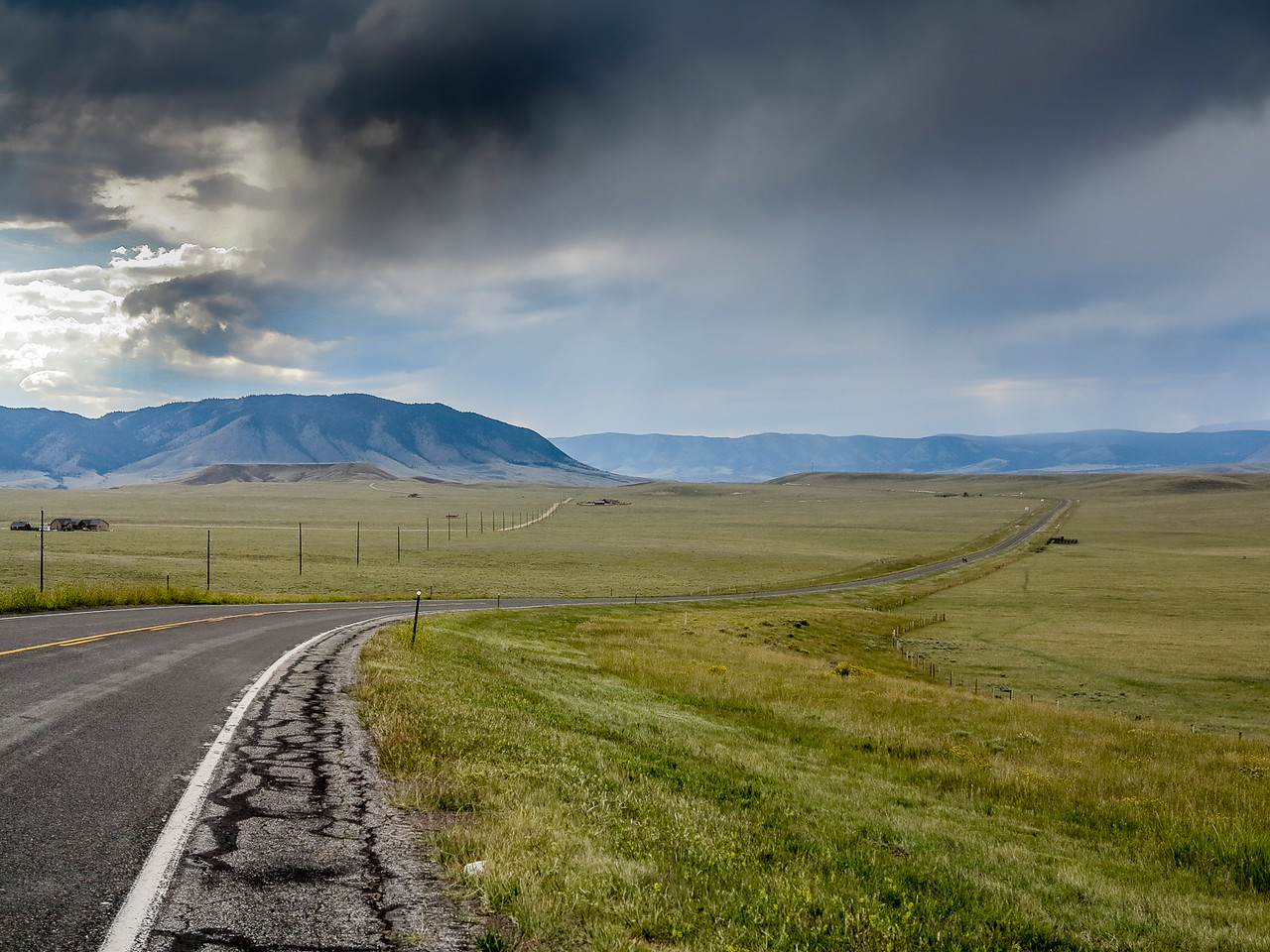 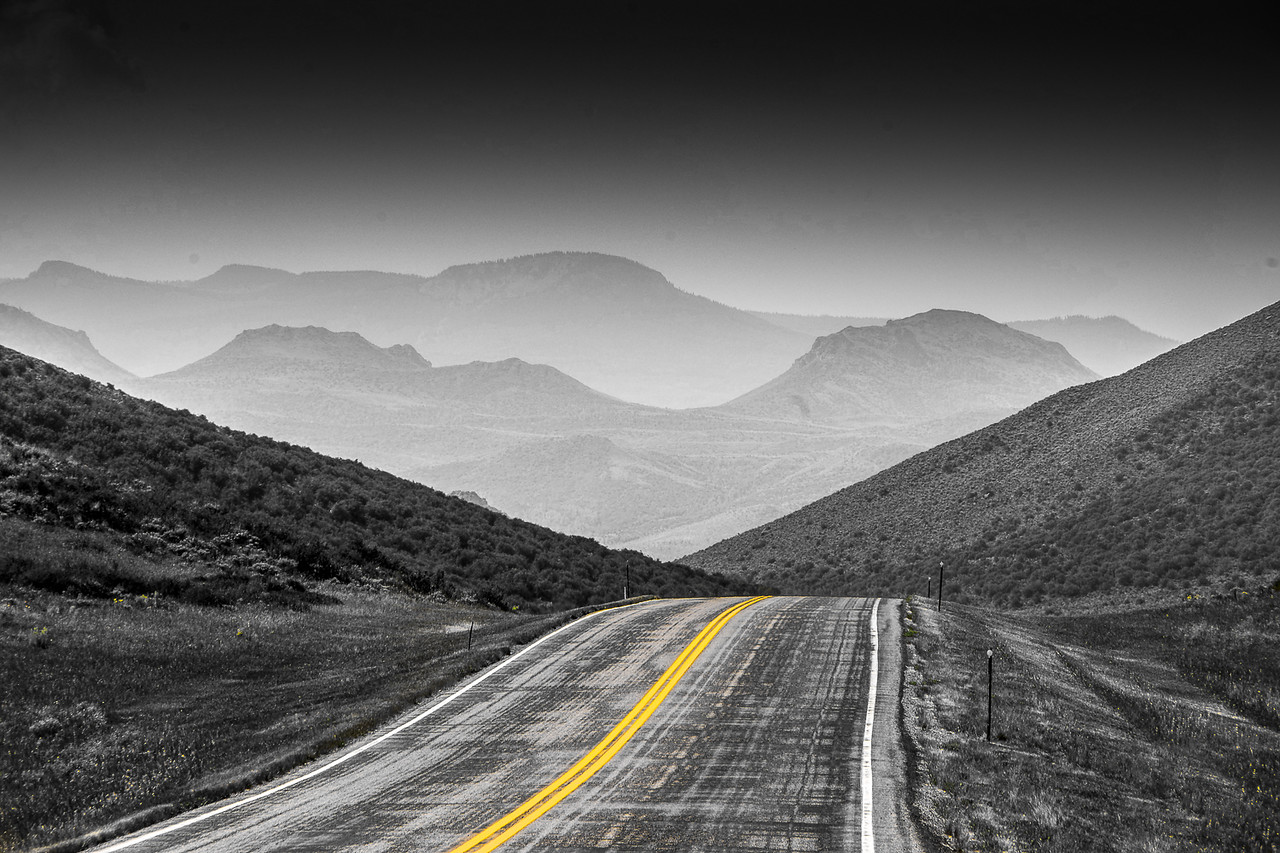 I’d dropped eakins a PM to let him know we were headed to Colorado and specifically the COBDR and if he was around we stop by and say high, he arranged a place to meet at Timboat in Steamboat Springs, so we talked BDR’s and other routes, travel, bikes, getting lost, getting found, we mentioned we would do most of the COBDR but were doing a side trip to Moab to see another friend mcmarcia for a little R&R for Egle to write a few articles and then we would rejoin it, we sat down and devised a great connector to Moab from Gypsum, CO 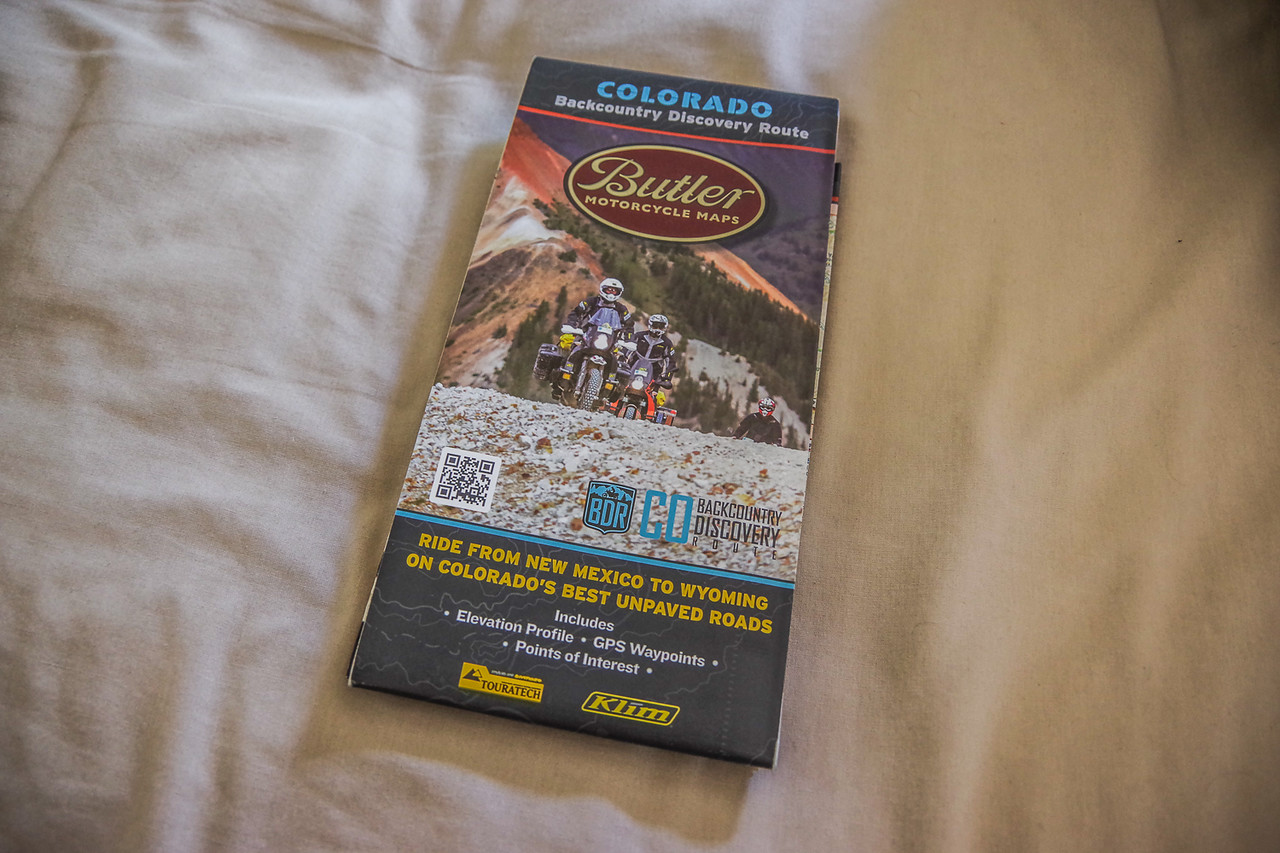 Great to be back in the mountains, (free) wild camping, dirt roads cheap(er) gas 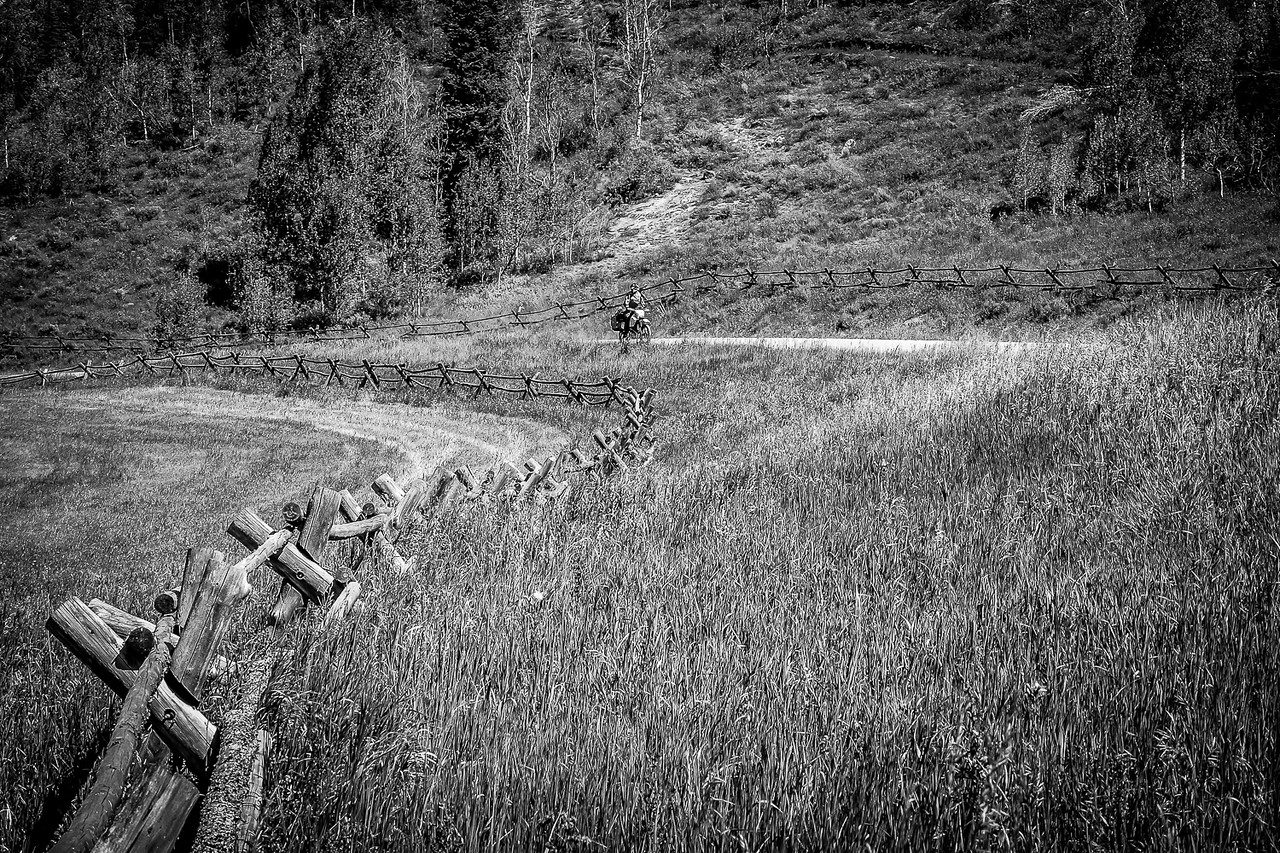 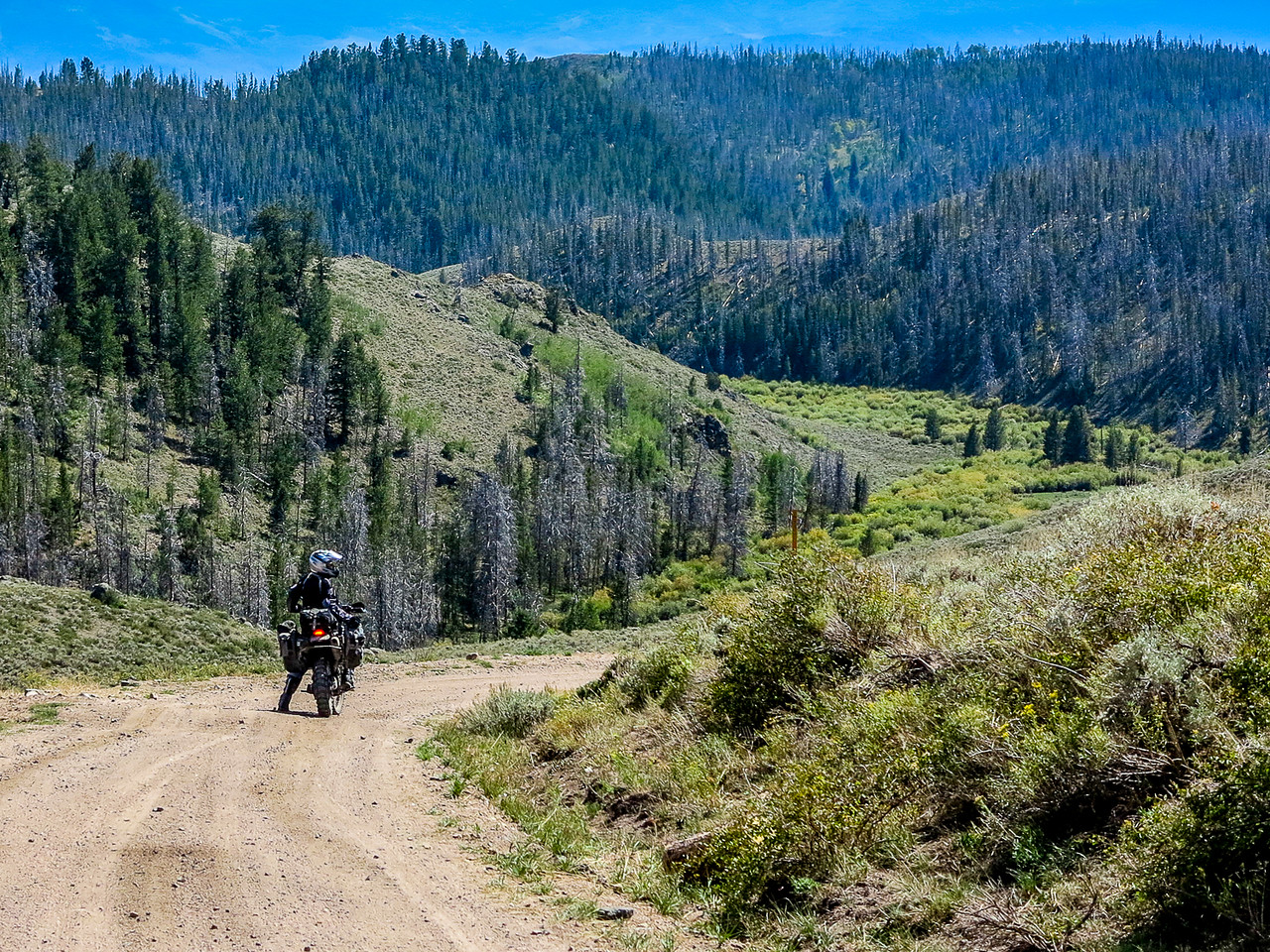 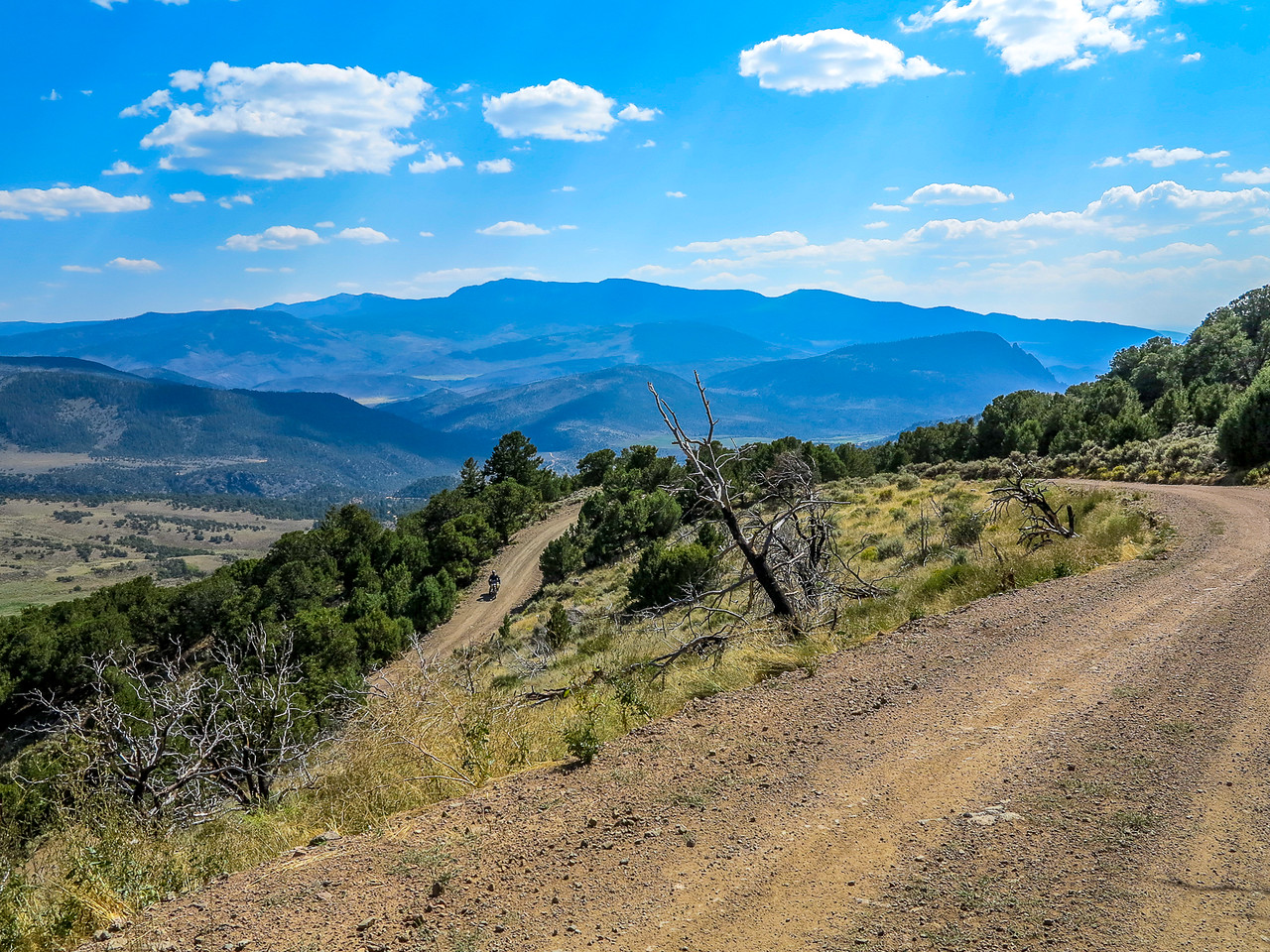 coming around a corner hard pack turn to sand, then bulldust, TEN MILES of it off and on, bone-dry powder, not a great thing to ride in on an air cooled bike 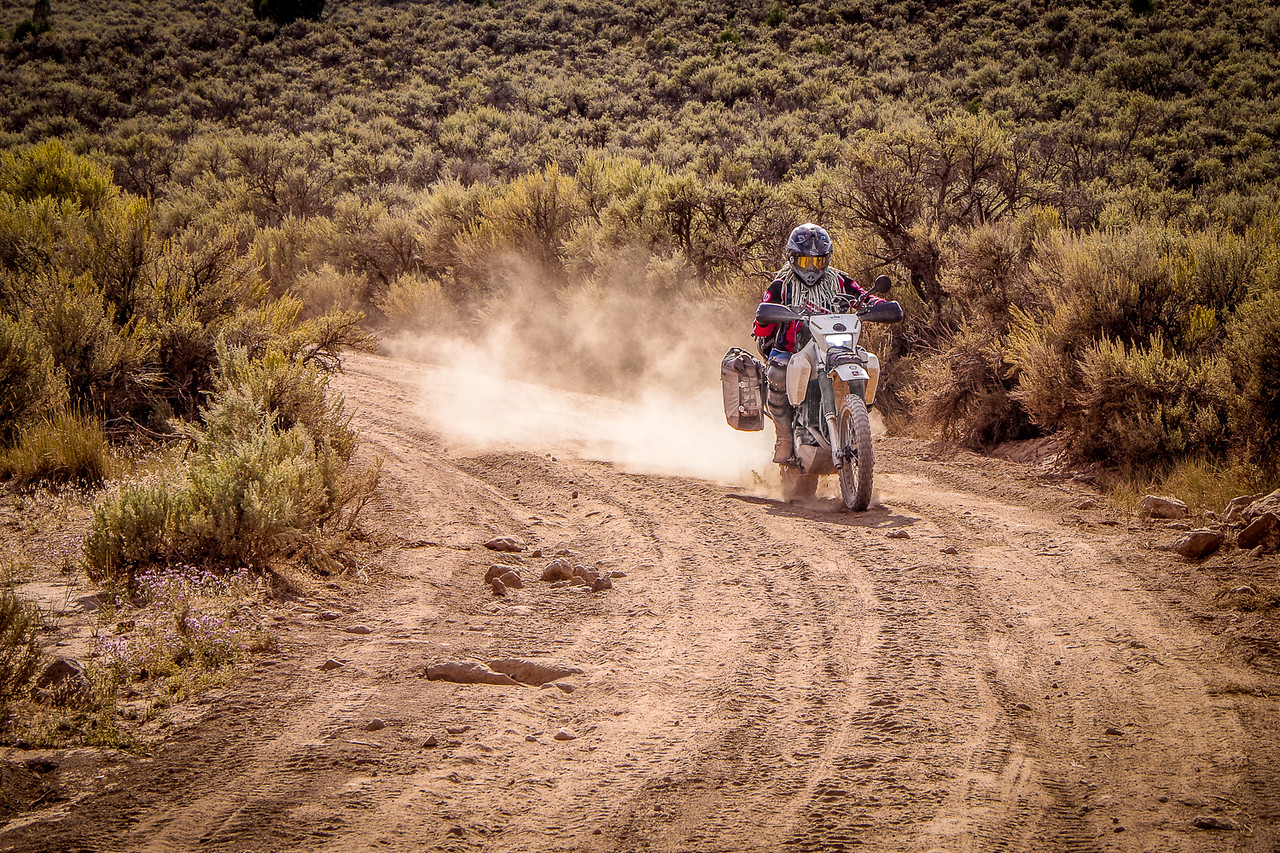 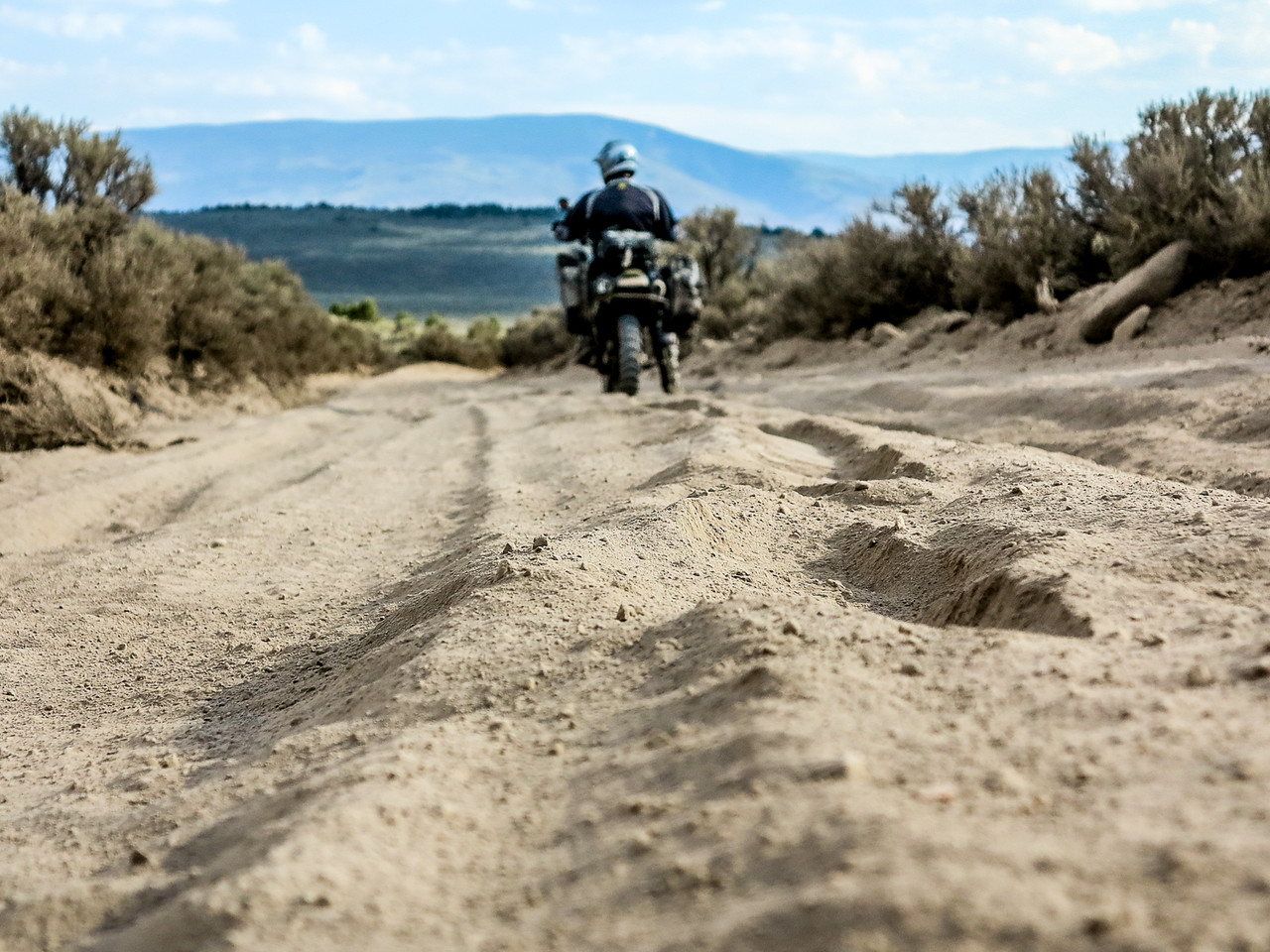 After this shot above Egle’s bike wouldn’t restart, it was way overheating from the slow going, gas was expanding and boiling and no shade in sight, what should have taken us 20-30 minutes took almost 2 hours

The following day we headed west and got high! 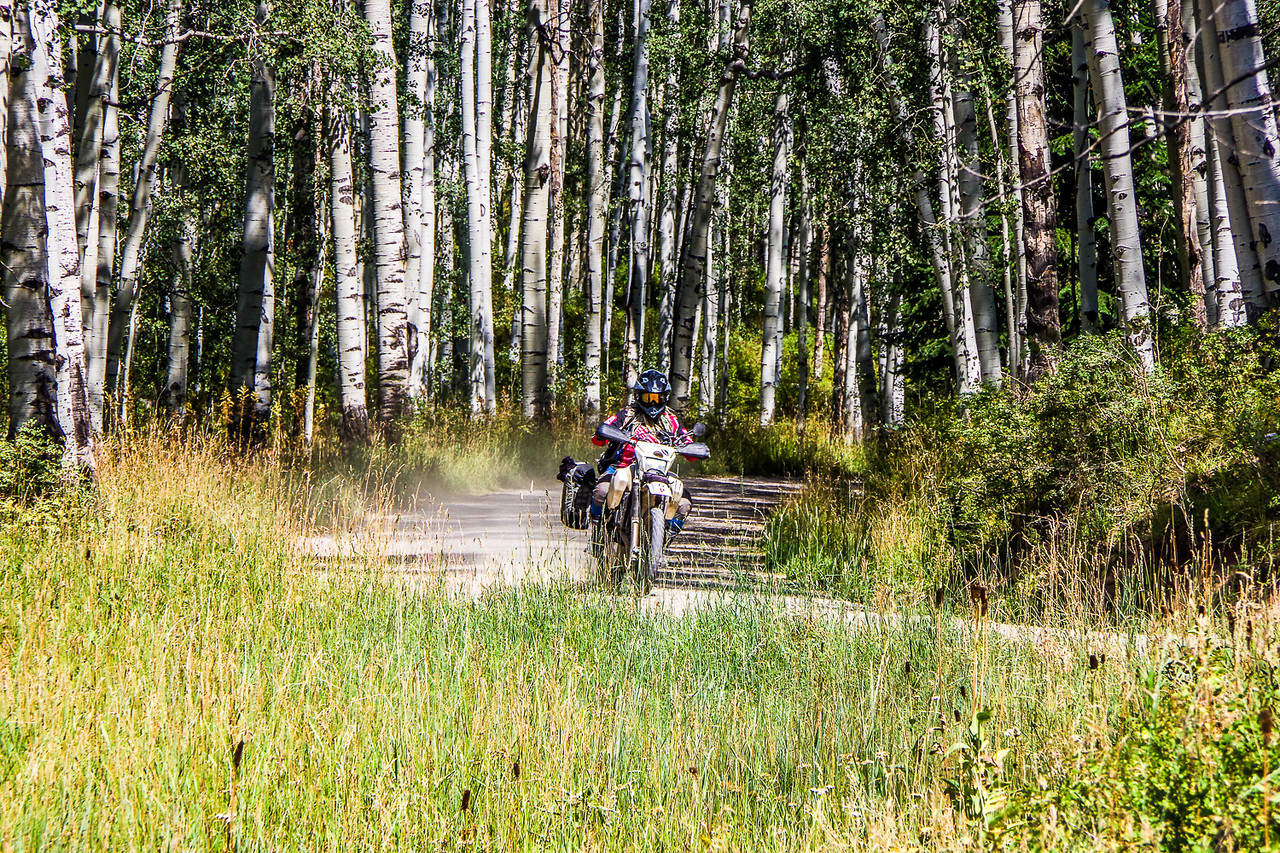 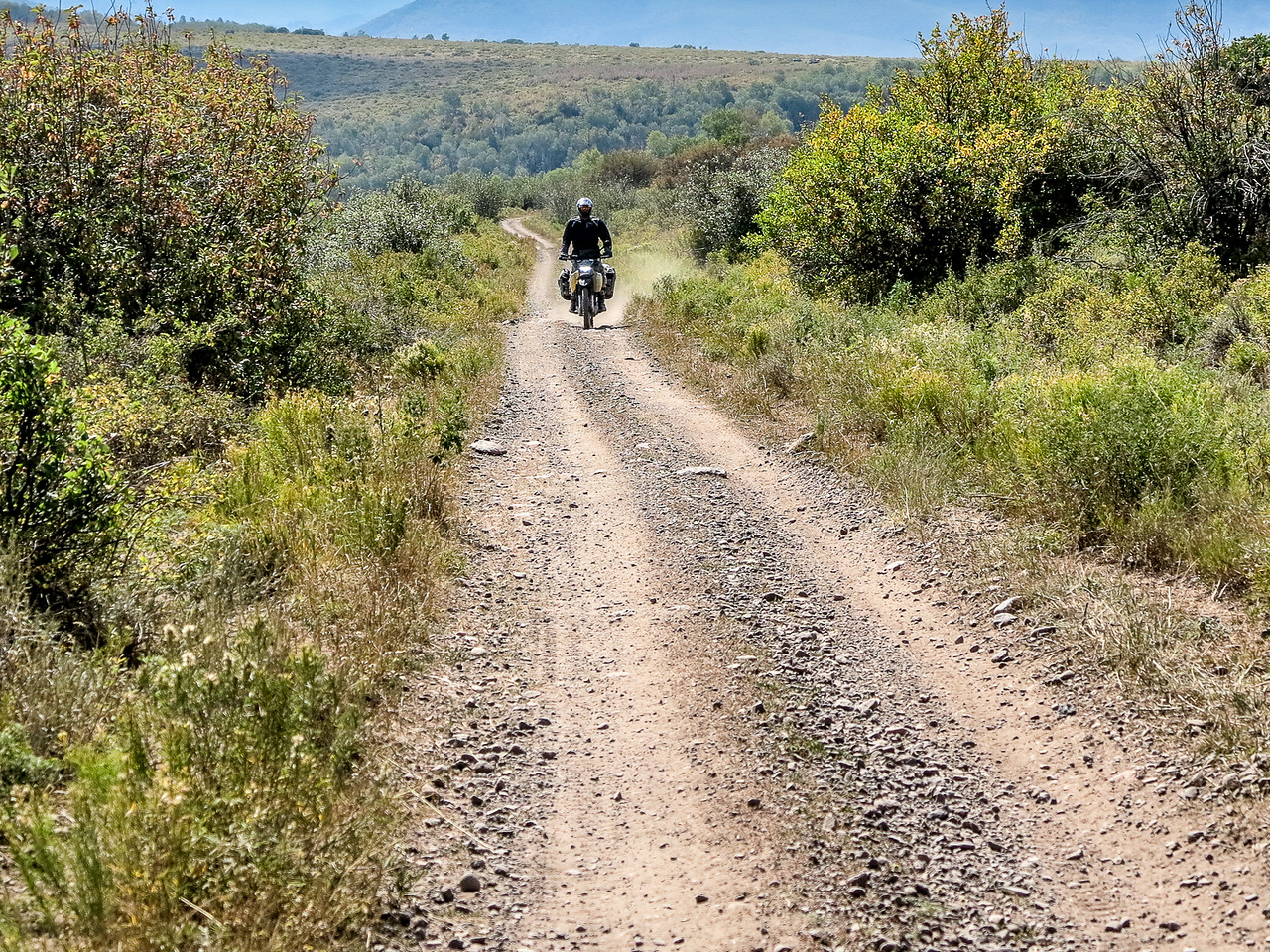 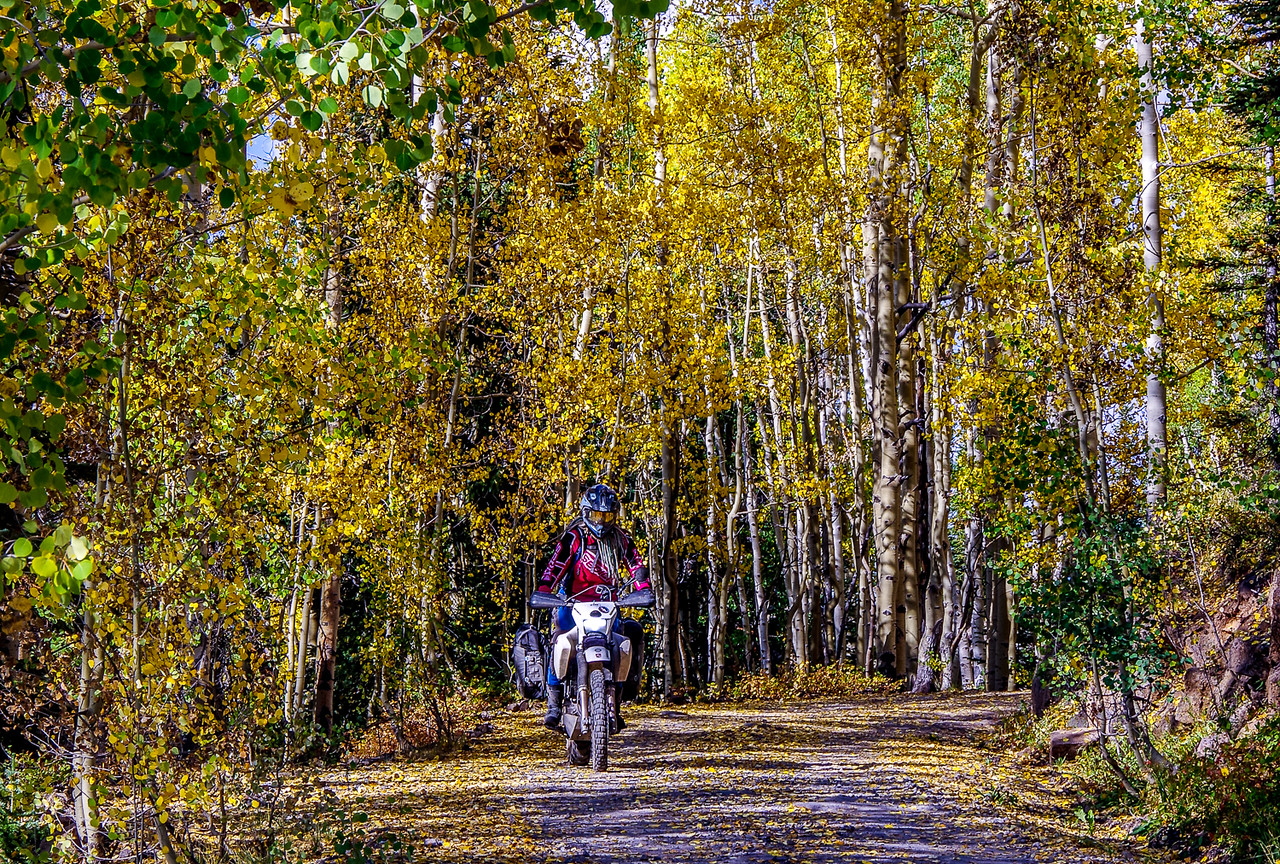 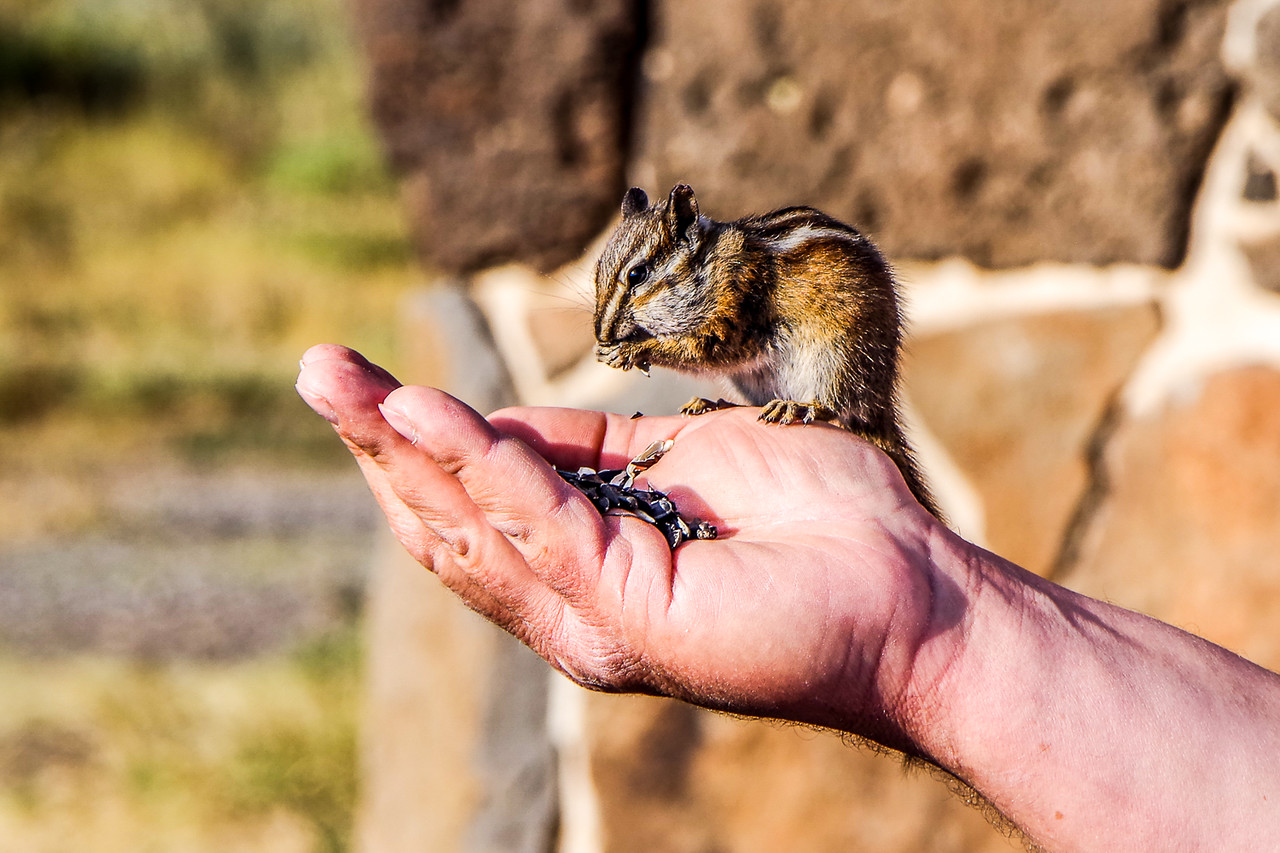 eakins talked about Lands End Rd. of all the thousands of miles I’d ridden in CO I had never heard anyone mention this dirt road, great to see new places, we got here at the end of the day, early morning would have been better for the best views. 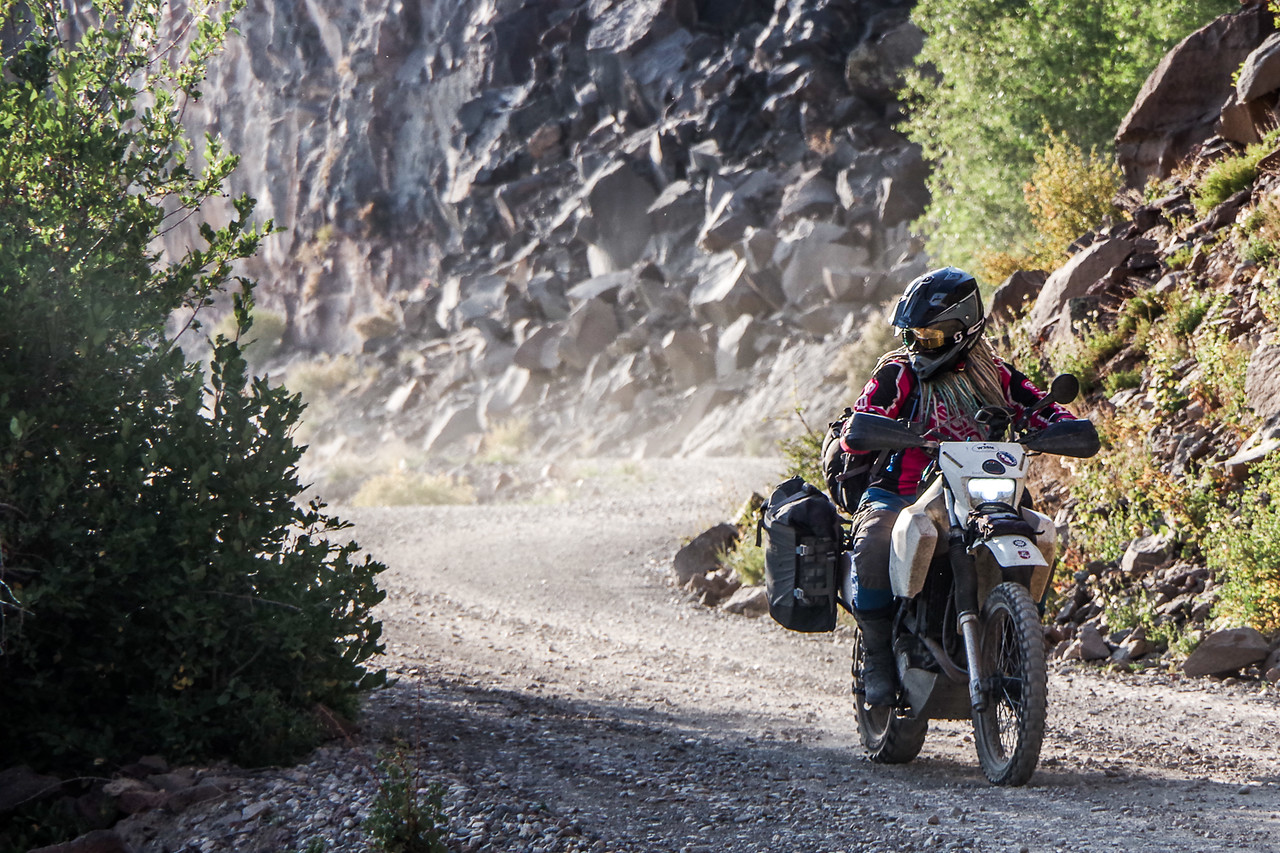 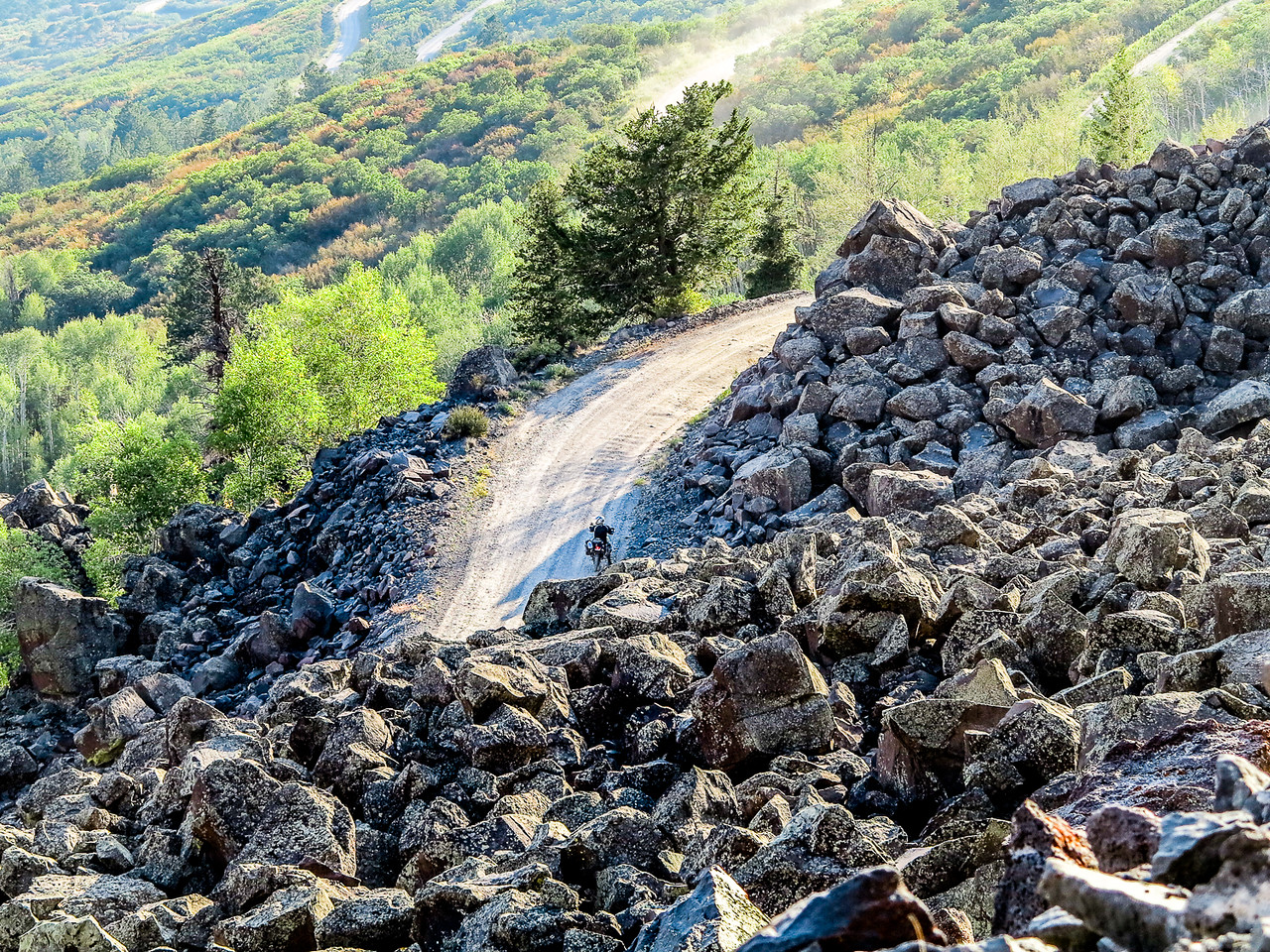 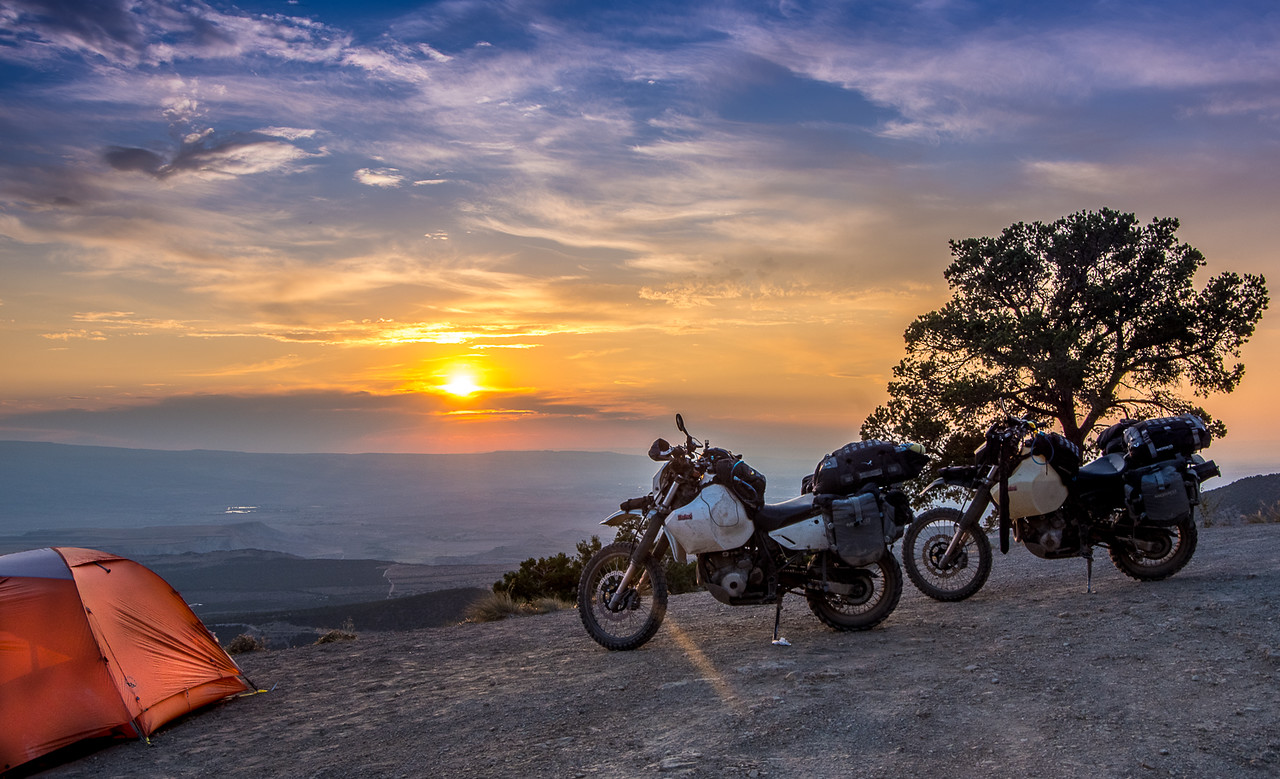 In the morning we got the great view from our new Big Agnes tent, the wind had blown all night and valley was somewhat clearer

from here its a hop, skip and a jump to Moab for the rest of the week while she writes… 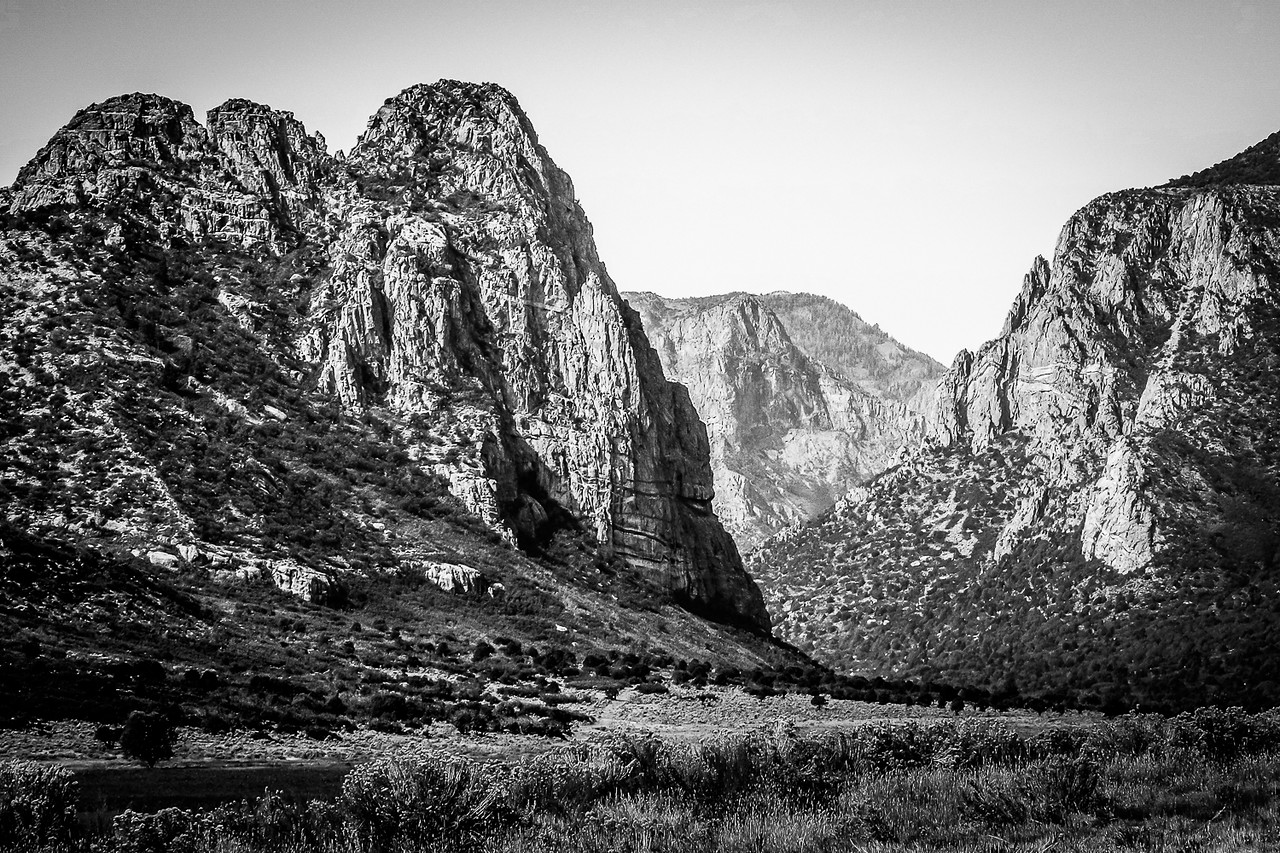 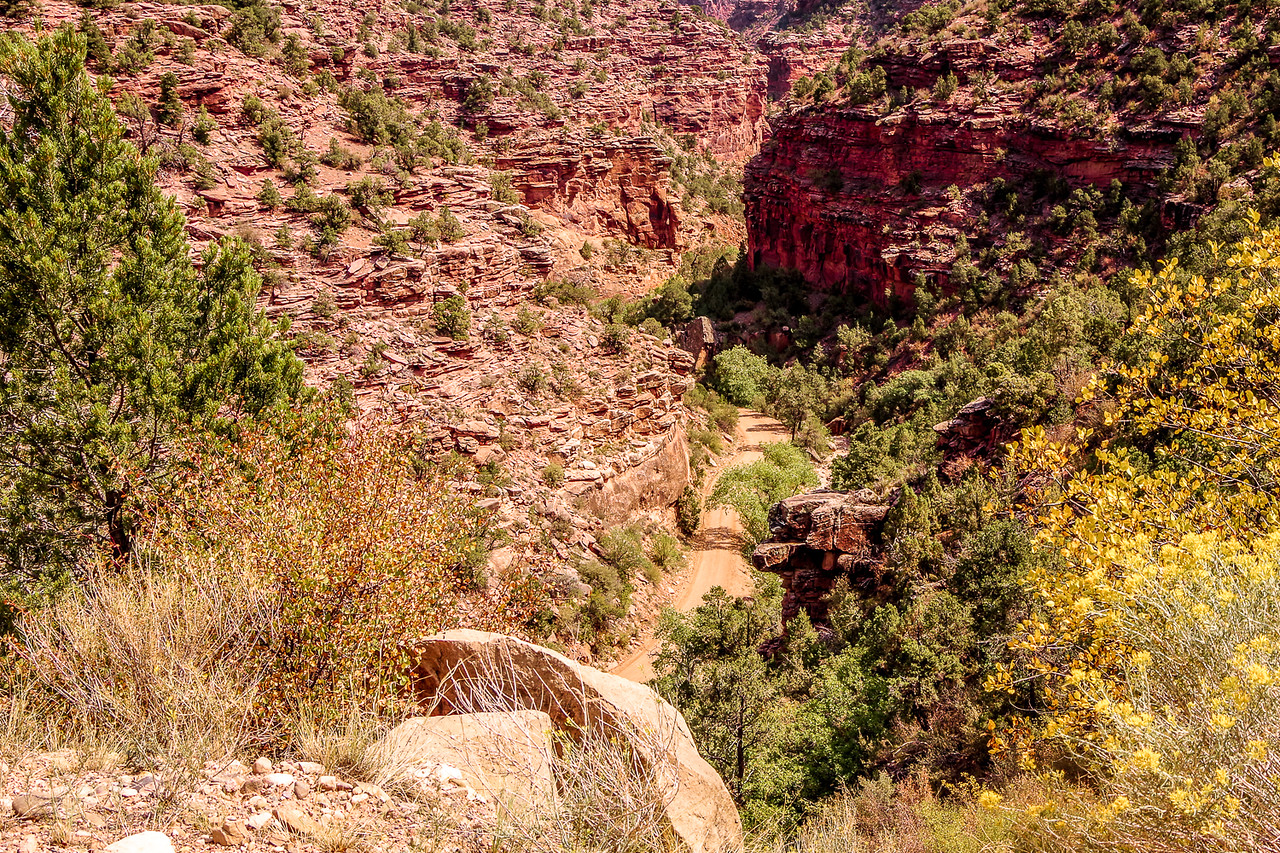