trees, dams, a cracked frame, a busted battery, two carbs that needed rebuilding, lots of welding, the biggest crane game in the world, loads and loads of beer, icebergs, black flies, amazing people and one complete dickhead on the ferry in Quebec is how I’ll remember Canada this time around, but I digress.

We got a new battery for Egle’s bike and we were good to go after a few checks to confirm it was just a battery issue. Once you are about 50km from Lab City you are on your own, seriously on your own, a mix of pavement and dirt for the run down to Baie Comeau was a tree and lake lovers paradise

paved or dirt – you get both 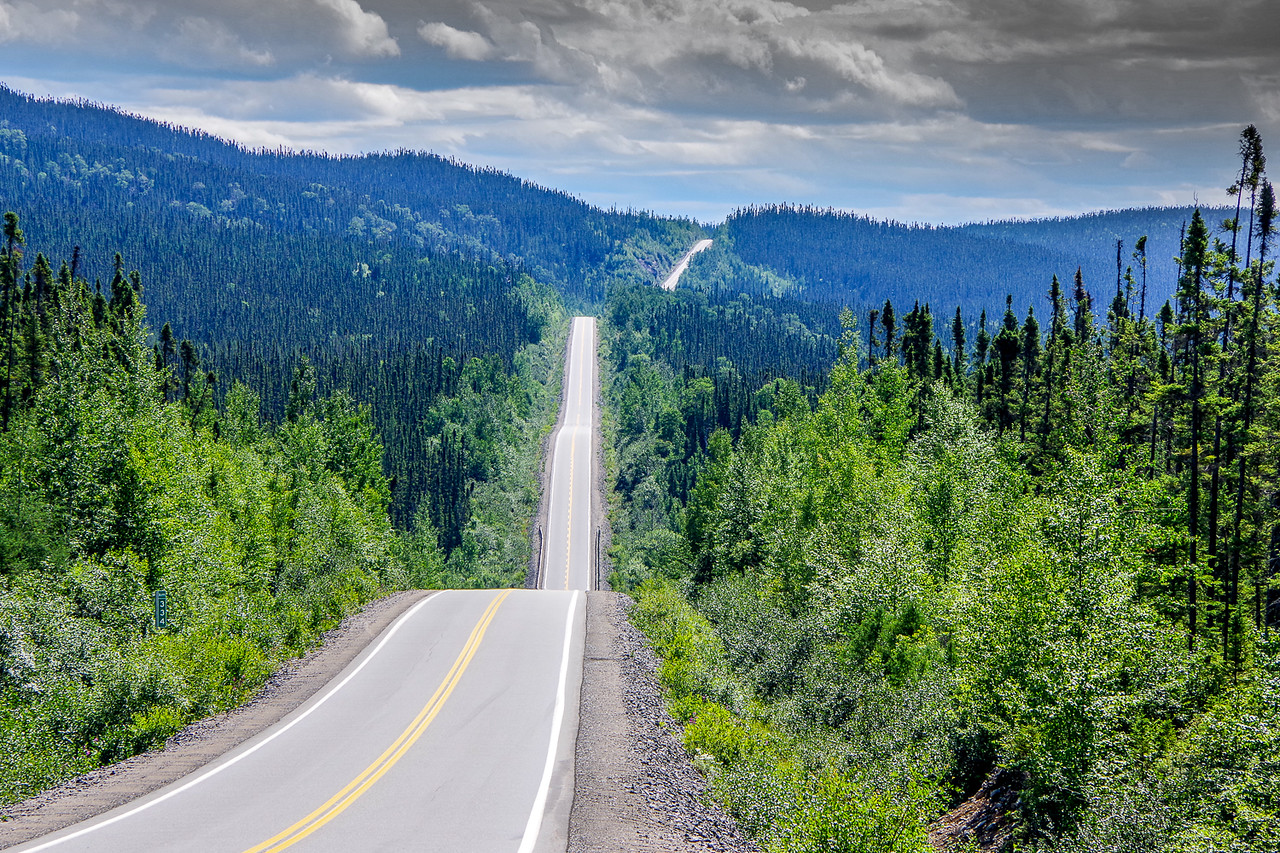 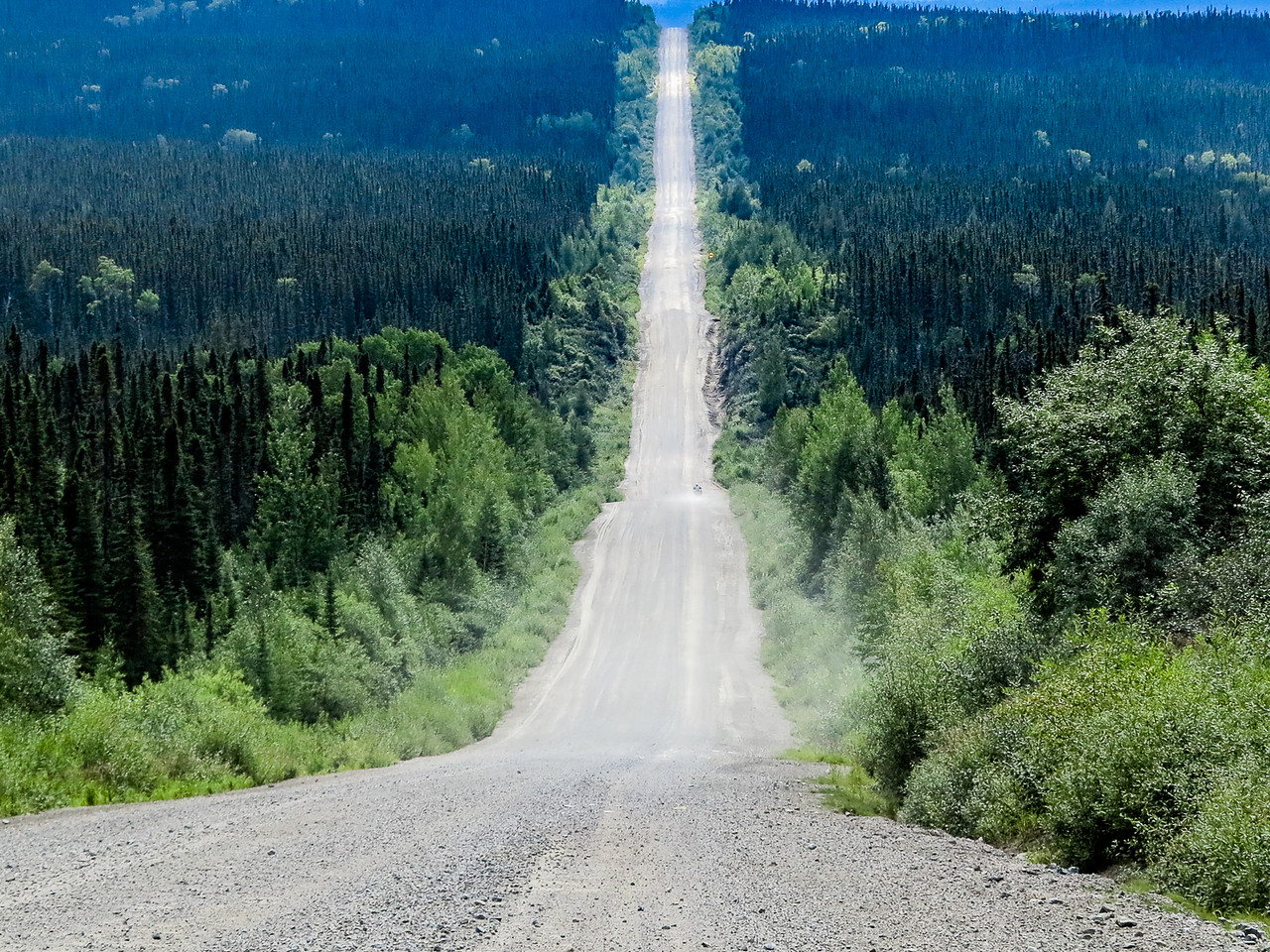 Dams, yeah they’ve got those too 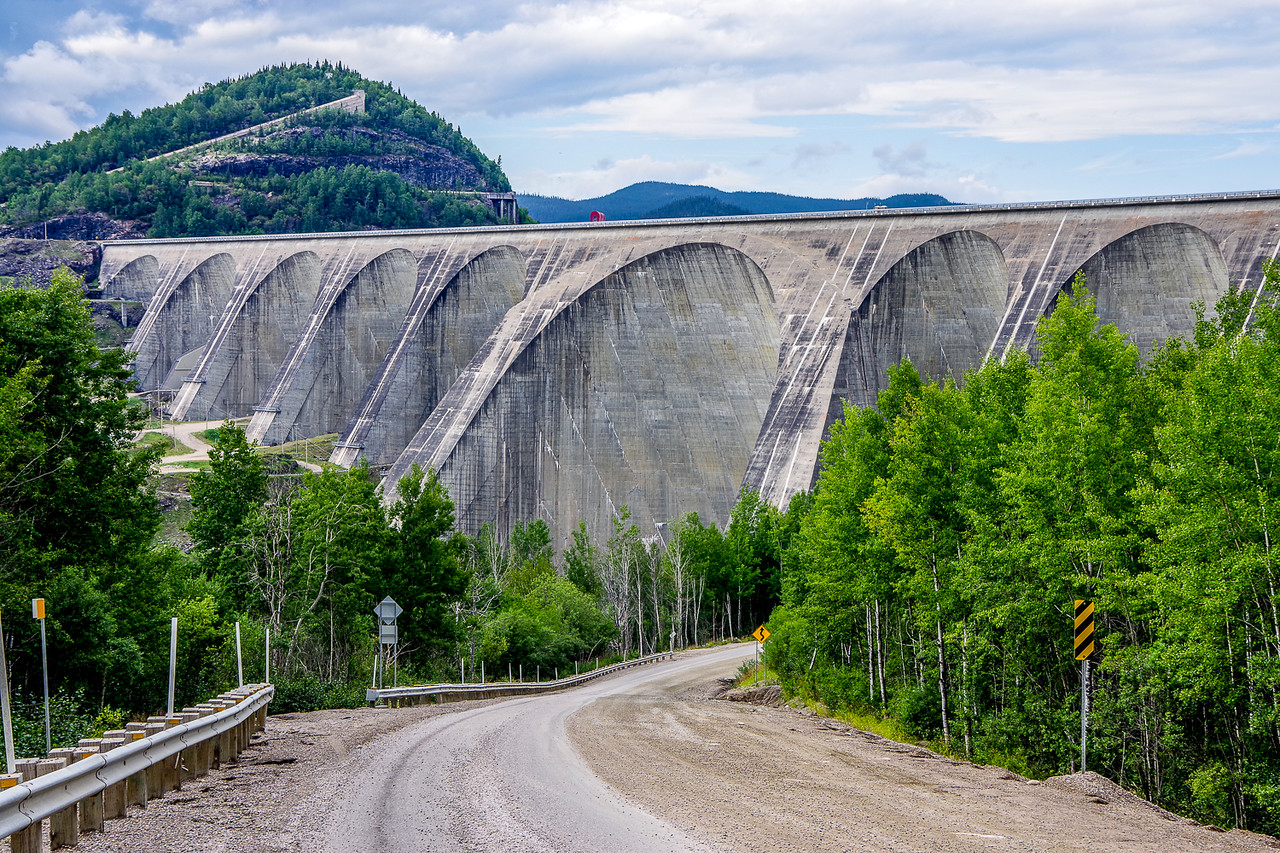 are they big, yes they’re ‘dam’ big…see what I did there?

Can you spot Egle? 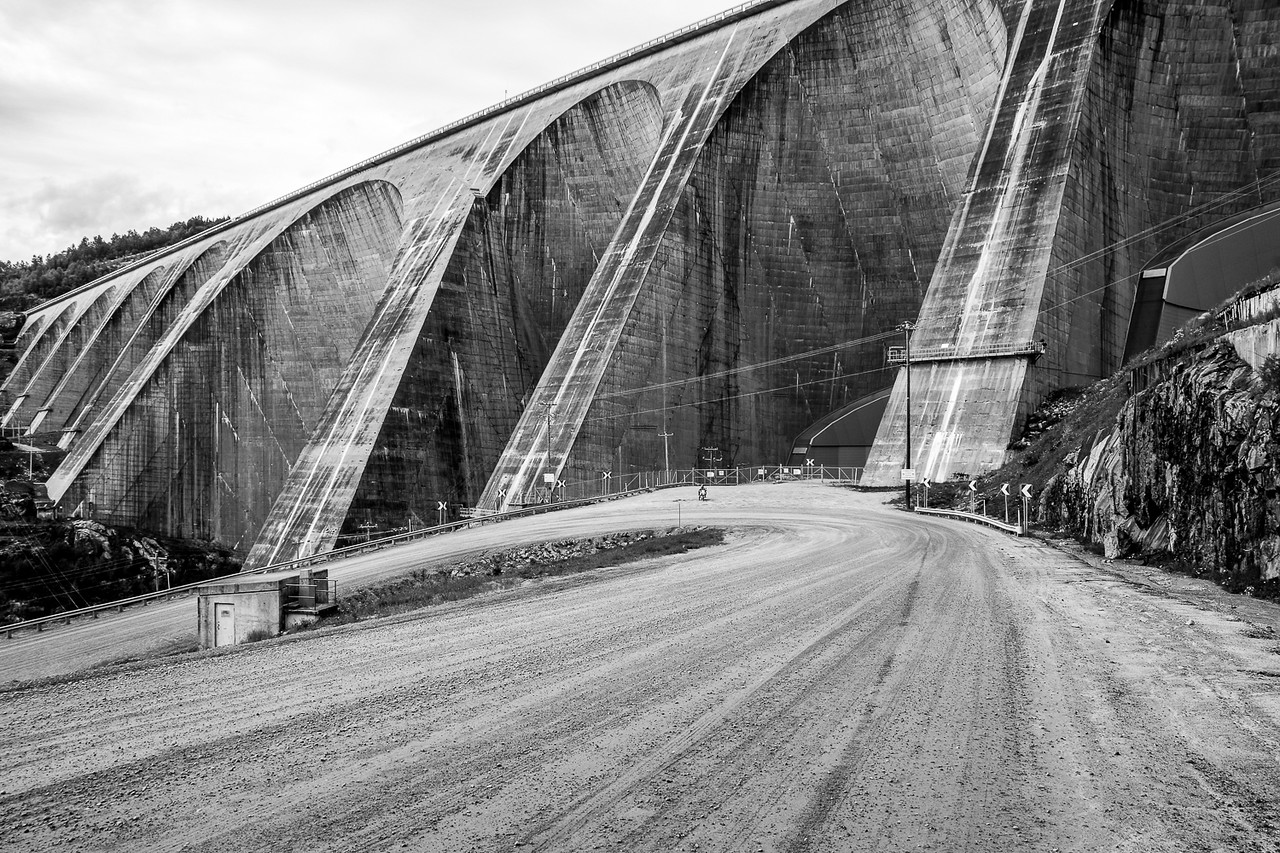 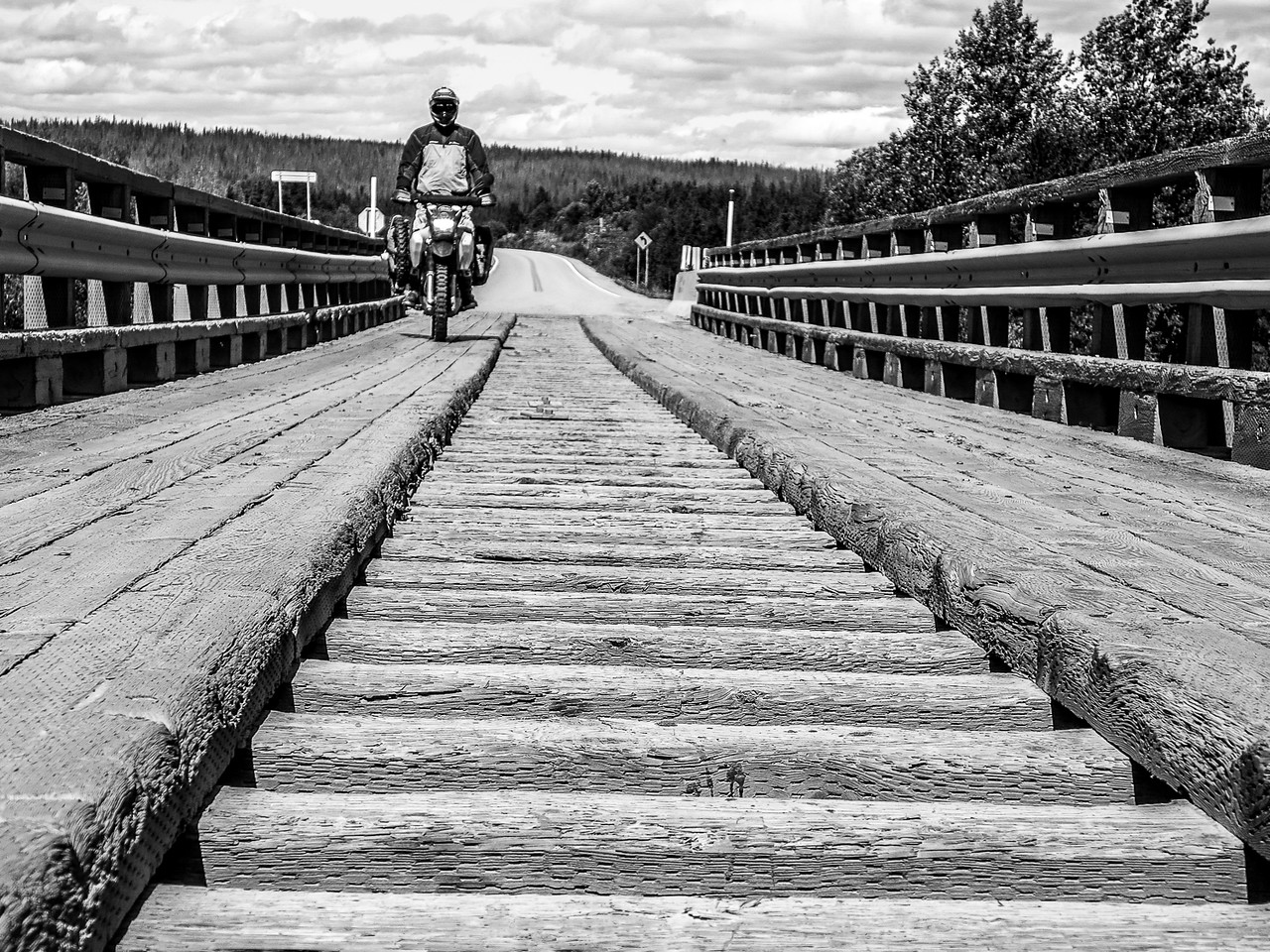 and some more trees… 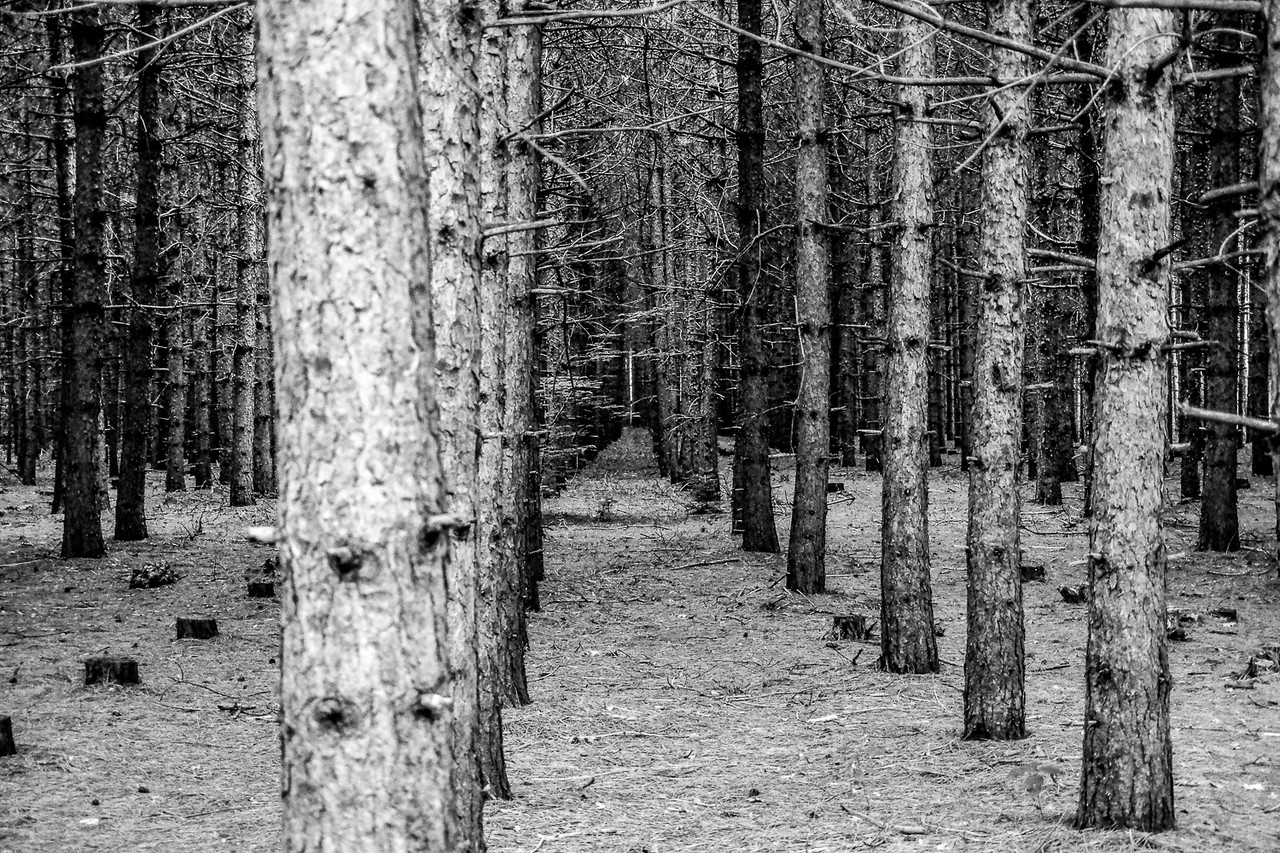 We stopped in Baie Comeau to meet a rider ‘John’ (not an inmate) who I’d spoken with on FB who was coming the opposite way on the TCAT/ TLH when he was t-boned by a car and rushed to emergency with his leg broken in 4 places…get well soon buddy if you see this.

When we came out @Doogle passed us at an intersection but didn’t see us so we carried on to Saguenay to meet @jackalsour, thx for your amazing hospitality btw.

To get to him we missed a turn in the fog and ended up on a ferry which allowed us to meet the most obnoxious Quebecer ever, who worked on the ferry. We were crossing here 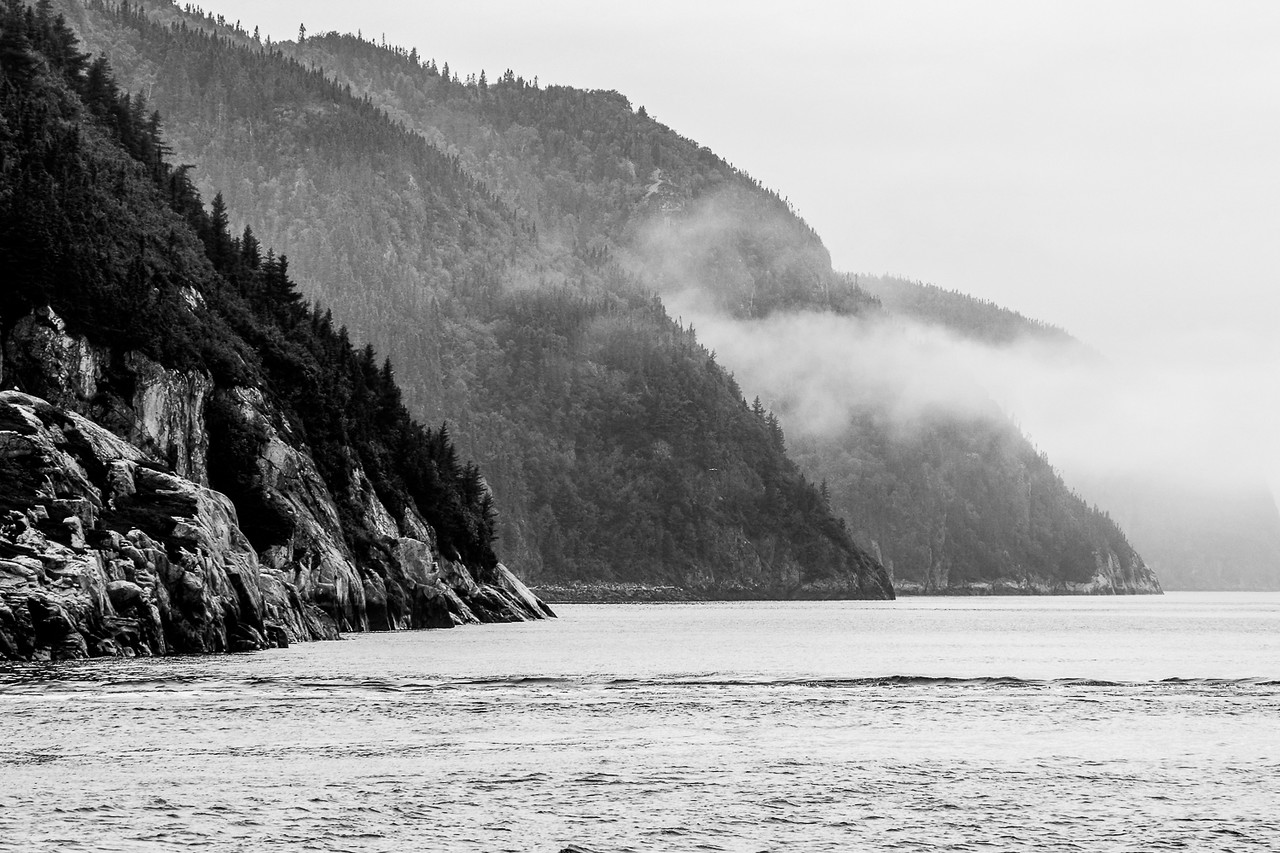 as we docked, we go to ride off and as I’m almost off the ferry he puts his hand up, so I stop then the conversation starts

and Quebecers wonder why they get a bad name, just wish I had it on video, it’d go viral but he’d still keep his job and probably be a hero in Quebec

and back to the trees!

All was good for a few days heading towards Toronto and then my bike was not starting, the starter had nothing, not even a click, a little roll backward and forwards initially got it to start then this changed to a full on bump start. We headed for @roadcapDen in Toronto and his well-tooled garage and we did a fix by taking the bike apart and doing a starter rebuild.

While putting the starter back in I notice the crack

I check the other side and that has one too

We left @roadcapDen place and headed up the road to meet some other friends @waterlilly and Les of No Agenda World Tour, and former owners of Dual Sport Plus in Stoney Creek, as luck would have it they were at a farm with a fully equipped workshop which I was given free run of and got to play with a MIG welder which I haven’t touched one in about 10-12 years so my bead was a way off but my strut cutting was more important to reinforce the frame to make it all good again and better after rewelding the frame 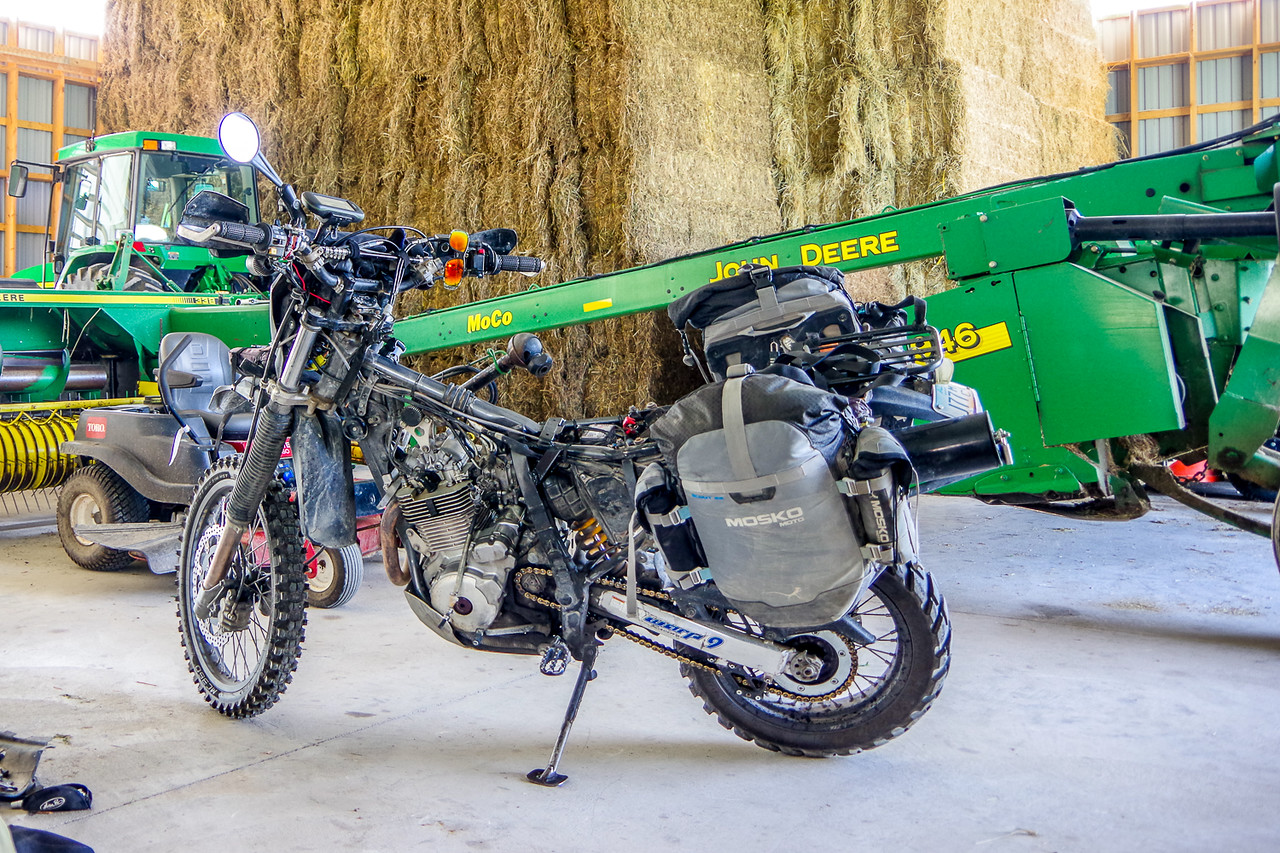 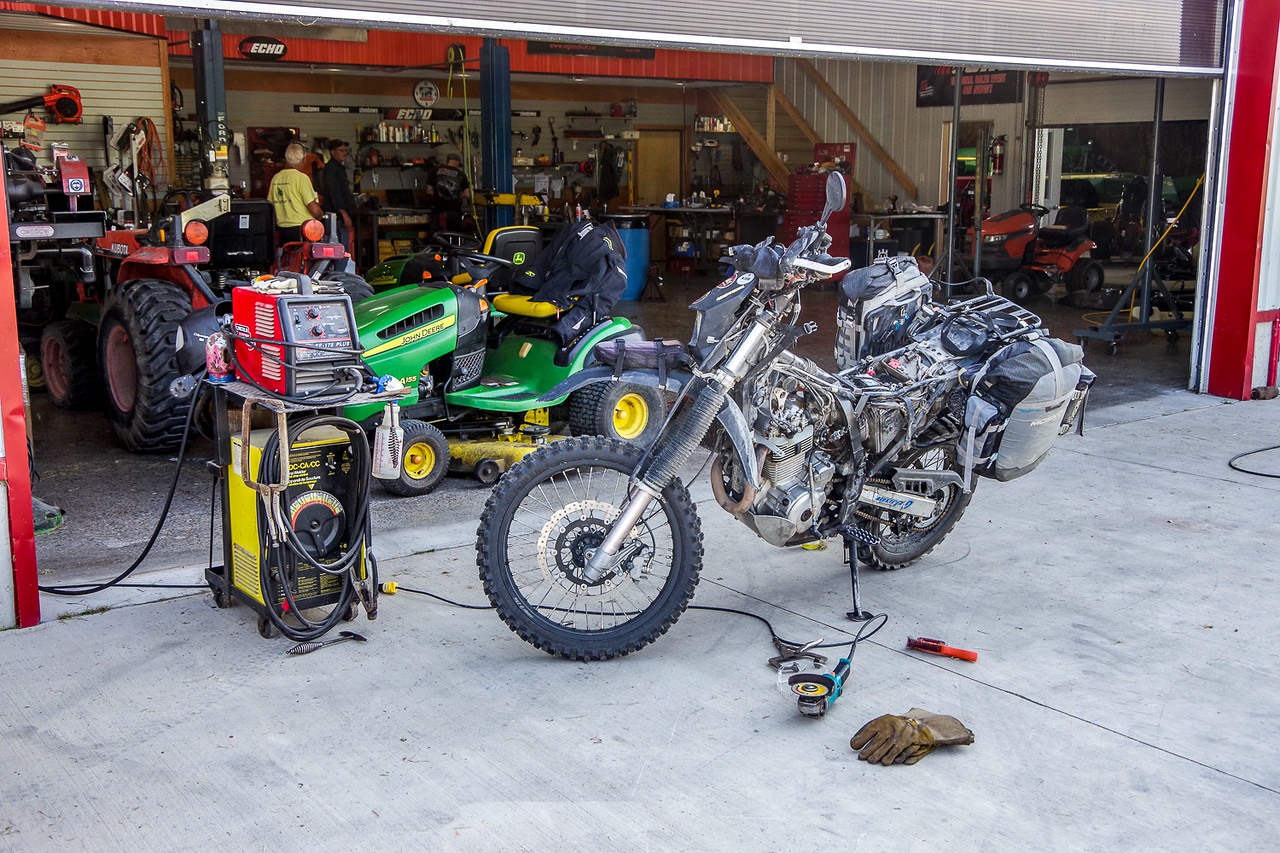