Our quick tour of BCN done we headed to the mainland, I took care of the chore across the border solo in AZ, it was weird to be back in the US albeit for only 90 minutes 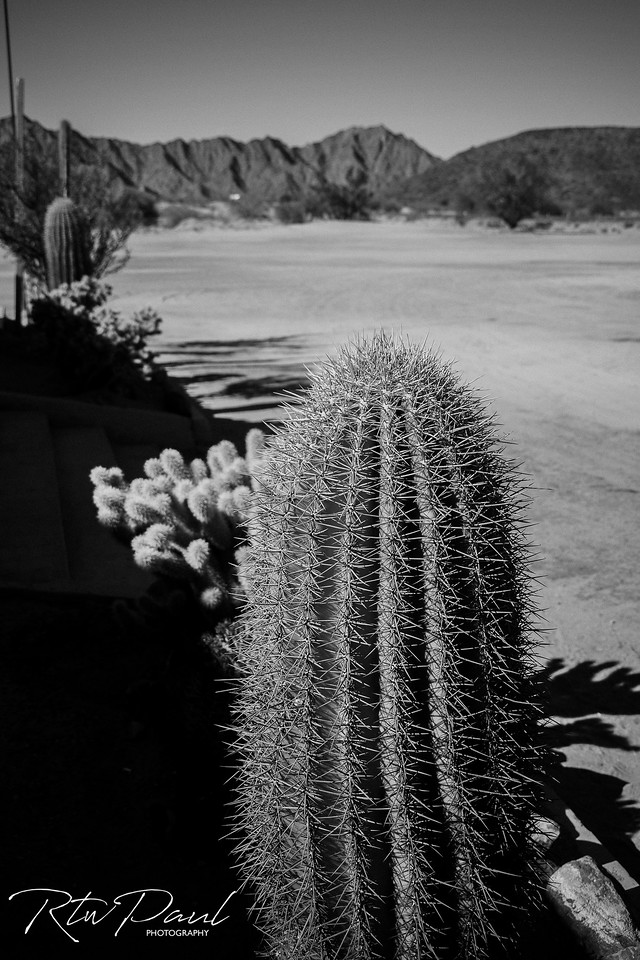 Not wanting to ride too far in a day after the AZ excursion we headed to one of most northern Pueblo Magicos, Magdalena de Kino a nice little place, we were the only tourists in town which are always fun, because if the locals see you twice they wave and say hello to you, like a long lost friend 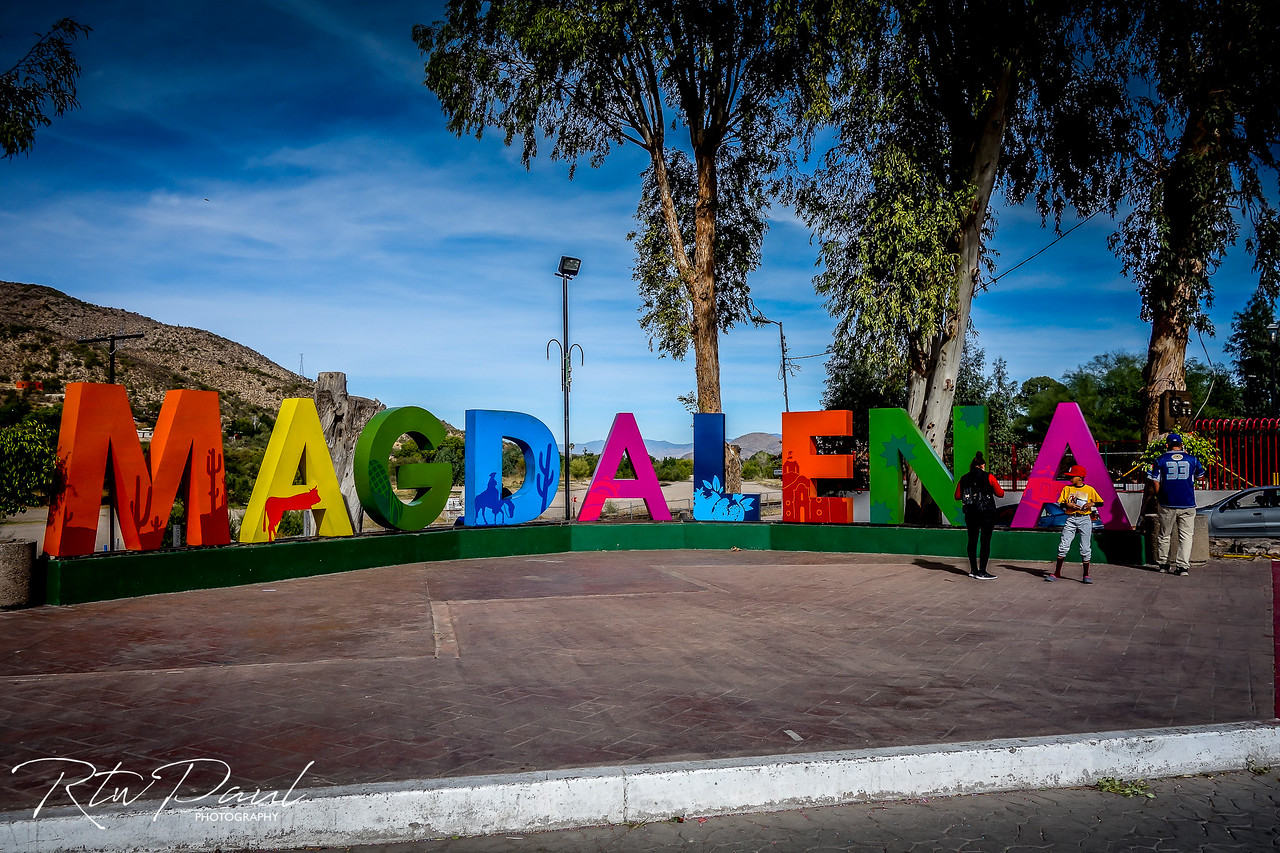 The center of the town is dominated by a large domed building that holds the Grave of Father Kino, who died in the year 1711 and is interred in a crypt near the mission he founded. The monument was constructed in 1966 after the discovery of Father Kino’s remains, a little weird looking down thru the windows to see this

After the post from @Thomas B. we exchanged a few messages and headed his way, and here’s a guy who most of you won’t know or have even have any idea where he and his wife have ridden – an easy way to explain – EVERYWHERE! They are obviously now in MX but last year rode the BAM and the Road of Bones back to back and he has some killer video in his RR. As I see a few of you like Colebatch’s recent videos I know you’ll like Thomas’ stuff….start at the beginning HERE, he deserves more views for sure on his RR

To get to them it was more than a few hours of mountain roads, a stopover in a nowhere town of Yecora, then to their location, Cuauhtémoc 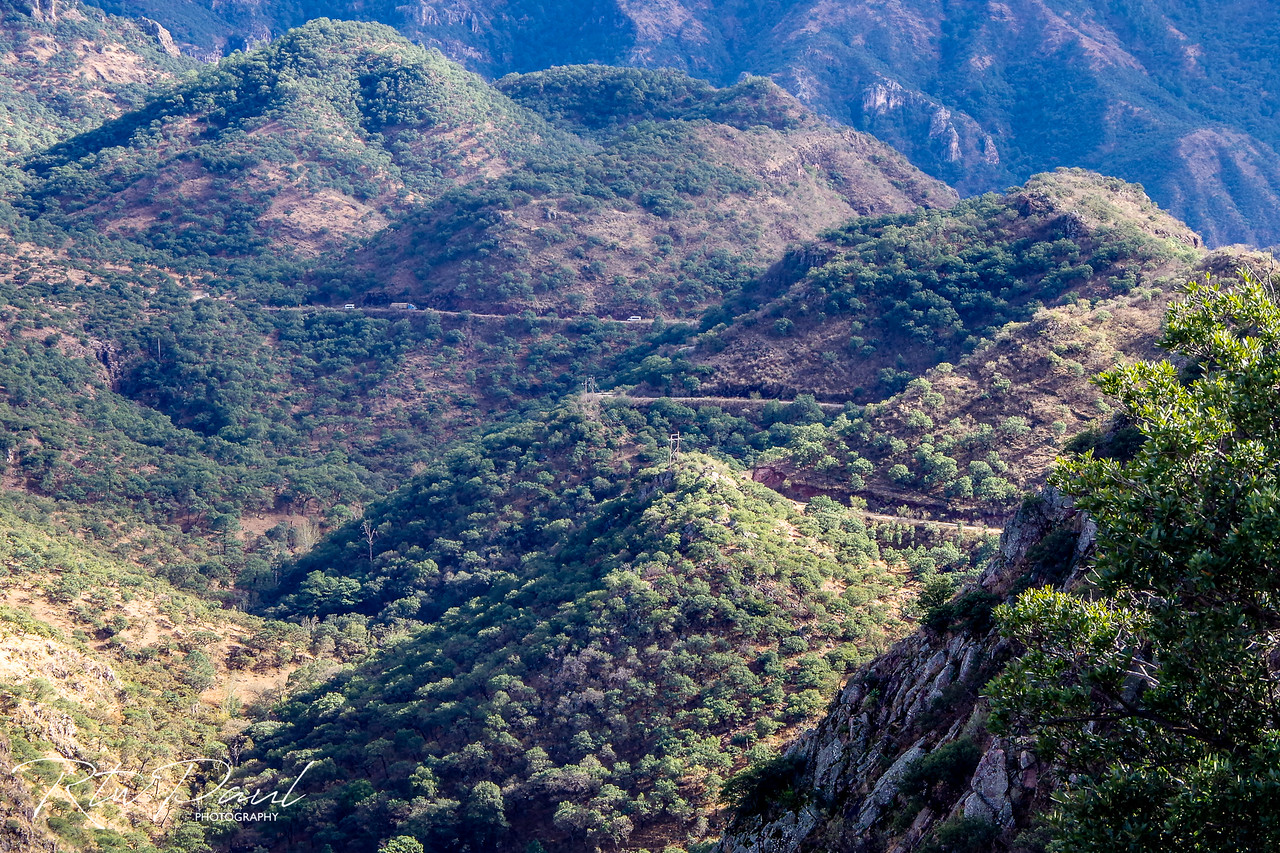 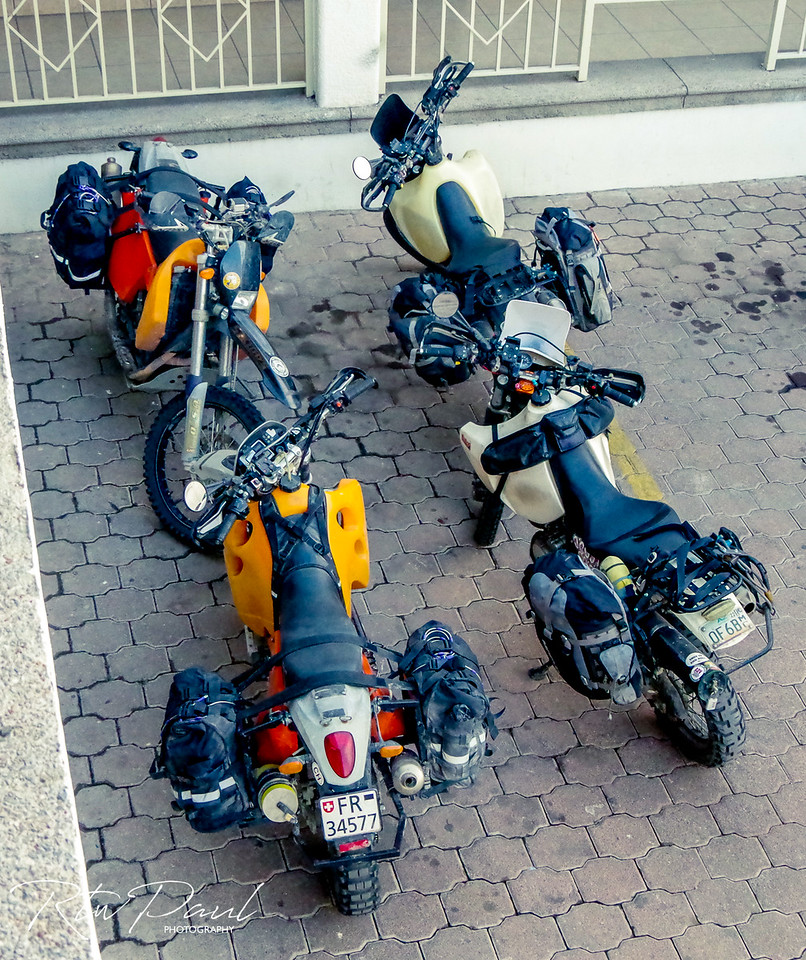 Only a few hours before we arrived he had put Sandra’s bike back in one piece (read his report to understand that), so we decided to ride together for a few days…

Thomas and Sandra left a little while before us from Ciudad Cuauhtemoc so they could get a feel for the motor rebuild, we arranged to meet them in Creel 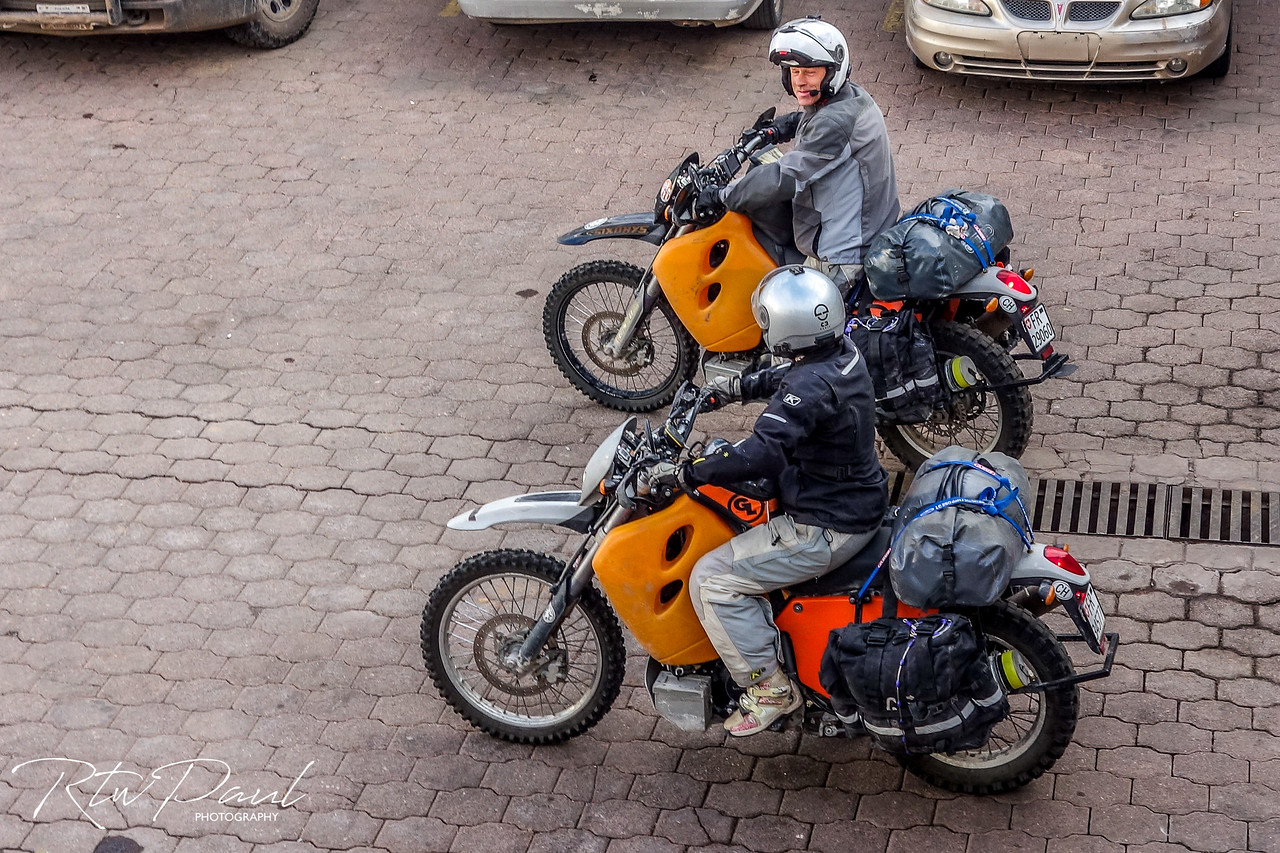 Our plan collectively was Batopilas, T & S told us they had help from @Tury also known as Mister Copper Canyon as he’d been riding here since ’72 and still riding at 75 and his riding group Chihuahua Motorrad, they had planned to be in Batopilas the same day, but we had no idea when, so we rode kind of not to know when to expect them 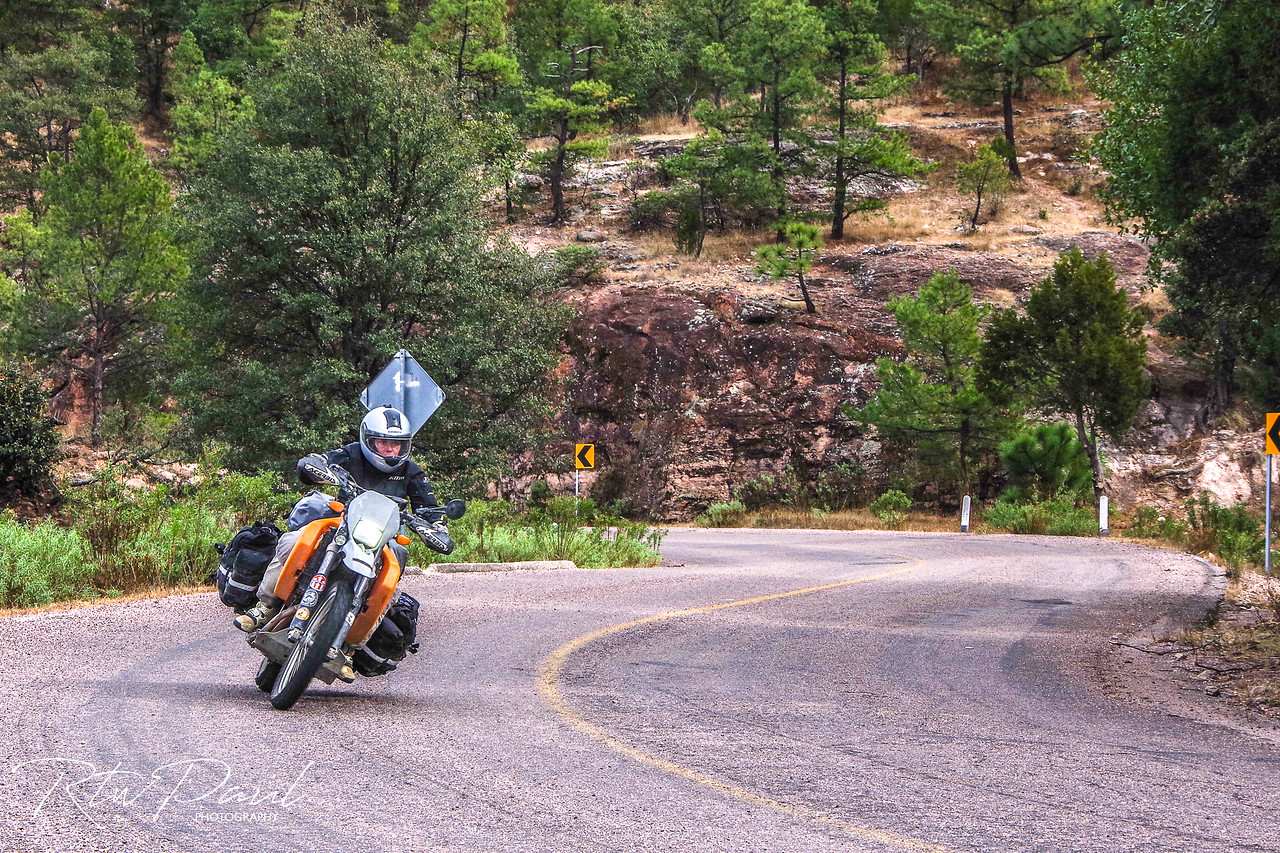 Stopping for a break before the canyon the first rider showed up, telling us he was shooting photos of the group so to watch for 8 more riders behind us 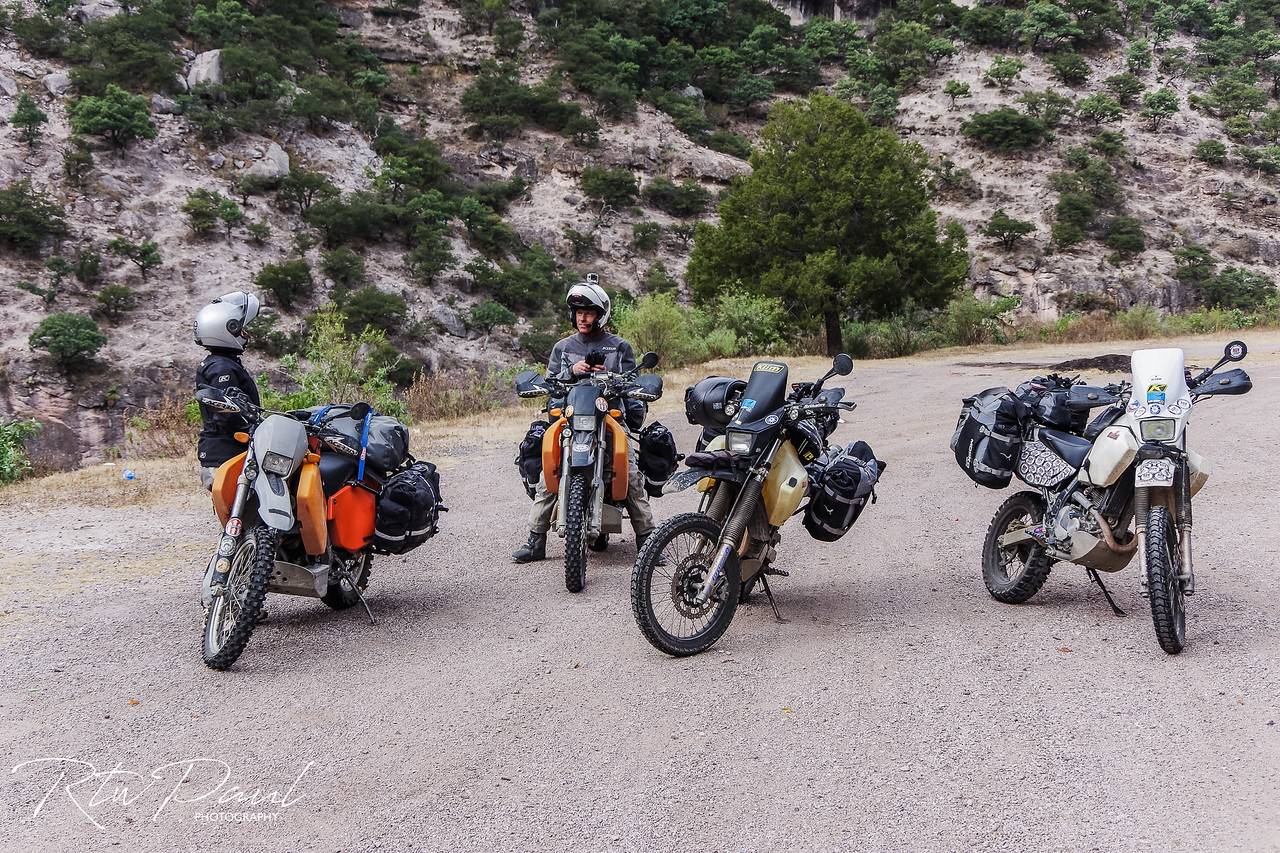 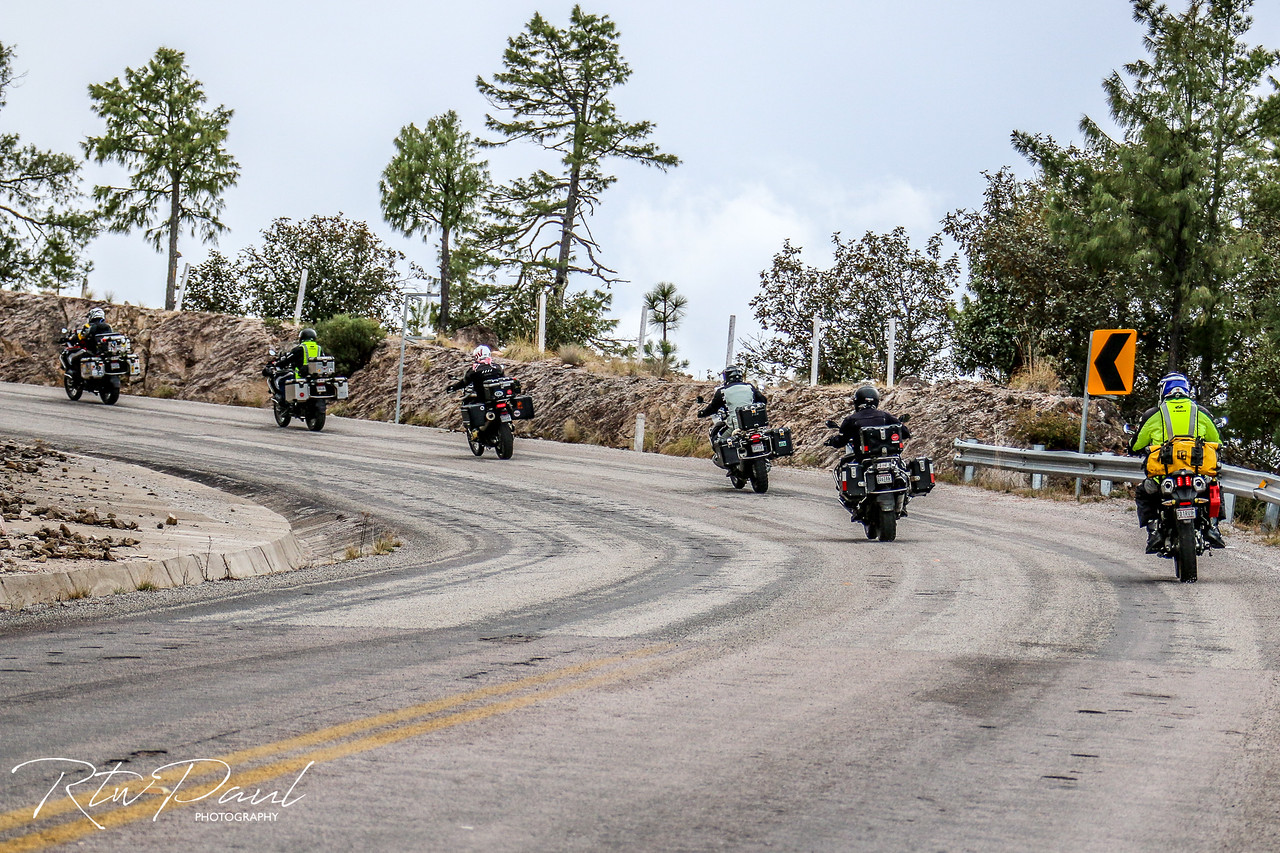 As we rode down to one of the main viewpoints they all arrived, I think we picked a better place to stop 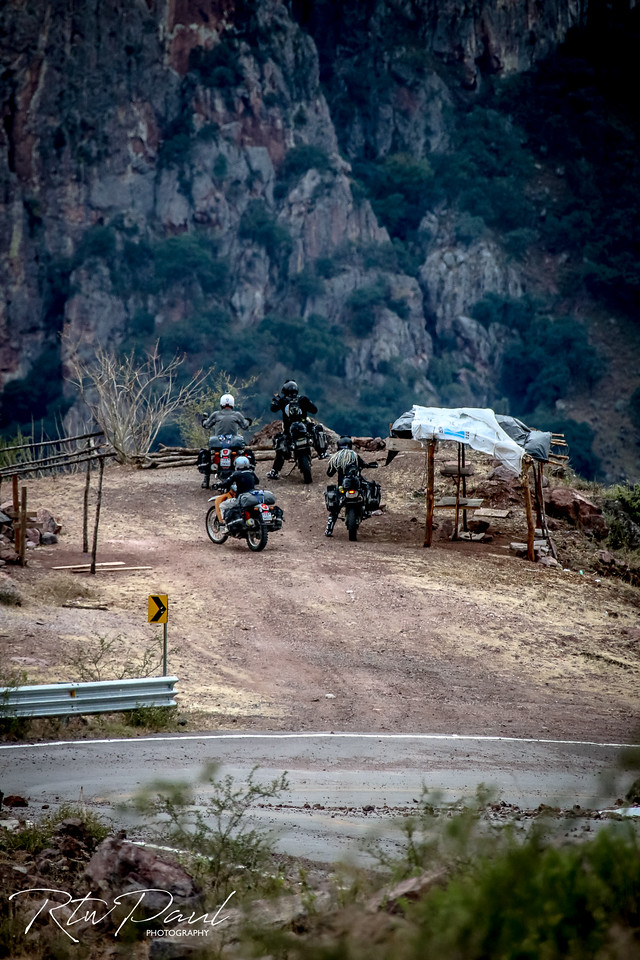 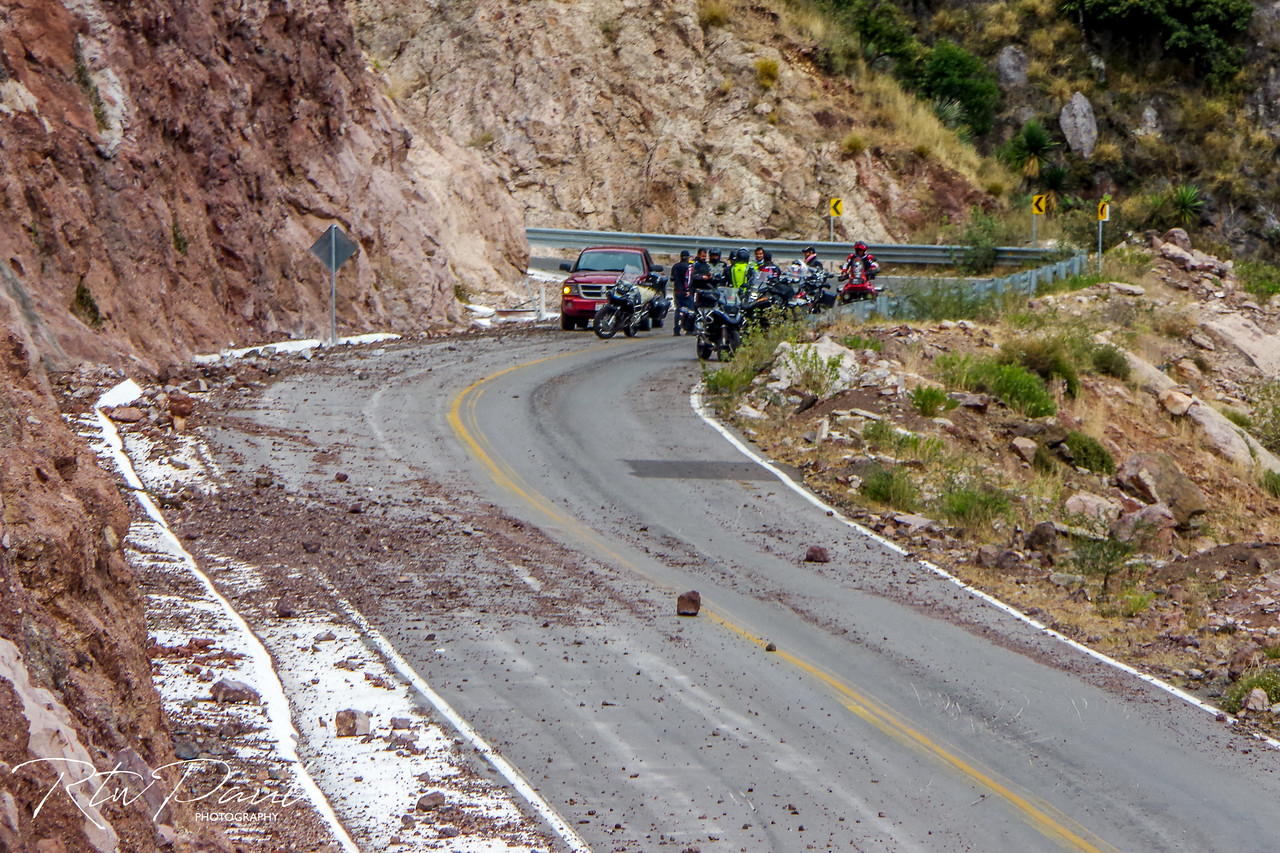 heavy rains from the previous weeks had left a trail of destruction the whole way down, from here we rode together to Juanita’s

If you haven’t ridden down to Batopilas, it is a bucket list ride for sure, yeah it used to be unpaved and those of us that rode it back then will tell you it was more fun, but its still pretty great now as well – but the canyon is trying to take it back and doing its best to destroy the blacktop 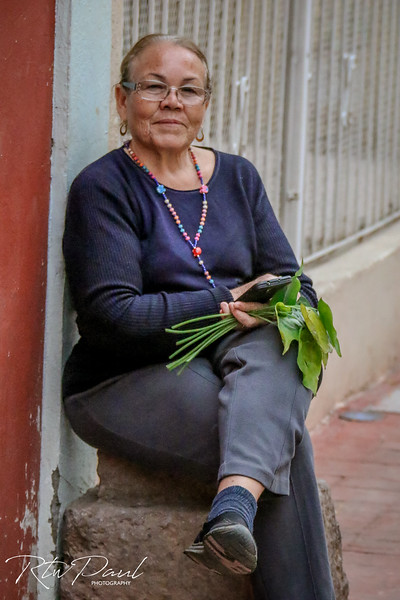 Needless to say, we fill the place 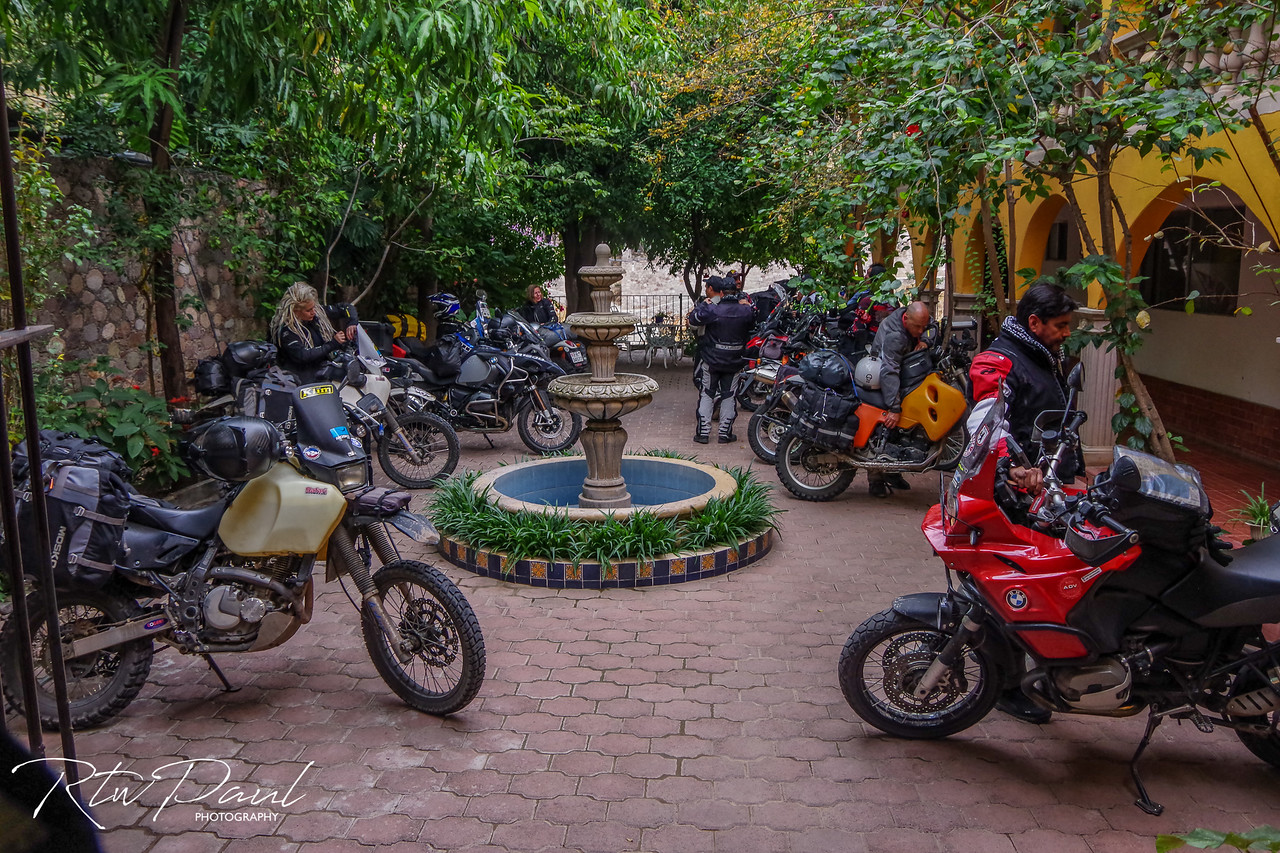 Now let me tell you a little about Chihuahua Motoradd, they are one of many motorcycle groups all over Mexico predominantly made up of richer riders and career professionals, doctor, lawyers, and businessmen etc. and love nothing more than to be generous.

In Batopilas they were headed to here… 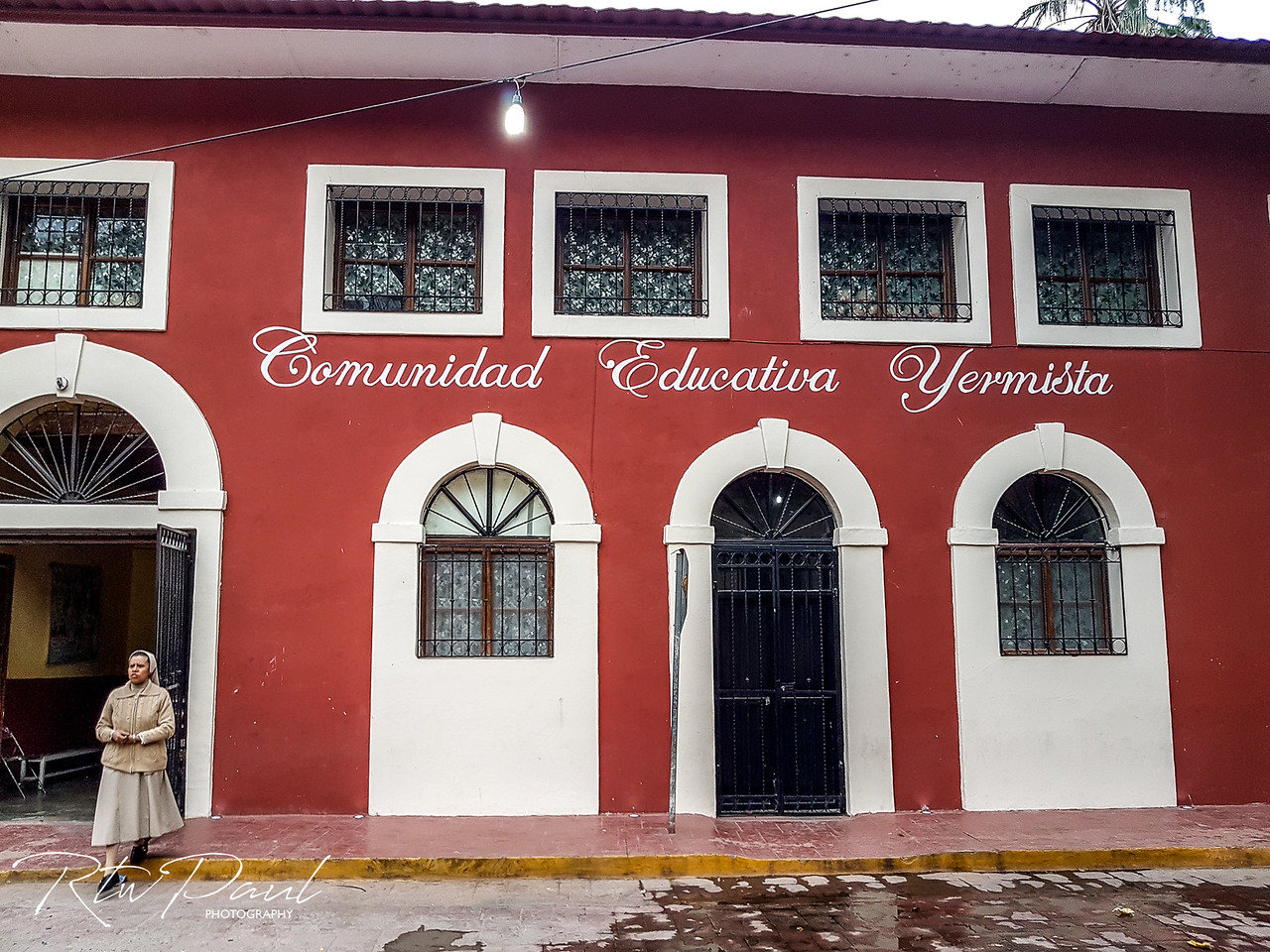 It’s a boarding school for indigenous girls from the surrounding 50-60 villages; they come for up to 3 months at a time because where they live there are no schools, or their parents can’t afford education. Some of which are Rarámuri people (interesting read) and the guys bring mostly shoes for the girls and footballs (its Mexico its a football, NOT a soccer ball) for them and some of the local boys who live in town. Now don’t think this is a one time deal, these guys have donated something in the region of 20,000 pairs of shoes all over Mexico (IIRC) via all the various riding groups! 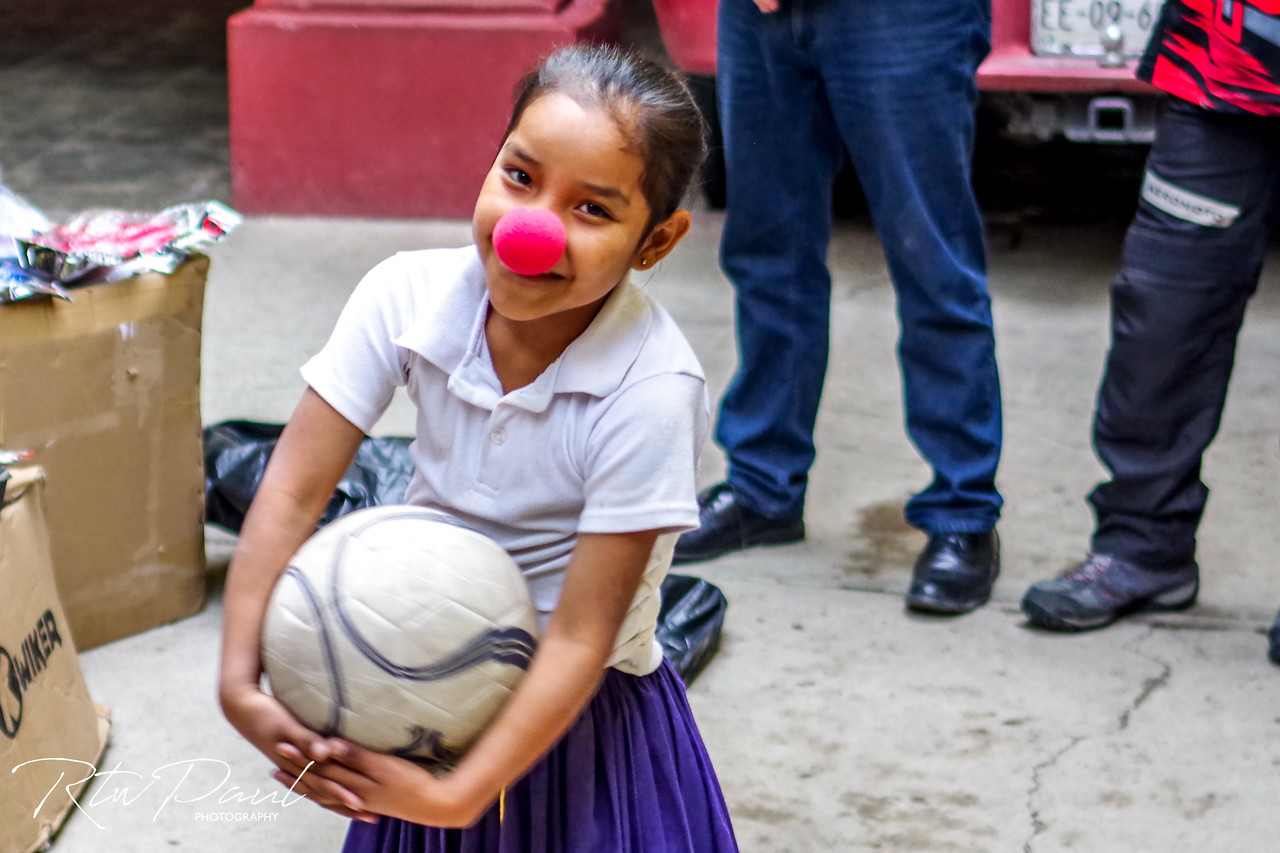 Once the gifts were given to the girls we went out to see the boys, they were really happy to see the guys… 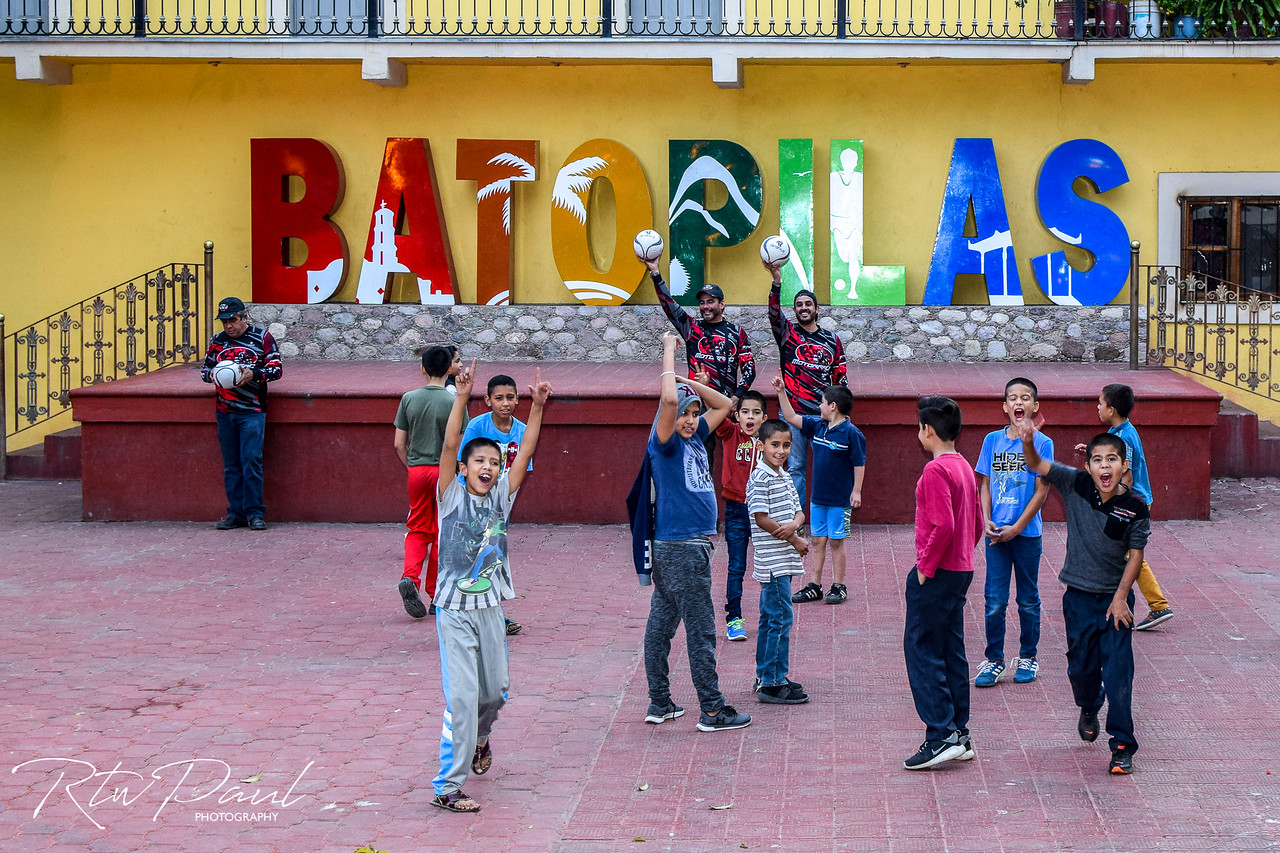 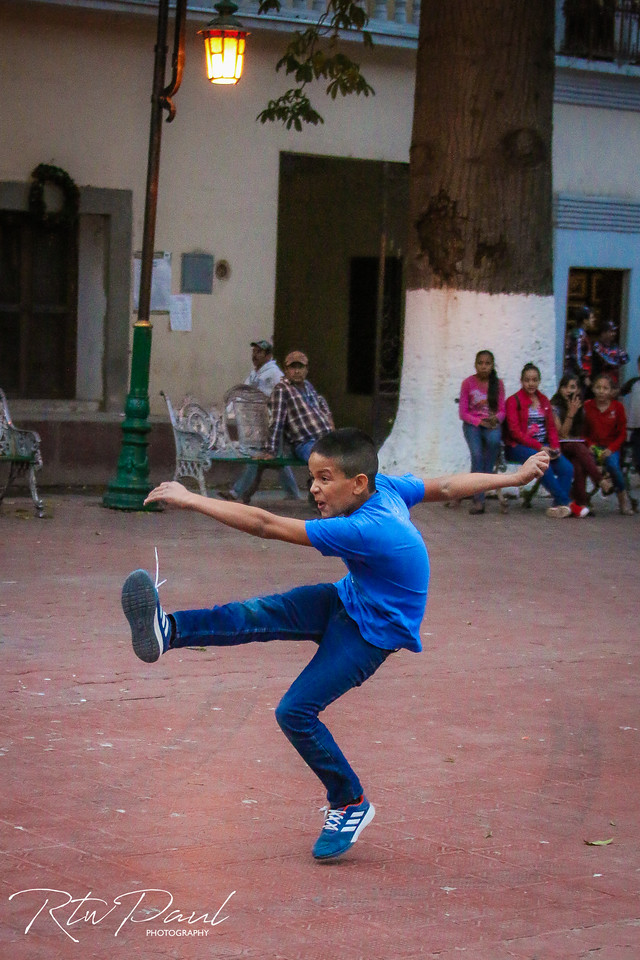 once all the fun was finished it was time for a walk thru town, grab a few beers and then a BBQ 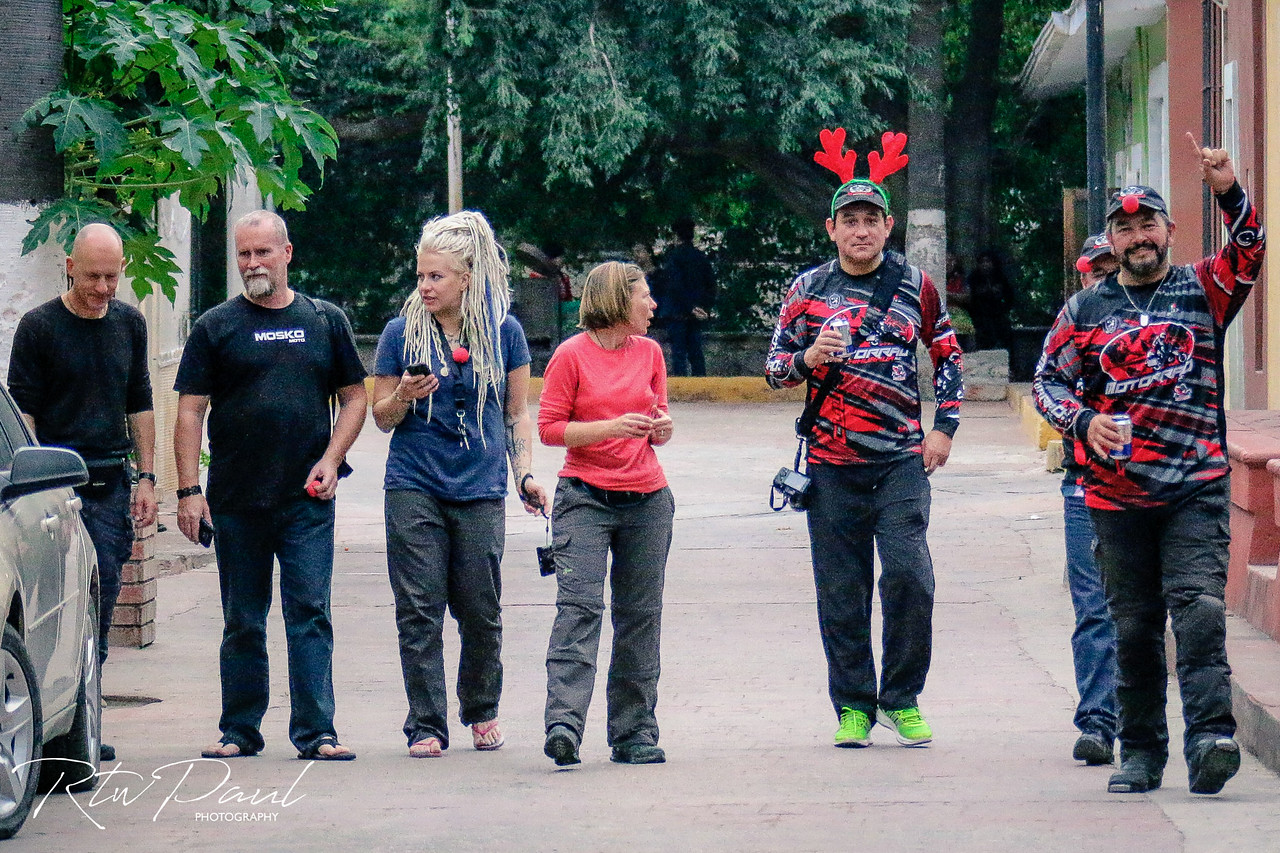 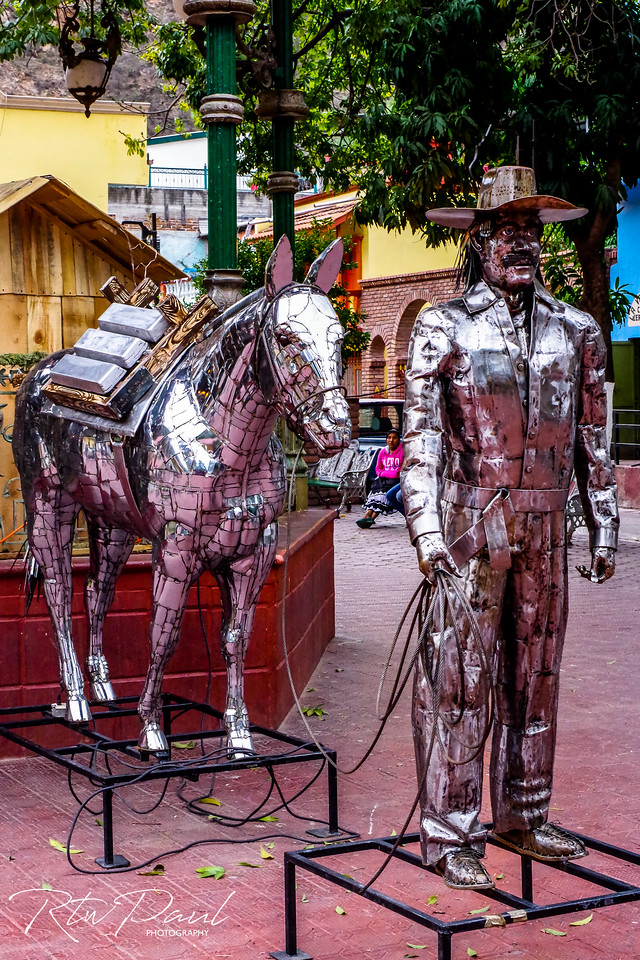 6 thoughts on “To the Copper Canyon we go!”