As we roll out of the back side of Real de Catorce, I lead the way out of the little town onto the steep badly cobbled road that leads to the valley below. 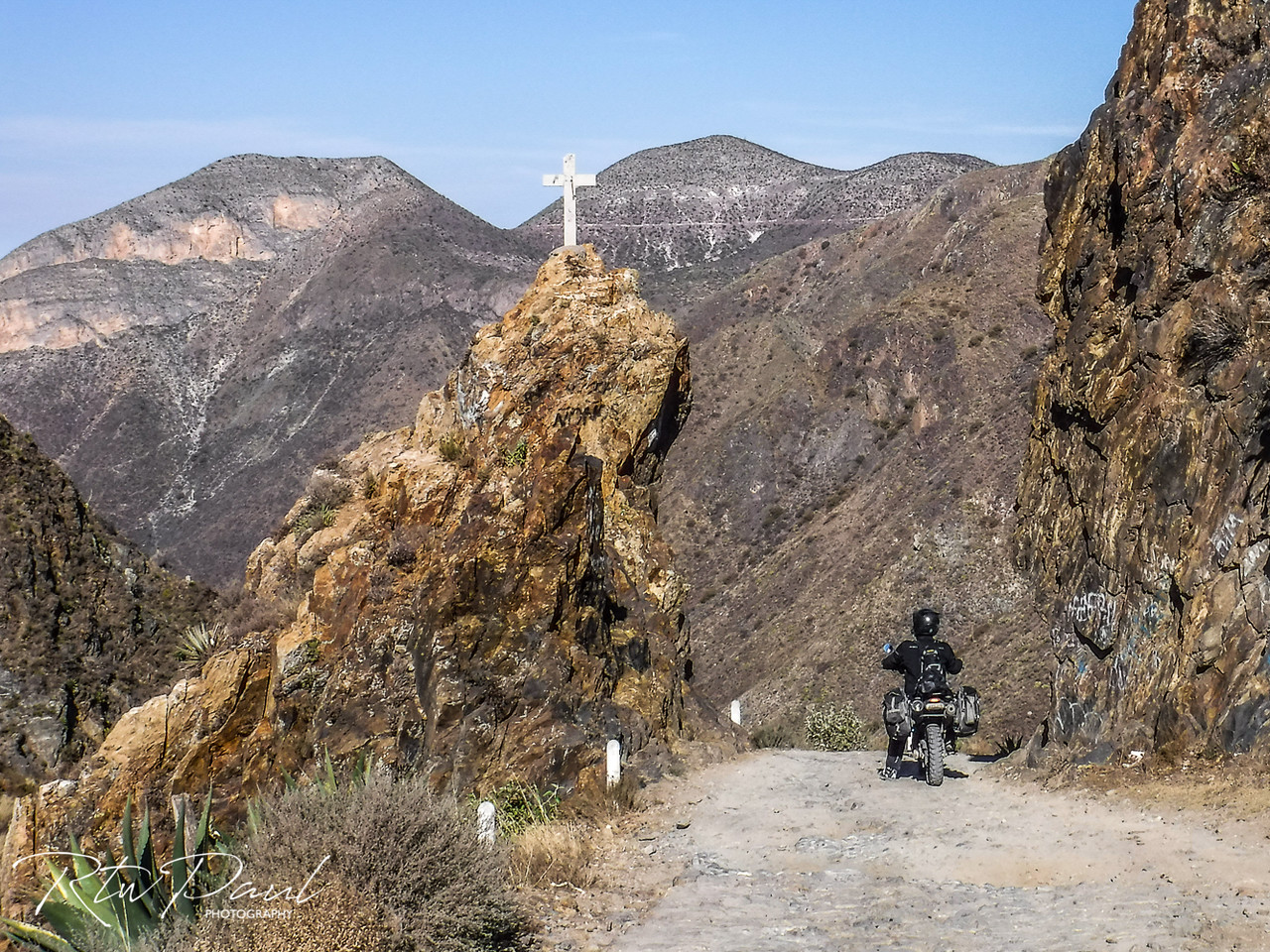 On the steepest part of around a 200-meter stretch, I hear an almighty crash behind me, I look in my mirror and Egle is down trapped under her bike. I stop immediately kill my bike, but the road is so steep even with the bike in gear it wants to roll forward, the compression isn’t enough to hold it. I spot a rock sticking up that I push my front wheel up against and get off the bike, it stays. I try to run up the hill but altitude, slippery cobblestones and the steepness of the slope slow me to a walk.

Egle is freeing her leg from under the bike, she looks up, “it was either go over the edge or dump the bike!” She stands up, “I love these Gaerne boots, the full weight of the bike landed on my ankle and I never felt a thing”.

it looks almost flat in this shot, believe me, IT IS NOT! 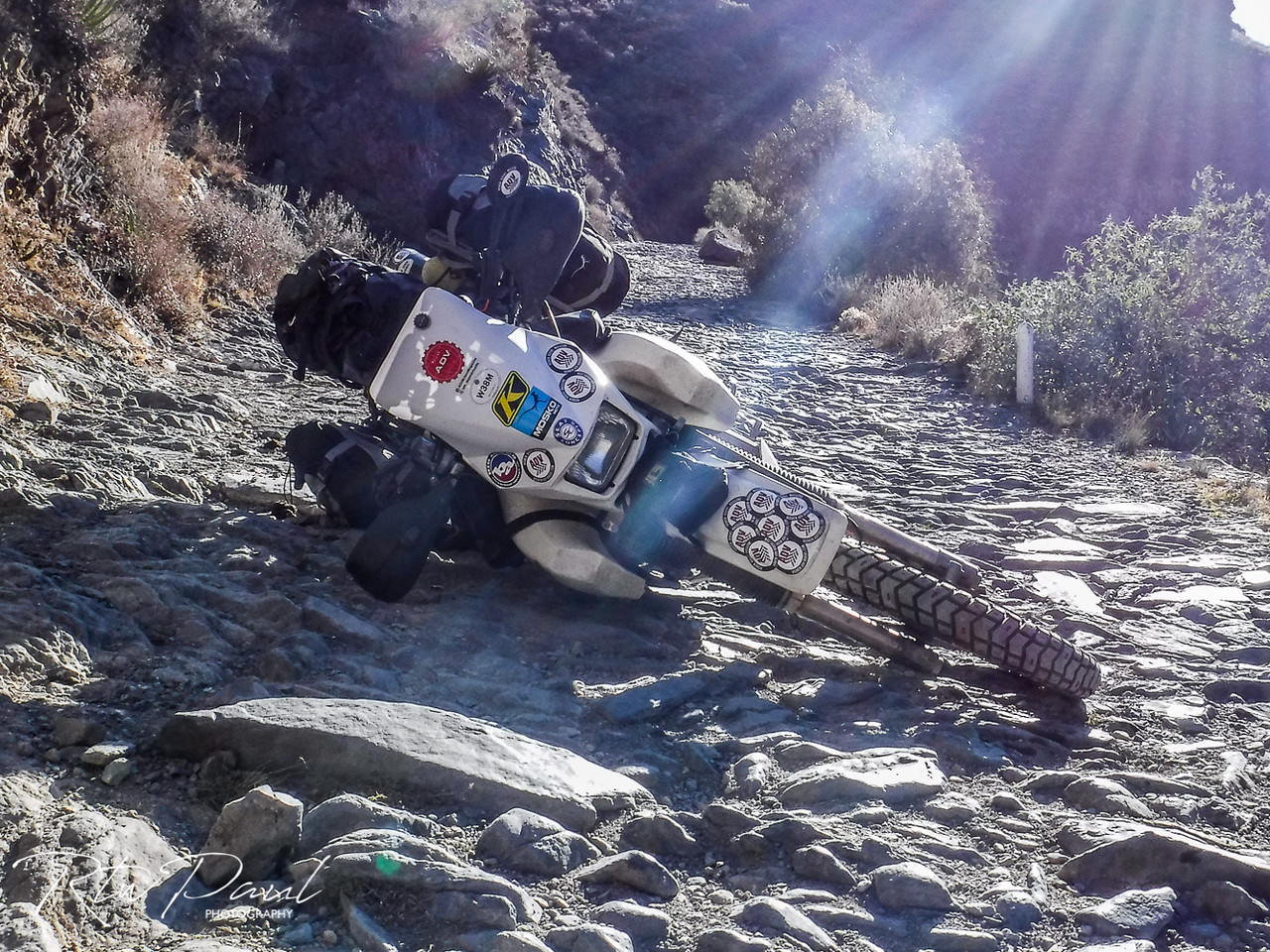 We get the bike back up and find out all of those questions were answered “yes” in a nanosecond by Egle!

The clutch cable had about 3 or 4 strands left, but it had allowed it to stretch enough that the clutch couldn’t stop the transmission being engaged. She was shaken so I rode the bike down to a relatively flat spot and made an adjustment on the cable to get us to the bottom of the hill. I give her options – ride the bike, hit the kill switch if the cable snaps so instantly doubling the stopping power…or would you like me to ride it down and you ride my bike? what do you want to do?

Egle is a rider and will ride in any conditions thrown at here (read her ride report) before I can finish my sentence she is riding by me! I walk down to where my bike is and she tries to capture the steepness of the slope from where she stopped. Impossible to get that shot, the road feels like its a 45-degree angle in parts. 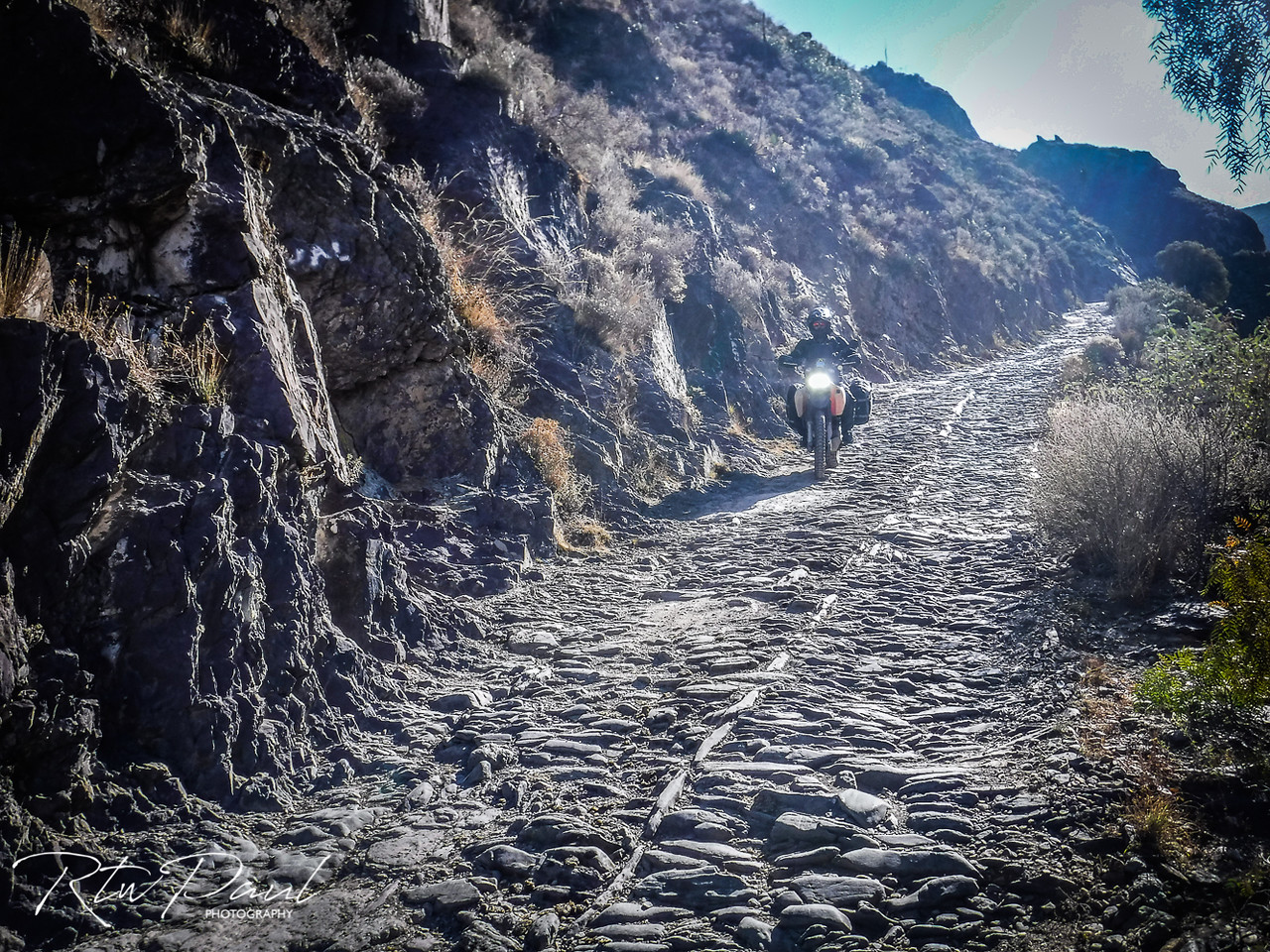 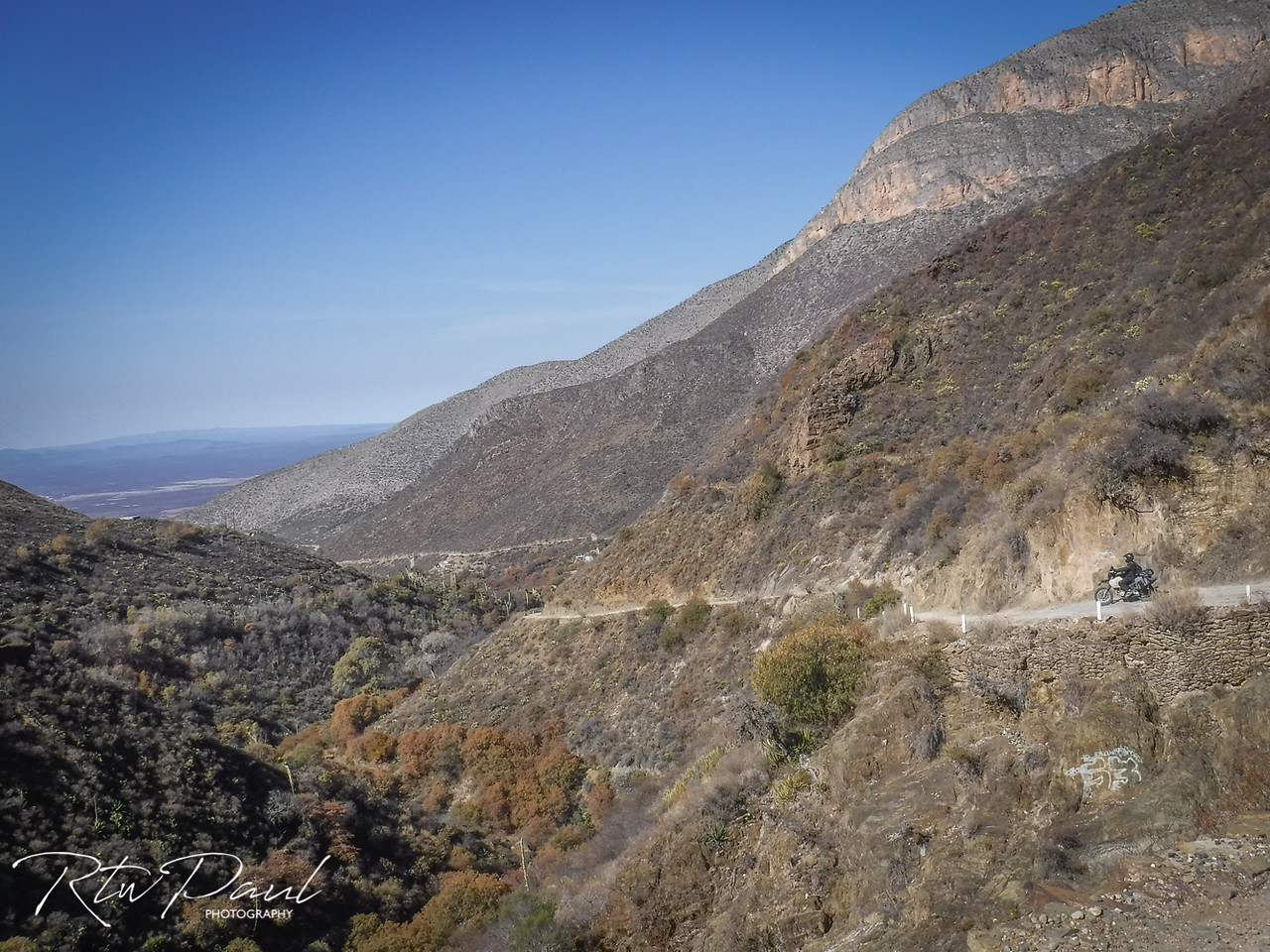 Its only about 20km down to the paved road, we were so happy there was no rain, as there would be no way of getting any traction on this section of cobbles.

On the flat section, we stop right after crossing the Tropic of Cancer sign and do roadside maintenance and switch out the clutch cable for the spare that I have in place next to the old one

At the next gas station, we pull in to fill up and talk boots and what would the situation have been in adventure boots, broken ankle, broken leg, bad location etc. etc. and then right there as a car pulls out of a parking spot, we find a way to lighten the mood and make some fun – some concrete cowboy boots and a photo op 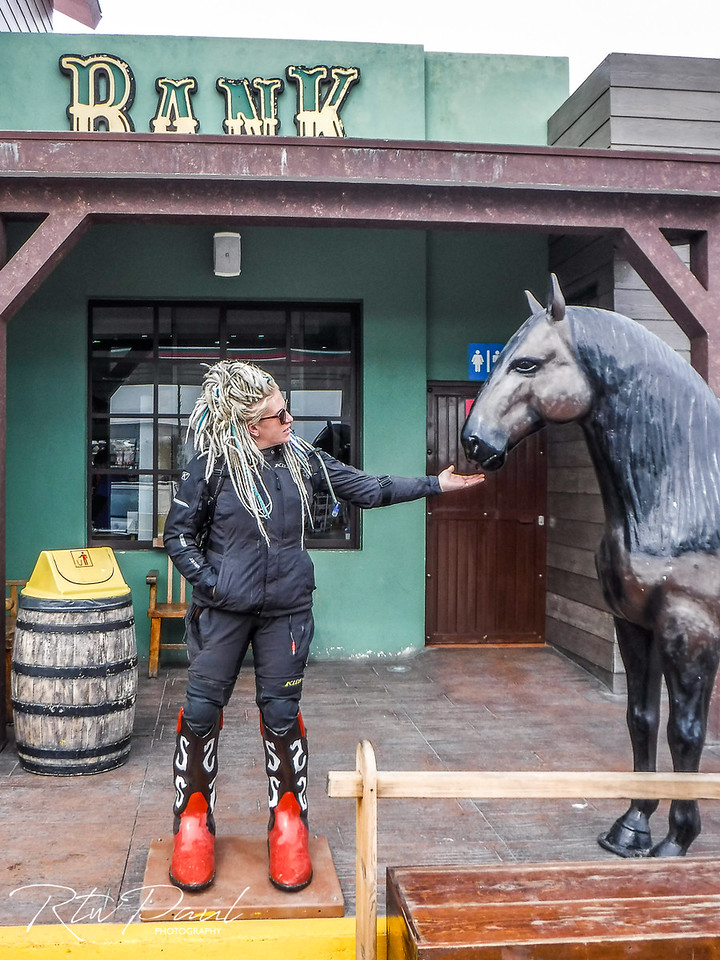 3 thoughts on “Gaerne saves the day!”