– below are my experiences.

The bikes I have ridden the various tires on are – These are an 80/20 tire at best, they feel good on pavement but off-road, they really felt like street only tires, there seemed minimal grip in any circumstances offroad, to the point of being scary. I rode these tires in Argentina (from Ushuaia), Chile, Bolivia, Peru, Ecuador, Colombia, and Mexico. For this particular ride, I was primarily on the pavement (90/10) so they were fine. I got around 8000 miles out of a set; when I changed them the front still had about 20% tread left.

Personal opinion – would not use again! 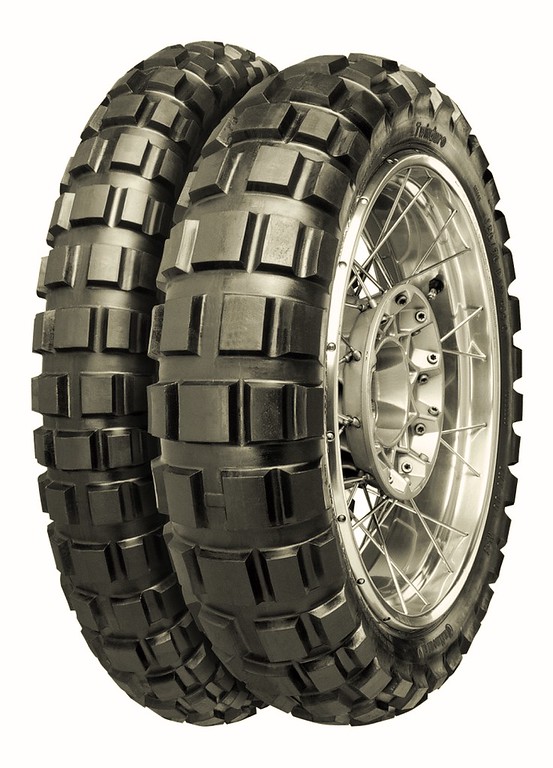 These tires I used to ride Mexico, US (to Prudhoe Bay) and Canada, I now did a little more offroad, around 70/30 and these are a 40/60 tire and handled everything I threw at them, gave excellent grip in almost most scenarios, barring slick mud, which most tires fail in.

They do have a major downside…wear…the first set I used were worn out in 2500 miles, the second set (I was partially sponsored for the 2nd) was done in 3000 miles.

Personal Opinion – would not be my first choice, due to bad mileage, would not use for international riding!

I have used these tires on the xt660z, wr250r, and dr650. First, off they are 50/50 tires and cheap in comparison to all others dual sports tires. They have a noticeable flex in the tread when you are in a bend on dry pavement. On dry graded roads, they are good and offer good grip, once it gets the slightest muddy they struggle to clear themselves and hold mud too much to be a help.

On the DR650 again around 6000 miles riding around 30% offroad shown below on the right.

Personal Opinion – would buy again because of the low price, only if I knew I was riding 50/50 maximum on good dry trails, not for hardcore offroad

I was heading to Russia from Vegas so I knew I’d change tires before I left the US or Canada so I tried a combination that I’d heard good things about from a lot of riders. Pirelli MT21 10/90 front and MT43 rear This combination just plain and simple works on lighter bikes, I rode with it in mud, sand, gravel, rocks, snow, and pavement. The rear clears itself of mud amazingly well and grips with everything, the front is very sure-footed. Only downfall the wear on the rear was quick, 2500 miles and it was done. Most riders I speak with don’t even get close to that number because its a trails tire. This would be a perfect combination for the TAT or any BDR’s 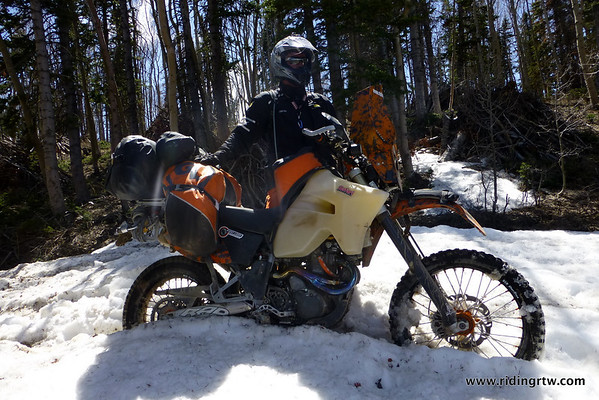 My next tire choice for the KTM was Heidenau K60 Scout

The reason I picked this 50/50 tire was that I was headed to Canada, South Korea and then Russia where I knew initially had a lot of pavement to cover before I hit the dirt. The Scout is a good tire on dry pavement and on well-graded roads, when new the rear hooks up well but once it wears about 30% then the grip reduces dramatically. The front is terrible off road giving minimal grip at best. In the rain on the pavement on a cold day, it can be treacherous due to the extremely hard compound its made from for longevity. 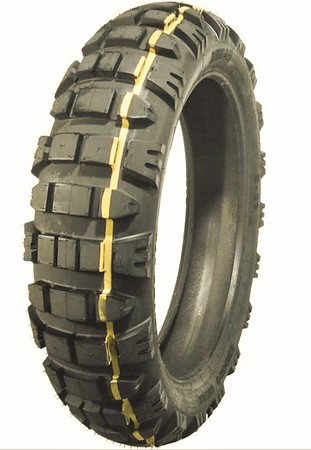 This is an expensive tire in the US but in Europe, it is a bargain and wears like steel, I rode this tire across Russia, Mongolia, Kazakstan, and Kyrgyzstan in some terrible conditions and it never failed me in any terrain I tried it on.

The photo below on a Kyrgyzstan mountain pass, the tire has around 5000 miles from 80% offroad and still around 40% tread left

I have also tried the Mitas C17 front but didn’t find the grip any better but the wear was quicker. 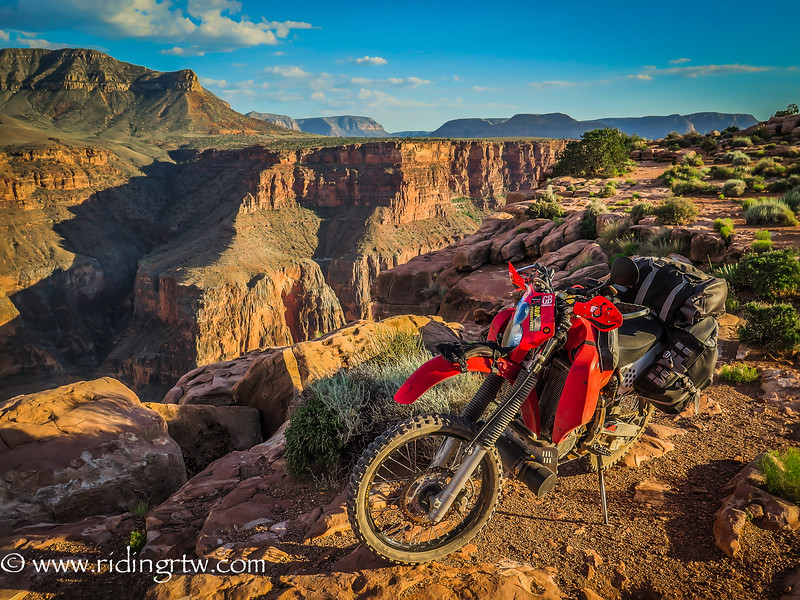 I used this tire about 95% offroad, it handled perfectly in every terrain

Once again the Dunlop 606 10/90, I rode the TAT and it was the perfect tire for any terrain, wear was decent, the tire is affordable so that makes it a good choice, also would be great for BDR’s

This bike has been ridden around 90/10, the main tire I have used has been the Heideau K60 Scout. The only downfall to this tire as mentioned earlier is if its cold and wet, it has a certain pucker factor, besides that its a great tire, long lasting for primarily road use. Personal Opinion – I would 100% buy the Heidenau K60 Scout again. 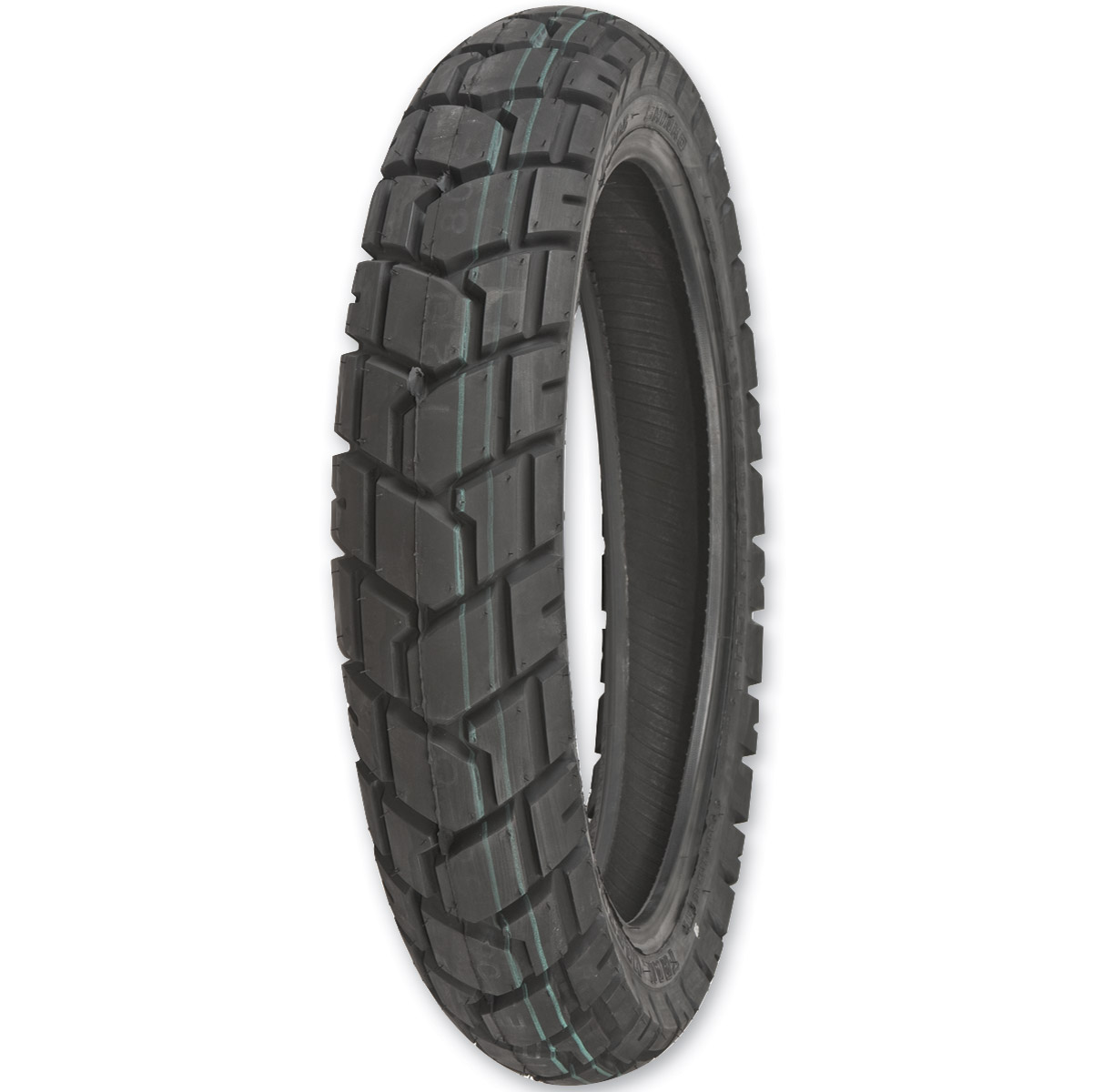 Personal Opinion – I would buy the Shinko 705 front again only as an alternative if, the Scout it wasn’t available.

We have tried a few different option on our DR’s. First, we tried the Kenda K760 Trackmaster

This tire is amazing that it’s street legal, when you see how big the knobs are in the flesh you’ll understand.

It gives exceptional grip, we rode with these around 90% offroad, the tire is confidence inspiring in all conditions, a low price point but reasonably quick wear characteristics. Rear tires were completely worn at around 4000 miles, but good grip had ceased at around 3500 miles.

Personal Opinion – I would buy 100% the Kenda 760 Trackmaster tires, the price is right, but only for domestic riding because wear is too quick. 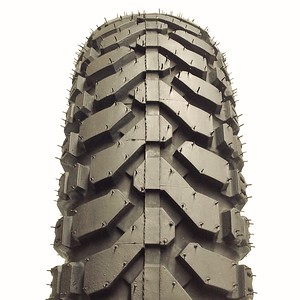 The E07 is expensive in the US and cheap in Europe, at 6000 miles it still has a lot of tread left but not much grip due to the center stripe. If you ride the majority of the time on pavement then this is a good alternative to the Heidenau and a similar price point.

If you mostly ride offroad then at mid wear you will be very disappointed. In the US you can buy two Trackmasters for the same price as one E07 to do the same distance, the two Kendas will give you more grip for longer. We only used the front because they don’t make a 17″ rear. The 21″ front is nothing short of amazing. Great grip and extremely long life for a knobby tire 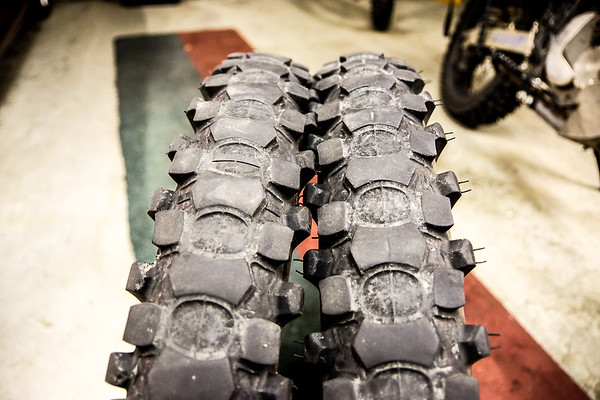 We matched the MC360 up with the Metzeler Karoo 3 on the rear. Metzeler describes it as a 70/30 and it feels great on pavement, but offroad it feels a lot more than a 30% tire. From the first day to the last this tire digs a trench and is great on hard pack and light sand.

At 8700 miles, from riding on pavement, dirt, gravel, sand and in the Rockies, the Karoo3 still has around 15% life left 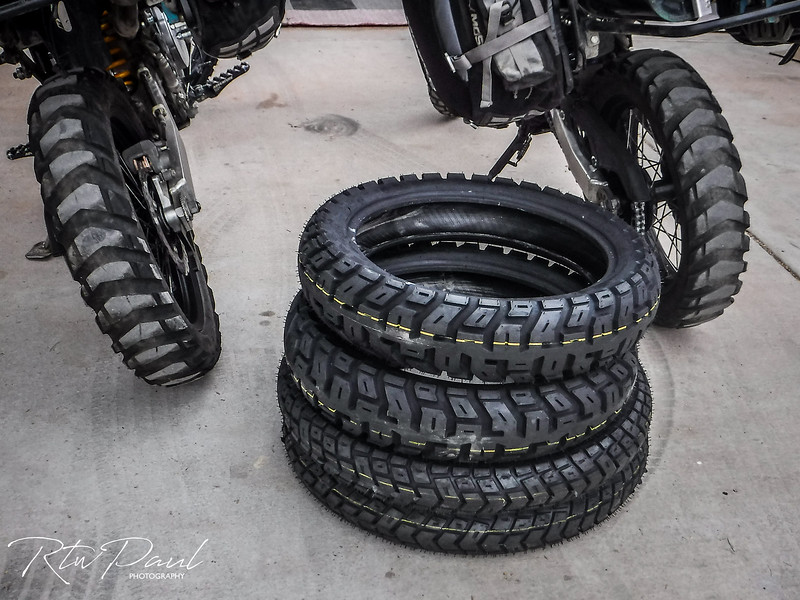 This might be a company and a tire you haven’t heard of, but you will. They are from Australia and are giving Heidenau and Mitas a run for their money.

On and off the road they just feel better than the other two…especially on the road it feels like a 100% street tire. In light dirt and graded stuff, they hook up. The biggest difference is in the wet, the Heidenau and Mitas let you know that they aren’t there for you 100%, but the MotoZ does.

These are the tires we are running right now on our two DR650’s and we have ridden on pavement, graded dirt, dirt, rocks, sand, bulldust, light snow/ ice and torrential rain and not once have I had to think about the tires…they just do what you want them to do.

To date we have 4000 miles on the set, the rear still has more tread left than a Heidenau or Mitas comes with, and the front shows virtually zero wear! 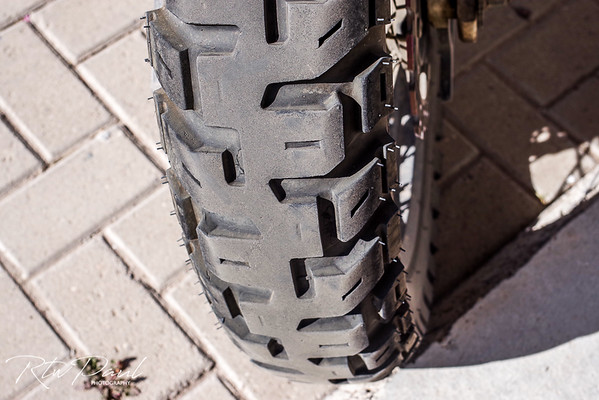 Personal Opinion – I would buy 100% the MotoZ Tractionator GPS, for long distance national or international travel where I was going to ride 50/50 or less