…and back to the heart of Mexico, we’ve ridden a loop from San Miguel de Allende to Guanajuato and back via a few other little towns in the area, the distances involved aren’t anything great so we looked for some single track and actually found some 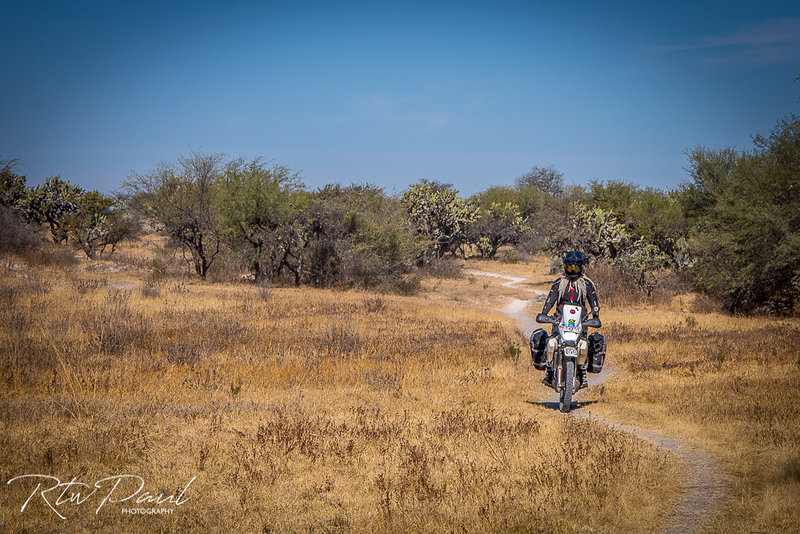 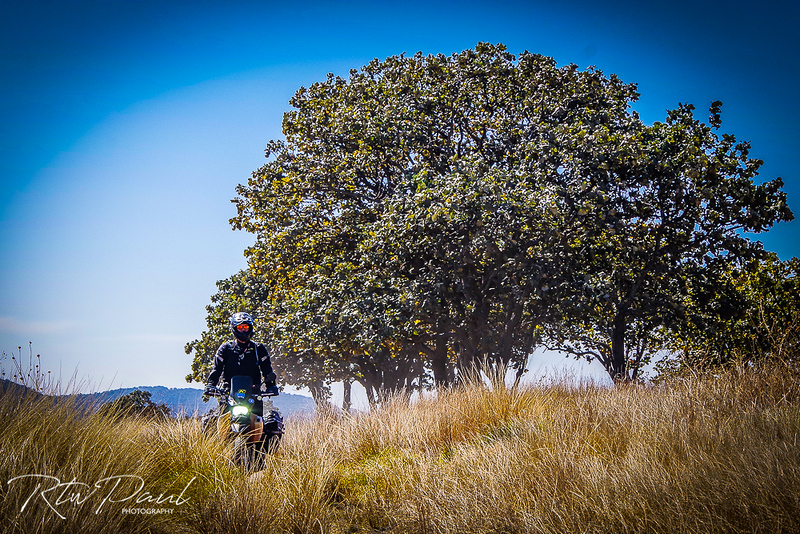 The problem with trying to ride on what appears to be a good little track usually ends up at someones front door, a barn or a dead end where there used to be something, as most of Mexico’s land is privately owned in one way or another doing more than a few miles can be a challenge, albeit a short one, especially in Central Mexico

We rolled into Guanajuato or as it used to be called “The Most Noble and Loyal City of Santa Fe de Minas de Guanajuato”, we found a hotel up on the hillside with a great view

A walk of about 1km took us to the Pipila and from there the view is a lot better, I’ve left this next shot in a bigger format so you can click it and expand it to see detail

From above it all looks very confusing and a jumbled mess, but once you get down there its very easy to find your way around, easier for me I’ve been here more than a few times. GTA in its heyday had a larger population than New York City or Boston, obviously, that was a long time ago! From the resources found in the ground, silver, and gold, the Spanish came and took a large amount to develop Spain but also invested a lot in GTA as well, so it has a Spanish feel in certain areas and other areas distinctly Mexican.

This could be the Spanish Steps leading to the Trevi Fountain but of course, they’re not these steps lead to the General auditorium of the University of Guanajuato

Again the feel of Granada or Barcelona on some streets

One place I had never been to is the Mummy Museum, of all the strange places I’d been over the years I would put Kutna Hora at the top of the list, but not anymore it now takes a distant second.

This was Kutna Hora, just outside Prague in the Czech Republic back in 2016, you’ll have to go back thru this RR and search if you want more photos…

Kutna Hora just seemed quirky, almost comical the way the bones had been laid out in some areas, don’t get me wrong it was very weird as well, but…

…the Guanajuato Mummy Museum is just creepy, they have around 50 mummies on display and it’s not like Egyptian Mummys who after death were wrapped, this apparently were occasionally buried alive people as you can see by the look of the mouths open screaming. They weren’t, for the most part, wrapped just buried in their normal clothes, but the minerals in the areas around GTA created the mummification process to happen.

The other thing that a lot of people would find strange is there are a lot of kids in the exhibit, but when you think that the Mexican culture has a lot of respect for their dead it kind of makes sense that it’s not a shocking place for kids to visit.

and this is what I meant about died screaming…

The walk to the Museum is uphill all the way and a little out of town, at night when you get back to the hotel you feel like you’ve done a few hours on a stair climber 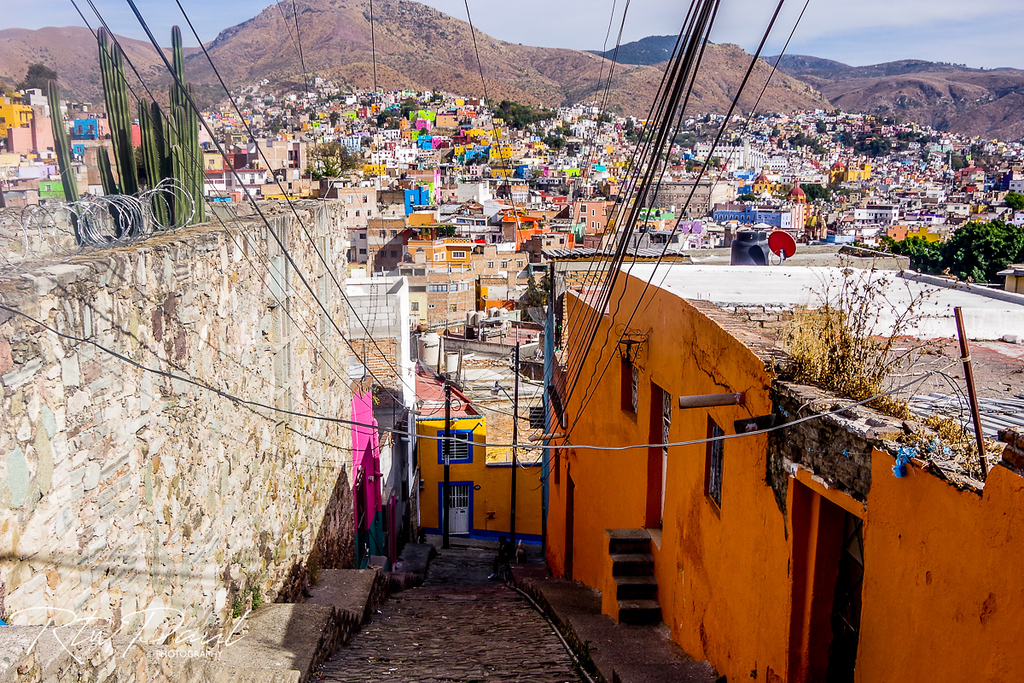 Not only is it the city of Mummies, Silver and Gold its also a city of love, there’s a kissing step that if you find it will keep you and your loved one together for another 7 years, so of course that is played on as well in various forms.

on the main street running thru town there is this church 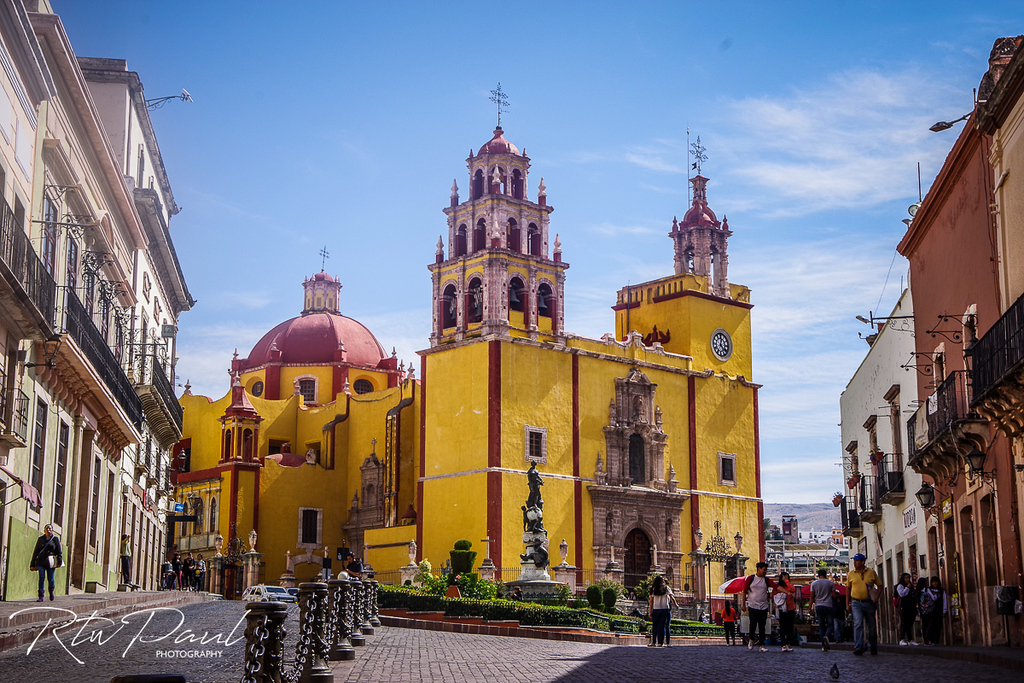 The Parroquia de Basílica Colegiata de Nuestra Señora de Guanajuato and it has something very unique inside but as the church was busy no chance of a photo, it gives you a reason to visit –

Our Lady of Guanajuato is the oldest sculpture of the Virgin coming to America, carved in Andalusia by an anonymous artist. Its history goes back to the conquest of Spain by the Arabs, to the year 714, when they took Granada and the Grenadian Catholics, fearful that the invaders did something to their Virgin, they hid it in a humid underground cave, where it remained hidden for eight centuries, even after the fall of Granada at the hands of the Catholic Monarchs .

It was rediscovered in the mid-sixteenth century and given to Emperor Charles I, but as he abdicated, it was his son Philip II who gave it away in 1557, as a sign of gratitude to the mining town, due to the riches it sent to Spain

Wrap your head around that, that sculpture was completed 1062 years before America got independence!

Walk to the right of the church and down that side street and you’ll find a little Museum, if you are a reader and Don Quixote by Miguel de Cervantes Saavedra, thats one of the most famous and widely read literary works, then you’d be in good company because there are more related artifacts in this Museum than anywhere else. Lots of amazing art from all over the world of how different artists interpreted the story and then portrayed it. 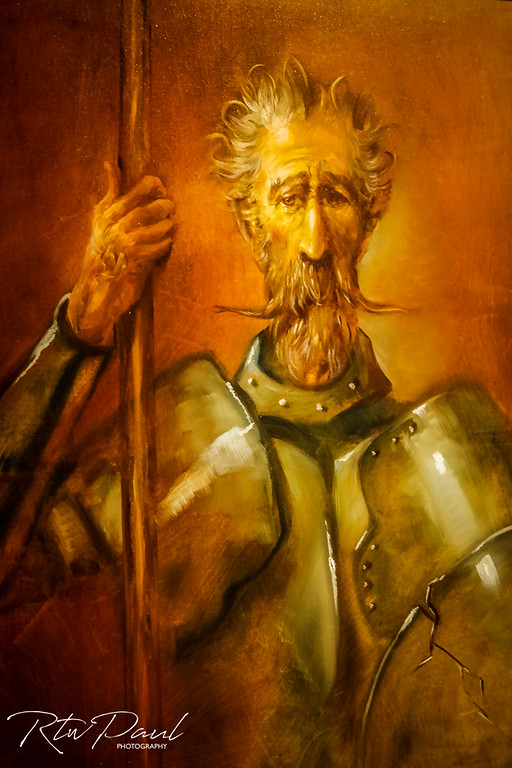 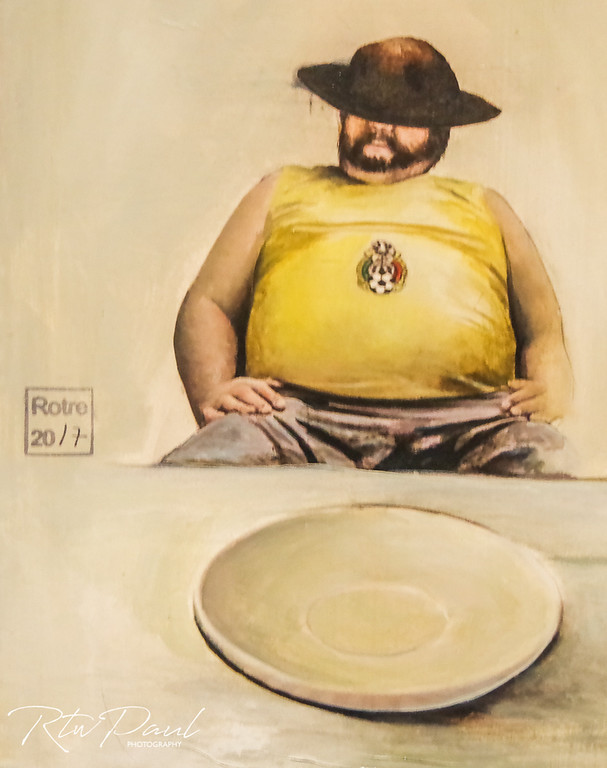 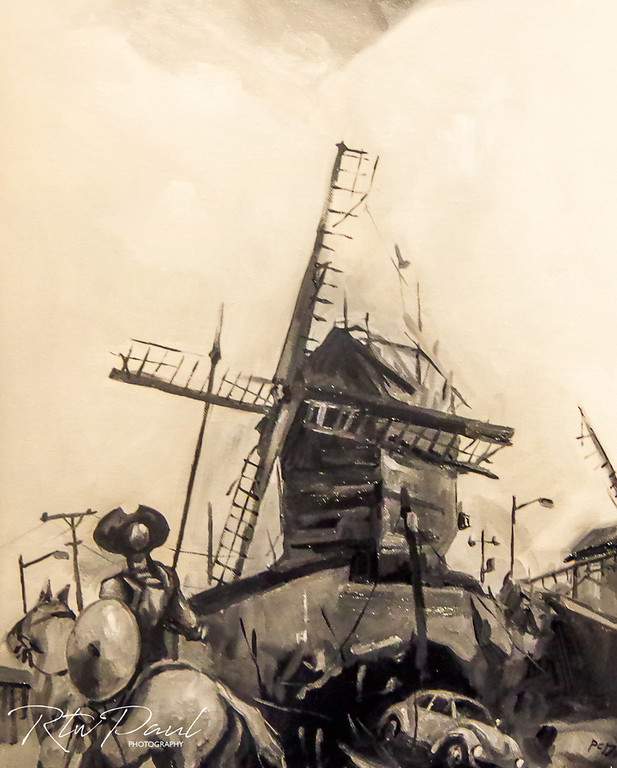 It was nice walking around, a few days after a holiday, really quiet, no tourists to be seen until we spotted one!

So as I said not much riding, actually just look 176km in the last 22 days, there is just too much to see in this area and no point rushing thru, we’ll get back to doing a few miles next week, hopefully.

2 thoughts on “Don Quixote, Mummies, a lot of hill climbing and some single track”