leaving Antigua and the amazing hospitality of Harvey and Diane @bmwarabia and the beautiful Casa Elena where he welcomes bikers for a 50% off deal, drop him a msg if you are headed that way.

A few days before, we opened our garage door to take the ride of a massive 430 meters to Harveys and directly across the street in a garage was 3 adv bikes and the guys from endofallroads.com three guys are riding RTW slowly, month riding and month work, they said they will start a ride report soon 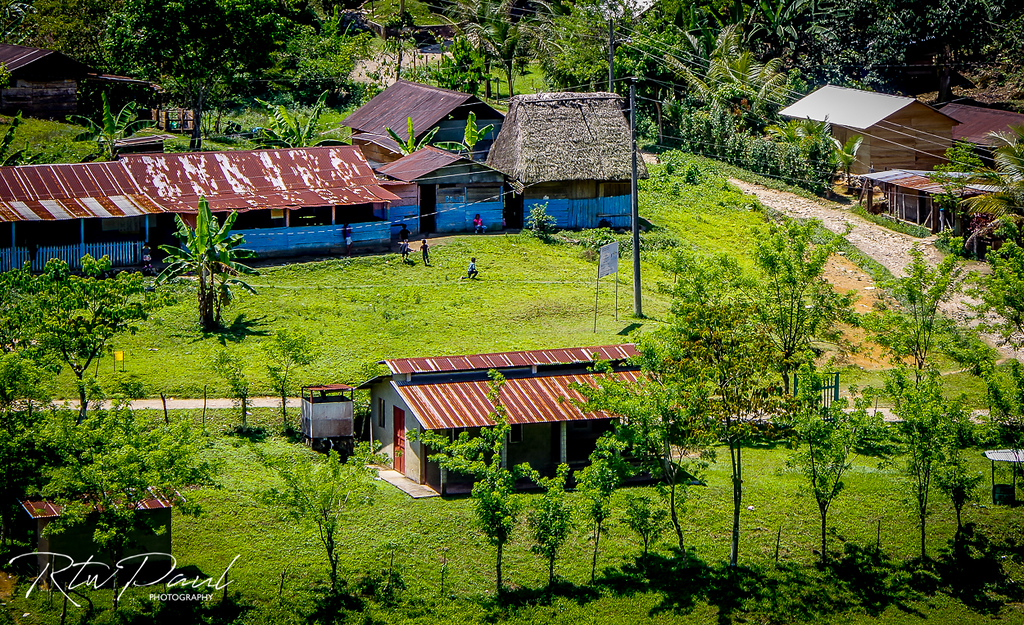 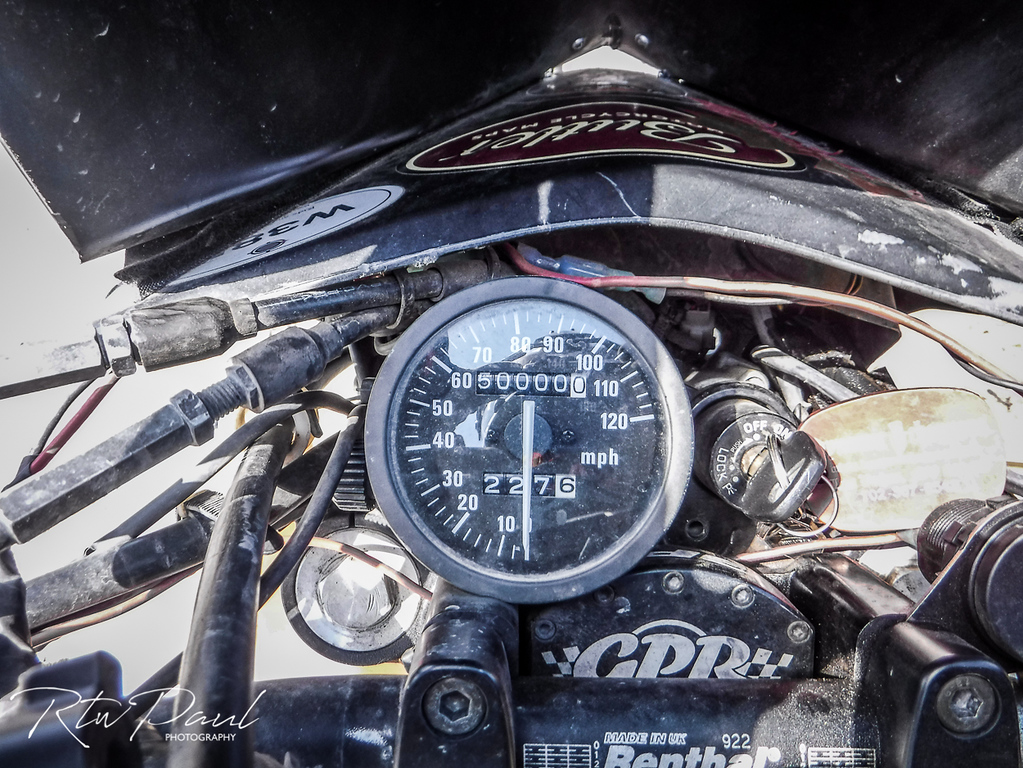 I posted later that night that photo on an FB DR650 saying all is good, the bike is running great, if anyone reading has higher mileage are there things I should be looking out for? I leave it at that and we head out for a walk around the small island of Flores

I must have tempted fate or was it karma kicking in, the bike wouldn’t start

the place where we’d stayed, Explore Lodge, besides being one of the most reasonable and better places we’d stay in GTA had a manager that couldn’t do enough to help. He tried to help in bump start, when that failed helped me push my bike in the lobby where he said I could try and fix it, out of the hot sun and humidity. He then went and got me a cold drink and a fan!!!

I tore into the bike, now here’s something that always surprises me when couples or friends ride RTW, is when they use different bikes. The key to having the same bike is being able to swap and change parts to test anything and everything and resolve problems quickly and easier

As I did my thing and went thru the logical order of testing all possible related components and process of elimination, Egle received a message, Klim, that they wanted to talk to her. While I was getting greasy she spoke with them and they offered to clothe Robin and his son Angel as much as they could due to sizes available. So was this the fate/ karma kicking in, if we’re riding we’d never get that message because we’d be out of service range and does it happen later we’ll never know! 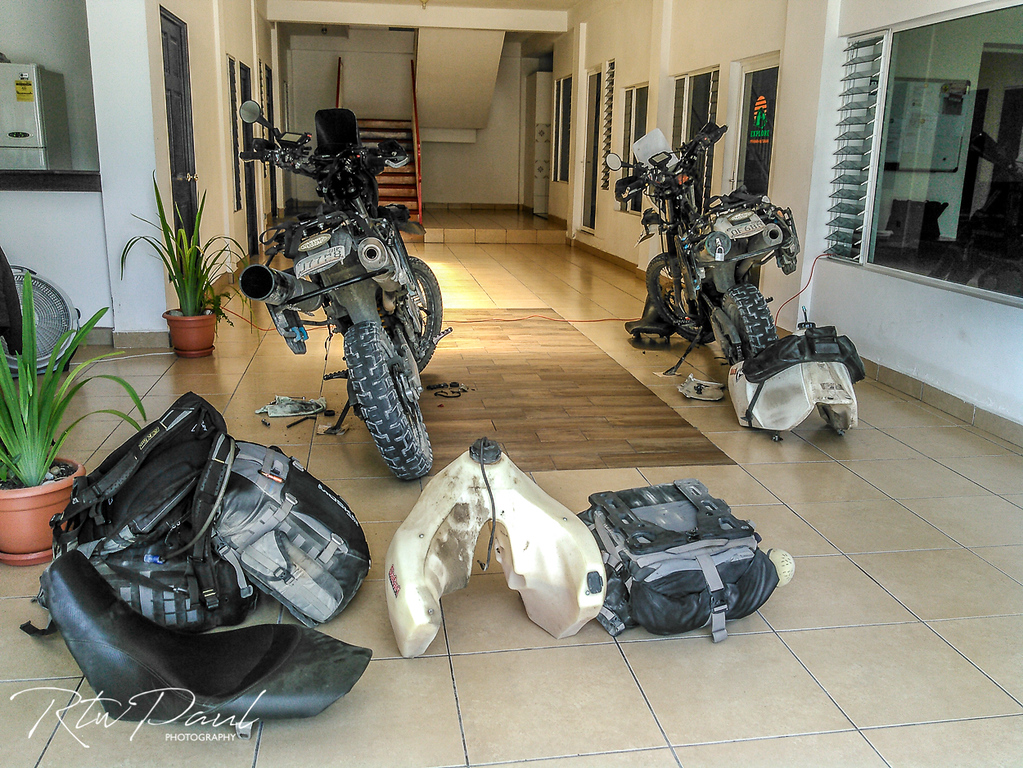 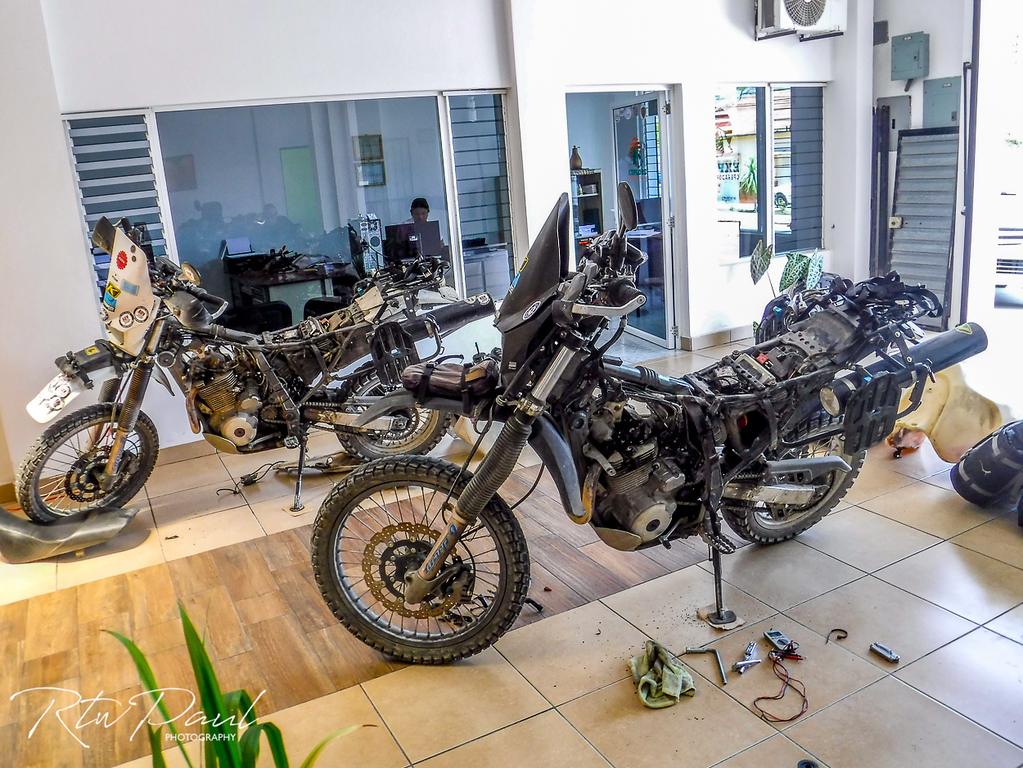 The problem turned out to be a bad pulser coil that was actually showing it was good, I had read somewhere before we left this is a problem that is very rare, but seems to happen to a lot of people…haha. The advice was to carry a spare, it’s a tiny part so I had one, around $40 in the US. Once I knew it took 15 minutes to fit and get the bike back in one piece, it fired instantly, so all good there. A local motorcycle shop owner recognized the part but didn’t have one in stock, he took off on his bike and returned ten minutes later with a new one for $3

The following day just before the border we stopped to spend our remaining Quetzals at a small store and as a normal routine, we are approached by a dog, a very hungry dog. We had only bought a snack and it was already gone Egle grabbed something from her pannier, some tuna…not a dogs favorite be he loved it and instantly became a friend. We know that the dog can’t come along but like all street dogs he was a little goofy looking, Egle though a good name was ‘hiccup’ I thought ‘sprocket’…this is him

From there it was off to the border into Mexico