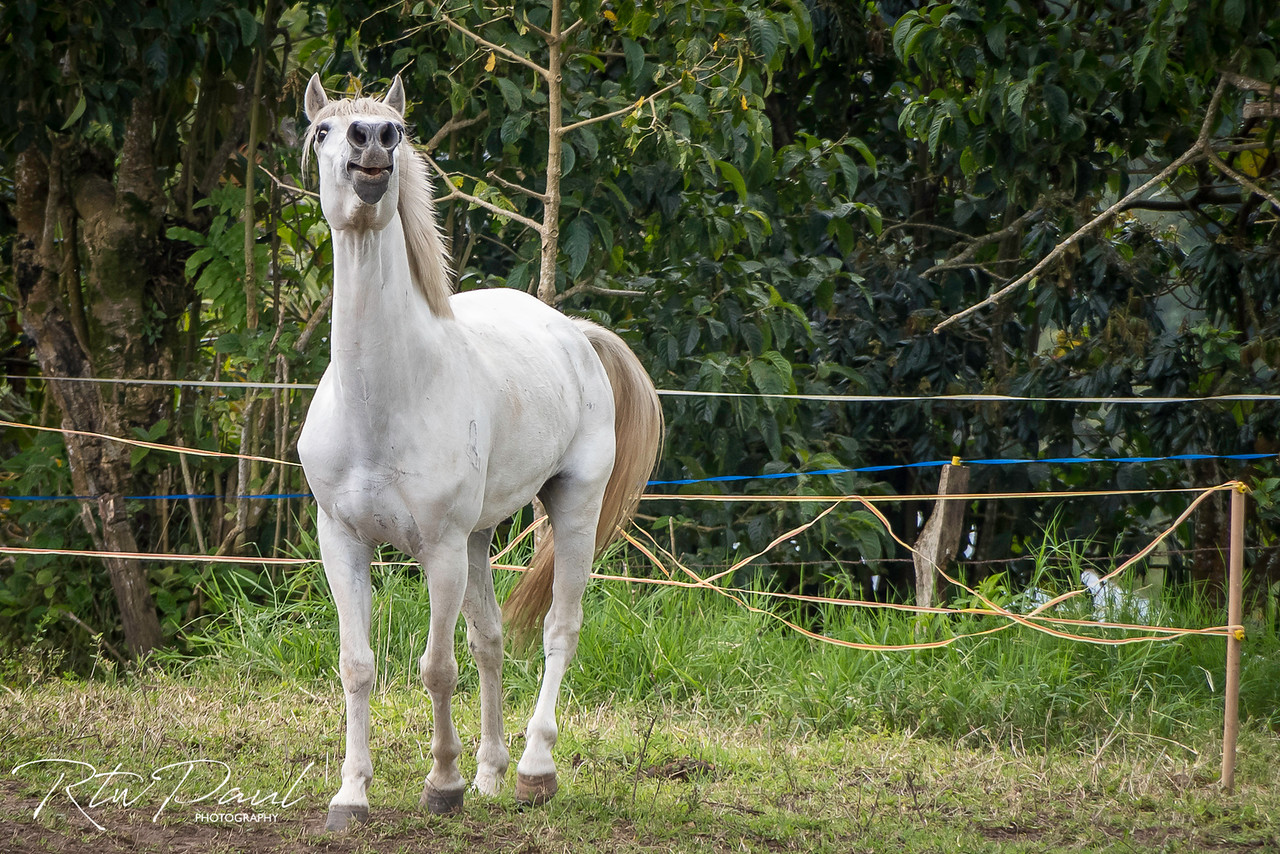 We stopped by a m/c shop/ vulcanizer who was putting a ‘good’ patch on a heavy duty tube for me and in his shop, he had color-coded butterflies!!!

The valley is known for is amazingly tall palm trees, we’d ridden this dirt track before but in the opposite direction and in the dark, most people who come up here are tourists from Salento and they come as far as they need to see the palms then head back, or take the other road on the opposite side of the valley where its paved. We took our token shots then continued rolling 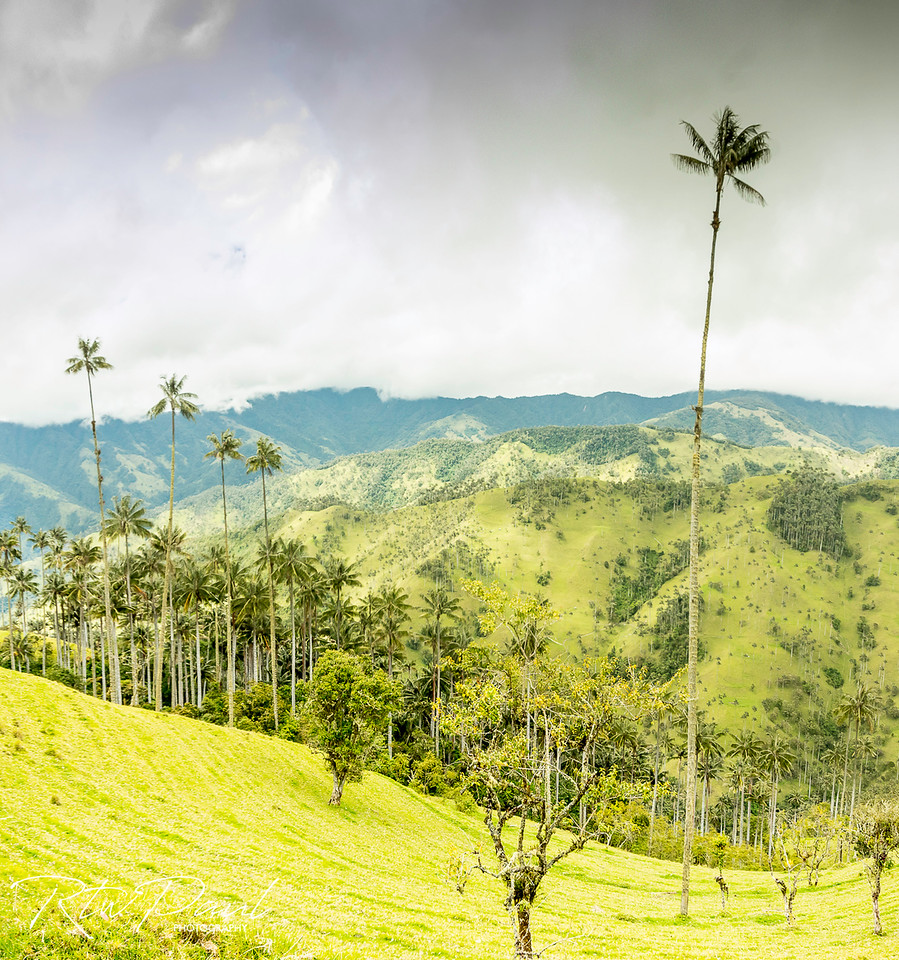 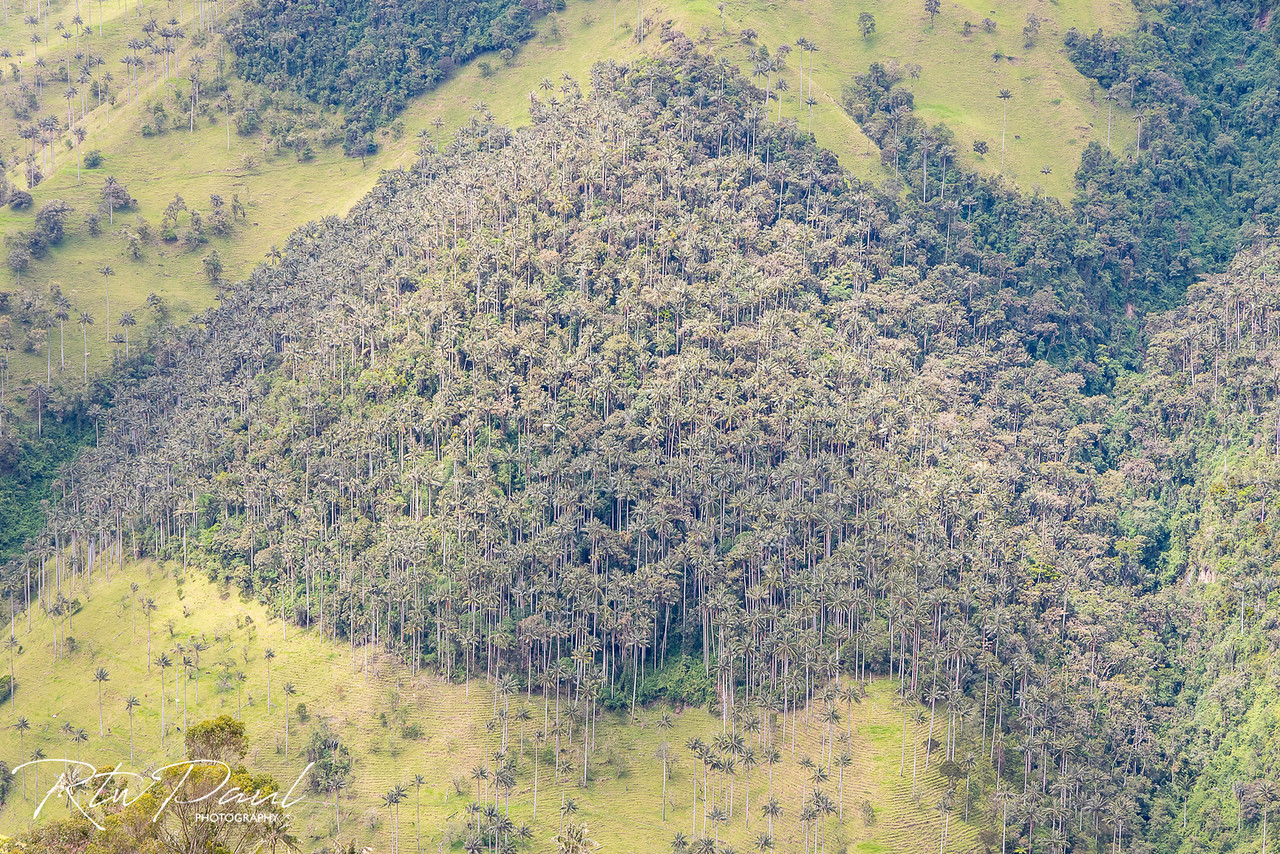 last time riding this it was dark and raining, today blue skies and a dry track made for fast riding 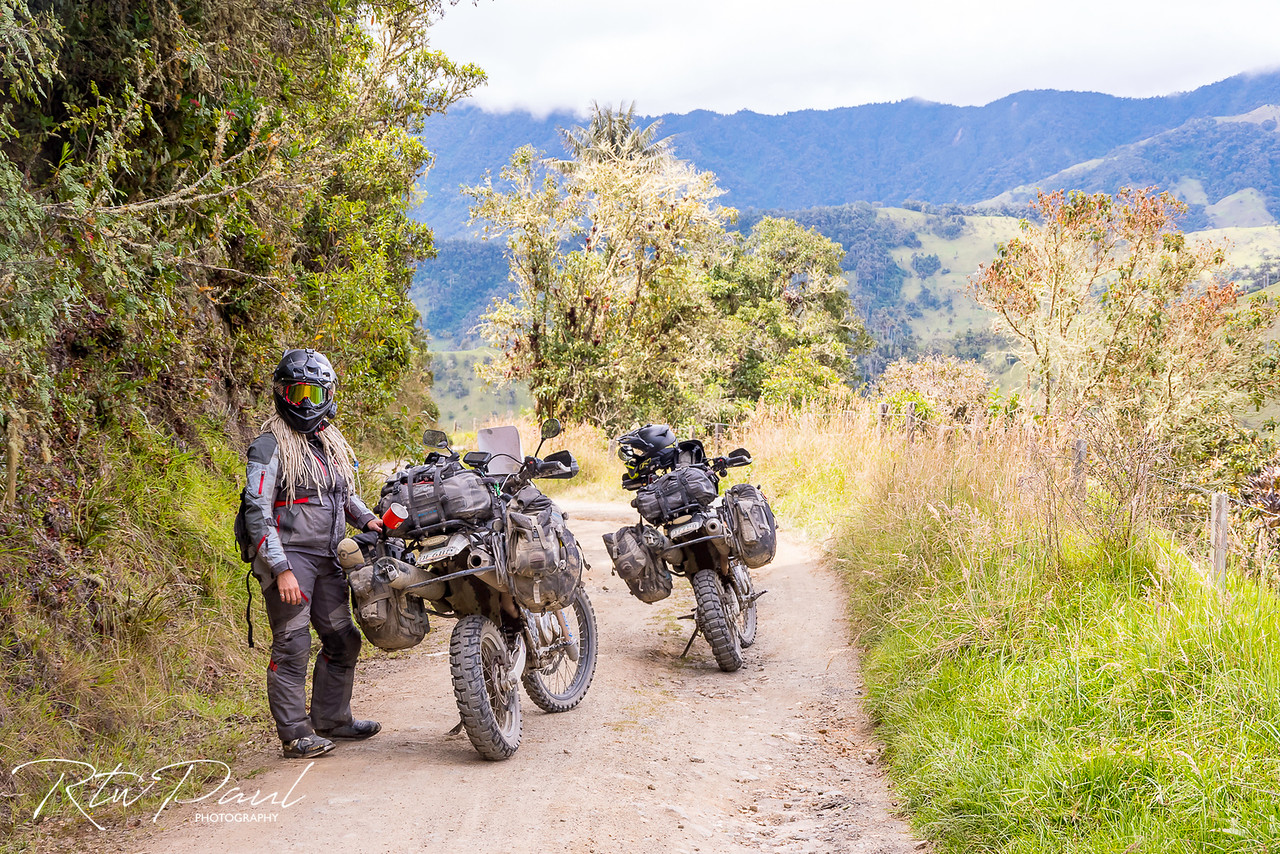 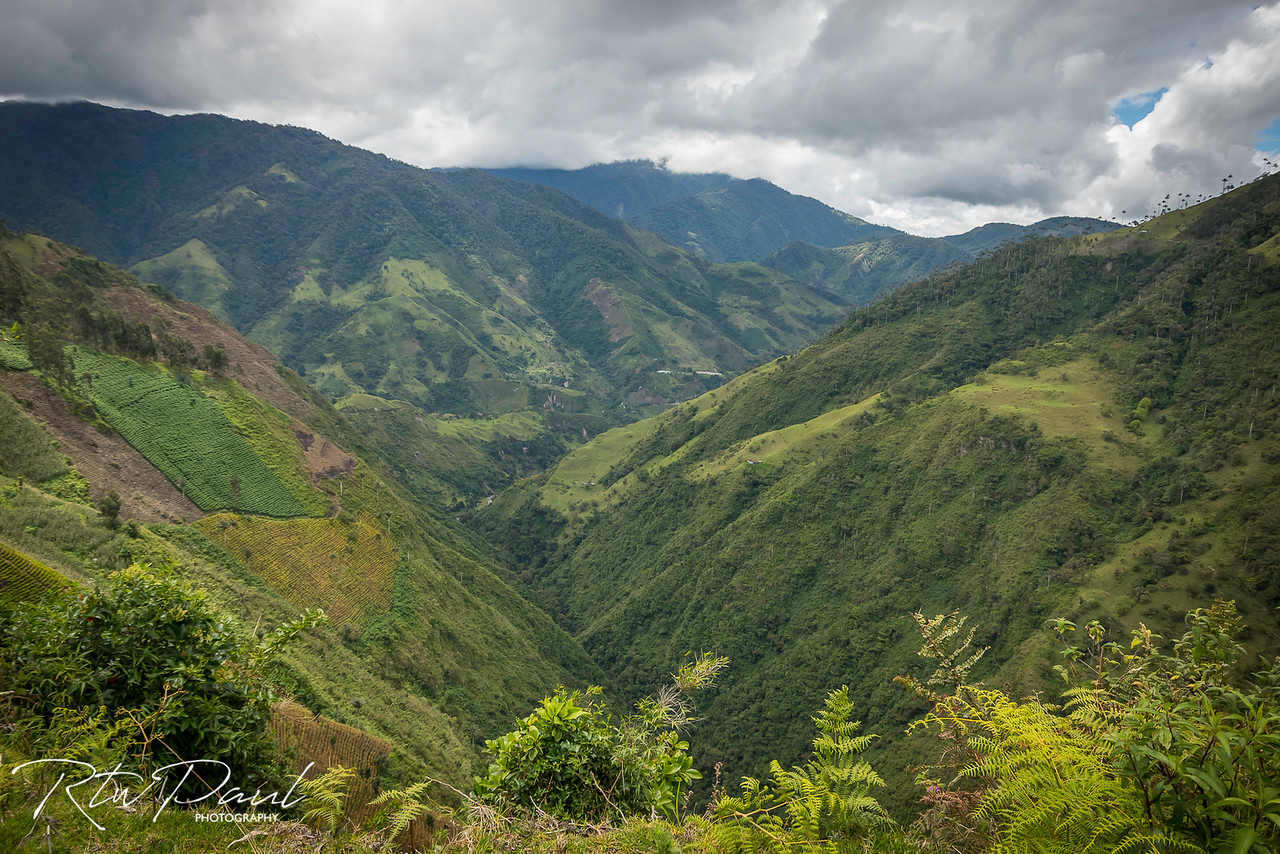 We finished the 100km in good time, grabbed food and carried on. i spoke with a local rider who showed me a track not on many maps because it was a FARC road but now had been sold to a logging company so he said “it ‘should be ok, less that 2-3 years ago you would never consider riding it, we as Colombians are getting to see more of our own country than before and I’m happy to share this track with you.” 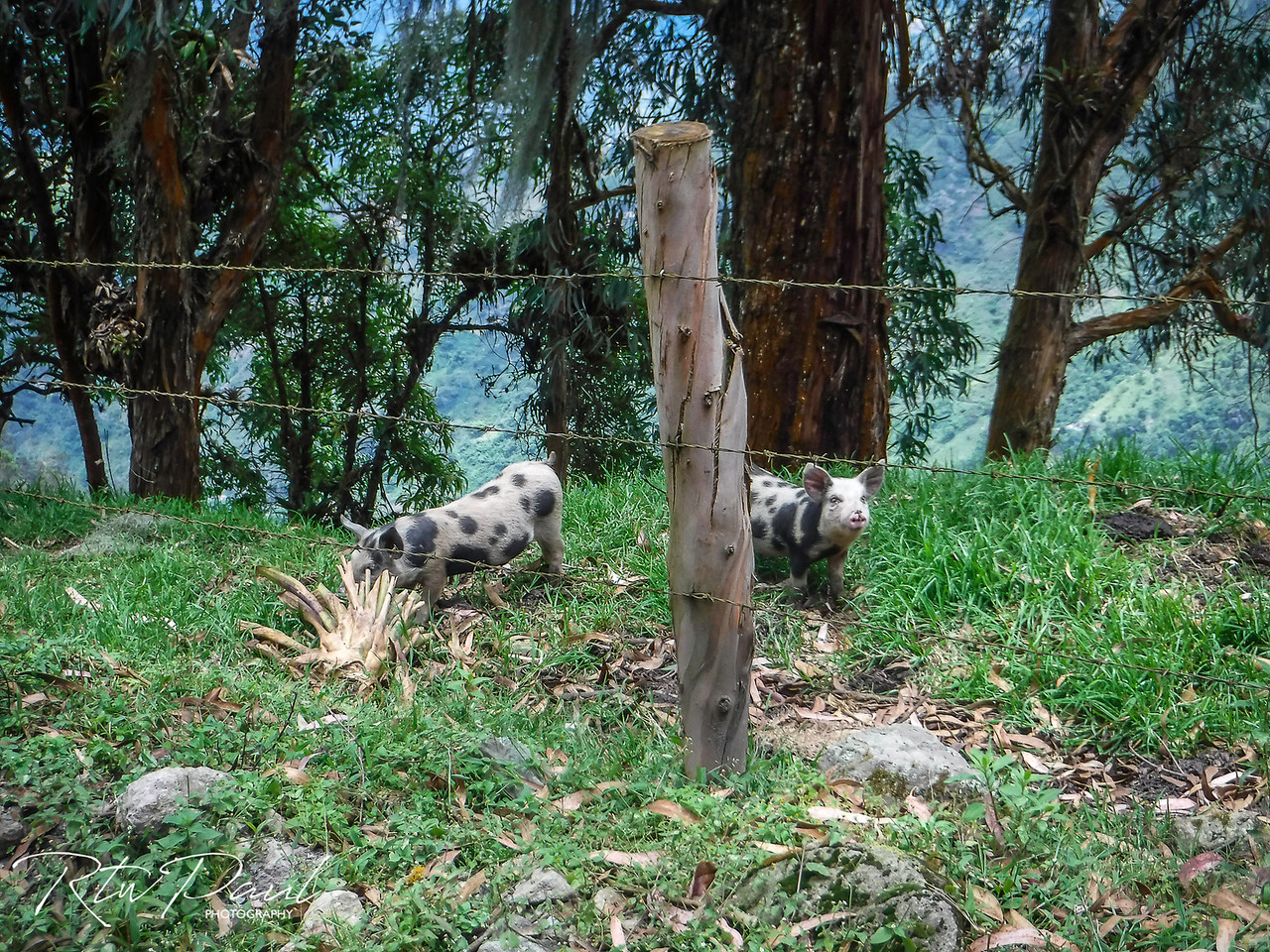 The track was in decent shape, I’m guessing the logging company did some work on it for their heavy trucks 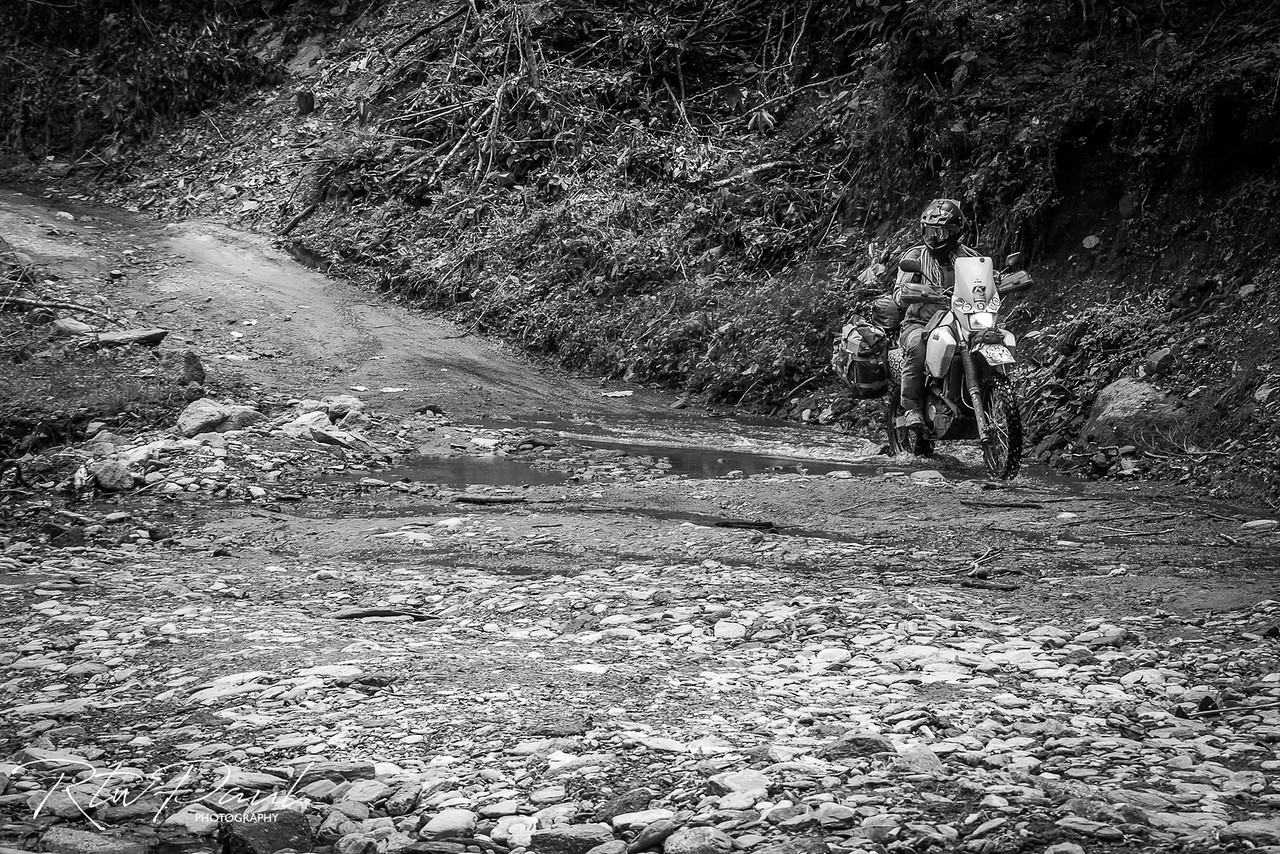 A man was taking a break, it appeared, then he shouted something and thats when we noticed the horses walking up the hill towards us 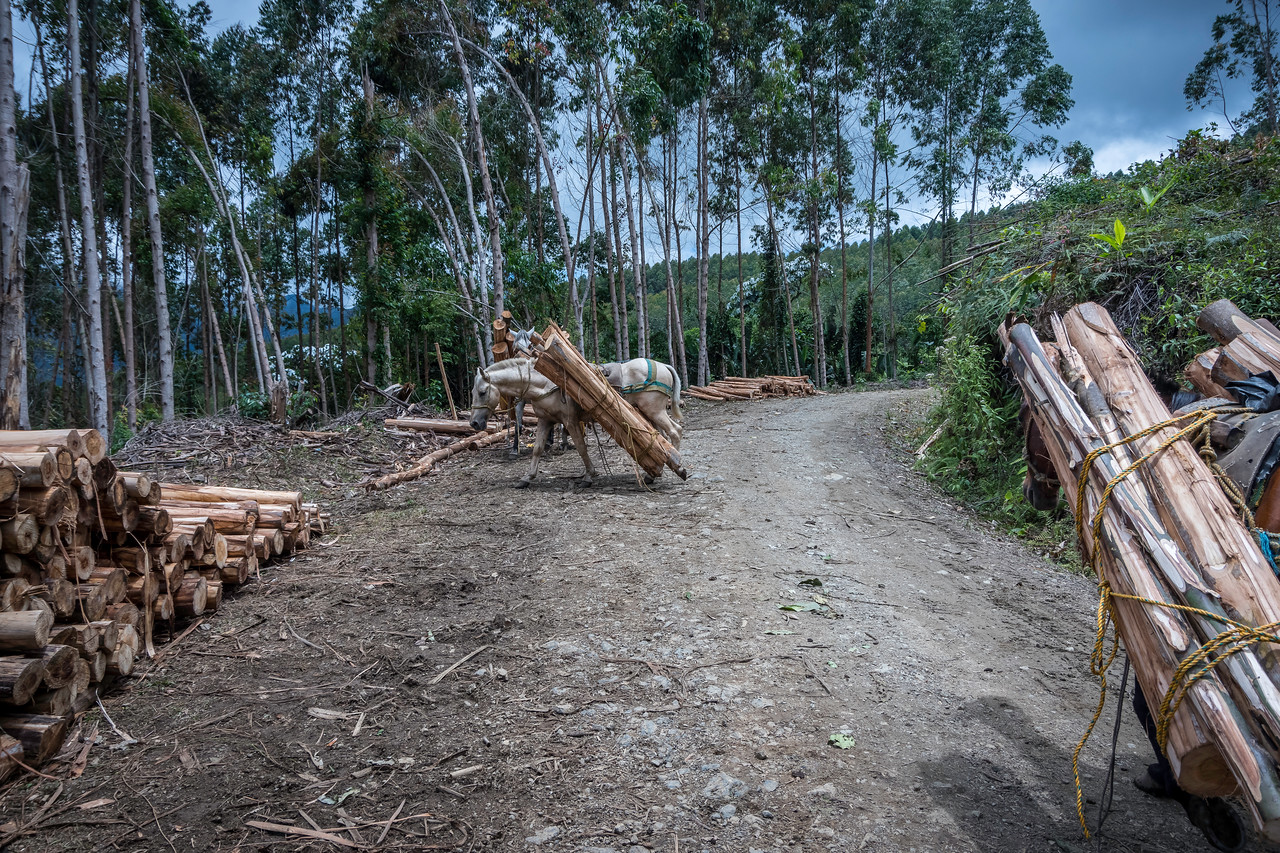 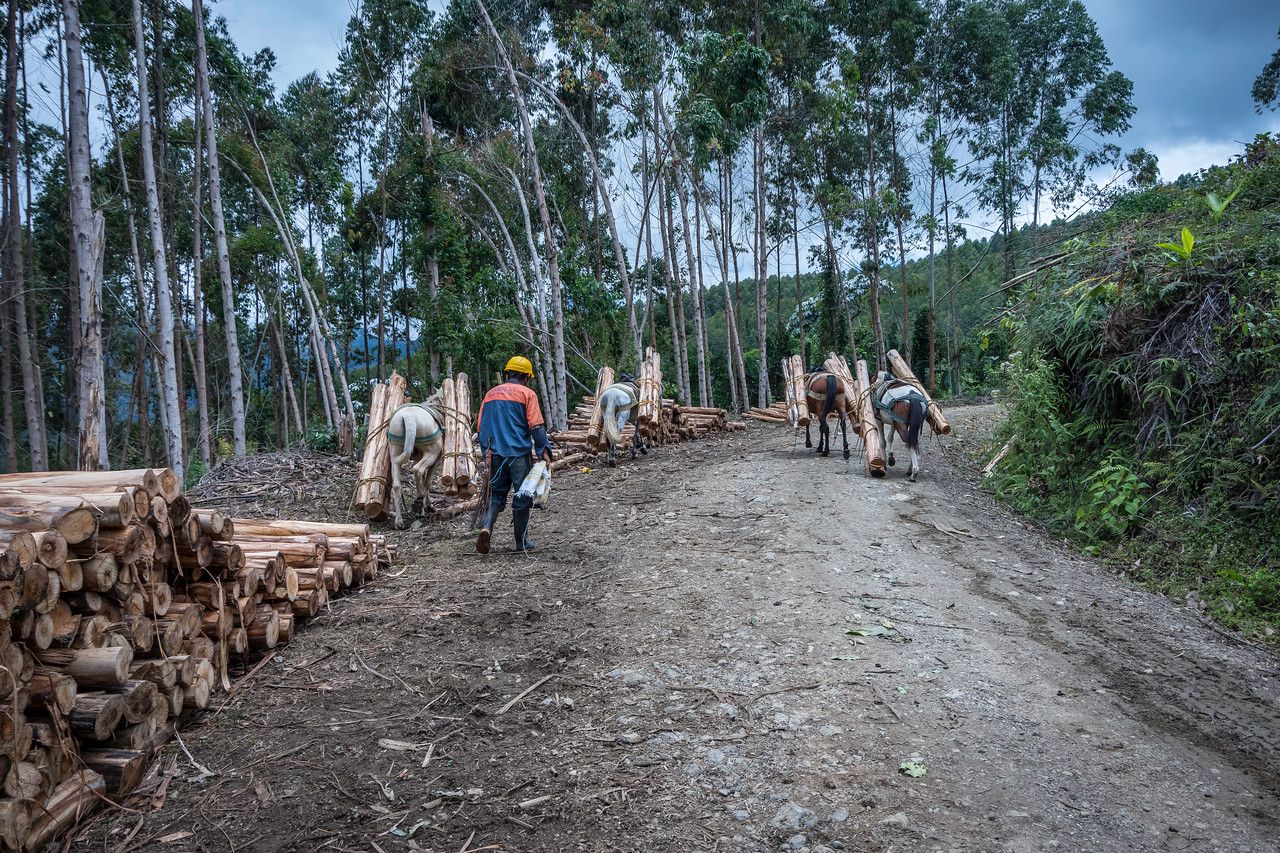 A few more noises from him and the horses arranged themselves in a line and stood at particular coresponding piles of wood and where they needed to be unloaded…it was amazing to watch, we stayed back to let him get on with his work 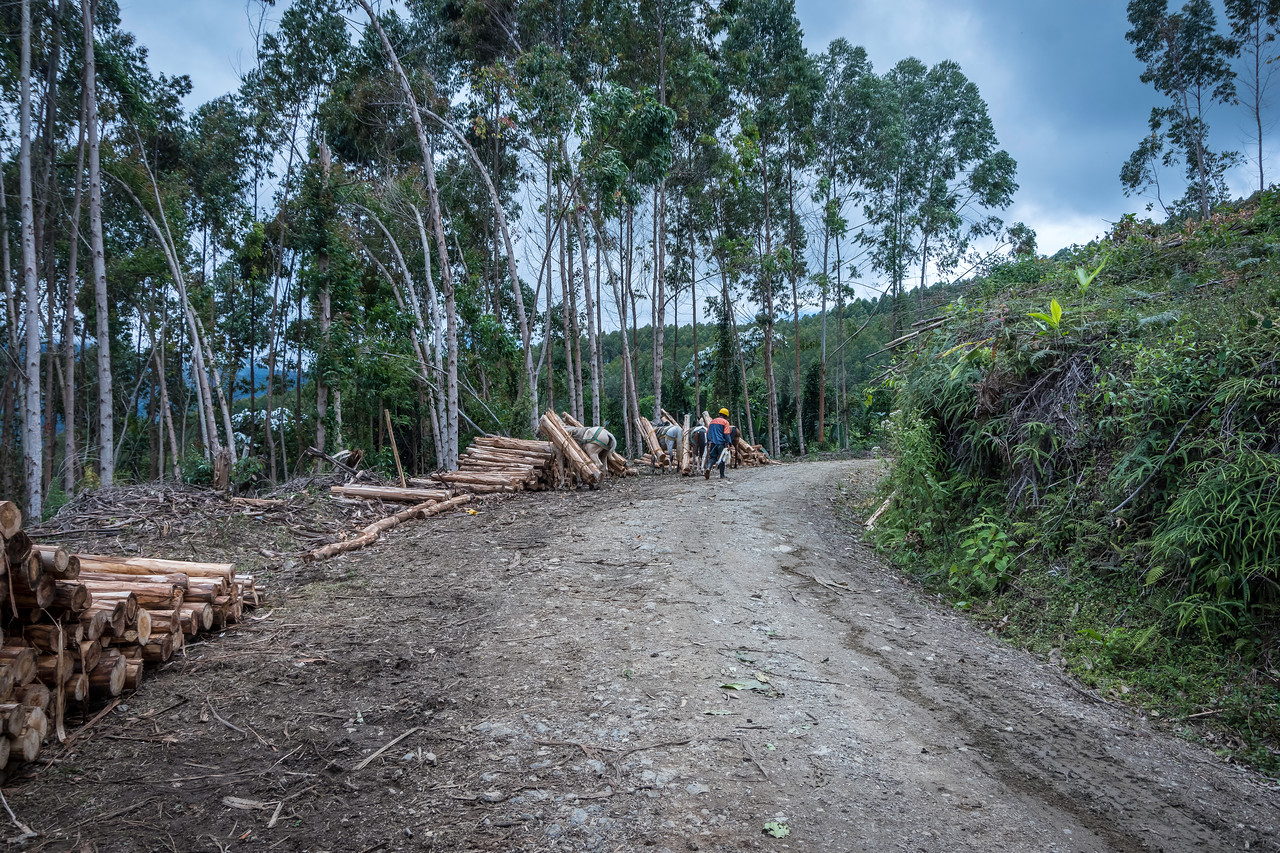 We never got a chance to speak to him, before we knew it he was gone and headed back down the hill to assist with more loaded horses coming up 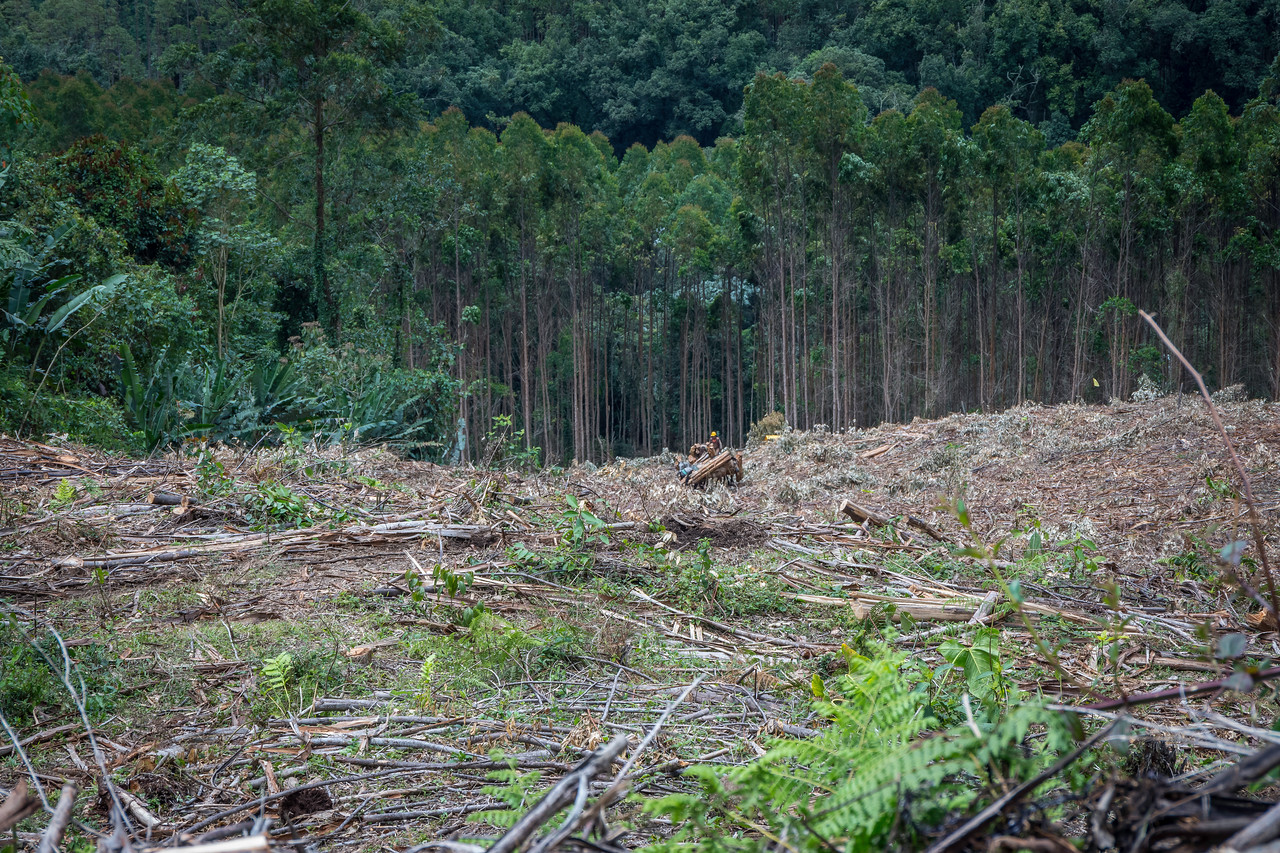 The logging in real time as I’m taking photos

Time flies when you are riding Colombia, but we hadn’t really been keeping check but when we looked at our passports we had a decision to make, do we extend our visa (easy) or continue south and then ride more of Colombia when we are heading north again…we decided on the latter.

We plotted a route of almost all dirt to the border and the San Miguel crossing but were stopped by the Military as there were a few FARC/ Cartel uprisings happening and by just a couple of hours we’d luckily missed a car bombing and a double murder on the very track we’d tried to go down.

We stopped at the roadblock for an hour or more with the military, sharing food with them (some breakfast bars) and them with us (pineapple), we joked after an hour that surely now it should be OK, the commanding officer wanted to make sure we understood how dangerous it was and pulled out his phone and showed us video and photos of the bombing and dead bodies! There were no military thumbs up at this checkpoint.

Because of the reroute we ended up on the Pan American Hwy for about 20 minutes, what a fucking nightmare, why anyone uses this road is beyond me, in 20 minutes we very closely avoided four head collisions, two by less than an inch! And you get to watch cyclists taking selfies as well…yawn!

We wanted back on the dirt ASAP, we rerouted around that area by a big margin, found some more dirt, and played in it for a while, we’d done this a few times for Mosko so not sure on the timeline and if it was correct but, hey!

Neither of us had ever been to Popayan so we stopped over for the night, really bad timing there was some sort of hippy bicycle event happening and taking over the town, every corner we turned there was a drunk, stoned or unconscious hippy within 10 feet…no thanks, zero inspiration for photos at all, actually surprised I even had this bad shot on my camera!

This is some of the riding we did to give you an idea about Colombia for various areas, some of this is between Popayan and Pasto and a few areas a little further north IIRC

From Pasto, we headed east to the Trampoline to avoid the crazy Ipiales border crossing 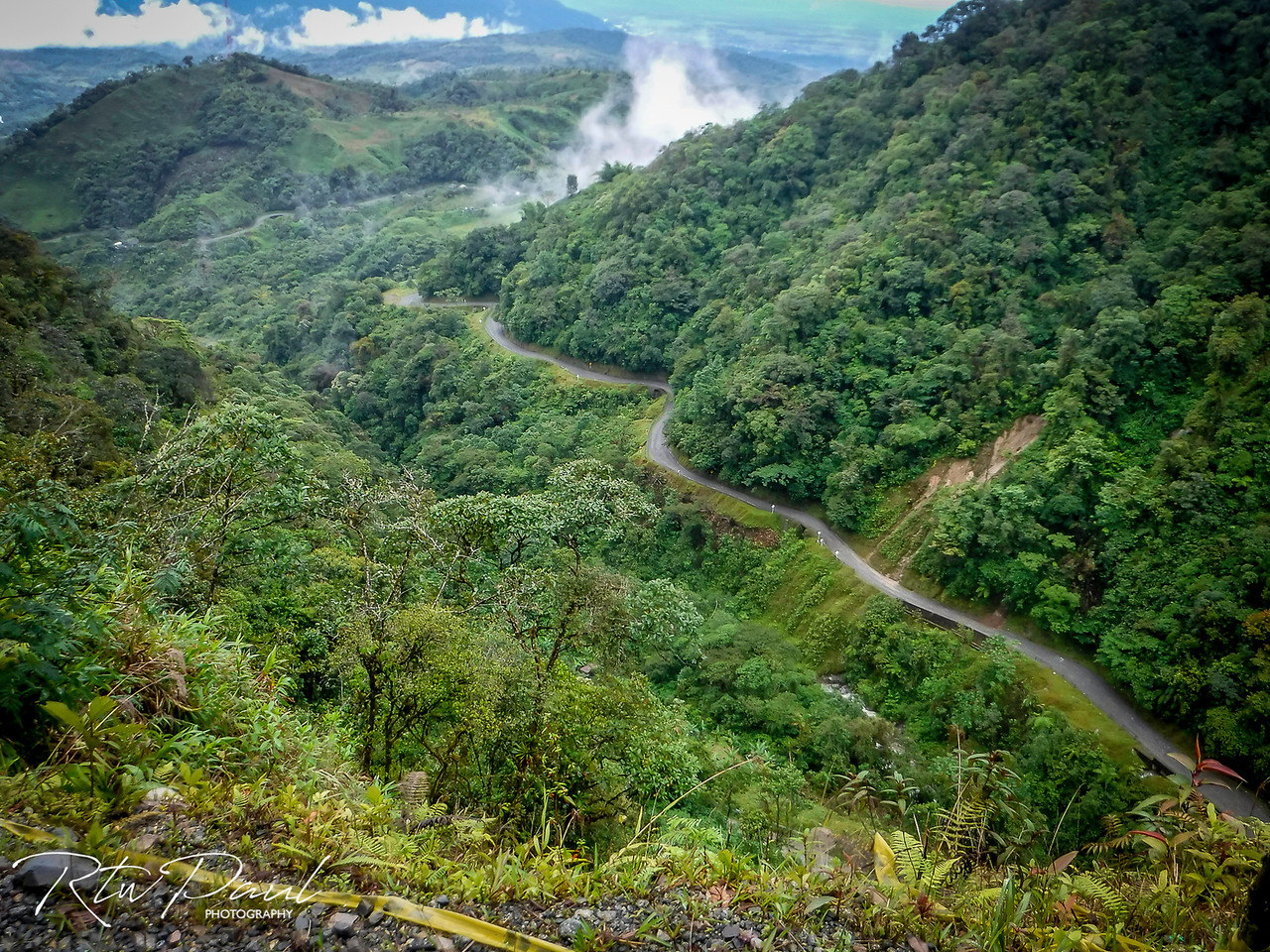 We rode the whole road in torrential rain

We spent our last night in Colombia in a little town called Santa Ana before making a run for the San Miguel border in the morning, we arrived around midday and there were crowds of people, 99% Venezuelan refugees 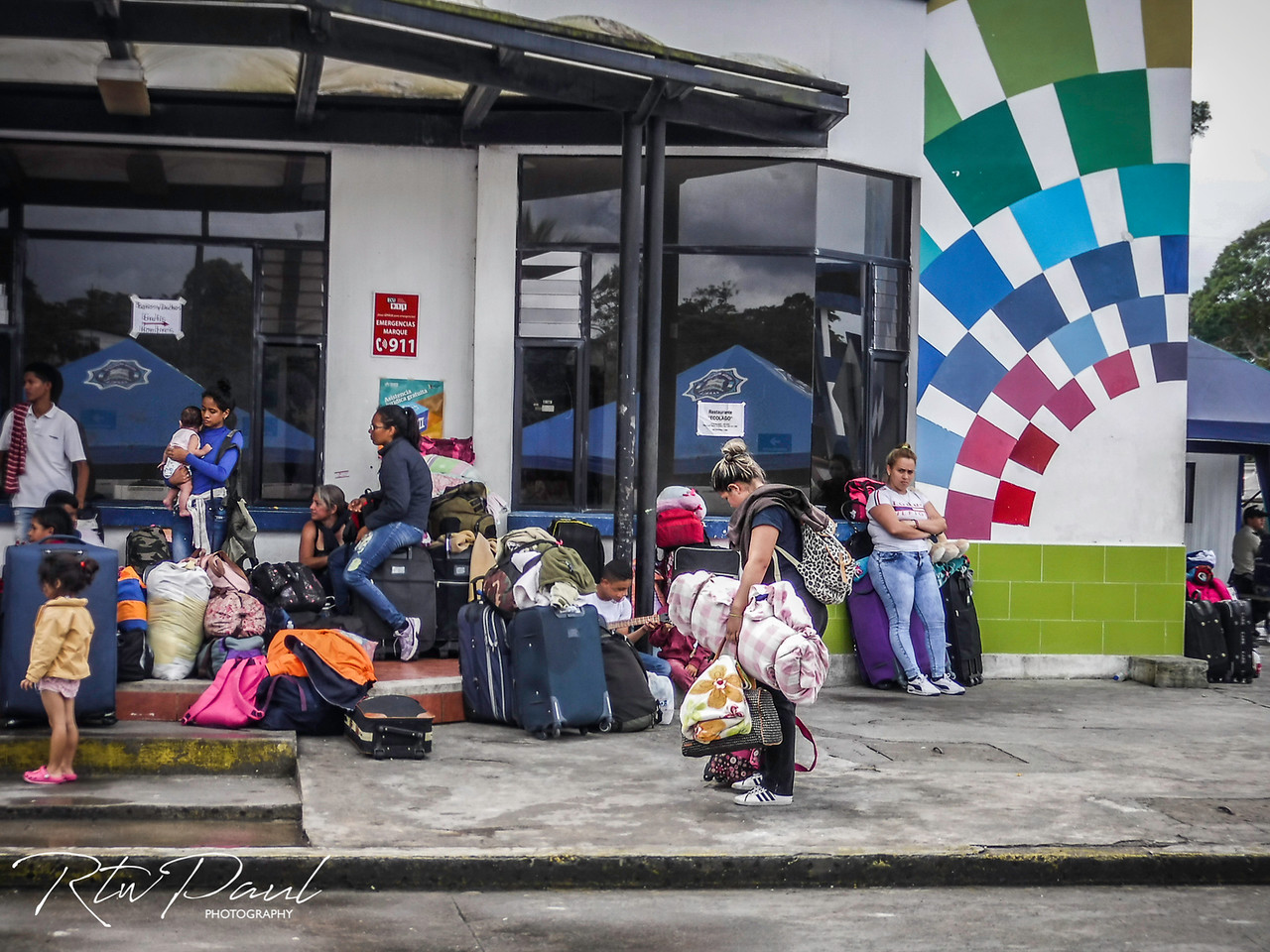 We were let inside almost immediately, all the process for both countries is done in this one building so it’s easy. In line behind was a Venezuelan lady and her daughter and we got chatting as we waited in line, she told us that they (the VZ’s) now were only being given ONE DAY to cross Ecuador, as they were no longer allowing them to enter and stay in Ecuador. The next option for them was Peru, she felt she was lucky as her husband had already made it there so she would be OK, she didn’t feel the same for everybody else.

She told us all she wanted to do was live in VZ and once things returned to normal she would return.

As we were doing our import/ export paperwork there was a rider from Chile and he painted a little different picture, “Chile has officially closed the border to VZ immigrants, we allowed 700,000 in and we can take no more, we have high unemployment so as a country we have done all we can, I personally feel very sad and sorry for them.”

Outside we met a Colombian rider on his 150cc riding south as far as his bike will take him, he told us. 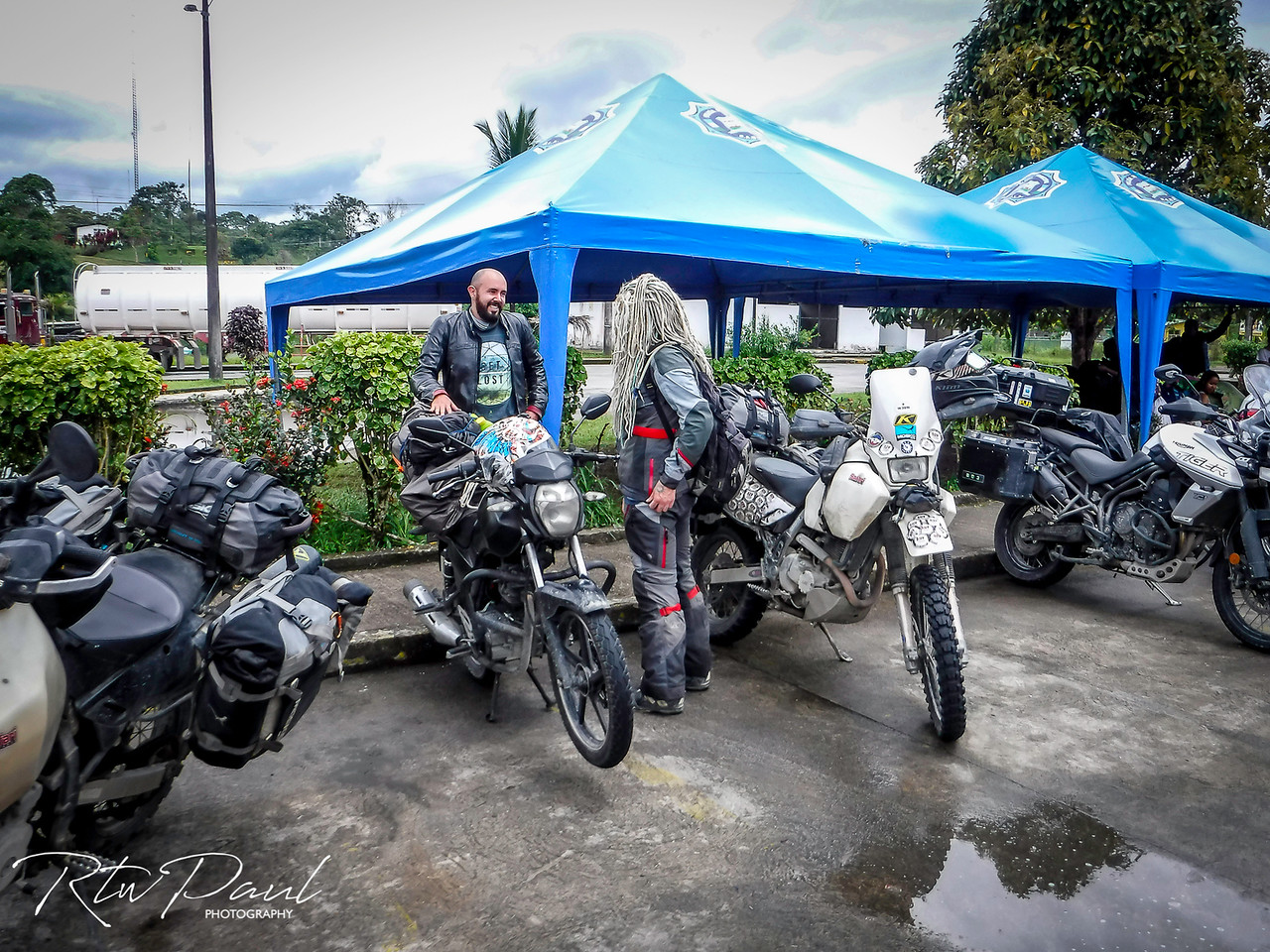