Over the next few days we took llama and donkey tracks, we know this because this is all the traffic we saw 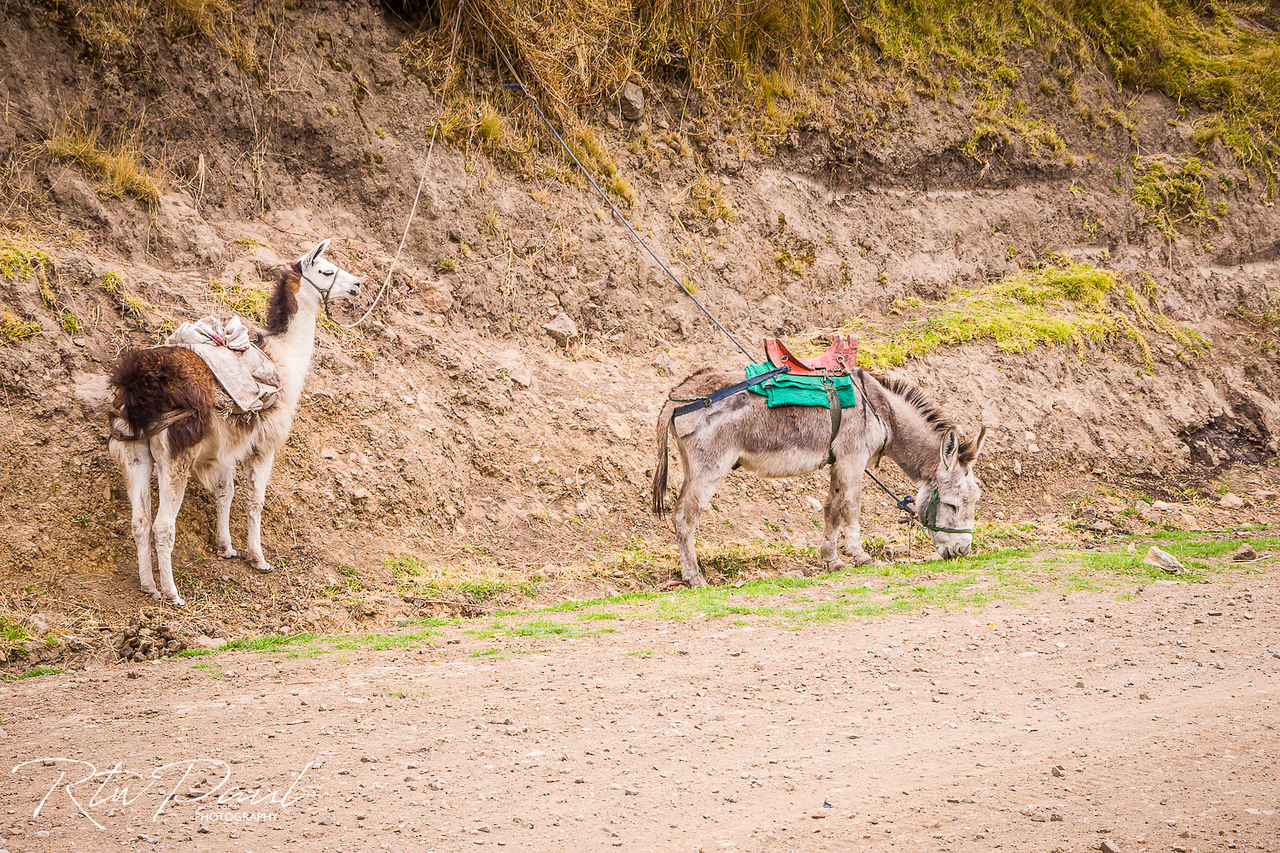 The dirt tracks we nothing short of spectacular with views across the mountains and valleys for days, we could stop for a few minutes and pick tracks that looked fun 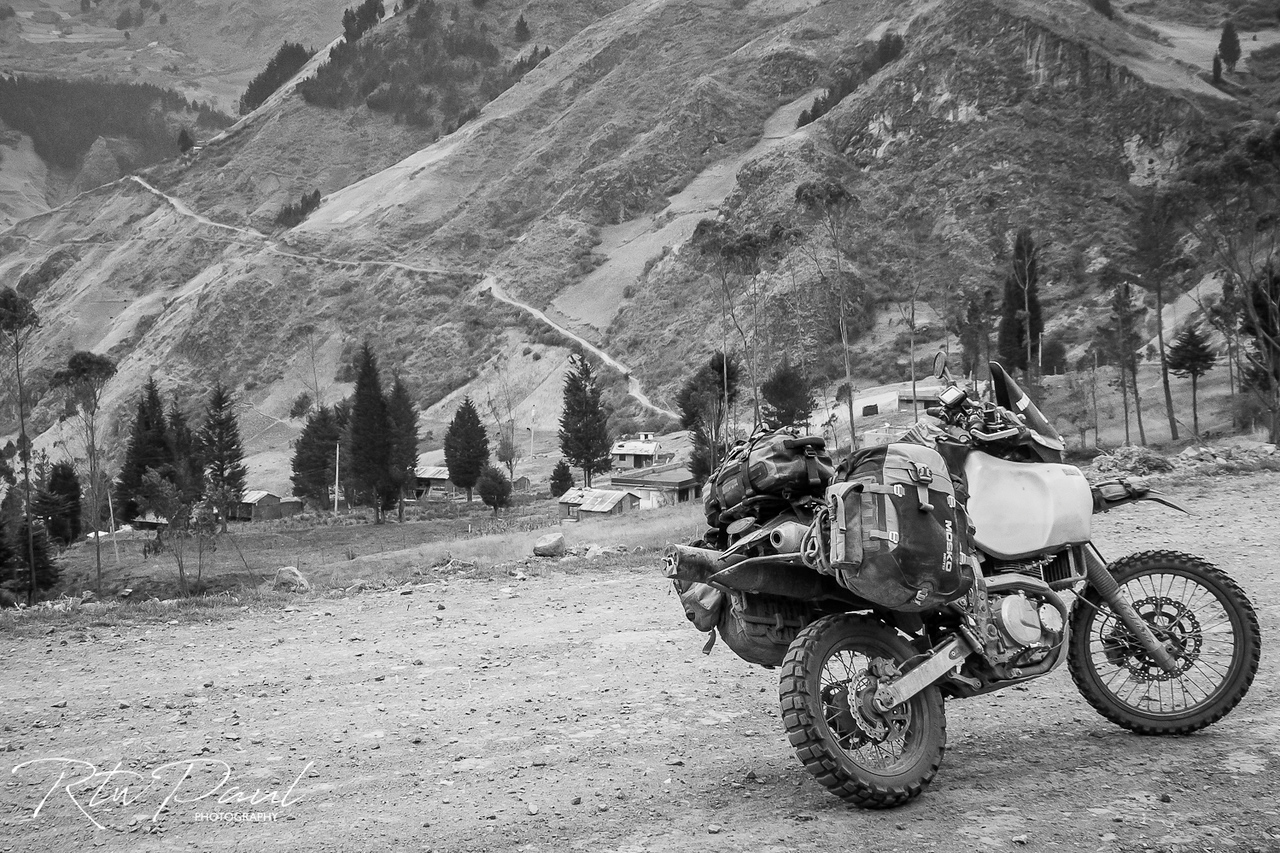 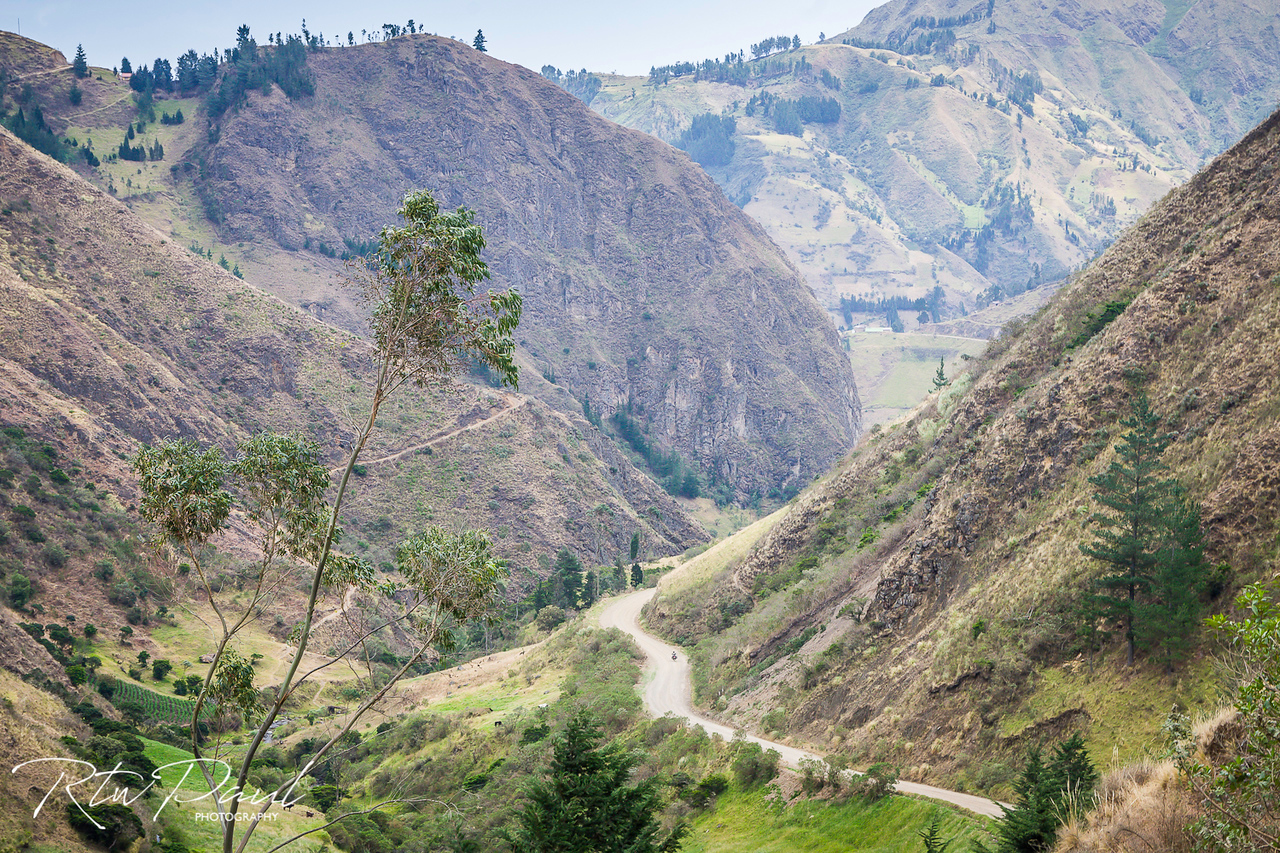 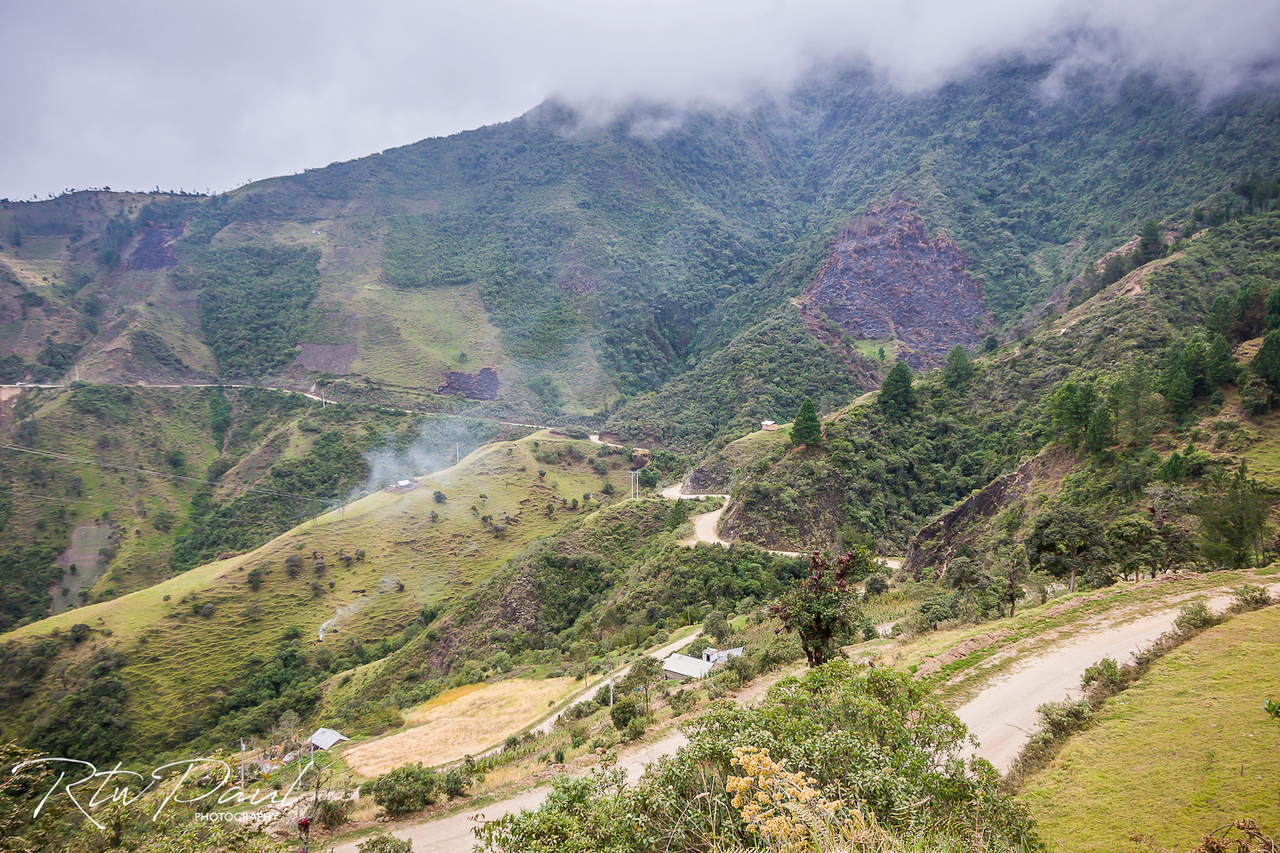 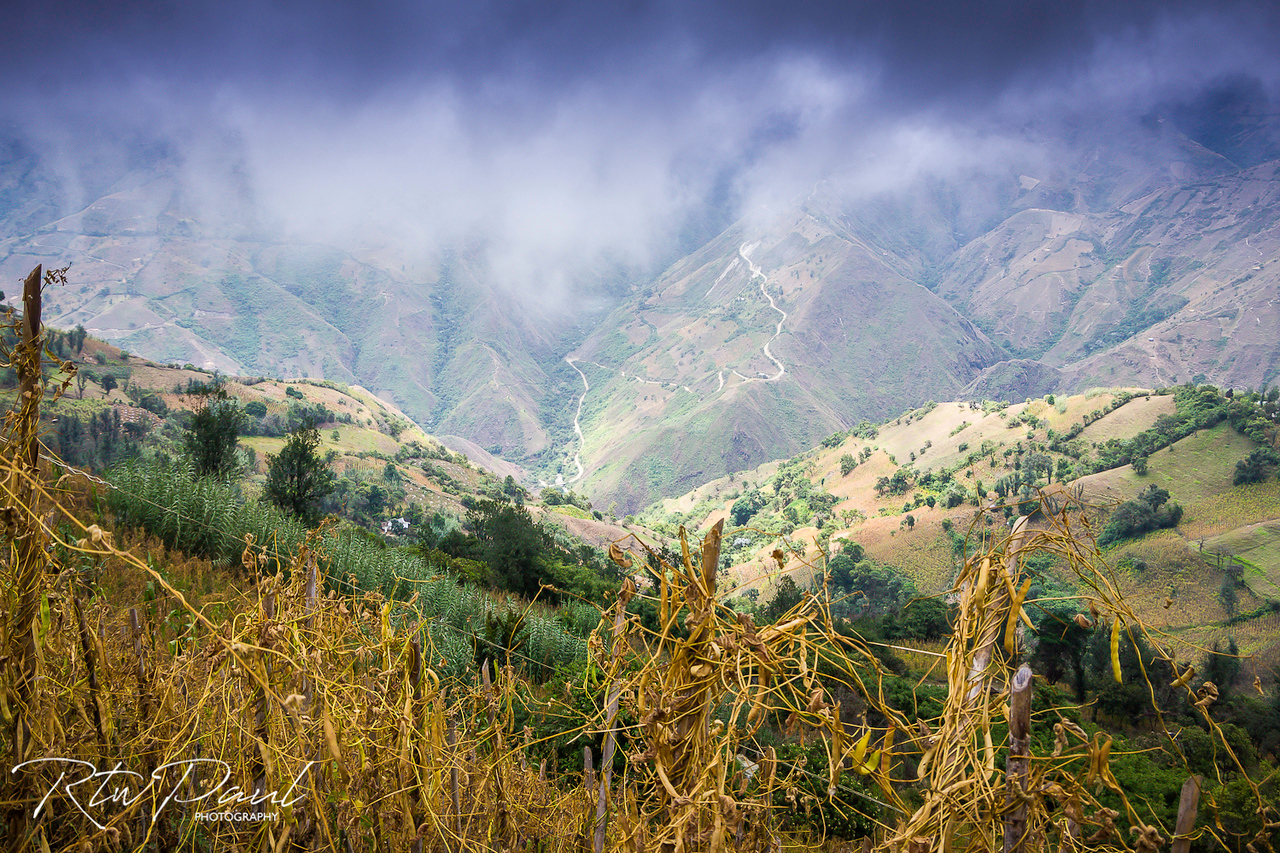 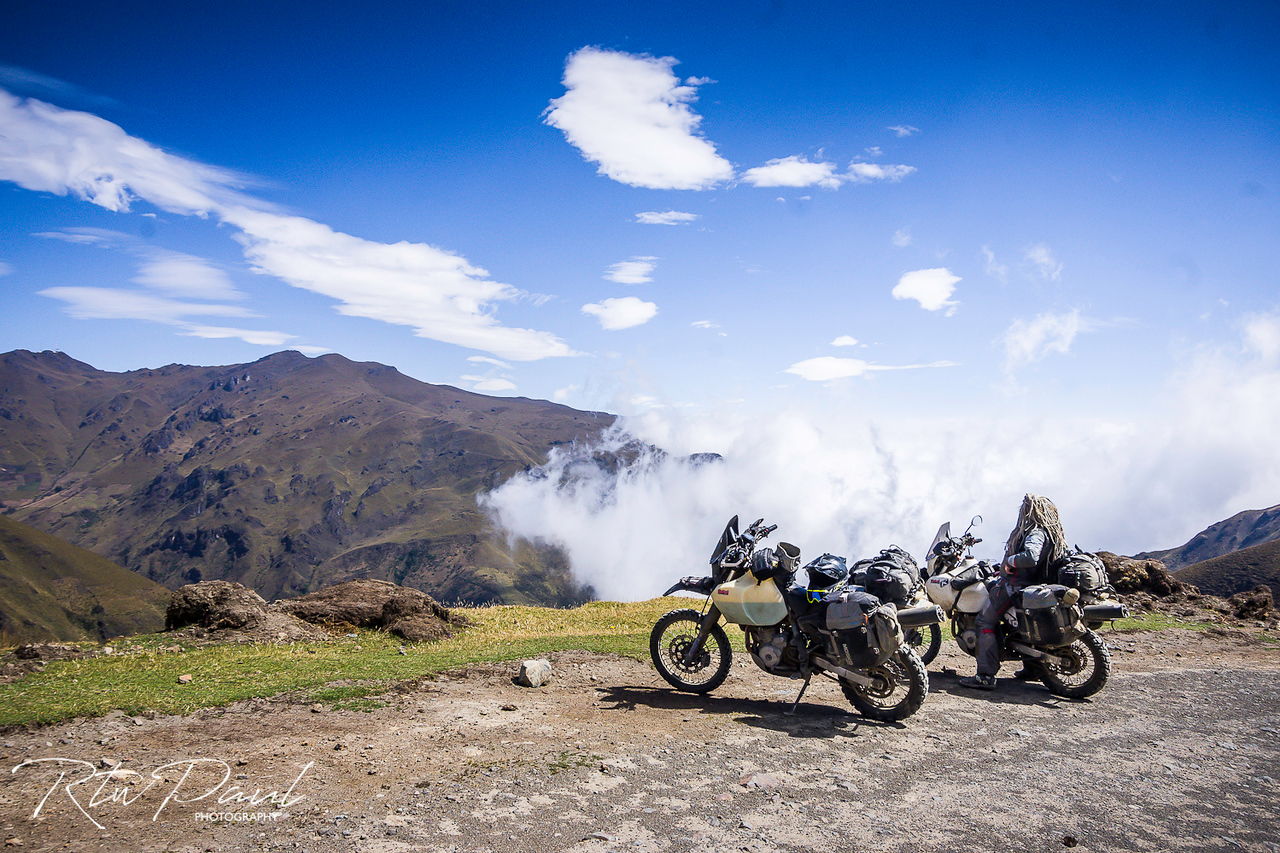 It was just llamas for days 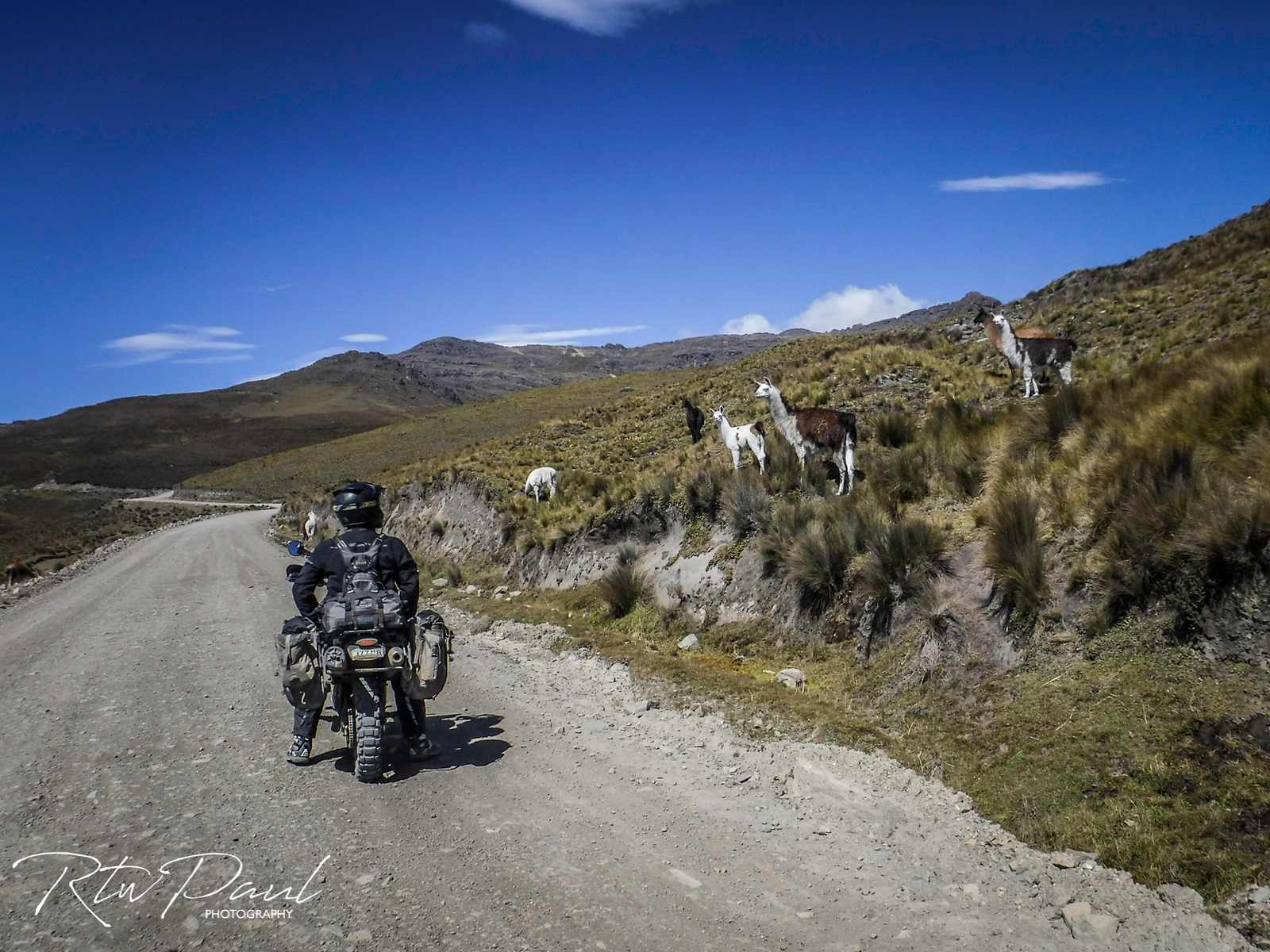 Lake Quilota is a must see in Ecuador, but riding your bike down this single track path is probably a no/ no now the area s getting developed…whoops!

This was the view out of our window, $20 including dinner and breakfast!

and from a high point the view the other direction 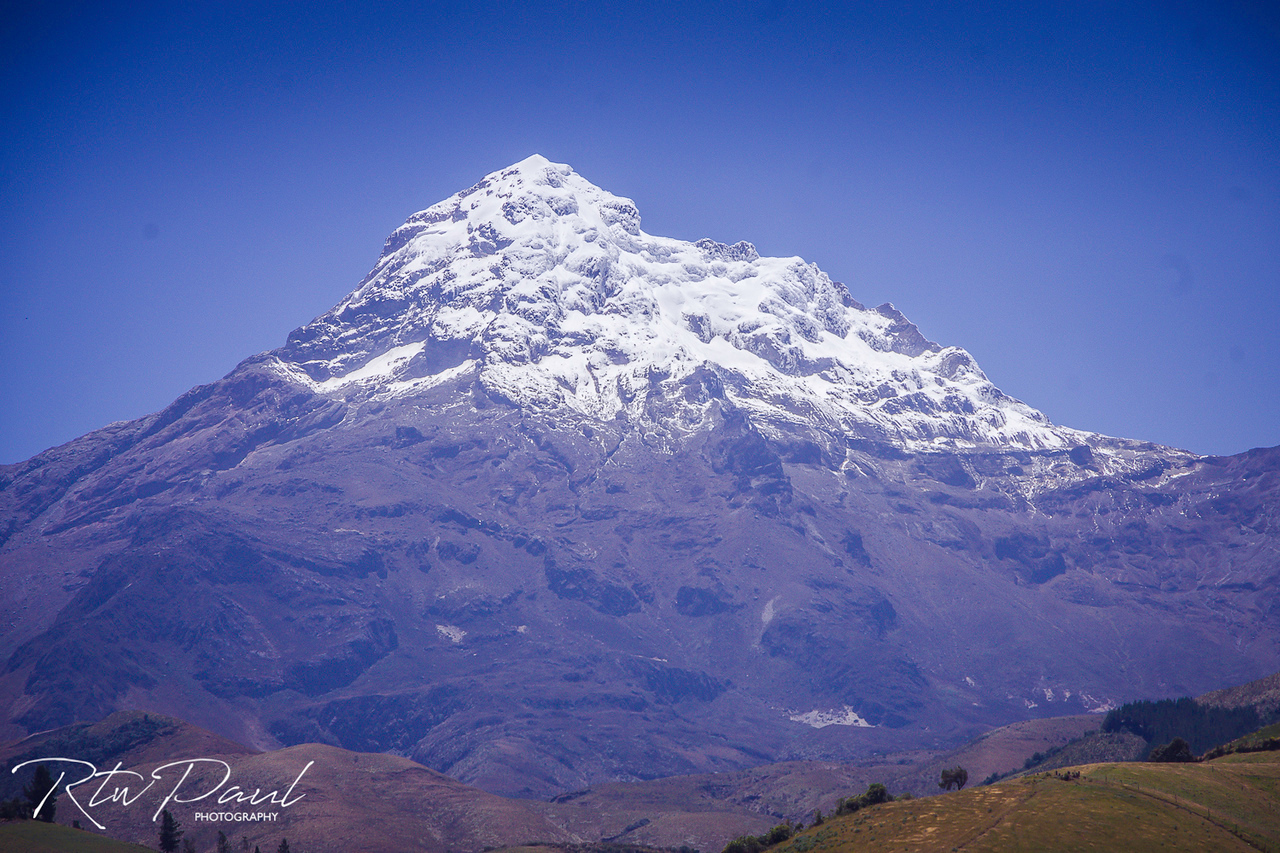 The following morning trying to get a little closer

We circled back to Quito, not five minutes from where we were headed to stay I get a flat on a very busy intersection while taking a right, the bike tried to go straight so choice but to replace the tube right there in the intersection as the tube had shreaded and dumped all the air instantly 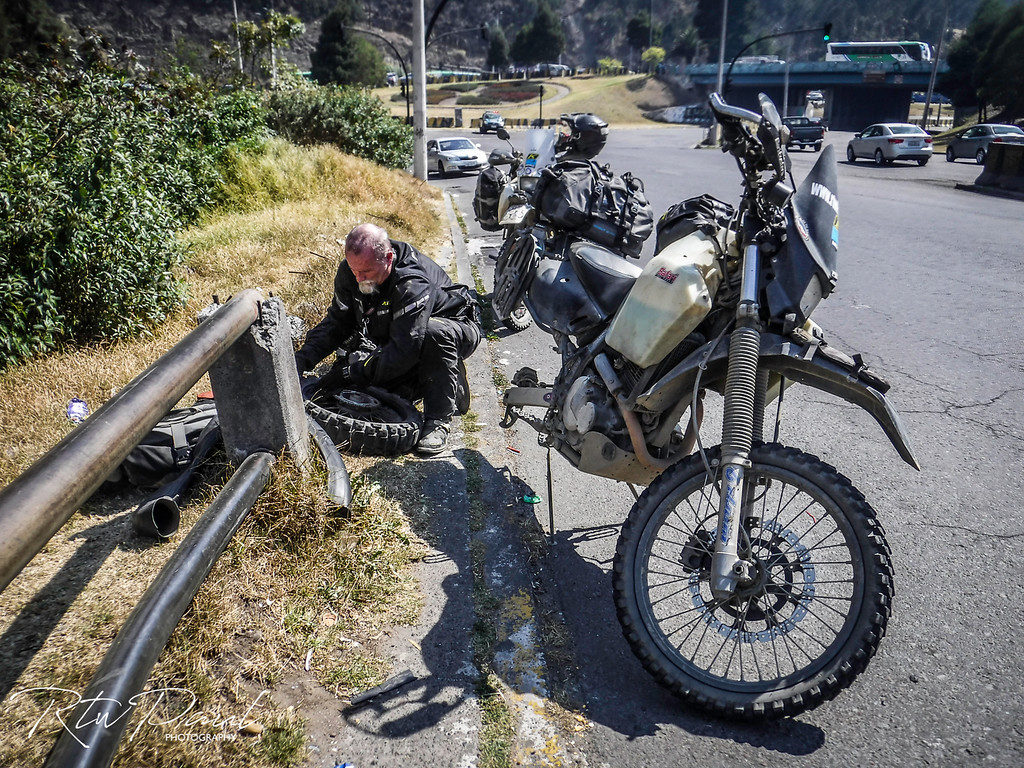 Finally made it back to our place in Quito, hung out for a few days in the city and all the bizarre things that cities do…not really interested tbh 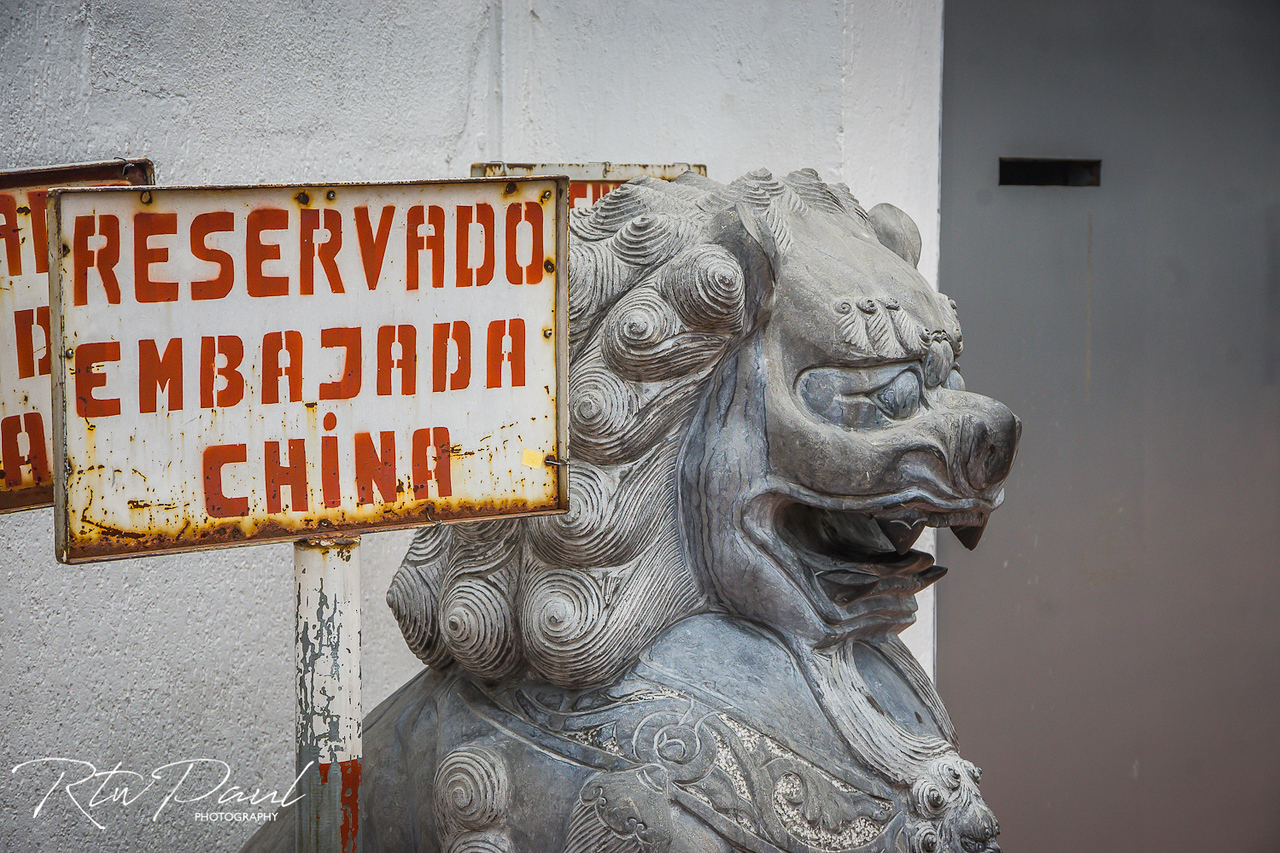 Left Egle by herself while I went for a ride for a few days, she was doing her Indiegogo campaign so she was focused on that, seemed like a good time for a little more seat time. 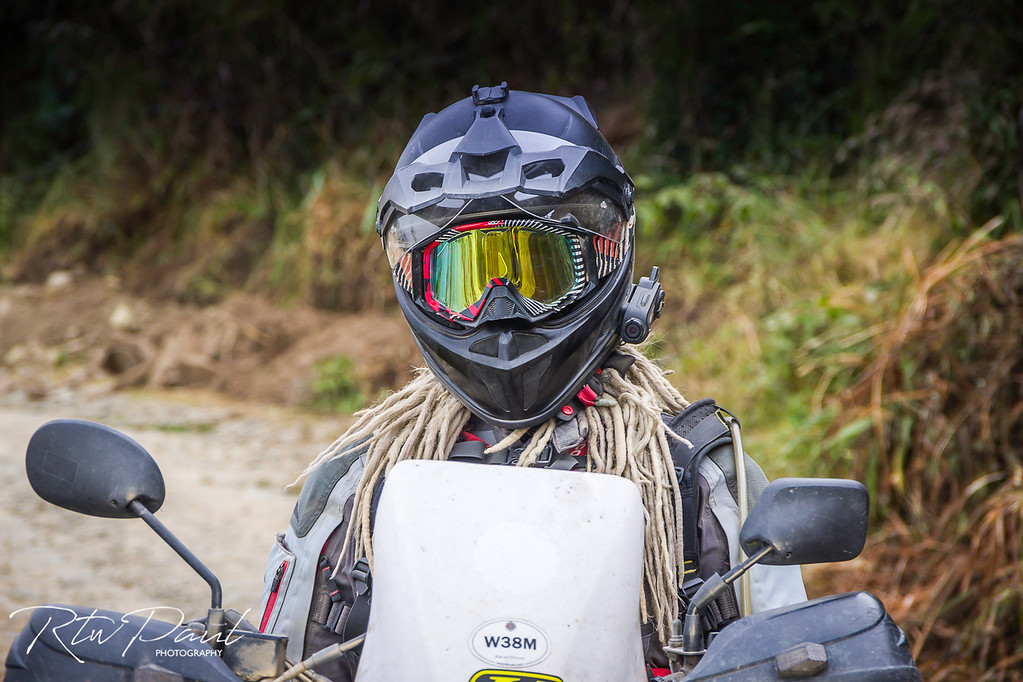 hitting little towns along the way like Lumbaqui, Chingual, and San Gabriel

Water (falls), water everywhere, on this stretch I counted 101 of them in 2 hours, there were probably a lot more but occasionally I had to look at the road 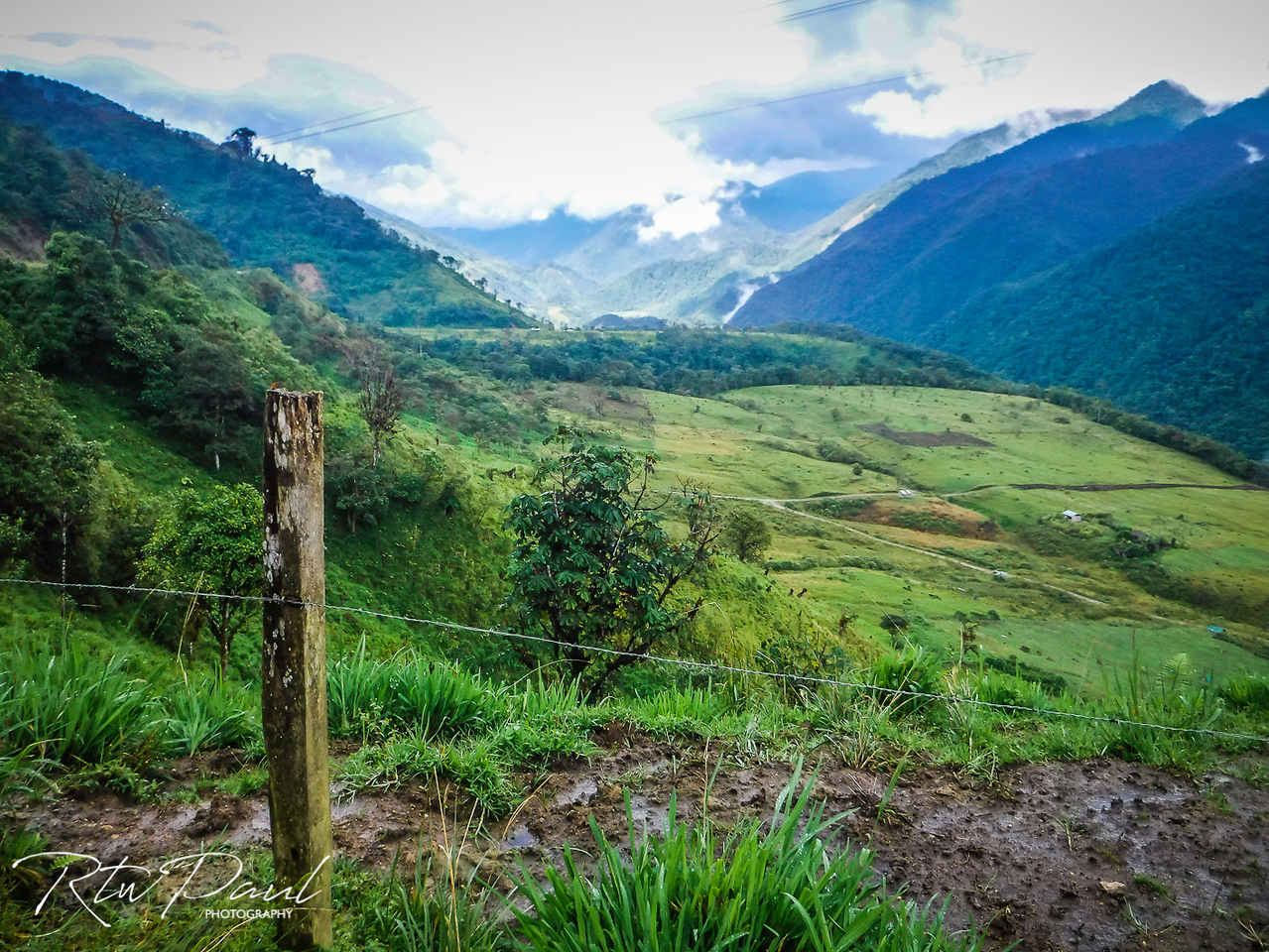 riding up thru gold mining areas of Charchi and around Buenos Aires and down to the valley and thru Cahausqui, Pablo Arenas, and Tumbabiro 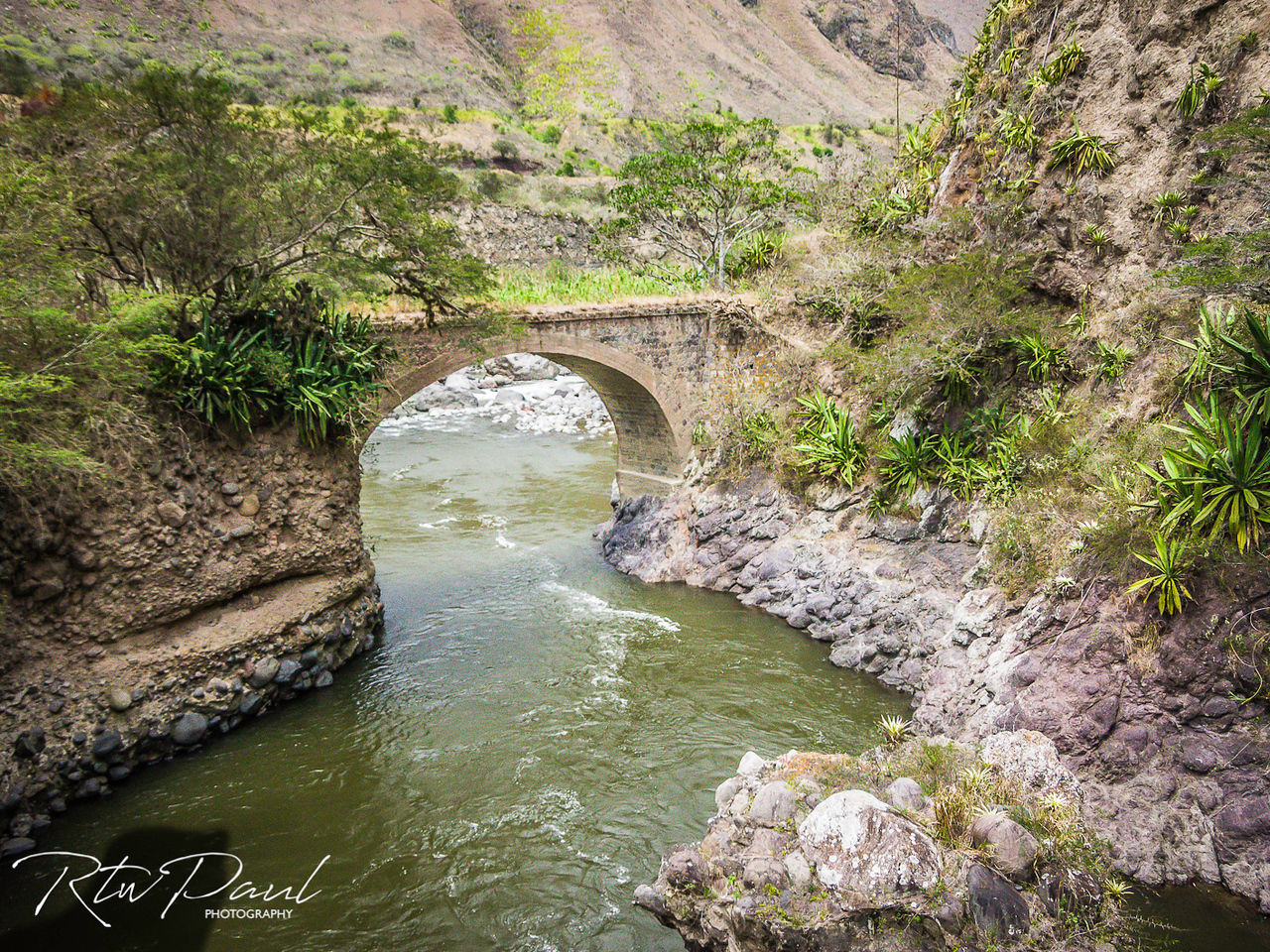 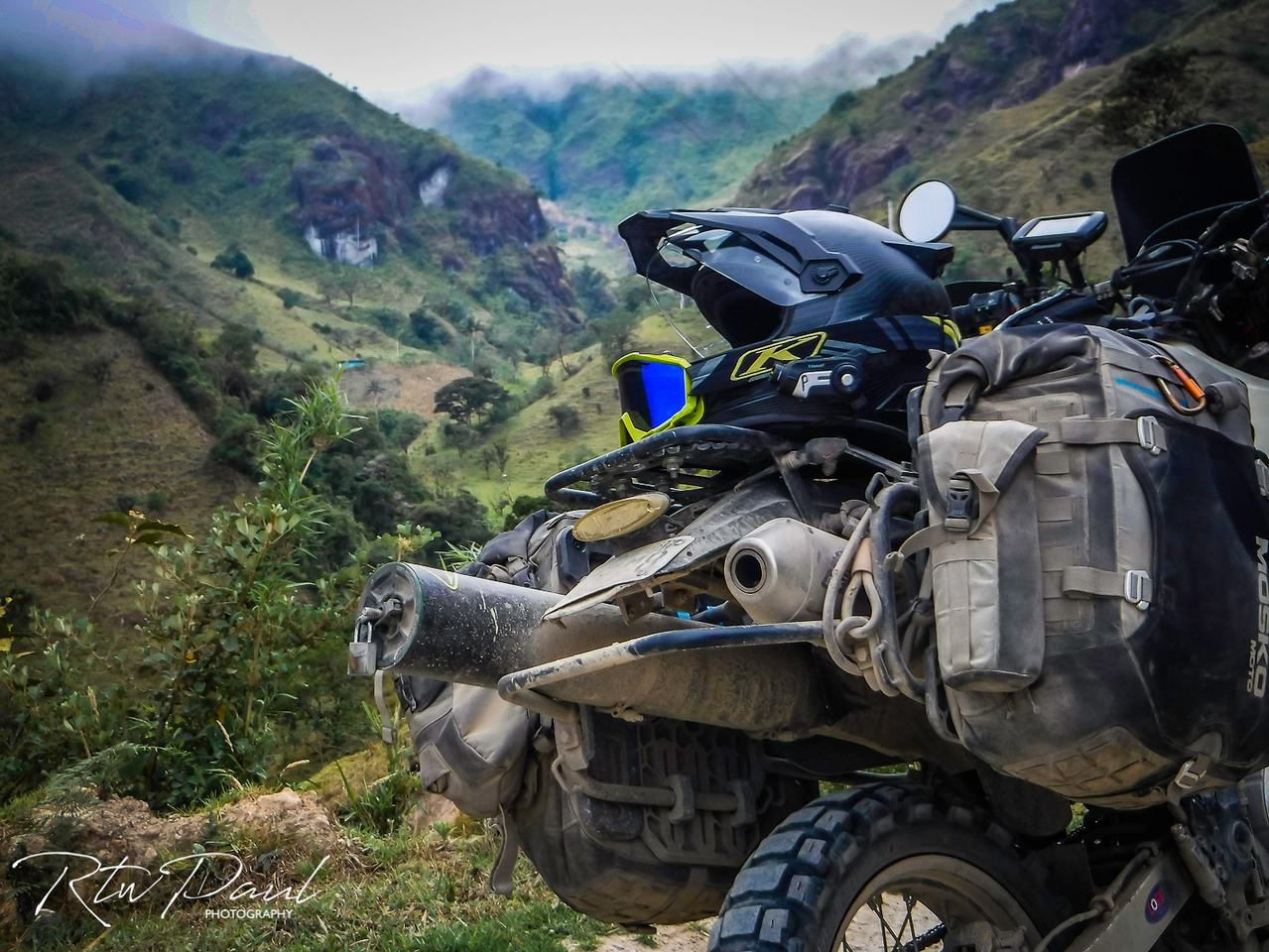 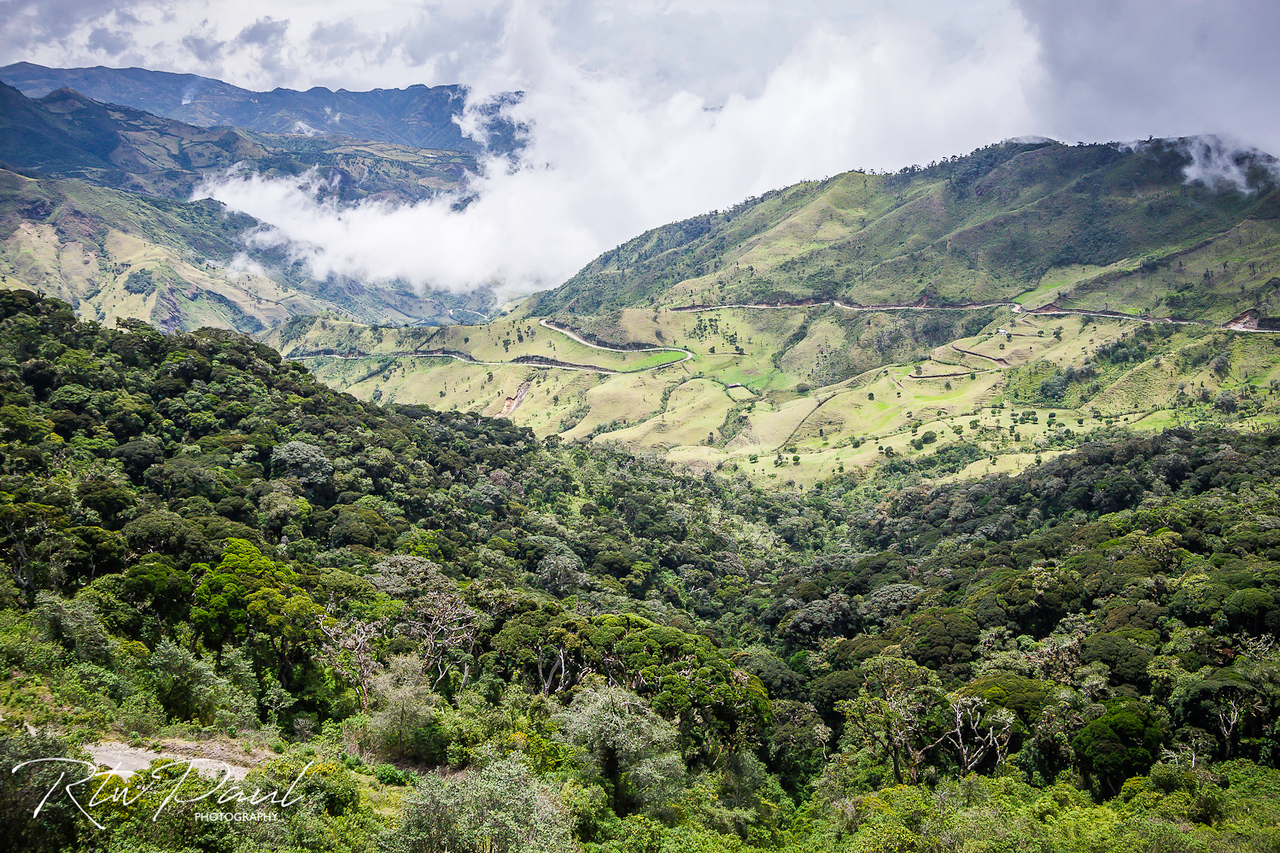 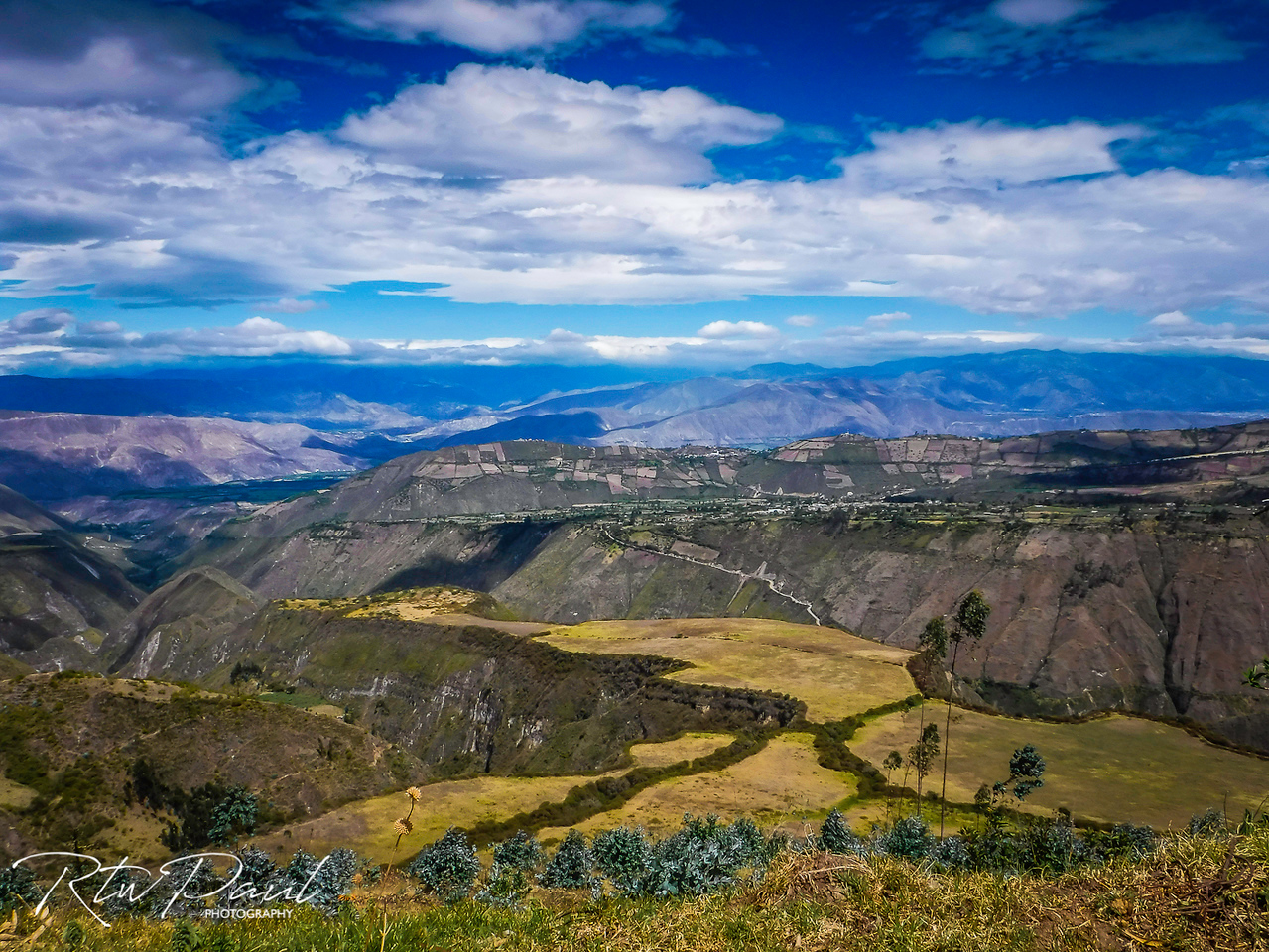 On the outskirts of Cotacachi, there was a sentiment about the president that there must be a good story to tell

but you would never know meeting the people, they are listed as the 6th most emotional and positive nationality in the world according to a poll. In the middle of nowhere, I came across a small parade where emotion was in full swing 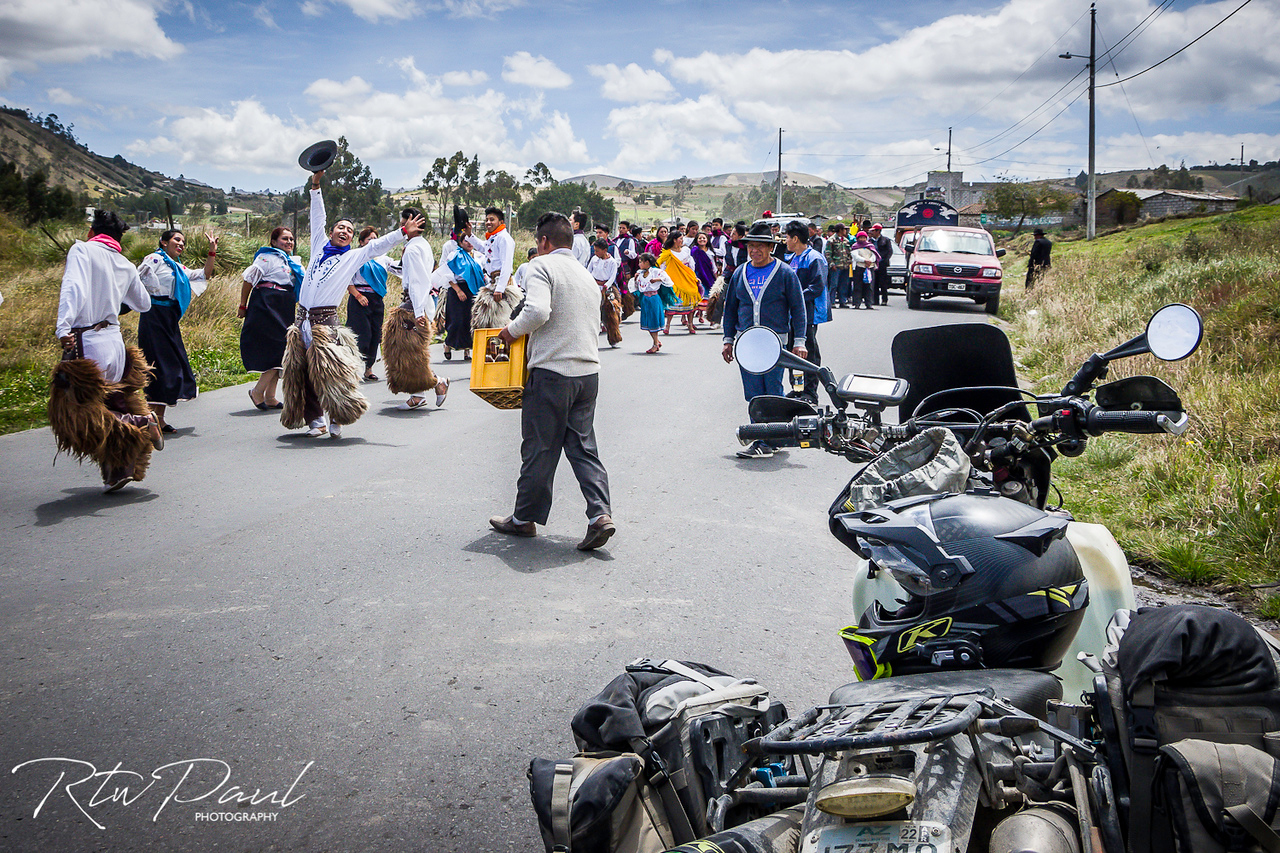 and wearing Luis’ chaps (from a few posts earlier) 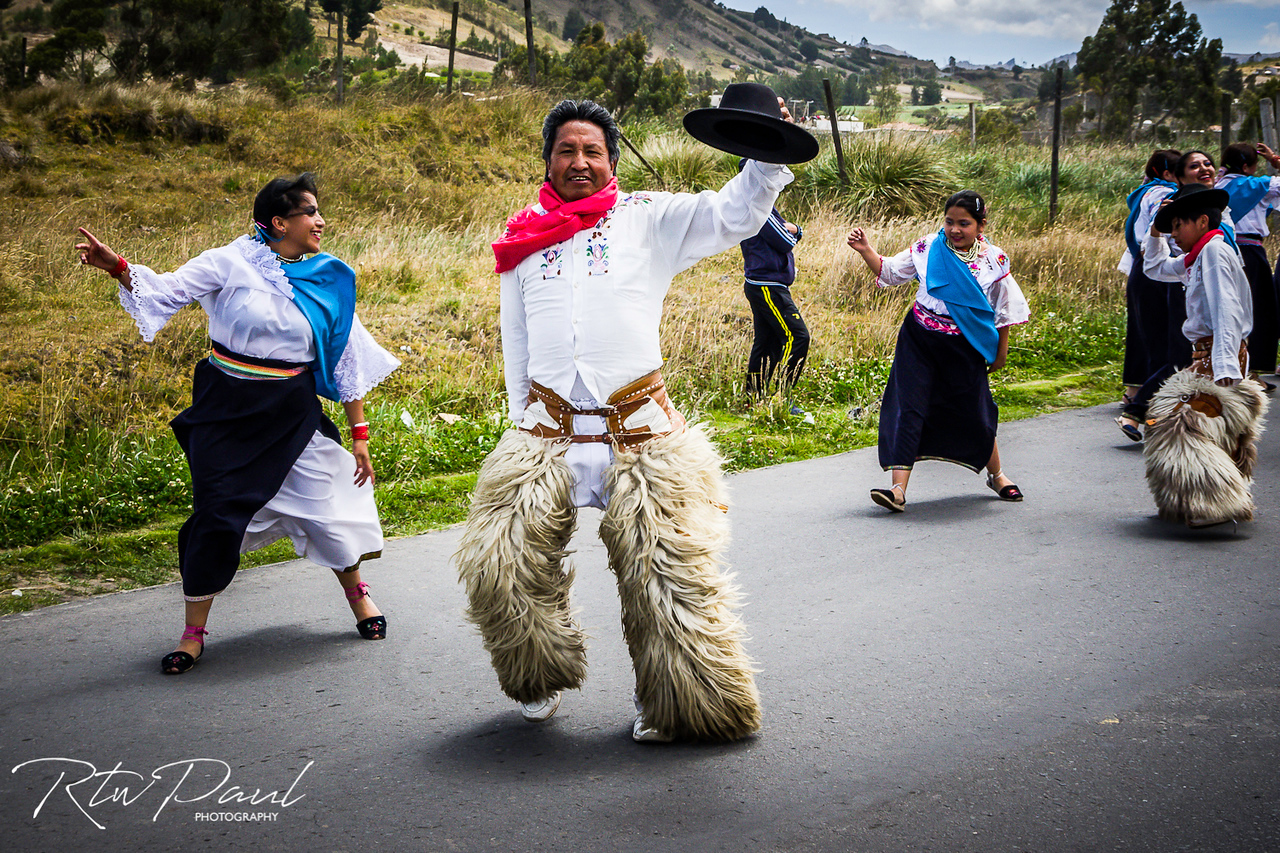 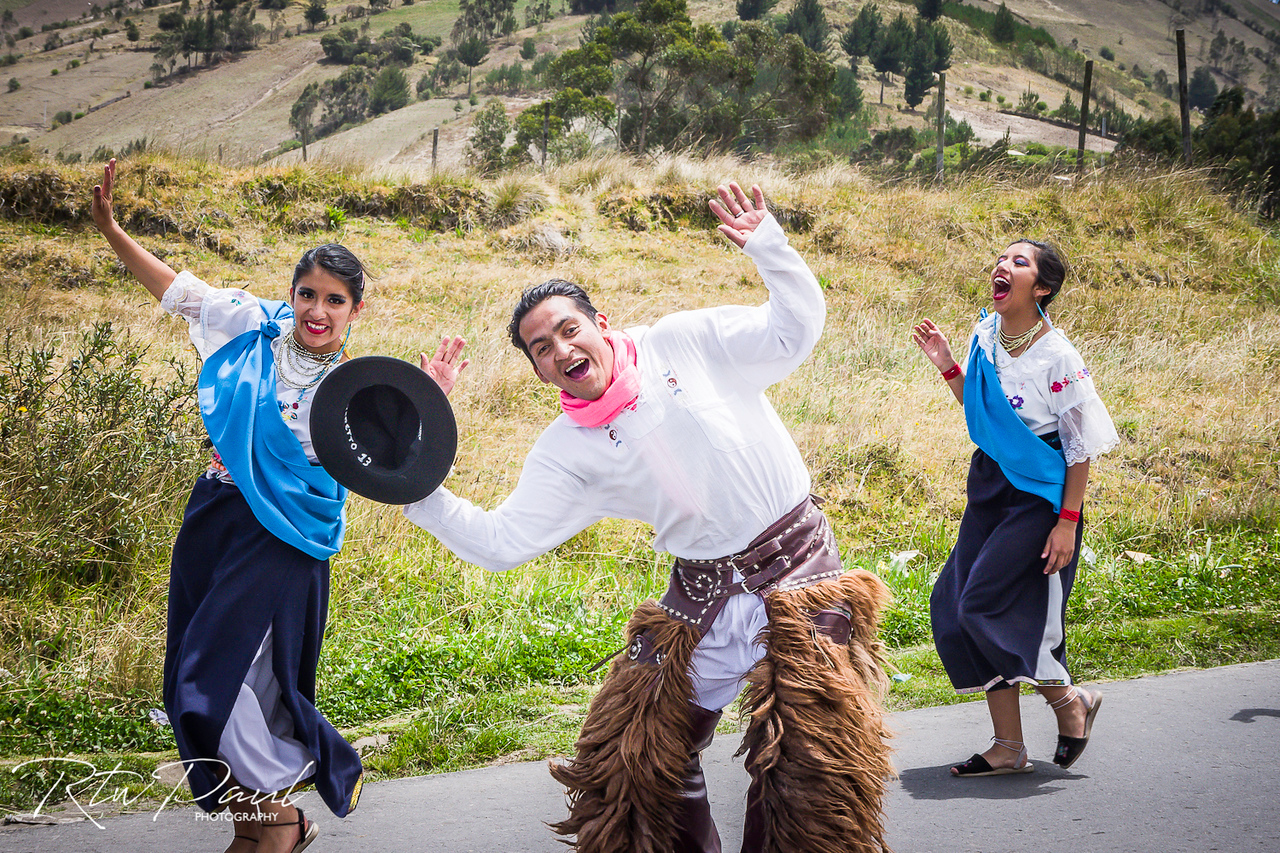 and followed by the band and a crowd

A man stepped out of the crowd to share his moonshine with me, and it was good, but he was gone before I could find out where I could get some, in his kitchen would probably be the answer 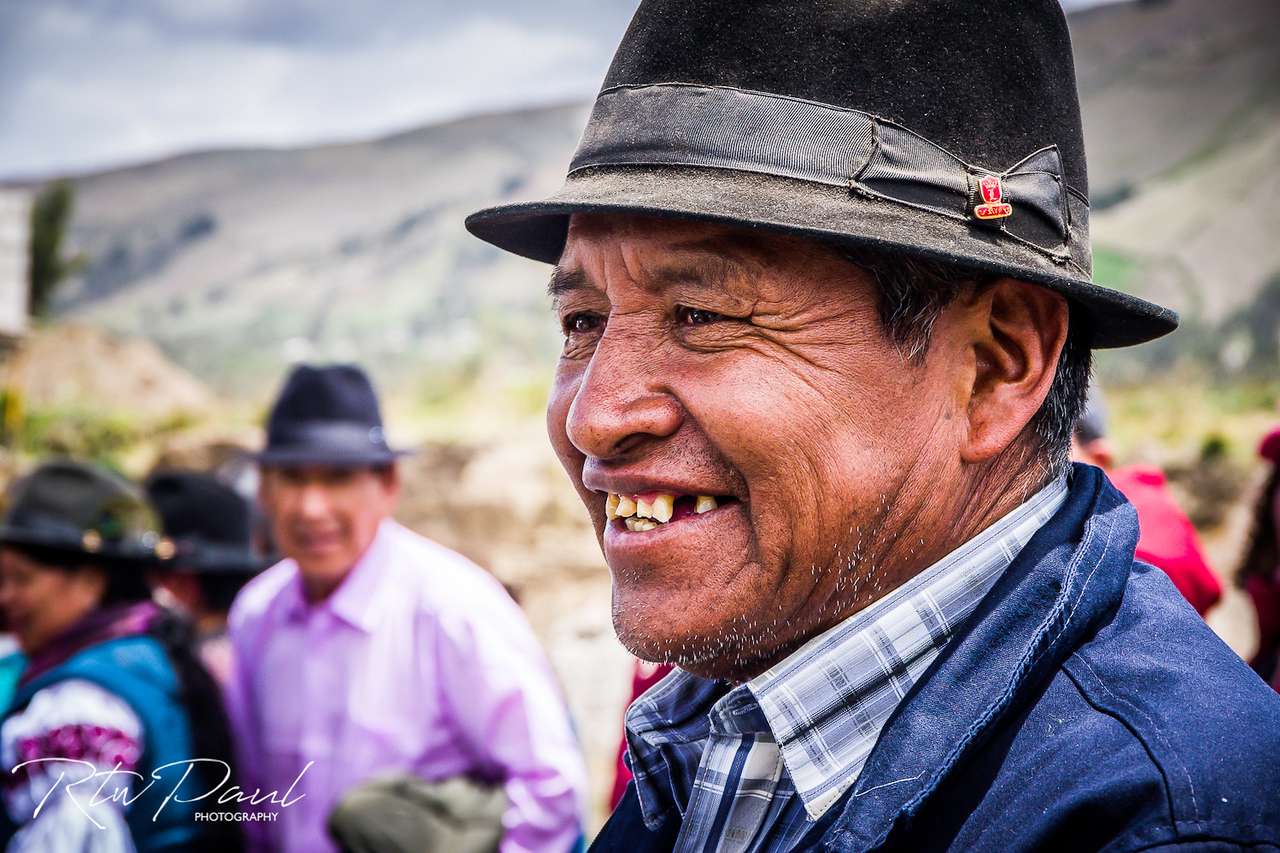 A few more days of peaks and valleys 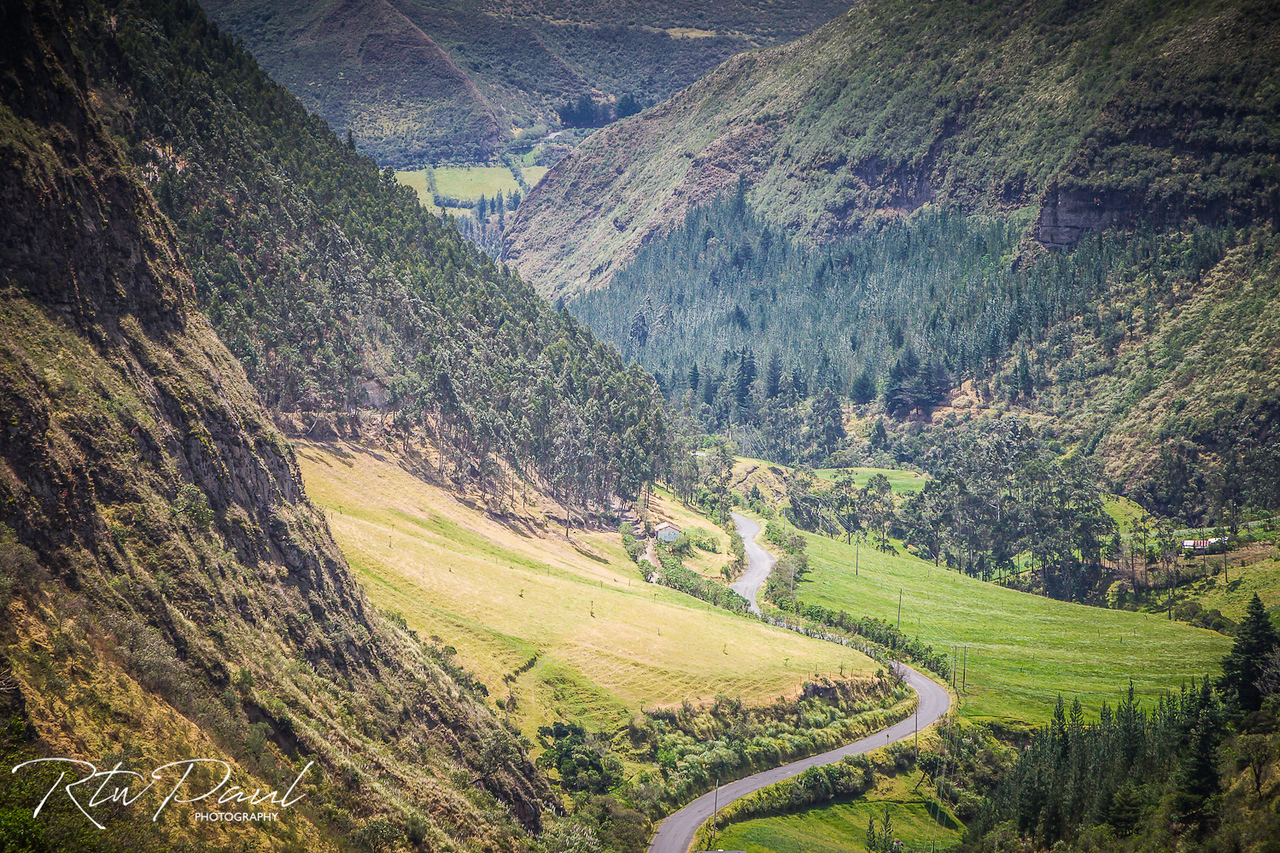 taking corners guarded by llamas showing their opinion with their ears 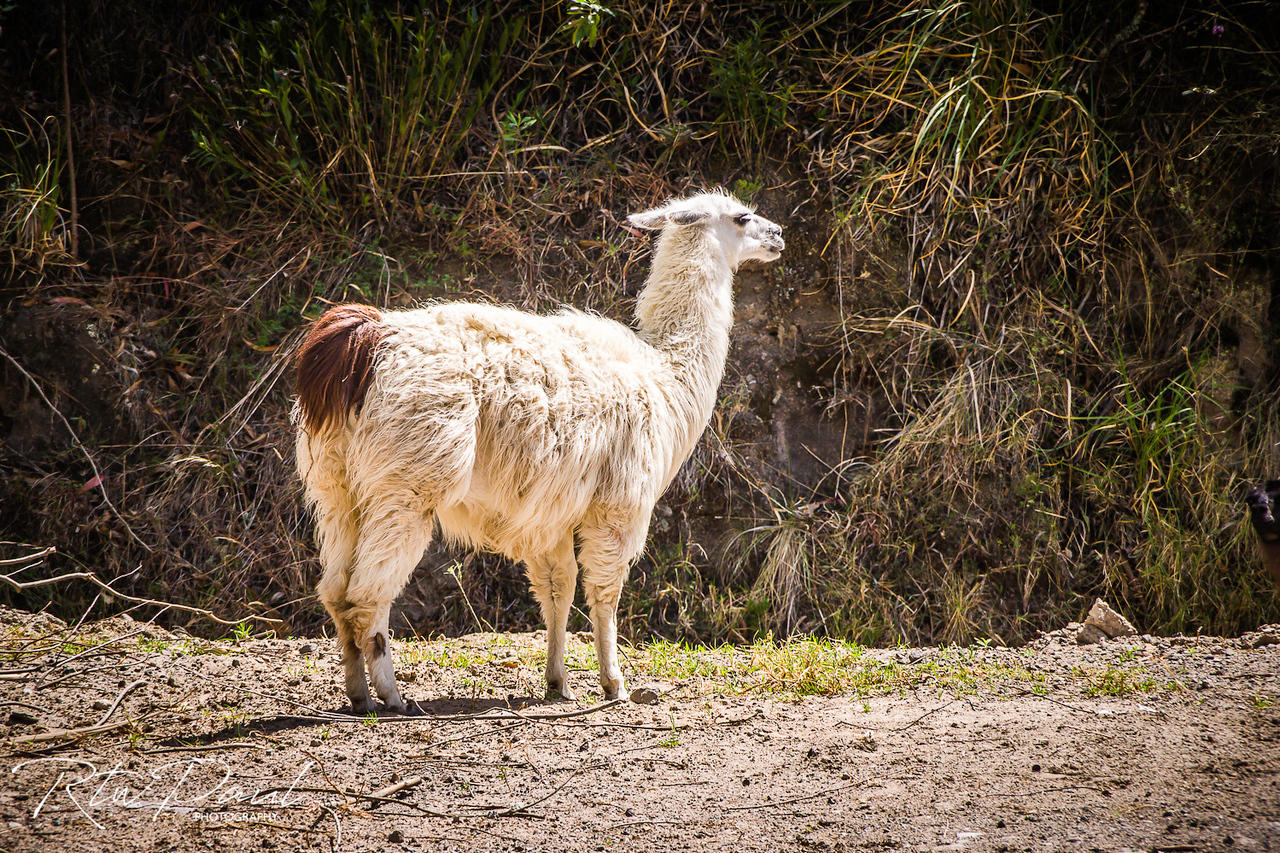 The patchwork goes on for days and days…from the valley floor right up to the peaks, with tracks dividing 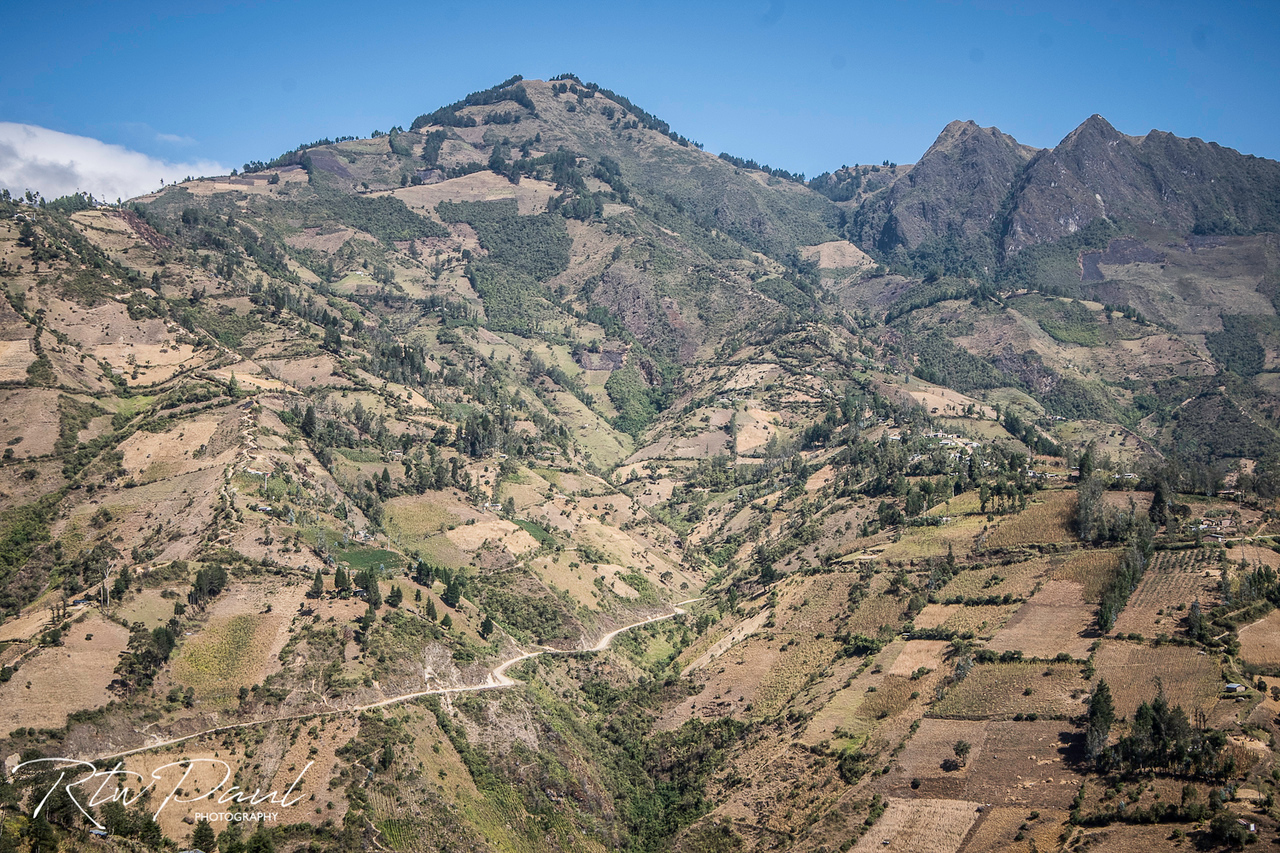 a loop past the massive Chimborazo and onto Baños 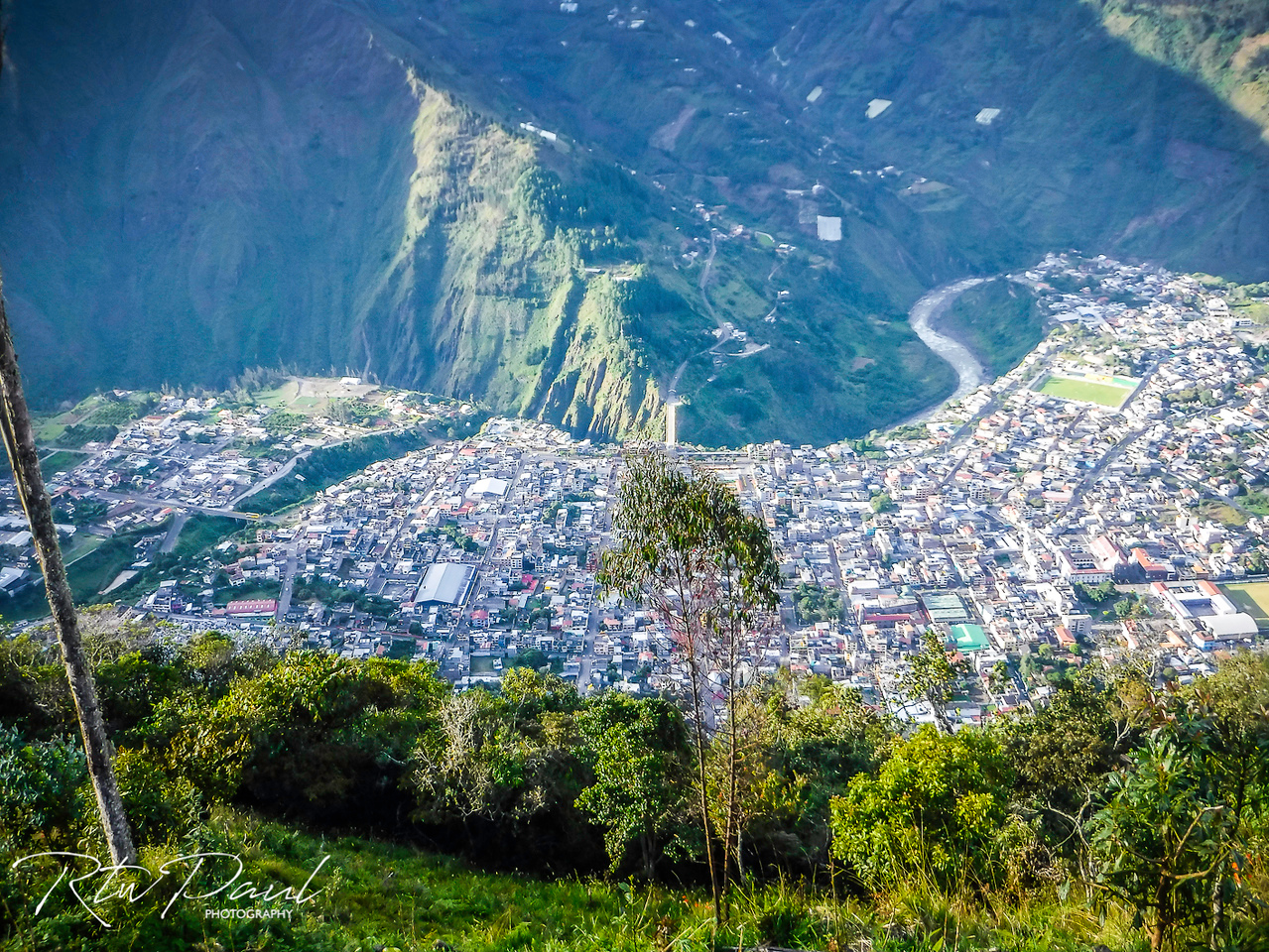 A stop by the Equator, again, fifth times a charm getting 00.00000 in the poring rain 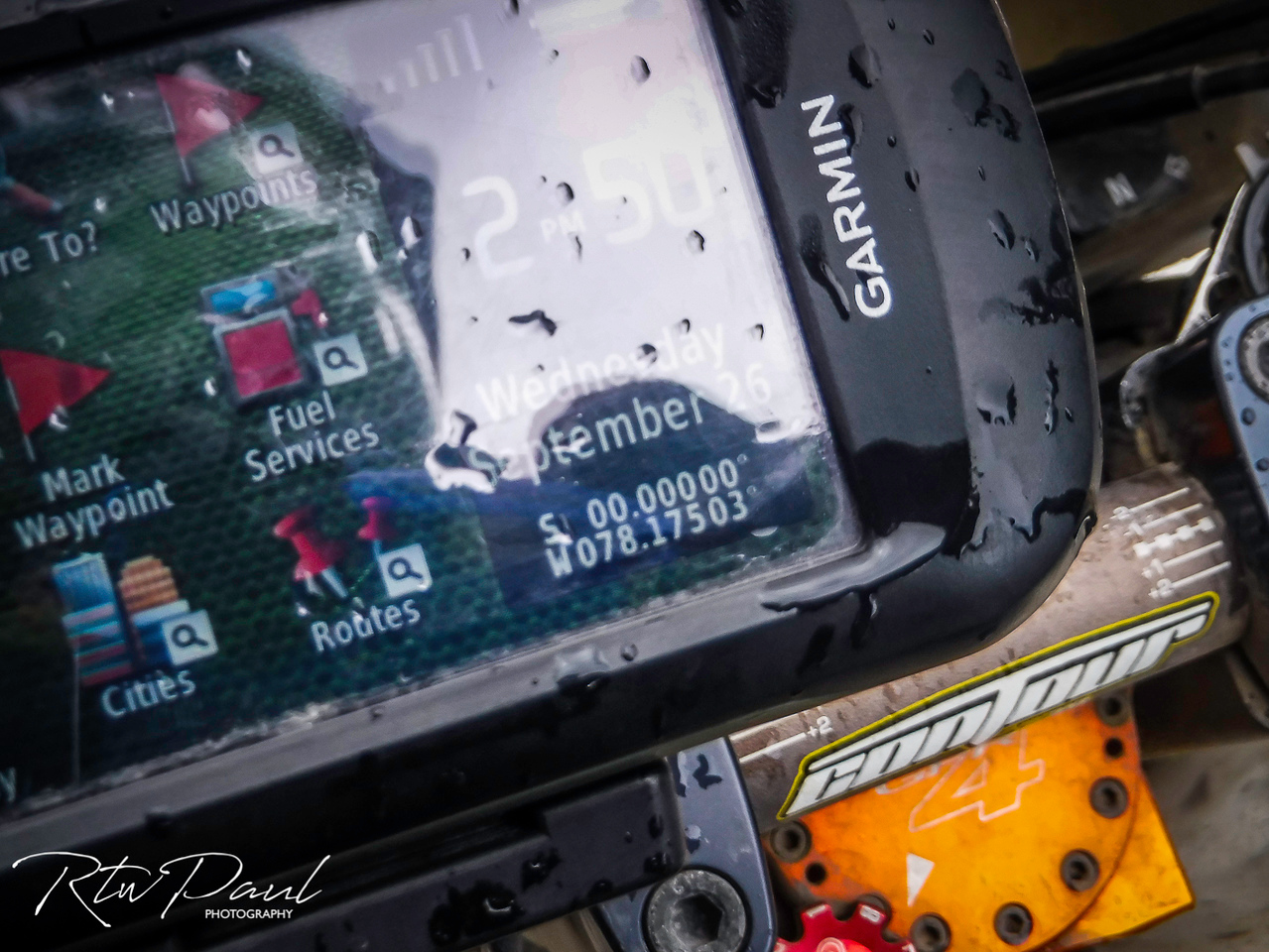 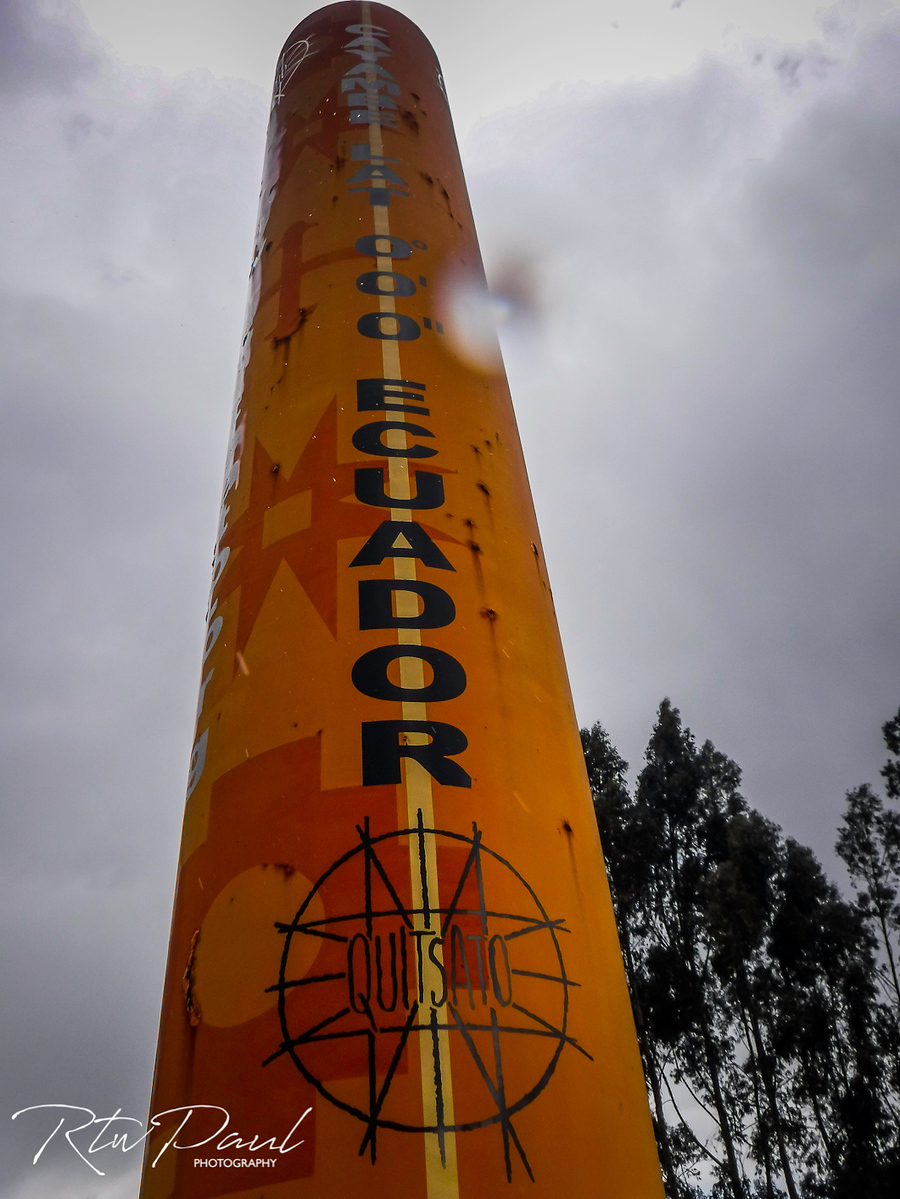 and back to Quito

****Sadly this last section of the trip wasn’t all great, Egle had stayed in Quito and we’d invited someone who we thought was a friend to come and ride with me while she was writing. This turned out to be a huge mistake!

His name is JD Dyess and goes by Skizzman, I am embarrassed to say I even know him!

The person that I thought was a friend arrived in Ecuador and turned out to be the most arrogant, ignorant, disrespectful, and obtuse individual.

Both Egle and I have literally NEVER met anyone like him – I wouldn’t be writing this if it were just a case of a few misunderstandings or simply a mismatch of personalities and riding skills. This was way, WAY worse than that.

His offroad riding skills are not only lacking and nowhere near his Walter Mitty/FIGJAM level that he has an illusion he possesses, why would you lie when you know you will be found out instantly, which they were, they caused close to $600 worth of parts, service, and labor to partially repair the damage he caused by his lack of ability and has now left us with a damaged front rim that we will have to live with for the next two years.

His lack of civility is astounding and the one thing that really rubs me the wrong way more than anything is HE DIDN’T even have the decency to say thank you to Egle for letting him use her bike.

I’d emailed him two weeks ago ( one week after he returned to the US) about all of this with no response whatsoever.

He is not a man in any sense of the word, just a person that has verbal diarrhea when he is in your presence and like to tell stories of how he is the best at everything he does but cannot back any of it up, a real-life Walter Mitty if there ever was one and appears his life is a lie, he is generally a self-absorbed and narcissistic scumbag!

If you only know this person online and have never met him in person, stay away from a face to face, you’ll be glad you did…or unfriend him ASAP

I could write a book about him, and his actions along with the multitude of people that I have subsequently found out that have blocked, barred, unfriended, ignored, or simply do not talk to him anymore.

He is not worth it though, I’d already wasted too much time on this person as it is.

…but put simply, he is an embarrassment to the ADVrider community – #fuckskizzman